What to read: Curl up with a good book

We're all going to be spending a bit more time at home in the coming weeks, so why not settle in and relax with one of these recent releases. 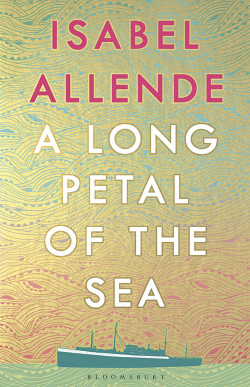 A Long Petal of the Sea by Isabel Allende
Bloomsbury
RRP $34.99

Victor Dalmau is a young doctor caught up in the Spanish Civil War and forced into exile, along with his sister-in-law, the pianist Roser Bruguera. When an opportunity to seek refuge in Chile arises, they take it, boarding a ship chartered by the poet Pablo Neruda to the promised “long petal of sea and wine and snow”. There, they find themselves enmeshed in a rich web of characters who come together over the course of four generations, destined to witness the battle between freedom and repression as it plays out across the world. A Long Petal of the Sea is a masterful work of historical fiction about hope, exile and belonging.

Mickey Fitzpatrick has been patrolling the 24th District for years. She knows most of the working women by name. She knows what desperation looks like and she’s become used to finding overdose victims. When the bodies of murdered sex workers start turning up on Kensington Avenue, Philadelphia, the Chief of Police is keen to bury the news. But Mickey becomes obsessed with finding the perpetrator, before her sister Kacey becomes the next victim. 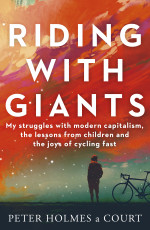 In 2011, international businessman Peter Holmes à Court left the executive world and found himself living deep in rural France with only his seven-year-old twin girls for company. Peter was struggling as a single father in a foreign country. His only plan: to ride L’Etape du Tour, the challenging amateur leg of the Tour de France. In an effort to find some new friends in the community – and a bike for the race – he discovered the region’s small bicycle factory and began learning about the rich traditions of artisan craftsmanship. This is one man’s compelling, informative and funny story about the wisdom of children, the nature of work today, and the science of bicycles. 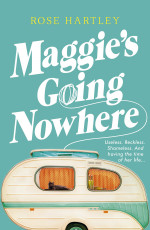 Maggie Cotton’s life is a mess. The day we meet her, she’s dumped by her boyfriend, disinherited by her mum, and kicked off her degree course. Then she receives the letter saying she owes the government $70,000. With a decrepit caravan to call home, Maggie has to prove to her mother she can survive without a safety net, stop her friend Jen from marrying a scumbag, and impress her sexy workmate Rueben. For someone who’s spent her life avoiding hard work, she can move mountains when she’s got a little motivation. A fierce and funny debut introducing a thoroughly relatable and offbeat heroine.

One of Us is Next by Karen McManus
Teen/Young adult fiction
Penguin
RRP $16.99

An explosive new thriller from the author of One of Us Is Lying. Welcome back to Bayview High. It’s a year after the action of One of Us Is Lying, and someone has started playing a game of truth or dare. But this is no ordinary truth or dare; this game is lethal. Choosing the truth may reveal your darkest secrets, accepting the dare could be dangerous, even deadly. The teenagers of Bayview must work together once again to find the culprit, before it’s too late.

On the surface, Tony Lian-Lloyd is a horse-riding, saddle-making cowboy from Quorn. But look a little closer and you will see a rural doctor passionate about his outback town.

Dr Graham Williams is a pianist, scholar, Buddhist monk and teacher who says meditation is as important as breathing.

Professor Helen Marshall from the University of Adelaide’s Robinson Research Institute is one of Australia’s most celebrated and recognisable vaccination researchers, and for good reason. Helen’s specialty is Vaccinology, Immunology and Infectious Diseases, a field of research that the world has become significantly more appreciative of throughout the pandemic. Here, Helen talks about her extensive career and what it’s like to lead game-changing research studies with global impact.