On the market this week is one of Fitzroy’s most prestigious addresses, boasting a spectacular modern renovation and extension completed by current owners Amanda and Mark Obst.

The grand sandstone villa at number 17 Fitzroy Terrace was built circa 1880 for a solicitor and yachtsman named Leonard Bakewell, whose father was a South Australian politician.

Today, some 140 years later, the property’s current custodians are not lawyers or politicians, but bakers.

Amanda and Mark Obst are selling the five-bedroom, four-bathroom family lifestyle property which they have called home for the past eight years while raising their two boys. 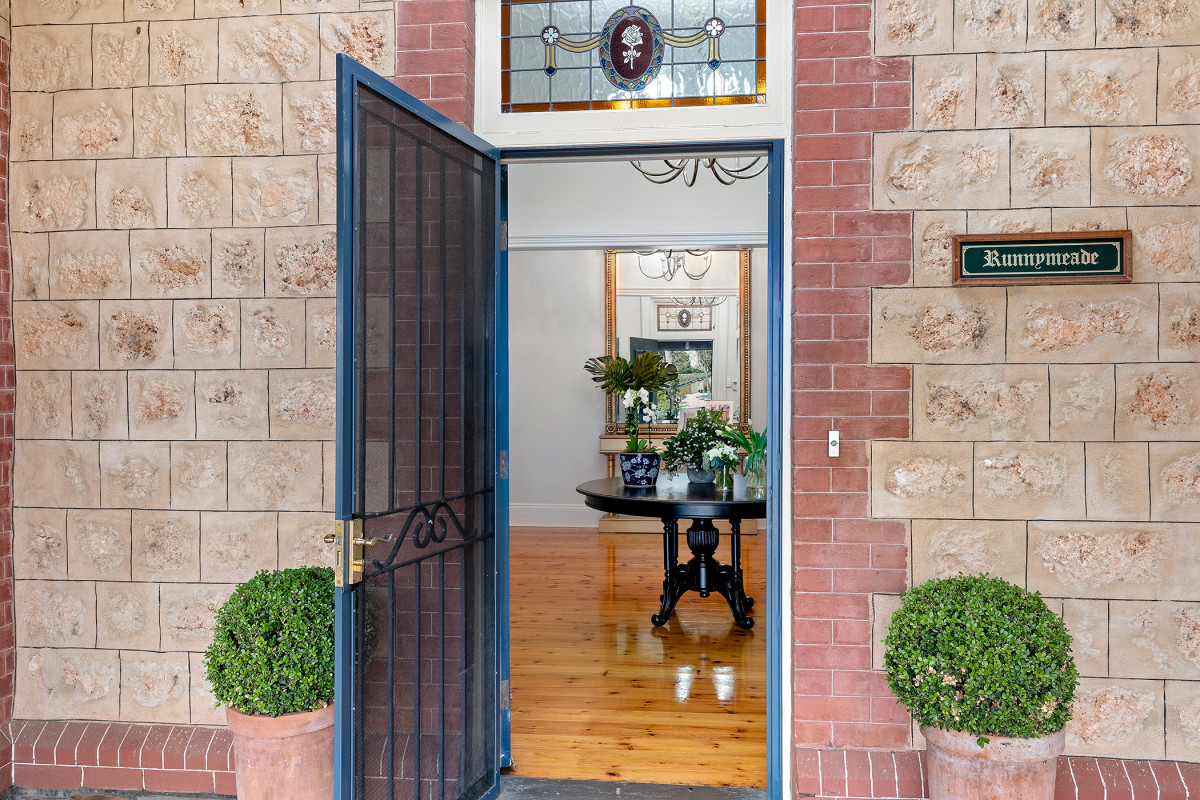 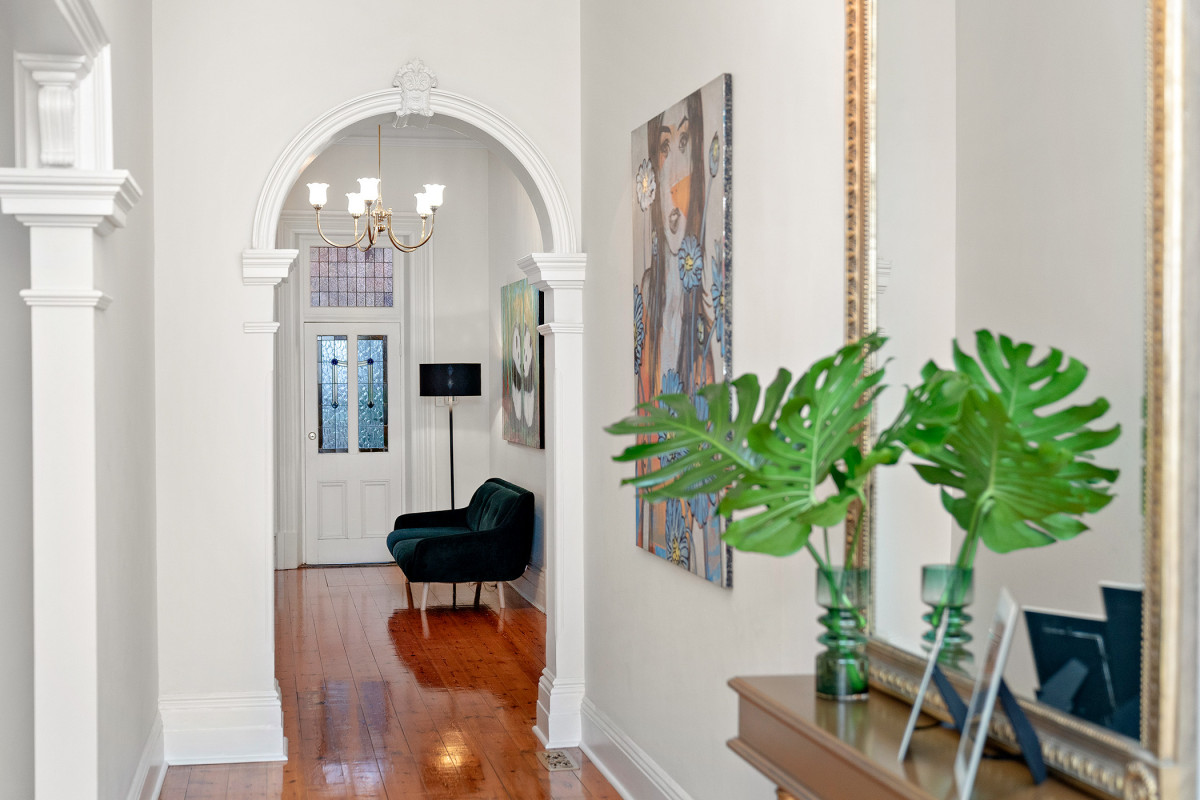 Amanda says they purchased the multi-million-dollar property about seven years ago with a vision to renovate and extend the home, which at the time was dated and “unloved”.

“We used to drive past it all the time. We loved the house and then one day saw the signboard and ended up buying it,” Amanda says.

“It hadn’t been touched for a long time and needed a huge renovation, but we envisaged how it could look. It’s amazing when you look at it now compared to before.”

Amanda and Mark are selling to move closer to the Adelaide Hills where two of their businesses are located. 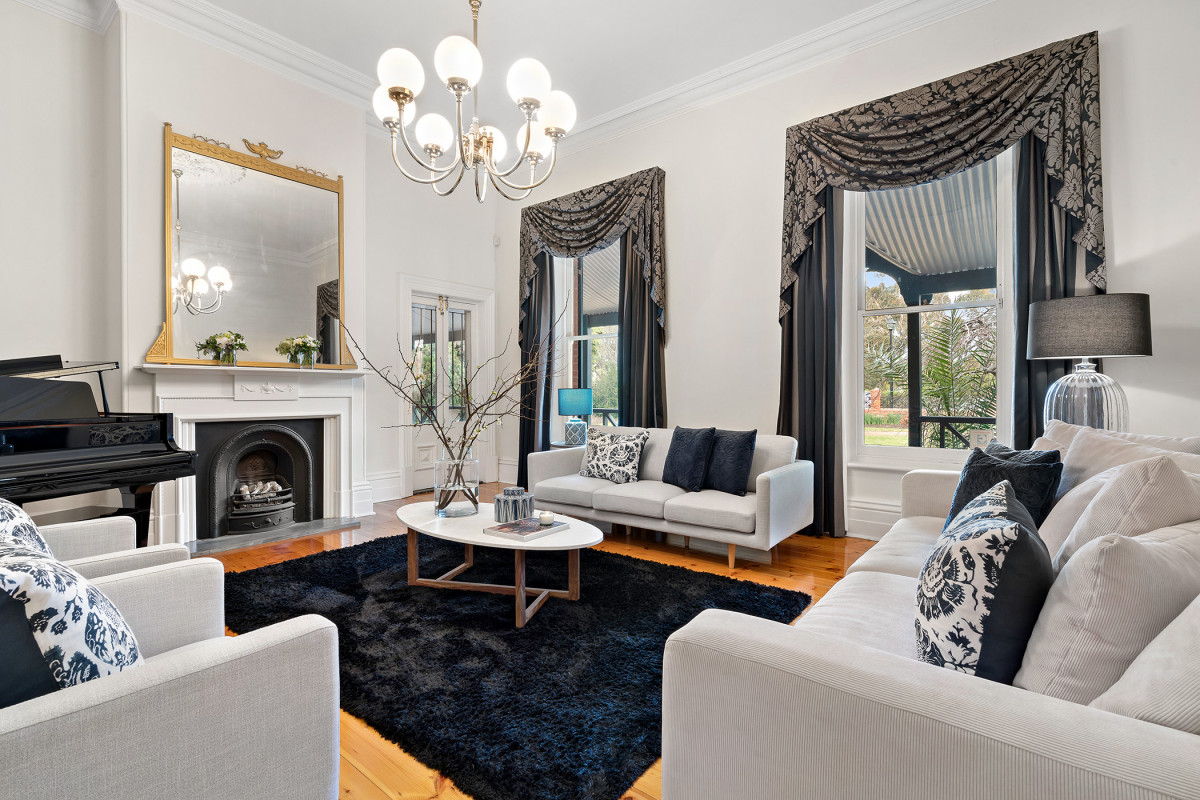 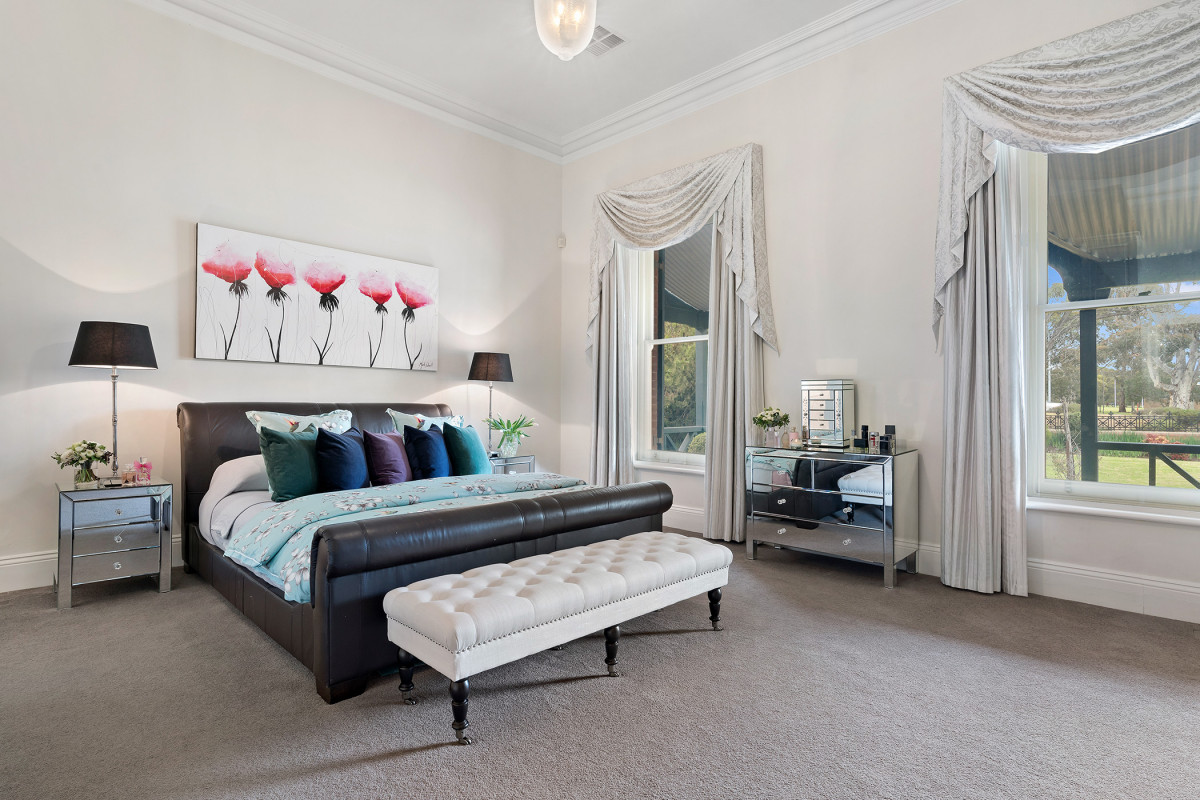 “It is hard to leave, I must say, and to find something that’s comparable. We’ve renovated it exactly how we wanted, so we absolutely love it,” Amanda says.

“I’ll miss the location because everything is within walking distance. We walk to North Adelaide, the cinemas at Prospect, and down to the dog park. It’s great for us because we’re quite active.”

The couple has renovated a few homes over the years, but 17 Fitzroy Terrace has been their largest project.

The design blends classic and modern elements, from the grand rooms in the original front section of the home, flowing through to the modern rear extension. 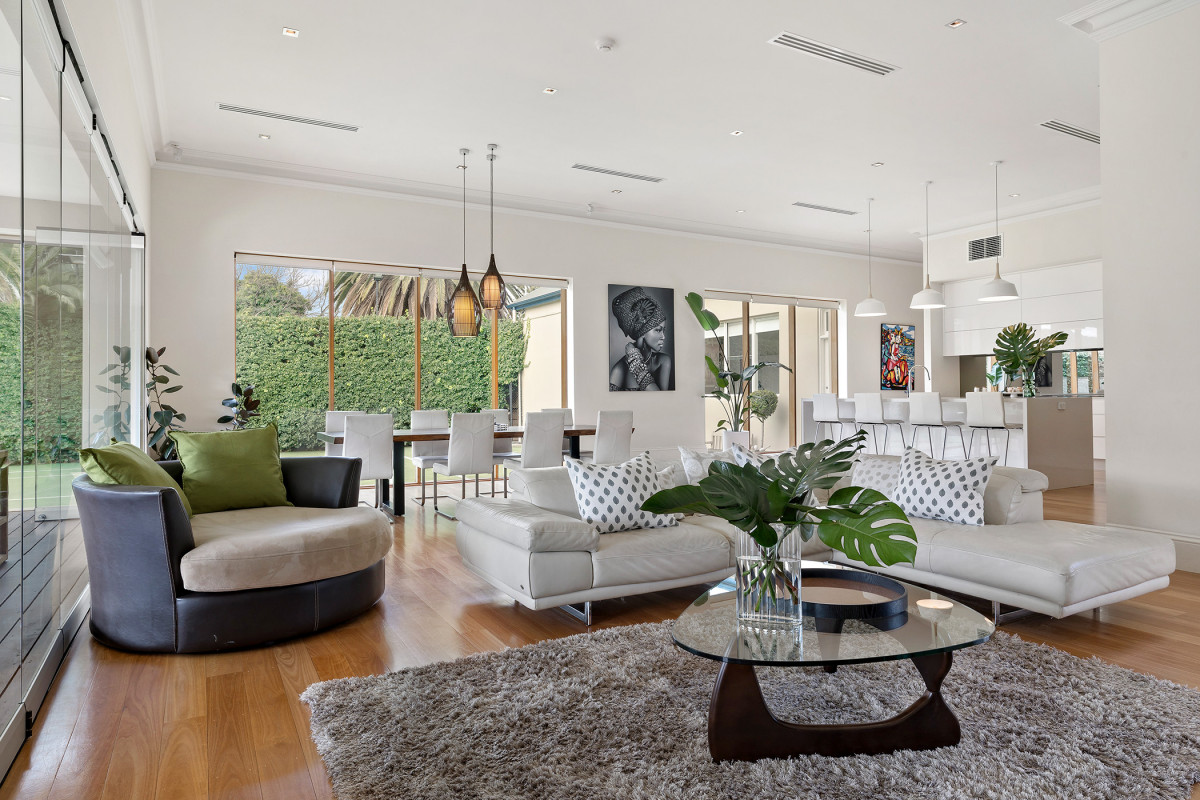 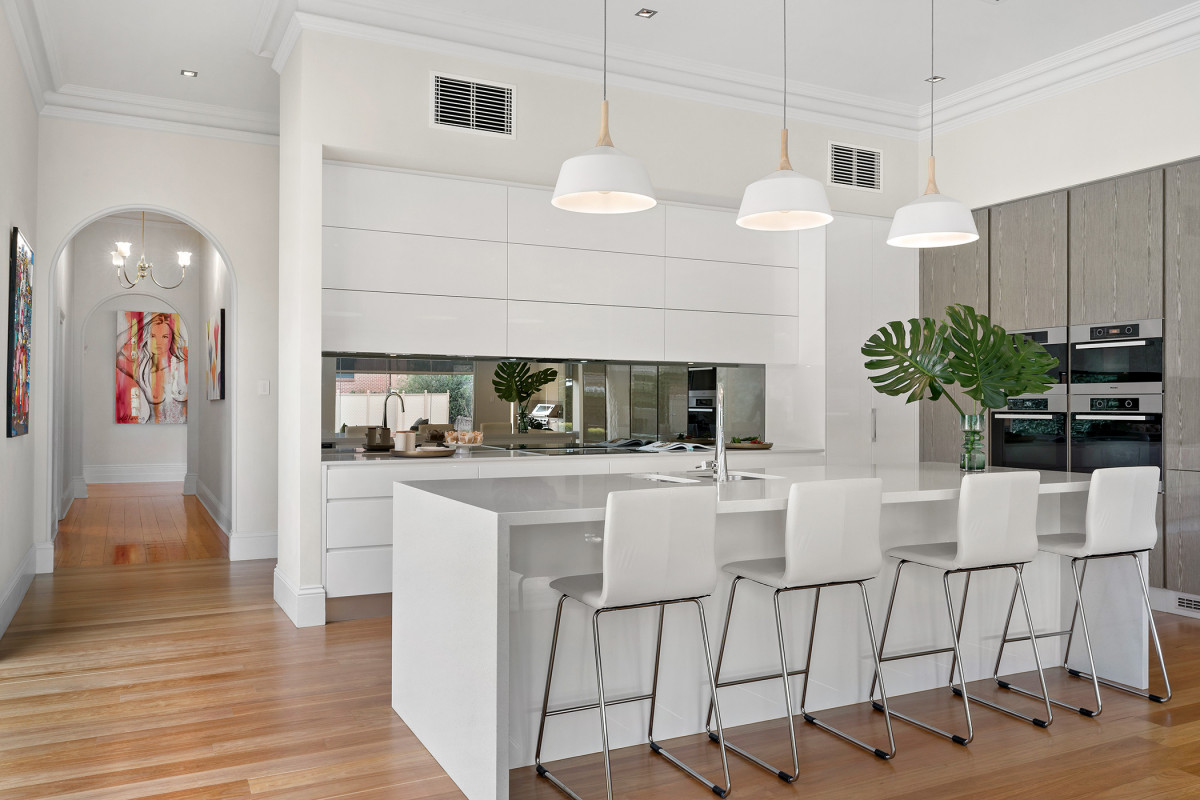 “It’s quite satisfying to see the end product and to think that you’ve changed the house,” Amanda says.

“The way the original house was designed, you couldn’t actually see the pool and there was only a small window to see the tennis court, so it didn’t take advantage of what you had in the backyard.”

The street frontage is a selling point of the home, with many other properties in the area tucked away behind large fencing.

“It’s almost a country home,” Amanda says. “The house is on a big block yet you are just two minutes from the CBD. You don’t often see your neighbours because the houses are quite big and away from each other.” 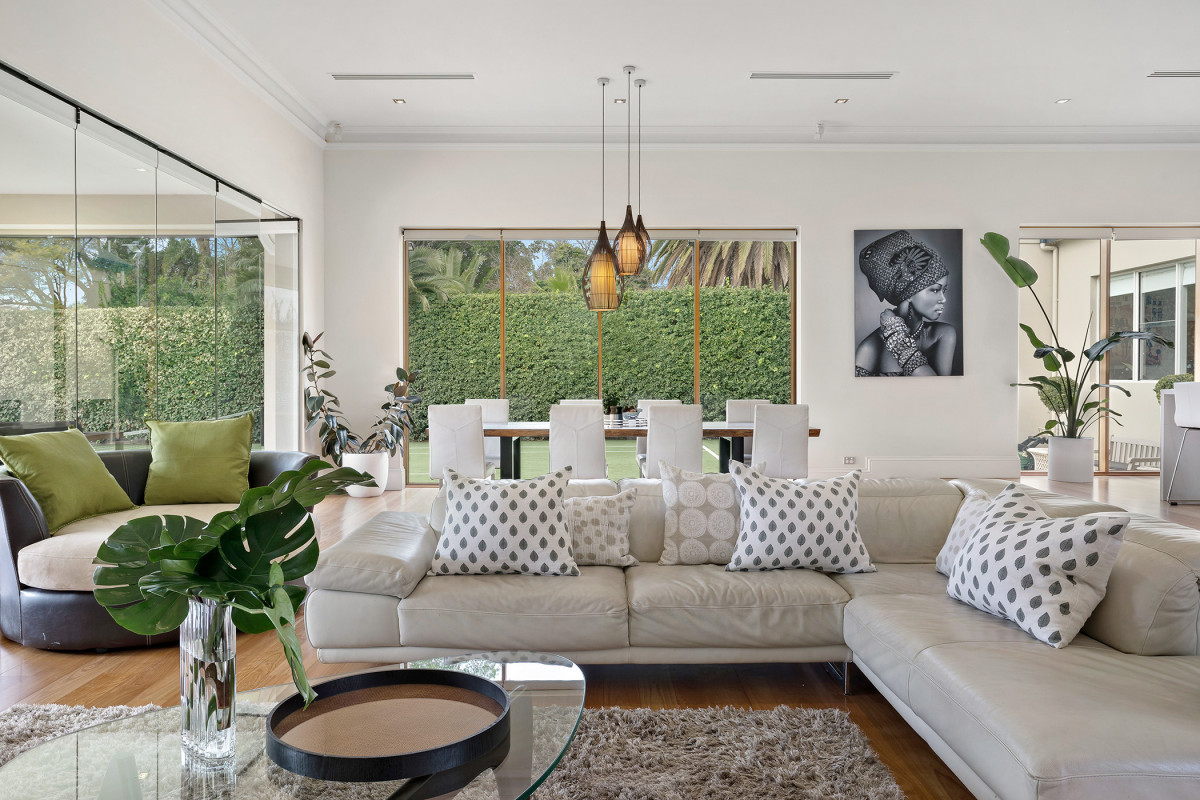 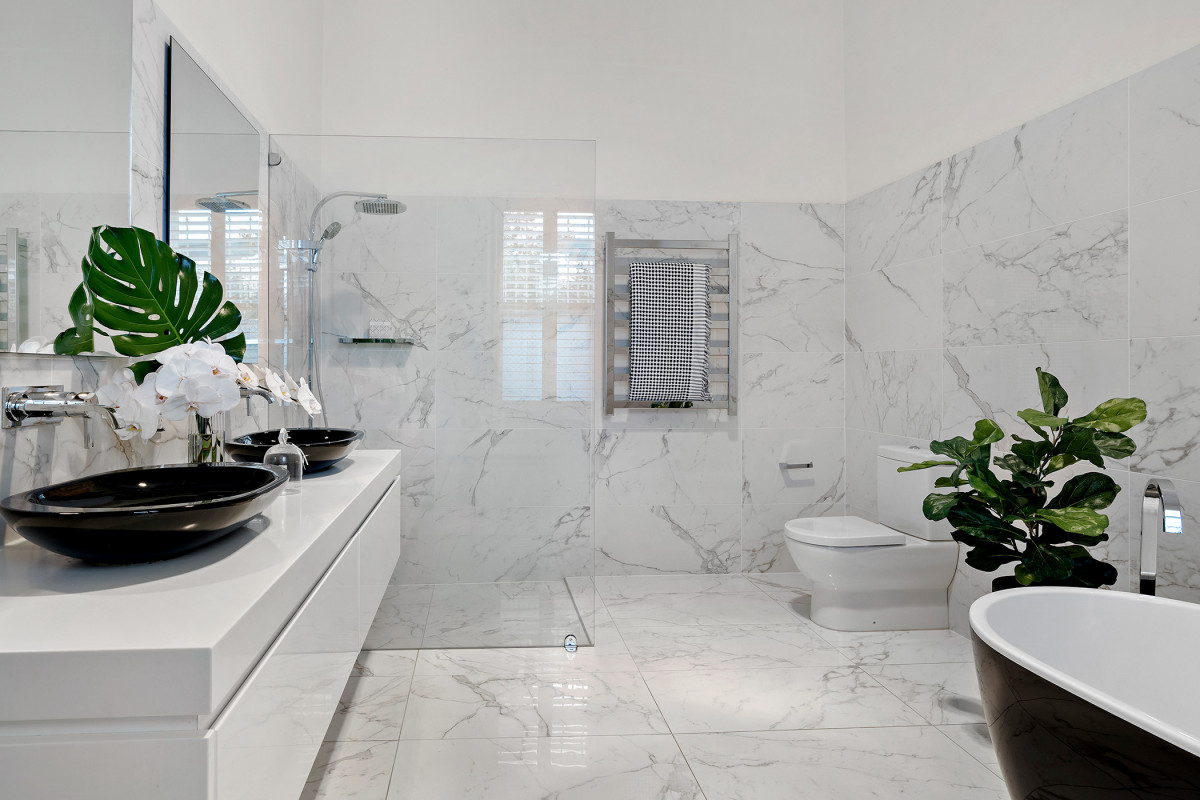 Parkland views can be enjoyed from a formal drawing room at the front of the home with large sash windows and French doors opening to the front verandah.

A home cinema room has been created from what was the original billiard room — a vast space that still contains leadlight windows, window seats, beamed ceilings, fireplace, and verandah access. 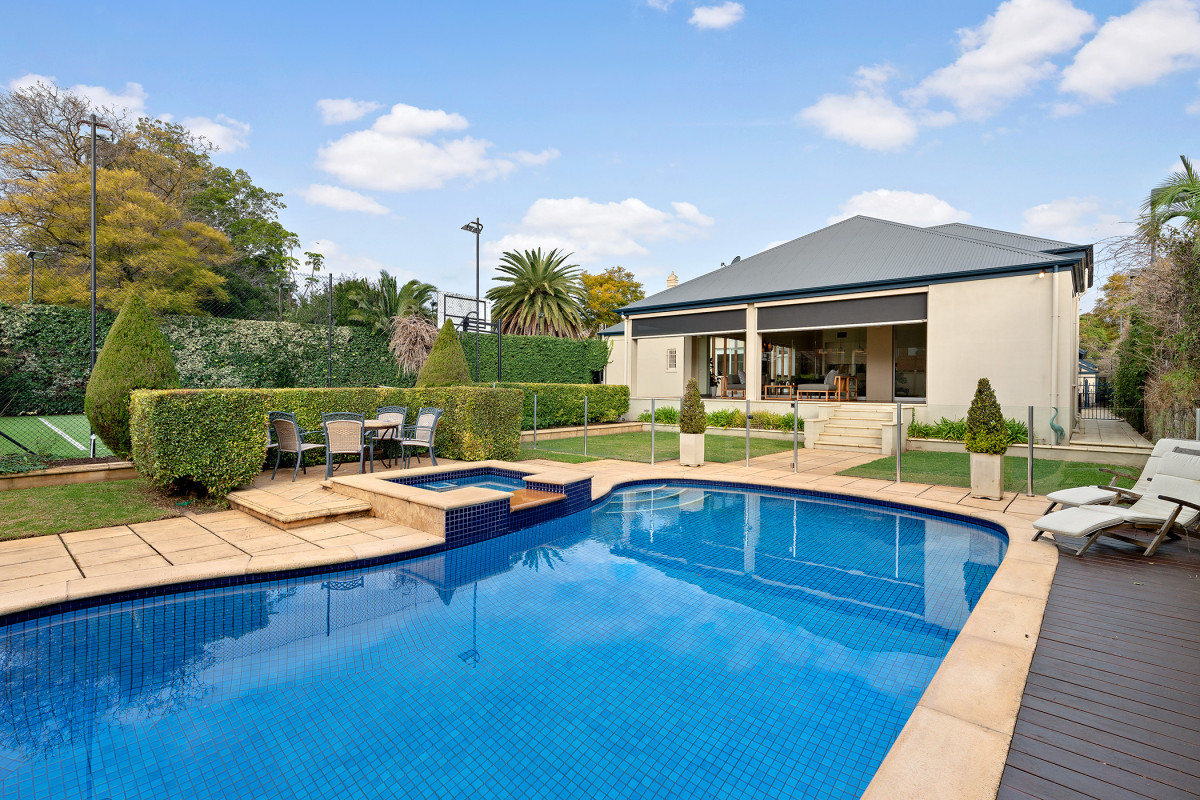 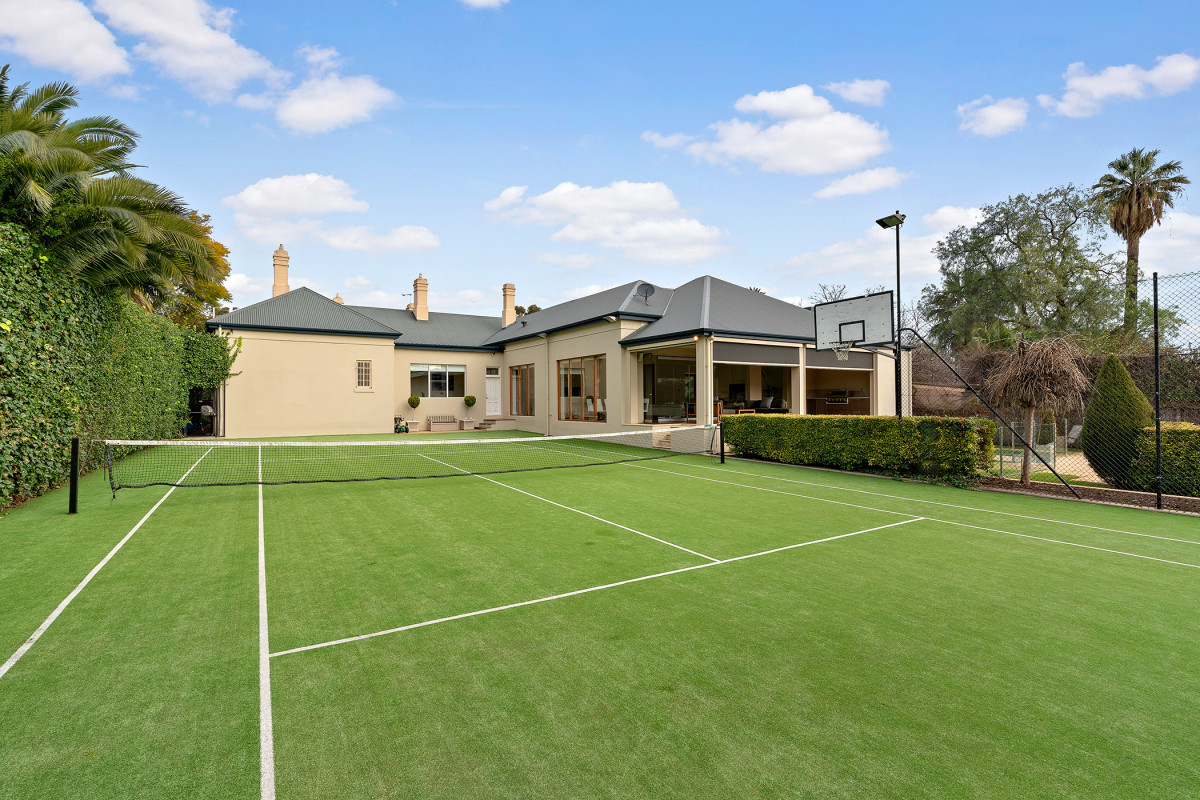 The heritage front section of the home blends seamlessly into the voluminous open-plan area that contains a sparkling new kitchen and modern living and dining spaces.

The kitchen steps down to the casual living and dining area, where glass bi-fold doors open to create an integrated entertaining area which has provided the perfect backdrop for parties and family gatherings. 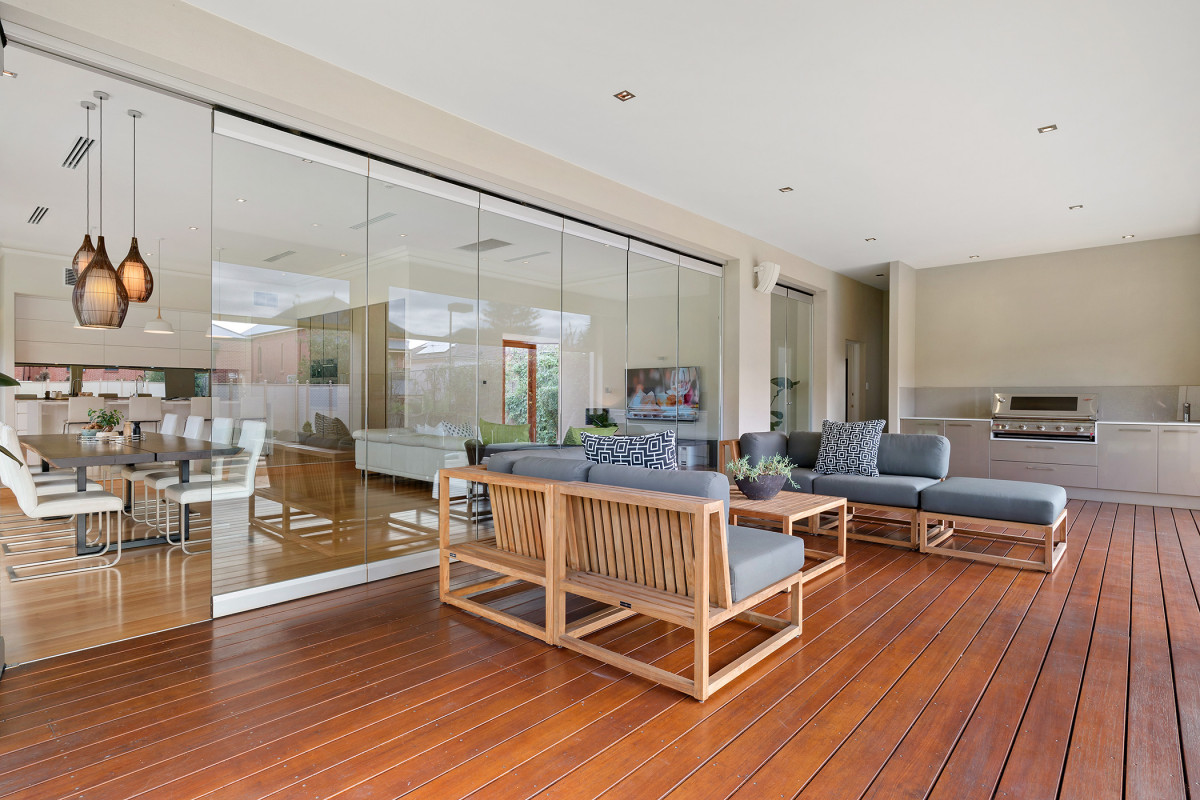 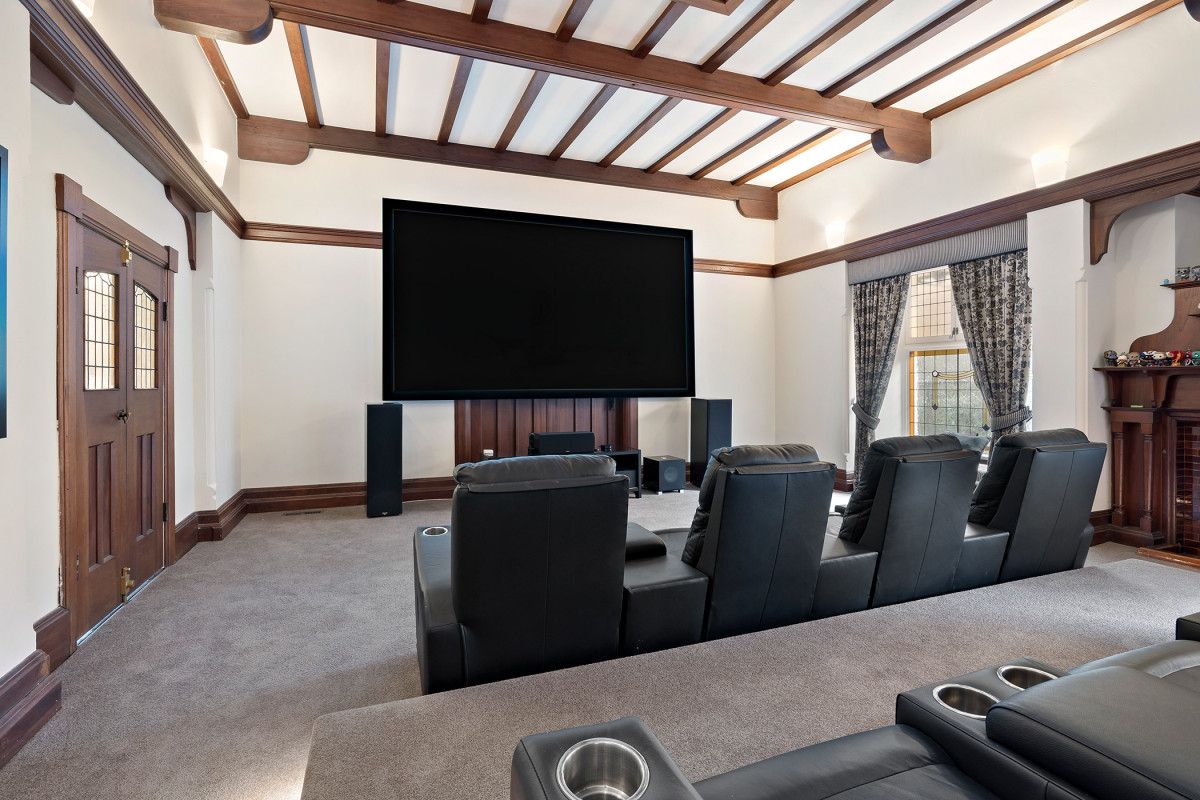 “I love the fact that its open plan. You can be in the kitchen and still see the kids if they’re on the tennis court, in the pool, or on the outside deck.”

Amanda and Mark are immensely proud of the end product. “I think it’s going to be hard for us to find a home that compares,” Amanda says.

“A lot of people walk along our street, and so many people say this is their favourite house.

The sale is being handled by Sally Cameron of Toop&Toop Real Estate. 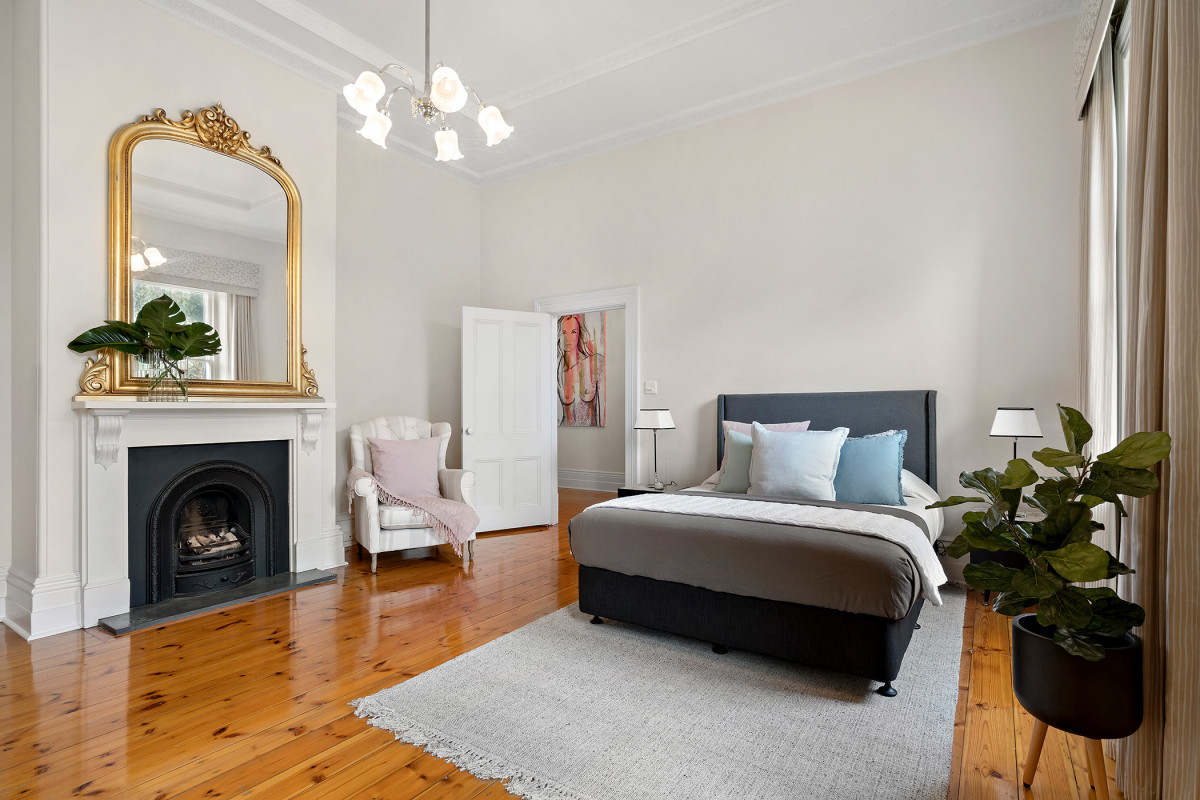 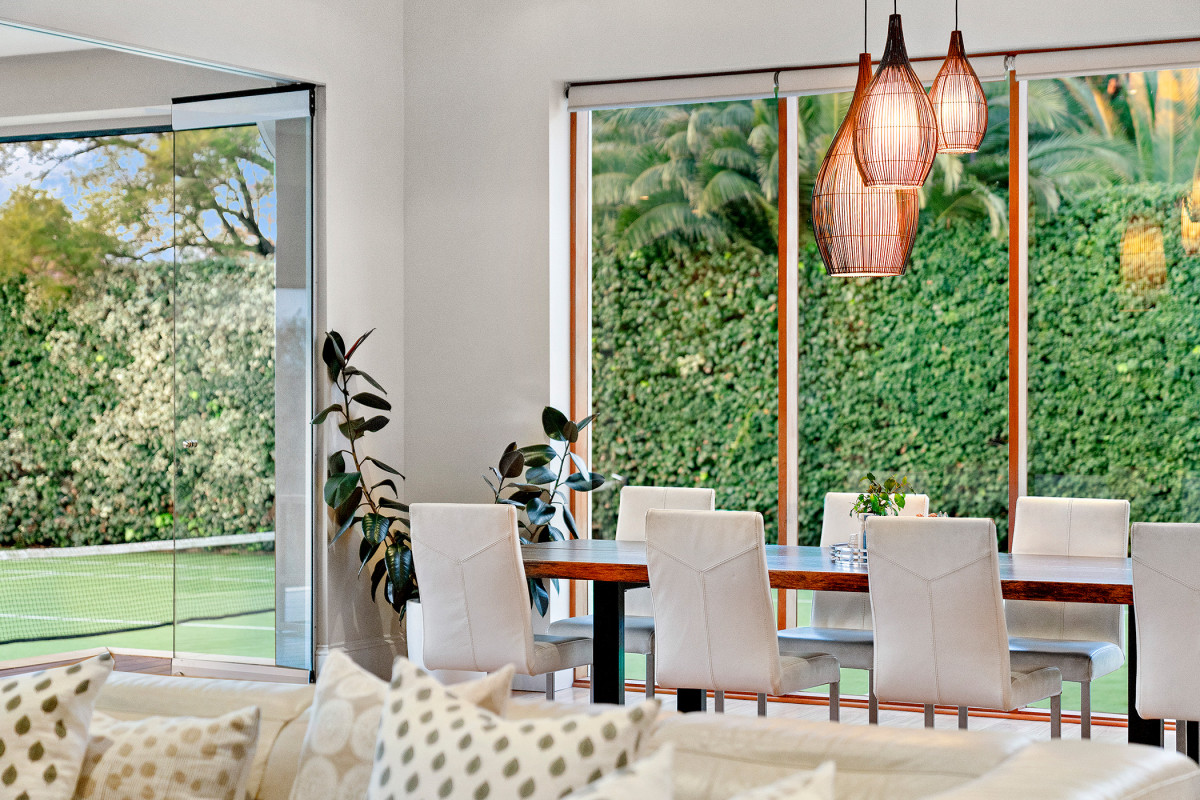