From the swimming pool to the wine room, everything about this historic Alexandra Avenue home is larger than life, finished by the finest craftsmen and ready for the next family to enjoy.

It started as a restoration of “a few bits and pieces” but gradually grew into a major renovation that includes a 25-metre heated swimming pool with Olympic standard lap lane, a wine room with an underwater pool-viewing window and fully-equipped butler’s wing.

Owners James and Elisabeth bought the spectacular Toorak Gardens home in 2010 before beginning the massive alternations in 2012.

The build took two years to complete and in 2015 the home won the SA Master Builders Association Renovation award for a renovation over $1 million.

“It started off as a small to medium renovation but it ended up bigger than Ben Hur,” says James, a doctor. “We just thought if we are going to do this, let’s do it right.” 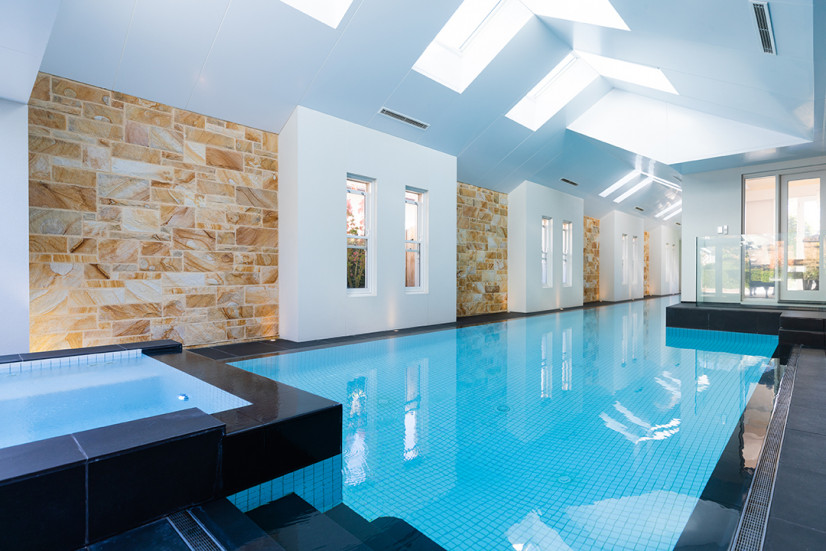 The end result is a stylish, elegant family home with five bedrooms, three bathrooms, a library, formal dining room and much more, all surrounded by manicured gardens, sitting on a 1340 square-metre block.

One of the most bespoke aspects of the home is the window in the cellar/wine room that gives underwater pool views.

“We had to use a special company from the Gold Coast who do windows for theme parks,” James says. “The glass is 58mm thick, you don’t want 100,000 litres of pool water coming into your cellar!

“The cellar is five by five metres and it’s more a wine room, you can sit in there and have a drink and still keep an eye on the kids. The floor is made from recycled oak wine barrels and all the builders liked to come down and smell the merlot coming from the floorboards as they were sanded!”

The couple, who have four children, faced a few hurdles during the renovation, including getting the front fence approved by the local council. That took three months.

“But the fence has to be more in keeping with the house than the area so we finally got it through.”

“Peter mostly did reproductions and renovations, and I actually approached him on the basis of an ad I saw in SALIFE magazine,” James says. “I liked his personal approach and that he sub-contracted the best tradespeople, not like the bigger companies who just use their in-house tradies.

“We went for that individual touch with this house. You can get the bigger companies that promise everything, but you’re not sure they can deliver it all. 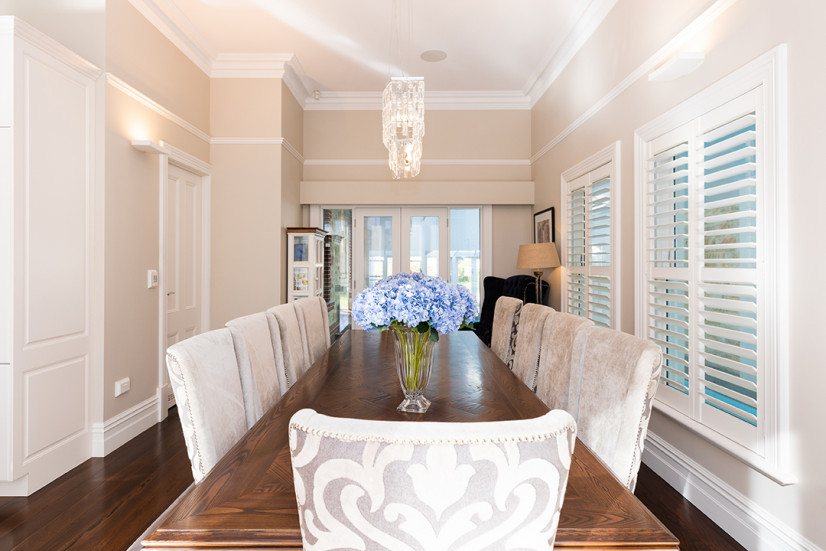 “These guys come out themselves, they have an air of confidence that they can get the job done, solve any problems and treat the project like they would their own home.”

The garden was completely redesigned by Alex Haig from Unearthed Landscaping, while the indoor pool and six-person spa was built by Paul Marchesan, from Marchesan and Sons Pool Design and Construction.

“Paul had been in business for 17 years without advertising, just through word of mouth, so I figured anyone who can do that in Adelaide is worth getting on board,” says James. “He was a small pool builder who had taken over his dad’s company. We are delighted with the result.

“I used to swim at a national level in my youth but now I just do it to keep fit. But the kids love the pool and all their friends come around, too. We love having friends over to entertain and enjoy the house and all it has to offer.”

Other tradies on the house included Walls Brothers for all the joinery, including in the library. 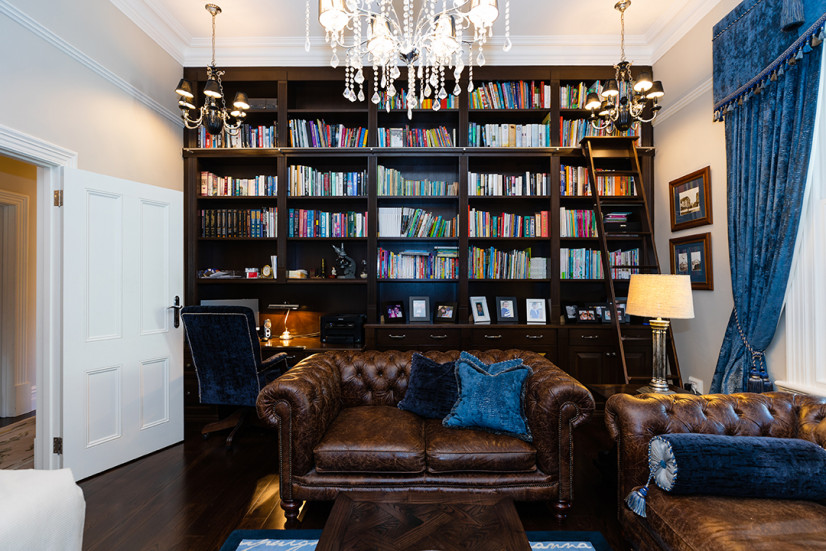 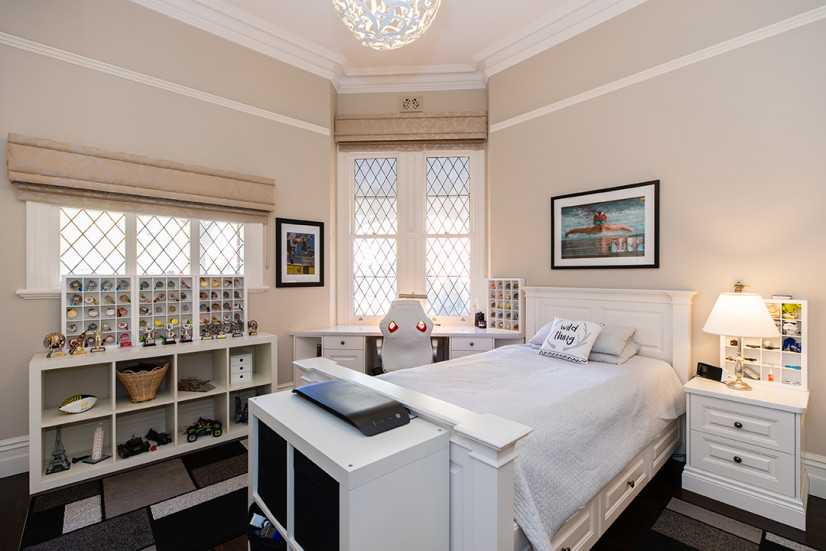 “Everyone loves the library and I always wanted a room with floor to ceiling books, with a ladder, just like in Harry Potter!” laughs James.

The interiors were designed by Mark Wakeling, from Mark Alexander Design Artistry, based in Melbourne.

“I also love parquetry dining tables; a big solid table that you could put things down on and not have everything rattle,” says James. “I found that on Mark’s website and Elisabeth and I loved his style. He is a cabinetmaker and French polisher by trade but also does interiors.

“He flew back and forth for the project and I’d say 80 per cent of our furniture is made by him or sourced by him. He imports from Asia, France; all over.”

The couple also researched the history of the period home, which is why they named it “Alexandra House”, after the youngest daughter of the man who built it in 1900. 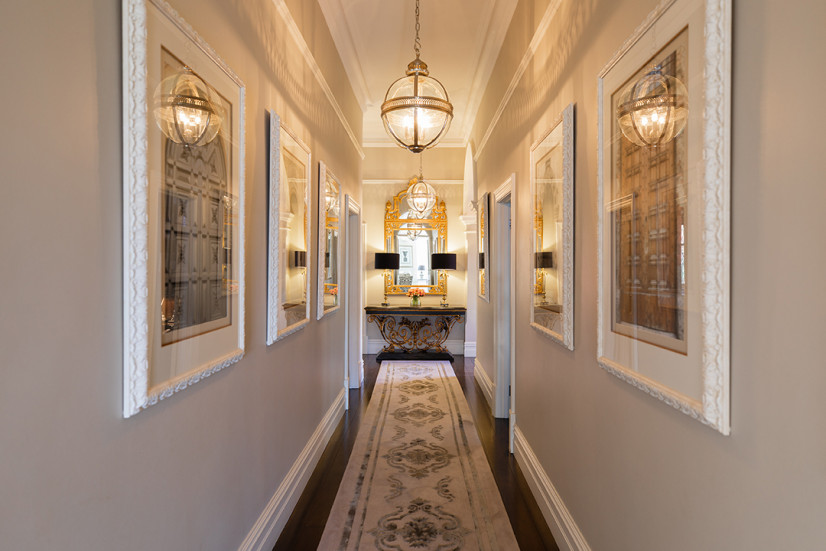 “Since then there have only been five families who have owned the place with the minimum number of children of these families being four,” James says.

“This is a family home with a history but it doesn’t feel like it’s fragile. It’s old but it’s modern. It’s a great home for entertaining those in primary school right through to us with a few grey hairs!”

While the couple had planned this to be their “forever home”, they are moving interstate for family reasons.

“It’s hard to leave but with each new chapter in a book there’s something exciting around the corner,” says James. “This house is something my wife and I have always worked towards but we’ve been here several years and it’s time to move onto something different.

“We’d love to do the complete opposite next time and do something really modern. It’s time to move onto the next dream.”

The home is being handled by Toop & Toop agents Tim and Megan Thredgold and expressions of interest close on September 19 at 5pm. 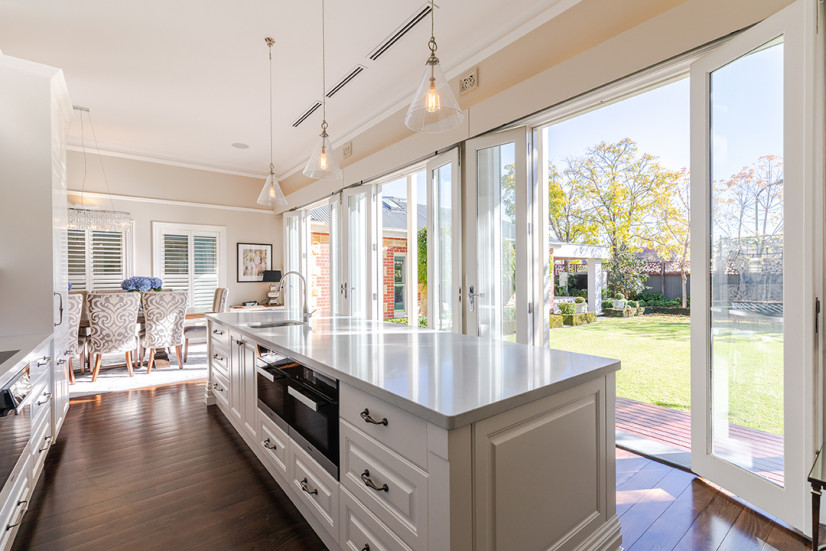 No expense was spared in the intensive renovation and modern extension of Vito and Anya Rinaldi’s 110-year-old villa in one of Adelaide’s top suburbs.

The best of both worlds

When you feel a pull towards both the country and the city, the perfect solution is to find a happy medium that provides the best of both worlds.

Out & About: Lunch with Judy Murray

What’s on: The Tour Down Under begins and support for bushfire relief