Mad March isn't over yet, with plenty of small-scale festivals, workshops and live theatre in Adelaide and around South Australia this weekend.

For art and love

On Saturday, March 26, the State Opera will present Puccini’s epic love story, La Bohème under the stars at Glenelg beach, with a cast of Australia’s best voices and the Adelaide Symphony Orchestra. Set in 1930s Paris, young dreamers Mimi and Rudolfo meet and fall in love. Their highs and lows become the setting for one of opera’s most lush, romantic scores. Bring a blanket and pre-order a “savour the moment” or “sweet kisses” picnic basket for one special night at the opera.

Fall in love with cinema during the Alliance Francaise’s French Film Festival from March 24 to April 26 at Palace Nova Eastend and Prospect cinemas. A curated selection of 42 films has been chosen for this year’s festival with recurring themes of courage, generosity, equality and team spirit. The line-up includes opening night film Lost Illusions by Xavier Giannoli, the story of Lucien de Rubempré, a young, lower-class poet, madly in love with the baroness Louise de Bargeton; The Velvet Queen, a documentary by Marie Amiguet about the snow leopards of the Tibetan highlands; La Traviata, My Brothers and I about hope, chance and overcoming adversity, and romantic comedy Hear Me Out.

The Adelaide Fringe will be heading to Mount Gambier on Friday, March 25 for the opening night of FRINGELAND at the Mount Gambier Showgrounds. There will be a smorgasbord of live music and entertainment alongside a twilight marketplace with an abundance of bars and food trucks. Enjoy the arts with video architecture projections and visual arts displays, or purchase a ticket for the adults-only show, MOIST at 8pm.

Story for the soul

Written and directed by Conor McPherson using the songs of Bob Dylan, Girl from the North Country is an uplifting story of American life in 1934 Minnesota, where a group of wanderers cross paths at a guesthouse. Standing at a turning point in their lives, they realise nothing is what it seems, but as they search for a future, and hide from the past, they find themselves facing unspoken truths about the present. Girl from the North Country will be playing at Her Majesty’s Theatre from Friday, March 25 to Sunday, April 10 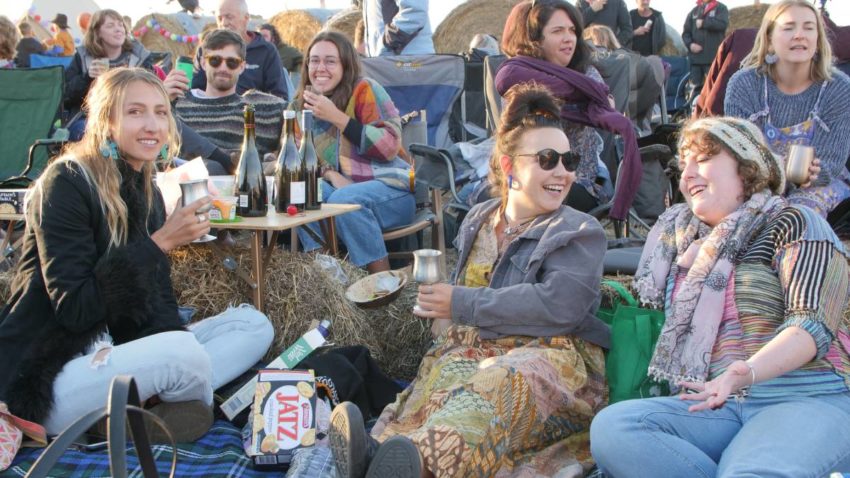 The Kangaroo Island Fringe is taking place at The Shearing Shed in Eleanor Downs on Saturday, March 26 with a festival line up of everything from theatre to circus, music to magic and comedy galore. There will be live performances, roaming artists and a selection of delicious outdoor food and bar options to tantalise your tastebuds. The Kids Corner will also offer workshops, face painting, games and activities for the whole family to enjoy.

Learn the basics of wild fermenting with a day of deliciousness on Sunday, March 27 at Papershell Farm. Learn how to make tasty probiotic drinks water kefir and kombucha, with a take-home the mother-culture to continue making them for yourself. You’ll also make kimchi and sauerkraut and a quick pickle in brine, learning great fermentation techniques to preserve fresh ingredients for months and improve your gut microbiome. Included in the ticket price is a two-course lunch at Papershell’s Harvest Table, made with seasonal produce from Papershell Farm alongside wines, tea and coffee from the Almond Door.

On Saturday, March 26 head to Penley Estate for an afternoon gathering of entertainment, comedy and wine with Grapes of Mirth. Join host Harley Breen and his comedian friends as they provide an afternoon of stand-up delights alongside wine from six of the region’s producers and bites to eat from local food trucks. Pack your fold-out chairs and picnic rugs and prepare to soak in the sunshine on the Penley Estate lawns.