The Art Gallery of South Australia’s book clubs are about more than ticking off a list of books. The groups are about learning and exploring a shared passion. 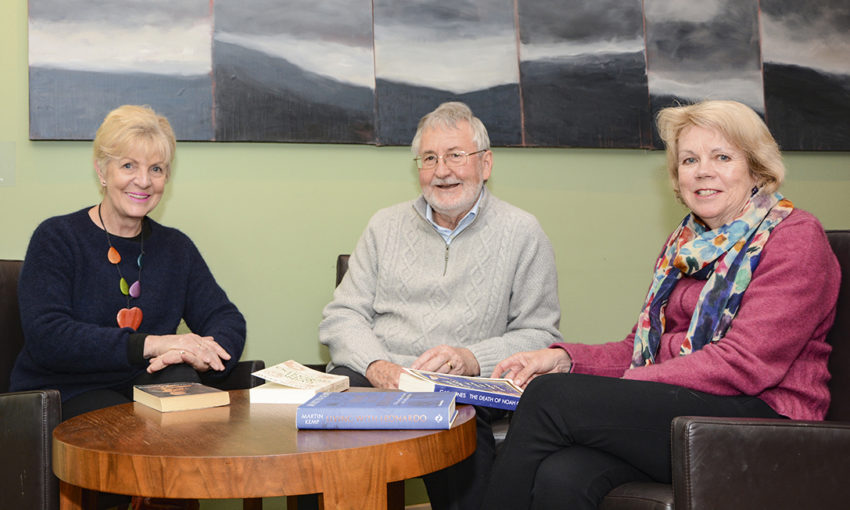 At many book clubs, it’s common to hear a round of apologies, with some members not quite making it through that month’s book. Not so at the Art Gallery of South Australia’s book clubs.

Everyone shares a passion for art, and all the books are centred around that passion.

Members of the book club are also members of the AGSA, so it goes without saying they don’t have to be prompted to tackle the reading list, which is an interesting look at different topics in the art world.

This year, books have been about anything from art museums around the world to the biography of a Jewish artist during WWII. They’ve also explored the story of an art forger, the history of colour and the pre-Raphaelite artists of the 16th century. The groups also make a point of including Indigenous-themed books — this year’s was a biography about Albert Namatjira and Rex Battarbee.

Even though the books all have an artistic background, every month brings something different to the readers. There are biographies, autobiographies, historical fictions and scholarly texts.

The benefit of setting themselves up in the member’s lounge is the proximity to the gallery’s collection. In the first instance, they try to find books that relate in some way to the art housed at the gallery and, if there are relevant pieces, they’ll end the meeting with a visit to those works.

So popular are the book clubs, the AGSA currently run seven groups, with 75 members all up, and a waiting list for others wanting to join.

One of the group’s facilitators, Christine Guille says while all groups read the same book each month, they’re all run quite independently.

“Each facilitator runs their club the way they want to run it and the way their group is happy with,” Christine says. “Some are more structured than others.”

Christine says the latest book, Martin Kemp’s Living with Leonardo, had her group divided, but in Michael O’Donoghue and Naomi Reschke’s group, the discussion was quite complimentary, though it’s not always so.

“One of the fabulous things about it is that people have such diverse opinions,” Naomi says. “Someone will like a book and think it’s the most brilliant thing they’d read for a month, and someone else will have such a contrary opinion. If you come with a particular point of view and hear other points of view, it makes you think a bit and reflect on content and what’s being argued.”

The facilitators say their group is very informal — there are no lists of questions for everyone to answer; it’s simply a pleasant chat.

They sit around a table, books at hand, but also with iPads. It’s a group for the digital age, they watch YouTube interviews with authors and search online for more information about artists and topics.

There’s a strong element of education in the groups, but as book clubs tend to do, they bring out social tendencies in the members. Several of the groups meet for lunch before or after their meeting, where talk is inevitably about art, but also about grandchildren, holidays and life away from the gallery.

Although, it’s hard to veer away from conversation of their shared interest for long.

Some of the members are artists themselves, a couple who recently exhibited in SALA. There’s also a former art teacher, so the groups aren’t short of technical input.

Many of the members are also tour guides at the gallery and love being able to share their passion, not only with each other, but also with the public.

So, next time you go on a guided tour of the AGSA, ask your guide about the last book they read — you might just get a great recommendation.

This story first appeared in the September 2019 issue of SALIFE magazine.