Perfection in gardening is a rare quality, one that is both a natural gift and a skill acquired through a lifetime of plant knowledge.

I have known my mate Peter for many years, he has led an interesting and fulfilling life, that has had many facets to it. He gained the name “Perfect Pete” because everything he put his hands to, is always … well, perfect. It’s vexing, to say the least.

Space and time doesn’t permit me to tell his full story, so here are just a few words about Perfect Pete the gardener. Peter has good credentials when it comes to gardening pedigree. His grandmother, Elsie, was an award-winning gardener in the 1930 and ’40s, her garden was also open to the public to raise money for various children’s charities, being a garden that was thoroughly child-friendly. Full of grottoes and secret gardens, it was a treasure trove of plants, statues, elves, ponds and — yes — fairies down at the bottom of the garden. Perfect Pete’s heritage doesn’t stop there, as his great great grandfather, John Coleman was in service as a gardener at Windsor Castle during the reign of Queen Victoria.

Peter also grew up with parents who loved gardening, so it wasn’t surprising that he was destined for a career in the garden industry. At the same time, he developed and established many family gardens along the way.

Peter had formal training in his years while attending Urrbrae, also while growing up on the small family farm at Morphett Vale, tending to vines, thousands of almond trees and about as many chooks.

When still quite a young man, Peter with his family developed a Garden Centre at Royston Park, in which he was involved until the early 1980s. A break of seven years followed when he was national green life buyer for a chain of garden centres, but the call to start his very own gardening business was growing ever louder, so, with wife Di and son Sam, he set up his very own garden centre at Brighton and ran the award-winning business for more than 18 years.

A few years of semi-retirement on a rural property, once again he and his family ran a small nursery in Hahndorf, then sold it after a few years and purchased a jewellery and gift shop called Ophelia Cottage, which is now run by their daughter Georgie.

So, with genuine retirement finally on Perfect Pete’s radar, the challenge for a fit 70-something person was just how to fill in the days — caravanning, travelling and gardening!

Downsizing from their rural property into a small retirement house in Hahndorf once again presented Peter with a major project. Time to tidy, remove odd plants, re-establish and reshape yet another garden. I remember visiting Peter and Di when they first moved to this new home and thinking what a challenge it was, even for anyone of younger years to attempt. However, if anyone could turn this underdeveloped garden into a paradise, Perfect Pete was just the person to do it. I have often said that to design and construct a small garden is sometimes much more difficult than a larger garden area. 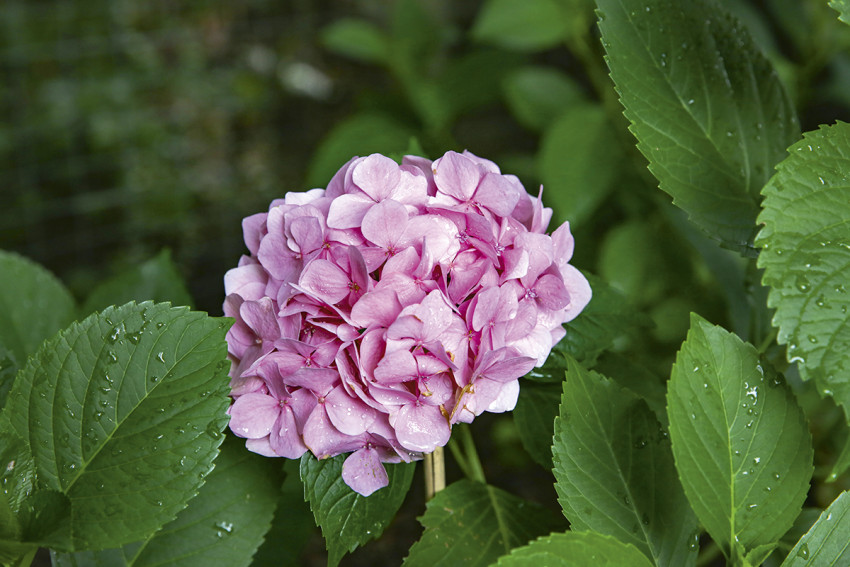 It was a garden of very few plants and a most basic design, but that was all to change. The block also included a creek, so careful planning had to incorporate not only this factor, but also a garden shed, lawn, for both front and back areas, screening plants, room for a veggie garden and a few shade trees thrown in as well.

It is a blessing to have many skills in life, but to understand and know plants is one that only comes with years of hands-on experience and making mistakes along the way. Over the years I have worked with various excellent garden designers and amazing landscape architects and — this is not meant as a criticism — the one weak link in their arsenal of creativity and design is the lack of plant knowledge. Peter is not only a good practical garden designer, but he has the gift of being a plantsperson.

This is most evident when one arrives at their now well-established property. The garden is now some eight or so years old and is nearing its prime. The entrance from the front boundary to the house is tastefully screened by a row of blue agapanthus, a “perfectly” manicured, weed-free lawn (as you would expect!) then a row of nandina in front of a taller planting of columnar prunus trees — a combination that looks stunning. 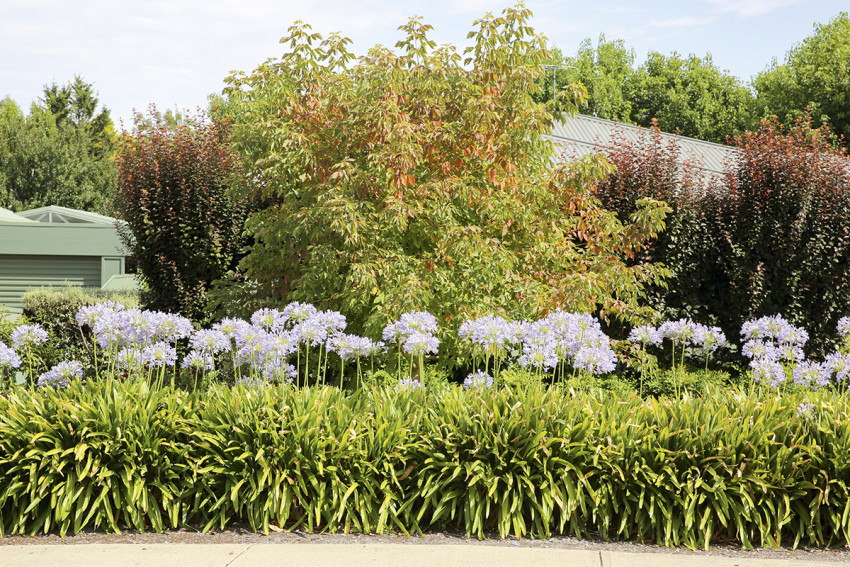 The side and back garden areas don’t disappoint. The creek line has been cleared and planted out with Manchurian pears that offer an amazing amount of shade, just right for the understorey plantings of hydrangea and other shade-loving plants, but which is slowly robbing the veggie garden area of valuable sunshine. So, some of the veggies are now grown in containers placed in a sunnier area.

The rear garden again is bordered by a mixture of screening plants, simple and functional, a small garden shed, some garden accoutrements and yes, another “perfect” weed-free lawn.

Peter and Di’s garden is easily maintained by them, with a few larger jobs carried out by a younger landscaper friend from time to time. It is a truly functional, dog-friendly retirement garden but would equally suit a young family. It is also a fine example of what can be achieved with careful planning, plant selection and ongoing care and maintenance.

I hear you ask, who this Perfect Pete and does he really exist? Well, I am proud to say he is my “perfect” big brother!

This story first appeared in the February 2019 issue of SALIFE.

Out & About: Gourmet gathering

The City of Unley held its 20th annual Gourmet Gala on the newly-refurbished King William Road, where attendees gathered to enjoy food, music and fashion.

A lovingly restored mid-century family home in one of Adelaide most sought-after suburbs is on the market for the first time in three decades.

There's a lot to celebrate this long weekend with Crush Festival, Australia Day events, Fleurieu Beer Festival and much more.