Former Australian Treasurer John Dawkins and his wife Maggie are selling their incredible 64-hectare Barossa lifestyle property with an award-winning vineyard, picturesque garden, and space for horses and livestock.

Maggie and John Dawkins at the entrance to their property ‘Innisfree’ at Eden Valley. The couple are selling their home after more than 25 years.

If there was a list of Australian Treasurers who could competently shear the fleece off a sheep, it wouldn’t be very long. But John Dawkins would be on that list.

John, or “Joe” as he is known, spent 20 years in politics including as Treasurer in the Keating Labor government from 1991 to ’93.

These days John, 73, lives with his wife Maggie on their 64-hectare property, Innisfree, in Barossa’s Eden Valley.

John and Maggie are still impressively active on the property, from managing their award-winning vineyard and fixing the odd fence busted by a kangaroo, to tending their manicured country-style garden and looking after their sheep.

“There were a few shearers who made their way into parliament on the Labor side, but of those who became Treasurer there would be few who were able to wield a handpiece, although it has been a long time since I have done so,” laughs John. 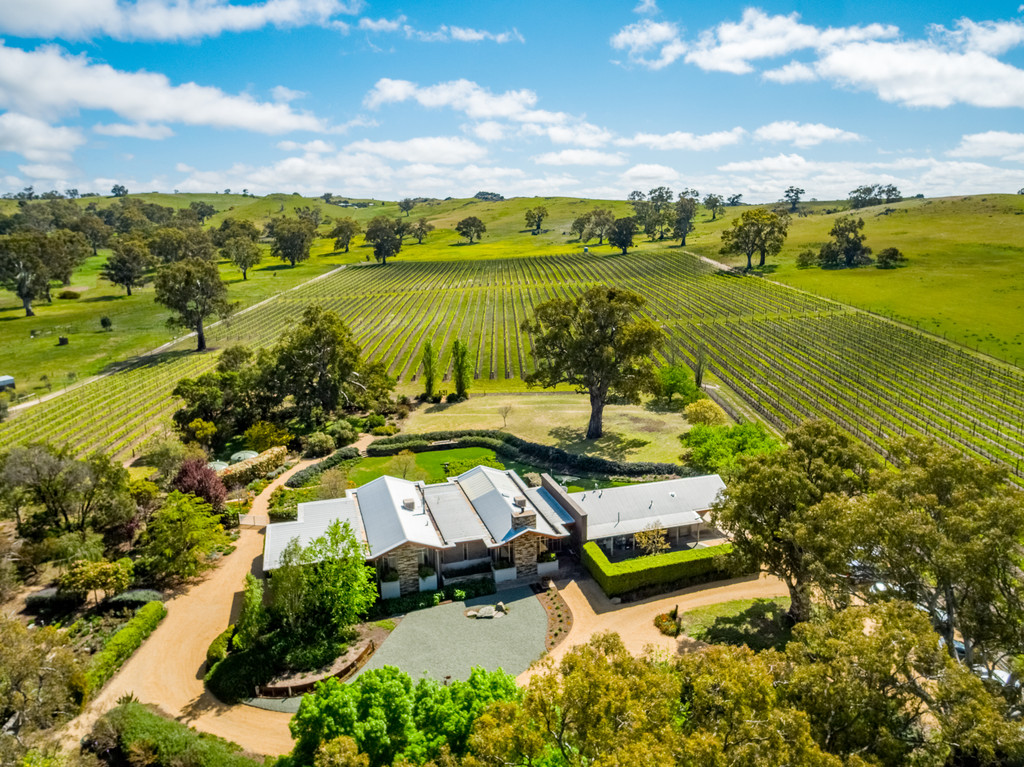 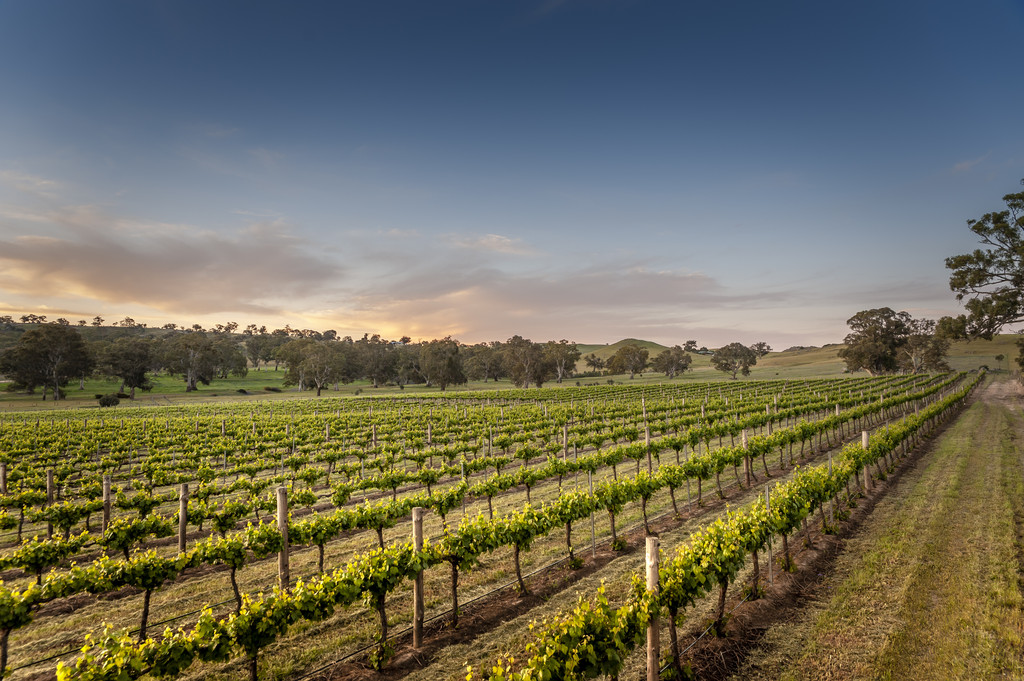 The culmination of a dream for both Maggie and John, Innisfree is a sprawling rural property on which they have grown award-winning vines and run an acclaimed pony stud.

It has also served as a perfect childhood home for their daughter Alice, providing the opportunity for her to compete in equestrian at an international level.

“It has been a place of peace and solitude, but also invigoration,” says John. The couple will miss the wide-open space, but there are no regrets.

“One of the reasons we’re selling this place is that it’s become a bit too much for just the two of us. We’ve enjoyed being here immensely, but we’re keen to downsize our lives in every respect,” he says. 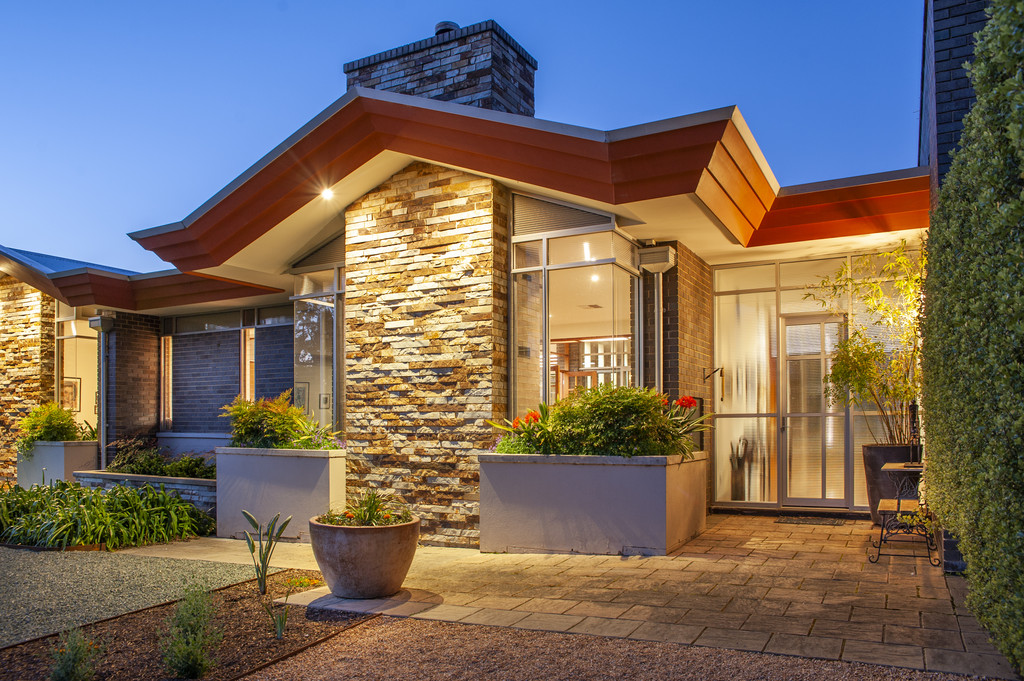 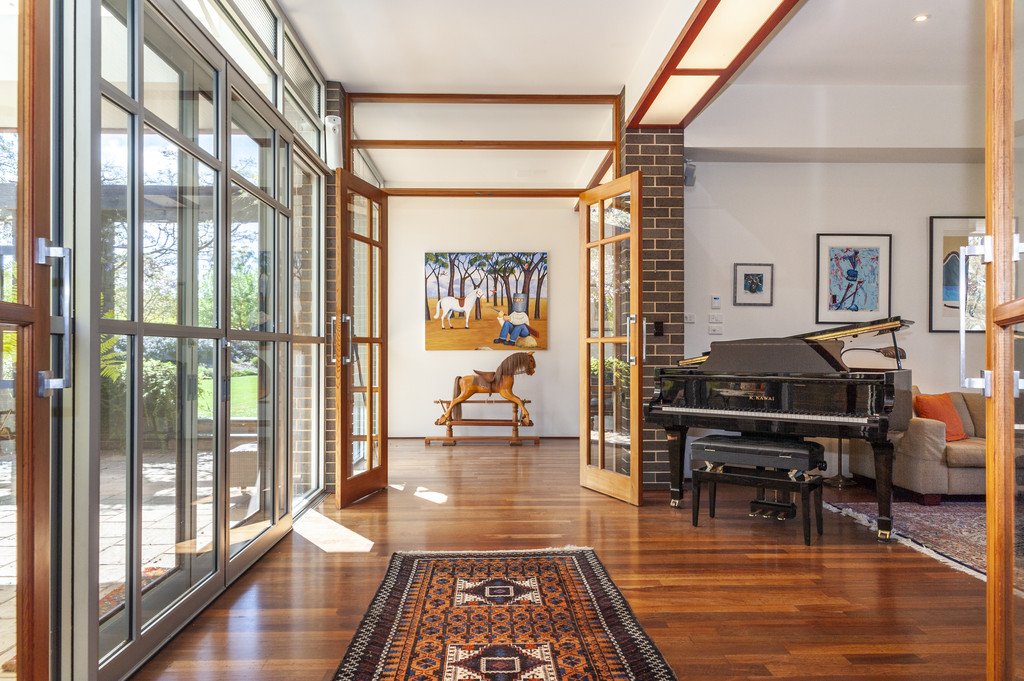 “We’ve come to this decision without any pangs of regret or nostalgia; it’s just the right time. A quarter-century truly well spent, and now time for something new.”

Raised in Perth, John moved to South Australia to study at Roseworthy Agricultural College and then returned to WA to take up an economics degree. He was elected to parliament in Canberra at just 27. He later became Labor’s youngest member of Cabinet at age 36.

It was many years later, through a reunion with his Roseworthy alumni, that John reconnected with Barossa Valley viticulturist Trevor March. They renewed their friendship, and from then on, John and Maggie would often drop into the Barossa between trips back-and-forth from Perth to Canberra.

“We came over a few times and stayed with the Marches and got to understand what a nice part of the world it was. So, when this place came up in 1993, only a few kilometres away, we decided to buy it,” John says. 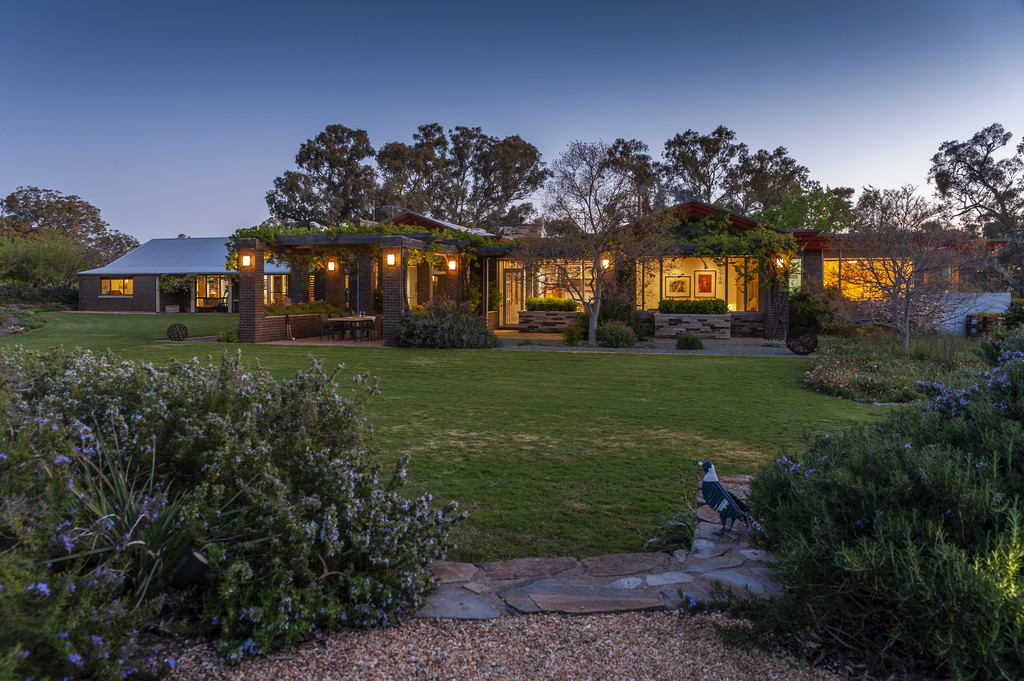 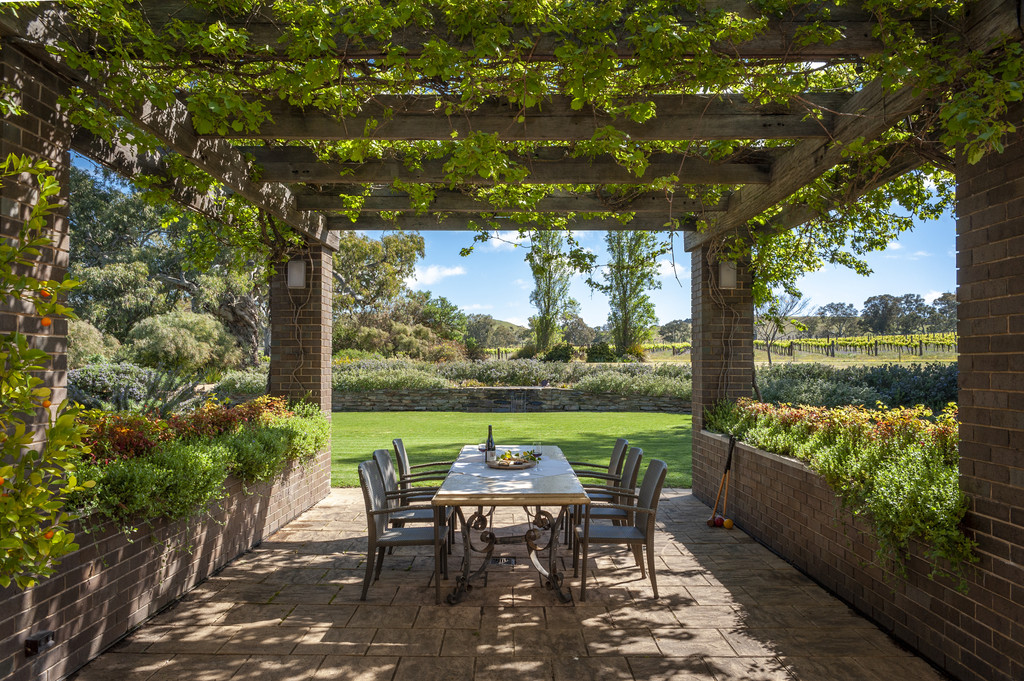 The year of ’93 was pivotal. John was Treasurer, there was a Federal election, and Maggie was due to give birth to Alice. They purchased the property shortly before John announced his shock retirement.

“We also had a little bit of trouble with the ‘93 budget and it was being held up in the Senate. Maggie was having Alice, who arrived early, in the middle of the political furore. It was an interesting time, to put it lightly.”

Although local press reported their land purchase in a small way, John says none of the Canberra journalists twigged to the idea of “what on earth is the Treasurer and Member for Fremantle buying a place in the Barossa for?’”

Just before Christmas in ‘93, John dropped a bombshell in Parliament, saying he’d never intended to “grow old in this place” and was retiring to his wife and new daughter Alice. The announcement was a surprise even to his Labor colleagues.

In the years since, John has served on several boards and consulted for OECD, the World Bank, the IMF and UNESCO. He’s also regularly contributed articles to various publications. 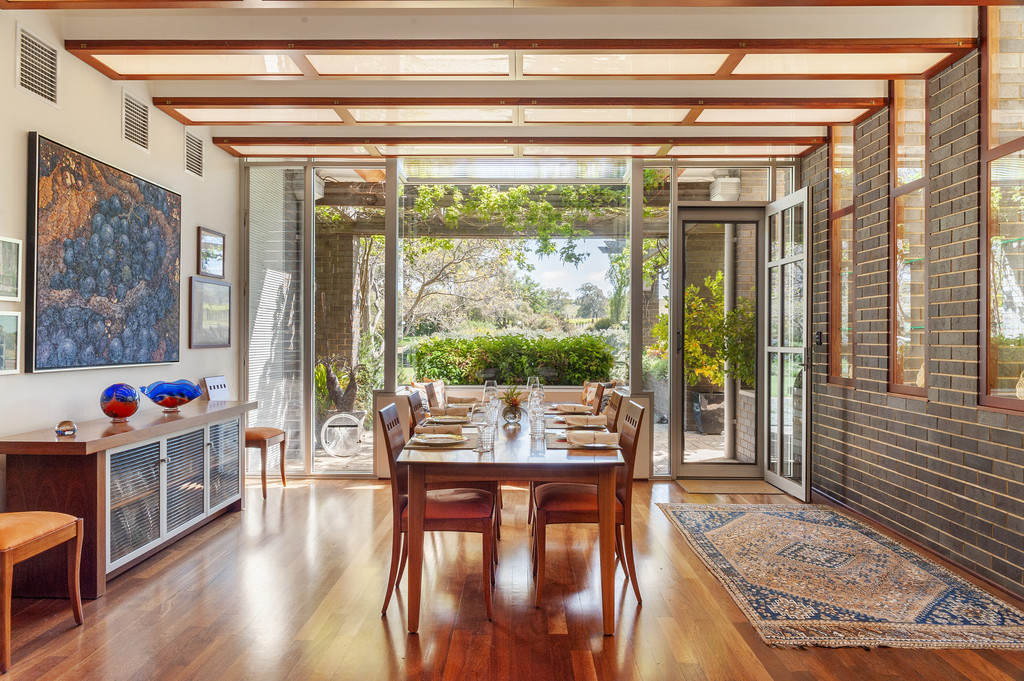 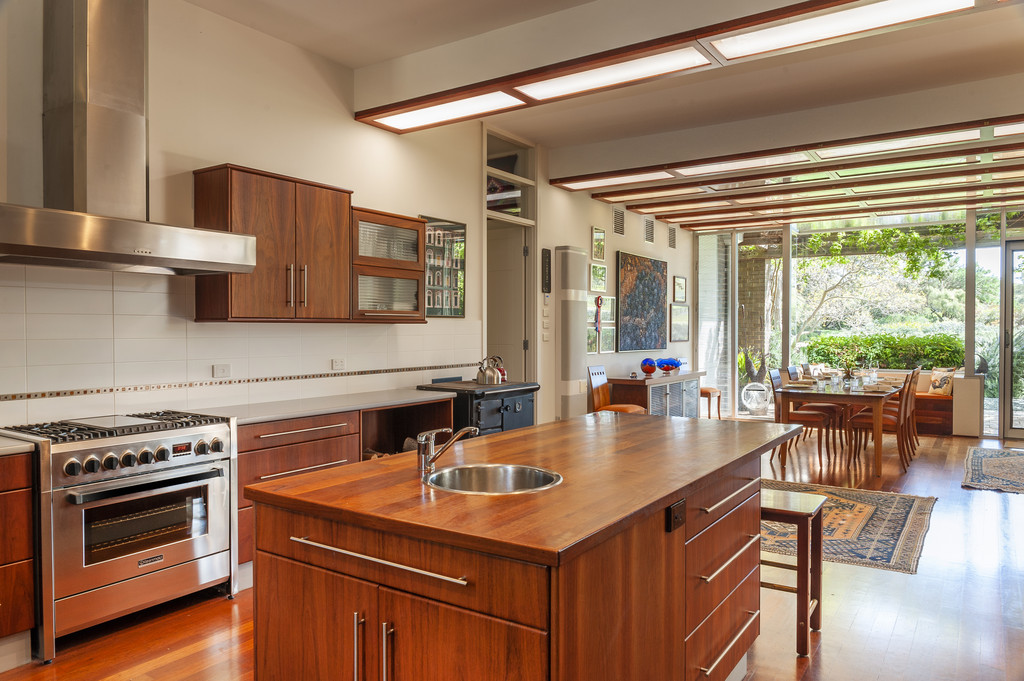 “Politics beckoned, and I spent 20 years doing that, but I always hoped that at the end of that period I’d have an opportunity to take up some kind of pursuit involving either growing things or looking after animals,” John says.

That aspiration was true for Maggie too, because she grew up in Far North Queensland with an association with horses and agriculture. Maggie’s father Dr Allan Maruff established Nerada Tea, the first commercial tea plantation in Australia.

The name “Innisfree” combines their previous home of Fremantle and Maggie’s hometown of Innisfail. Then there’s the WB Yeats poem The Lake Isle of Innisfree which became a metaphor for John’s move from Canberra. Part of the poem goes:

I will arise and go now, and go to Innisfree,
And a small cabin build there, of clay and wattles made…
… And I shall have some peace there ….

He imagined he would read the poem as his final speech in parliament, but it didn’t quite work out that way. 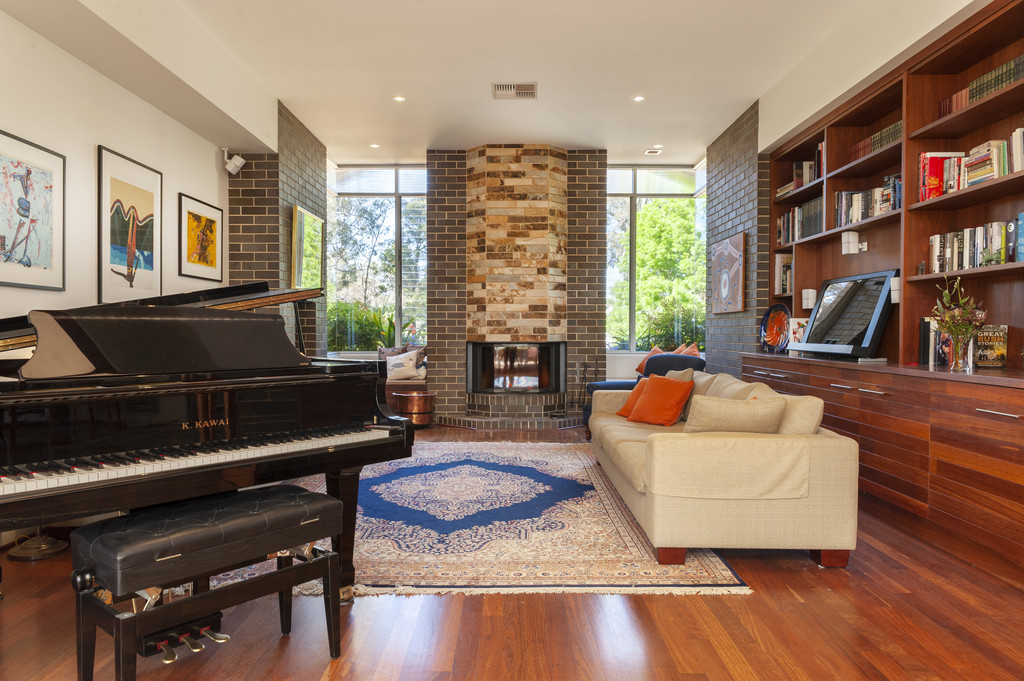 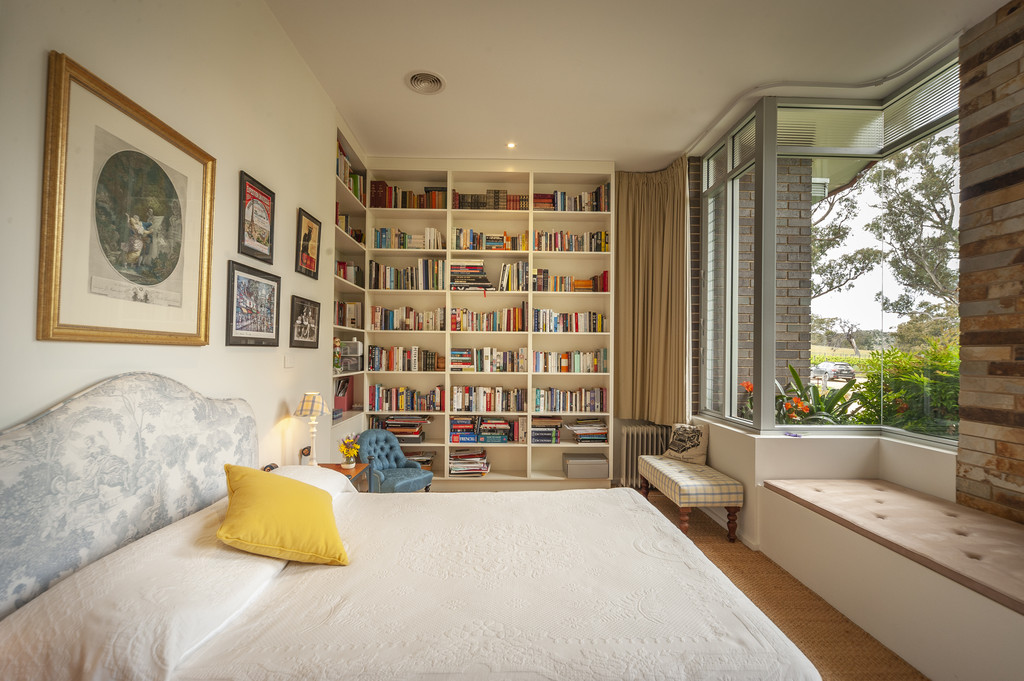 After purchasing the land, John and Maggie did indeed build a log cabin as a weekender while they started planning the vineyard. In 2001, they asked architect Ken Milne to design a home in the style of Frank Lloyd Wright’s archetypal prairie house in Illinois.

With the help of local viticulturists, they established their first vines in 1995 and now grow six hectares – half shiraz and half chardonnay.

Grapes are sold to St Hallett Wines, who produce the Dawkins Single Vineyard Shiraz, which has won the top accolades at the Barossa Wine Show.

“We grow the grapes and St Hallett’s make the wine, but as they say, wines are made in the vineyard,” John says.

The garden was first laid out by horticulturist Merilyn Kuchel and expanded with the guidance of landscape designer Viesturs Cielens, but always under the supervision of Maggie’s keen eye. 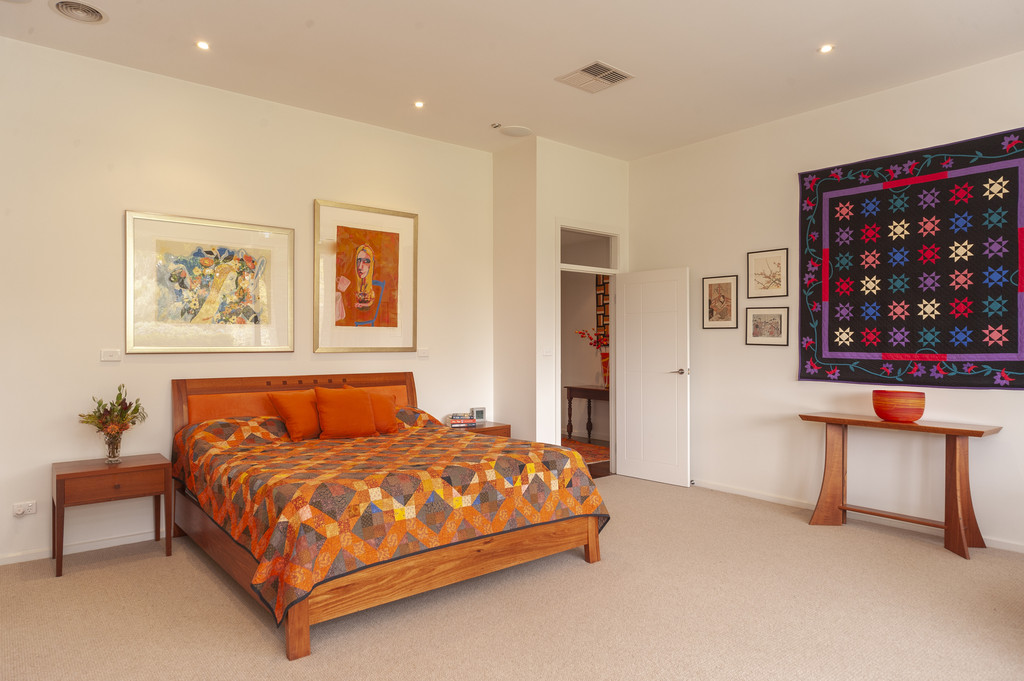 For the past 20 years, Maggie has been a child protection advocate and was instrumental in the West Australian inquiry into the St Andrew’s Hostel Katanning, which was one of the triggers of the Royal Commission into Institutional Child Sex Abuse.

She is now campaigning for the rights of victims of abuse in sport, and particularly in the equestrian world.

“I think the WA Inquiry has been my greatest contribution to society,” Maggie says. “It has now morphed into another version of supporting and advocating for victims, which is now in sport. So that’s what I’m doing – plus writing another book.” Maggie wrote Horse on Course! – the history of the Gawler three-day event.

Meanwhile, Maggie has had great success operating the stud breeding Irish Connemara ponies and performance horses. John even spent a couple of years as president of the Connemara Pony Breeders Society.

The property has served as an excellent grounding for daughter Alice, 27. Along with success in equestrian riding, Alice has received highly-esteemed scholarships: the Hawker Scholarship, the New Colombo Plan, and the Schwartzman Scholarship. 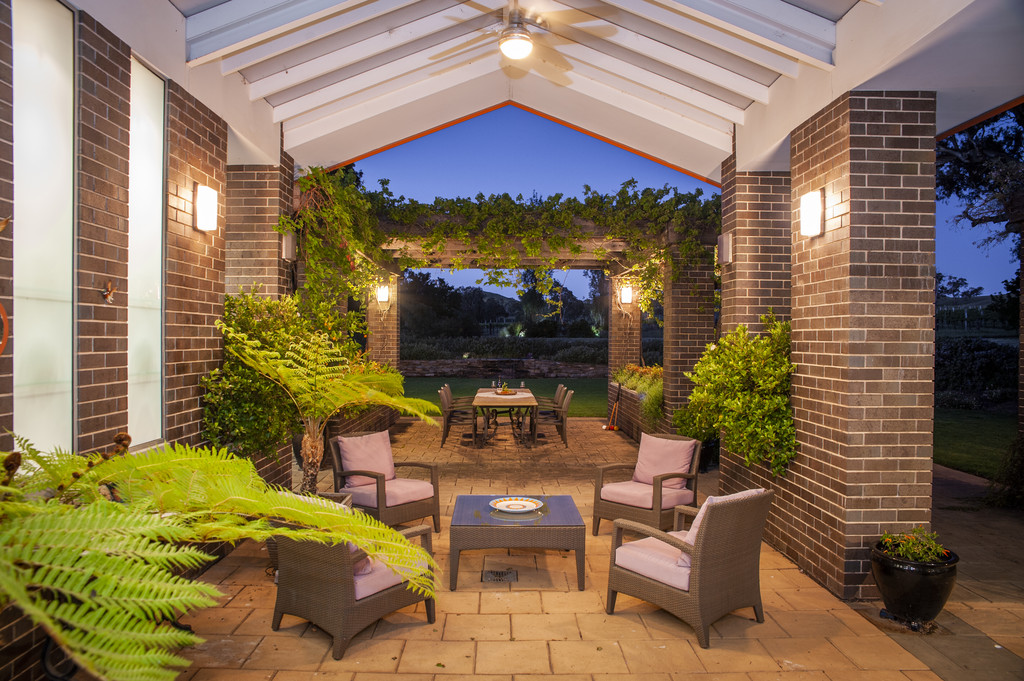 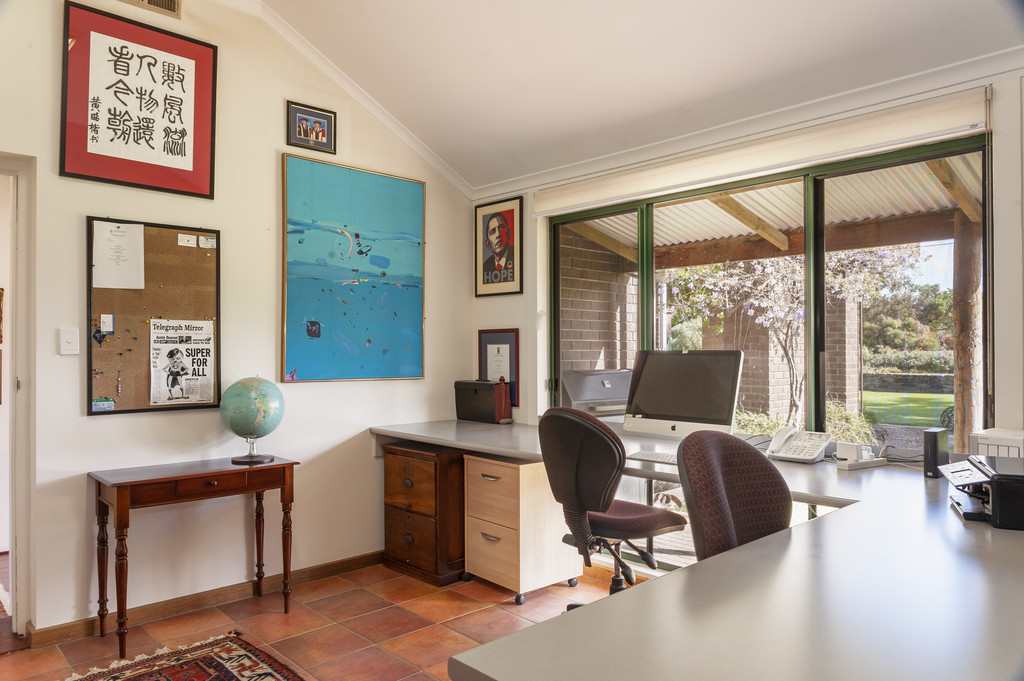 The property has also been a source of joy away from Maggie and John’s careers and public lives.

“I had the wonderful experience of being part of, I think, a golden age of politics and government, and I’ve had a diverse and fascinating time in the years since I left Canberra,” John says.

“I always thought that politics would only ever be half a career, and so I always looked forward to what I could do afterwards. It’s been a mix of various things in the public and private sector, and of course, having this place as well.

“It certainly keeps us happy.”

The sale is being handled by Jesse Manuel and Nick Dean of Colliers. 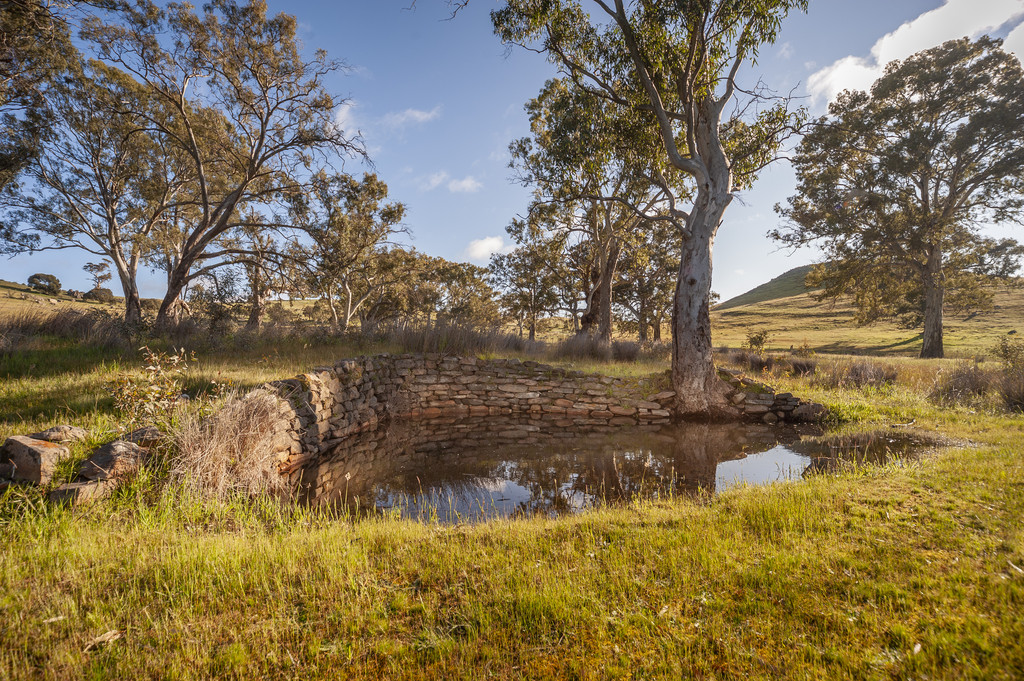