With a price tag of more than $2.2 million, this beautifully renovated bluestone villa at Malvern has served as the much-loved family home of retired State Library administrator David Rees.

The golden rule of real estate is to buy the worst home on the best street.

For David Rees, that was exactly what happened 40 years ago when he and his wife purchased 101 Cambridge Terrace at Malvern — the most unloved home on the best part of a sought-after terrace. But even then, they weren’t aware of the full extent of it.

“It had been specced-up for sale, and we got electric shocks from the carpet on everything we touched; it even had an outside loo,” David says.

There was also a series of tacked-on lean-to structures adjoining the main four rooms of the villa. 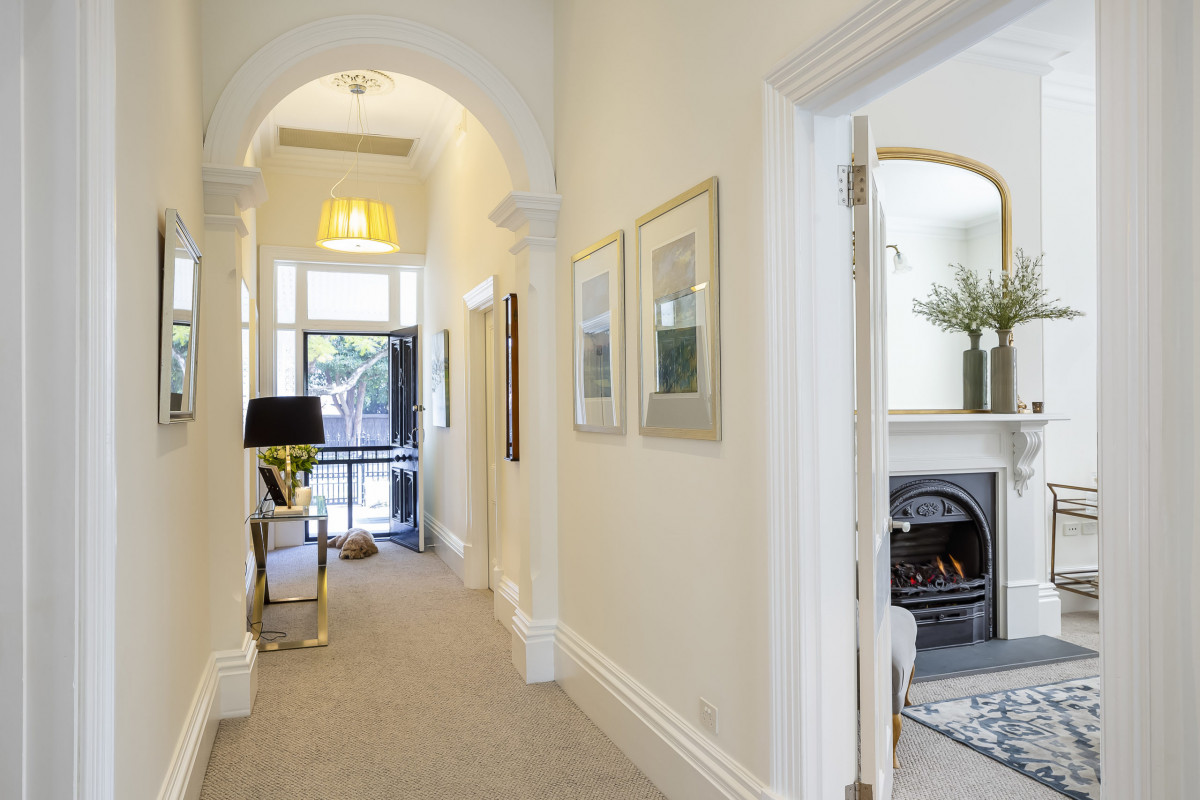 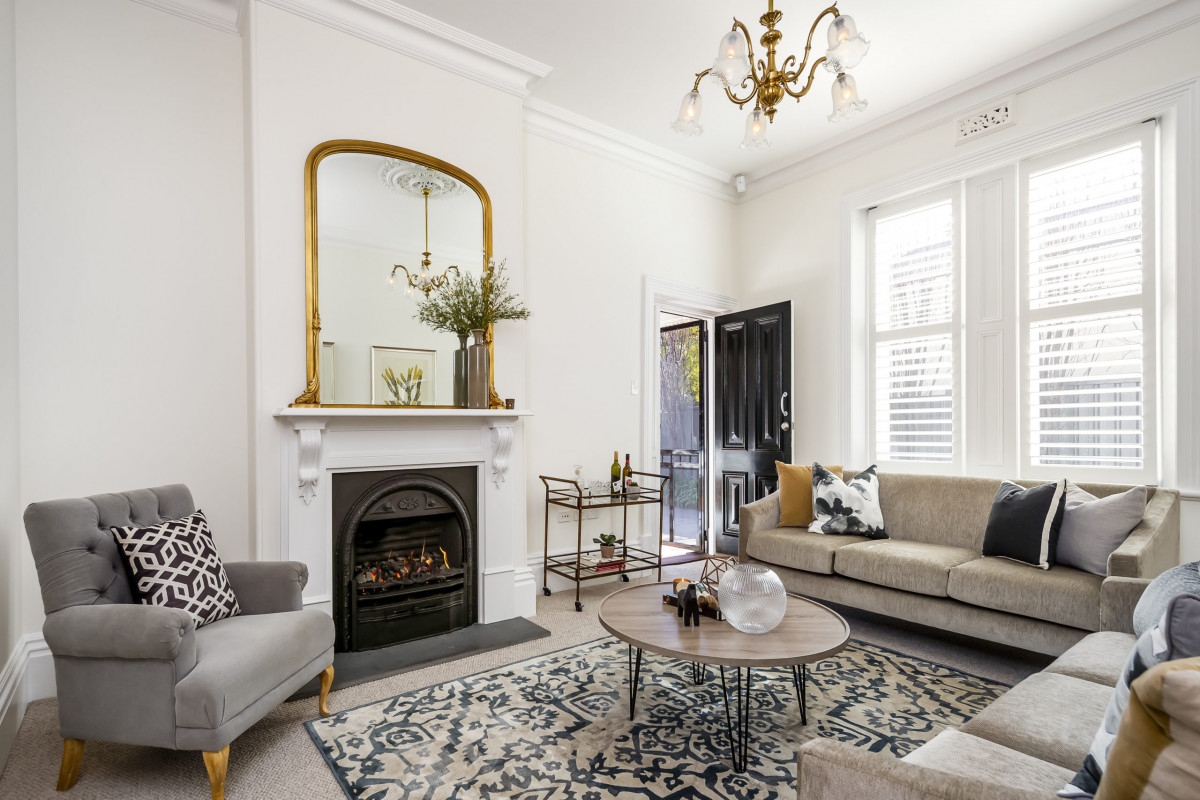 “We worked on the place for about four years before we started a family. We’d come home from work every night and do at least an hour’s work each,” David says.

David worked as an administrator at the State Library of South Australia and is now retired. With his wife also retired and children grown up, they are selling the home to downsize. The couple is sad to leave, having raised their children and invested plenty of their own elbow grease into the home, particularly in the early years.

“It’s just been a very happy family home for 40 years, and I hope that whoever purchases it might have a similar stay and the same degree of enjoyment.” 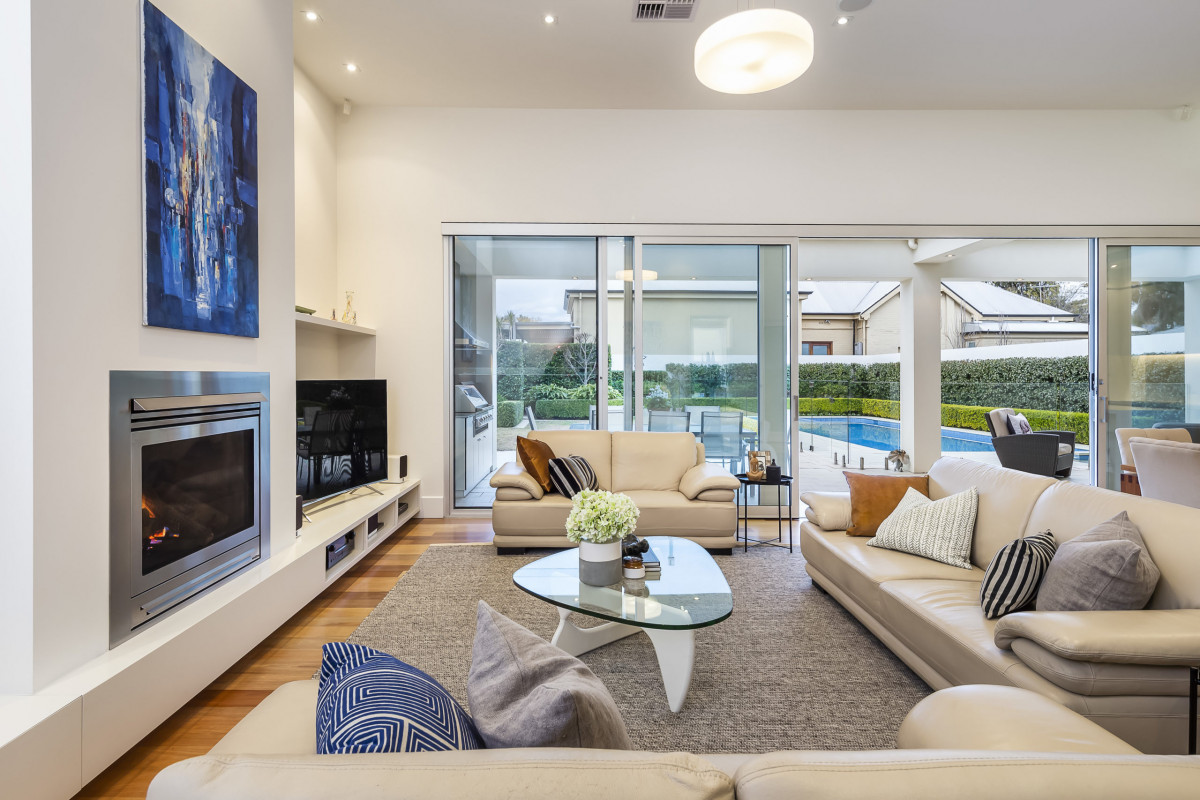 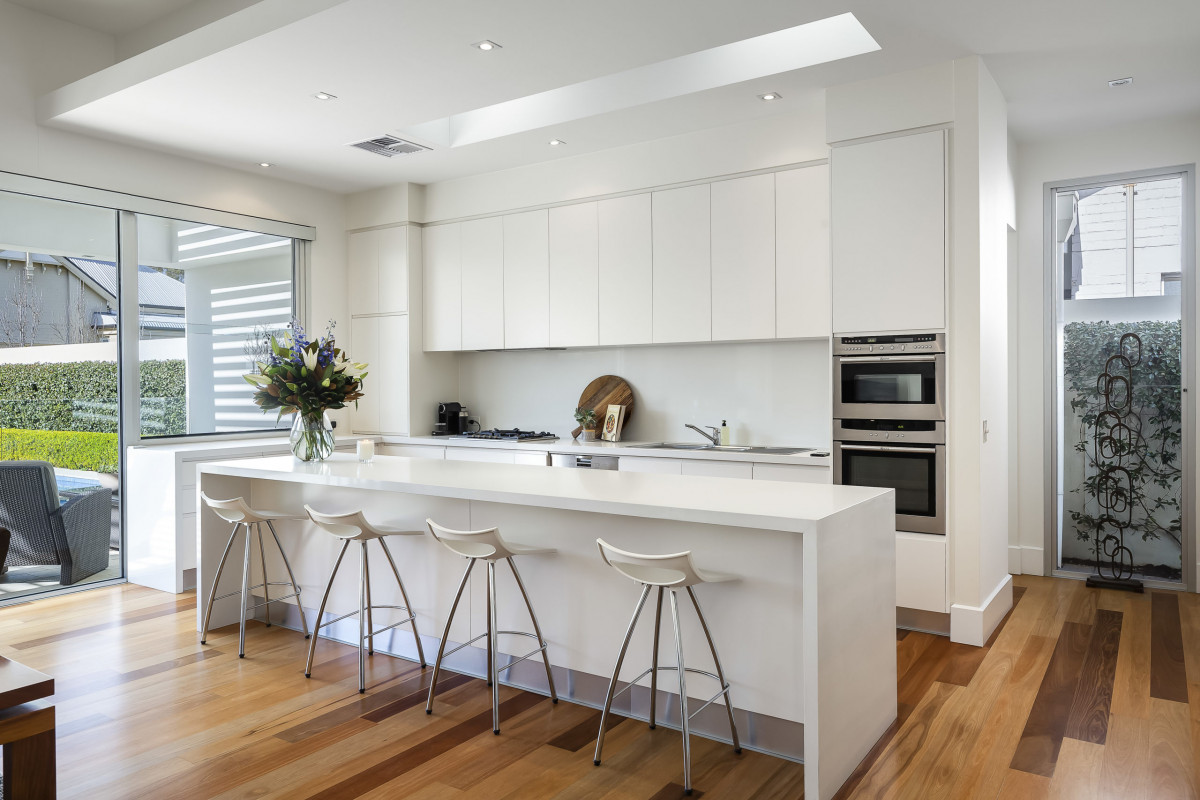 With three bedrooms, two bathrooms, and an open-plan living space, the property’s current arrangement is the result of an extensive restoration and extension completed 10 years ago by construction company Outset Design, while the landscaping was created by Kate Whitelock of Garden Art Design and Peter Stubbs City Gardens.

While the couple had renovated previously, this was an all-encompassing project across every aspect of the home and landscaping.

“This one was a significant renovation,” David says. “We replaced everything, including the garden.”

Located in the prime inner-southern suburb of Malvern, in the City of Unley, the home is close to local schools such as Walford, Unley High School, and Concordia College. It also provides a quick commute to the city. 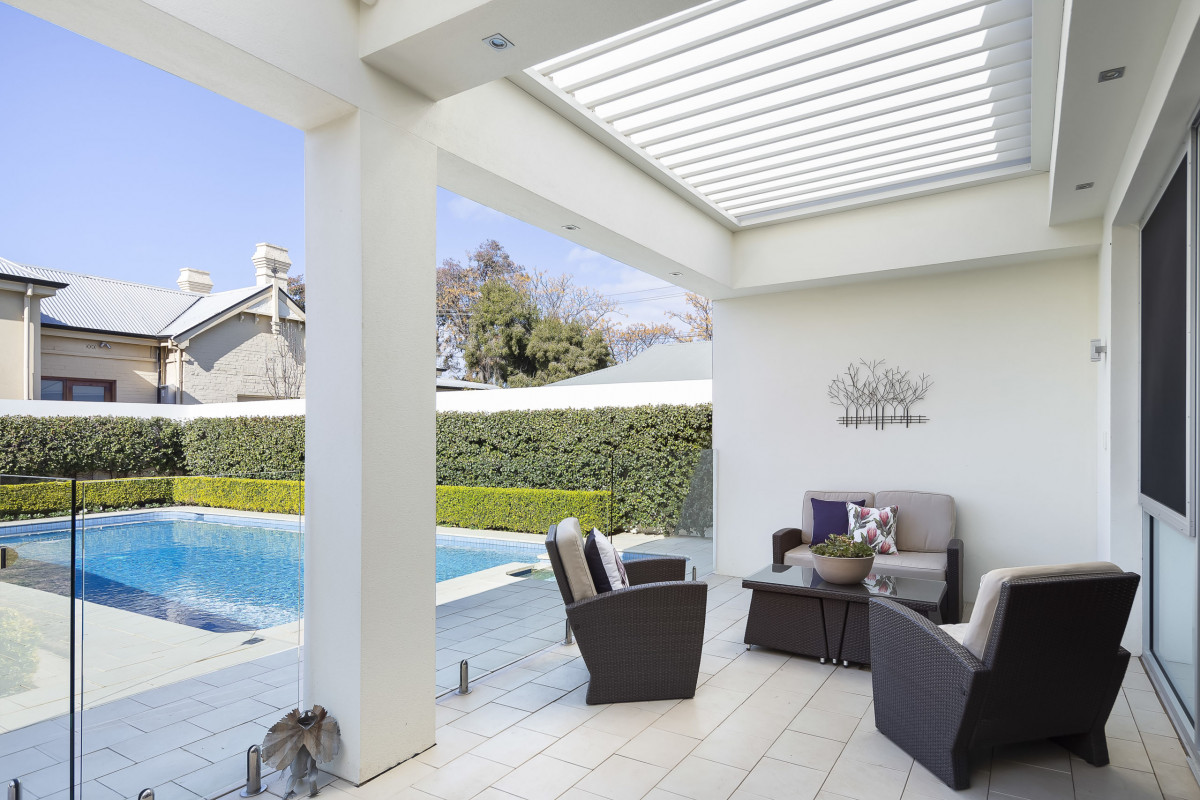 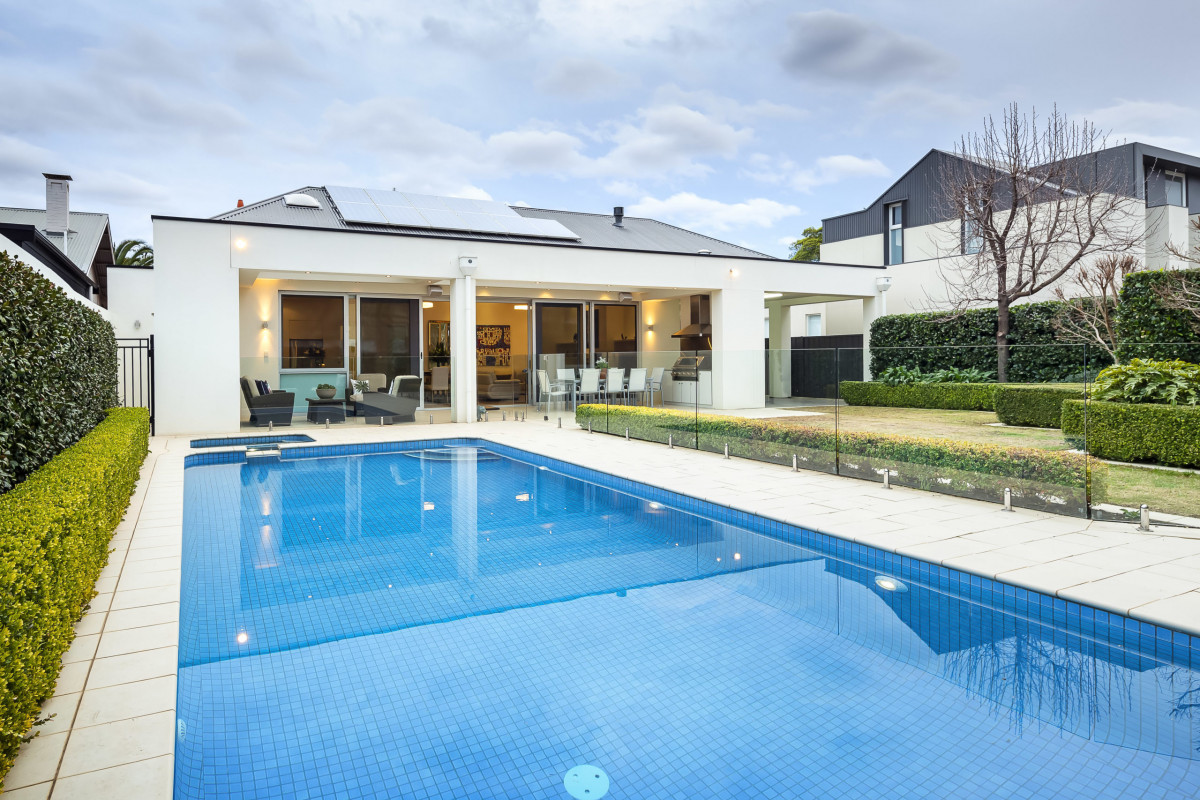 “I would go to work early and generally it would take just a few minutes to drive into town and park the car, so it’s been a really handy place for working in the CBD,” David says.

“There are some absolutely beautiful homes in this suburb and we’ve just watched the prices go up and up over time. But, by the same token, we’ve expended a fair bit on our renovation processes too. We’ve buried a lot of money in the property to get it to where it is,” David says.

It was the style of the circa-1910 return verandah bluestone villa that appealed to David when he purchased the property. He has a strong preference for villas rather than bungalows, particularly for the spaciousness created by the high ceilings. “It’s the feeling of age and solidity, it’s just my preference,” he says.

Over the years, the couple has uncovered some quirky historical anecdotes relating to the property, which was once owned by the Matters family. Muriel Matters was a well-known women’s suffragette, lecturer, and journalist. 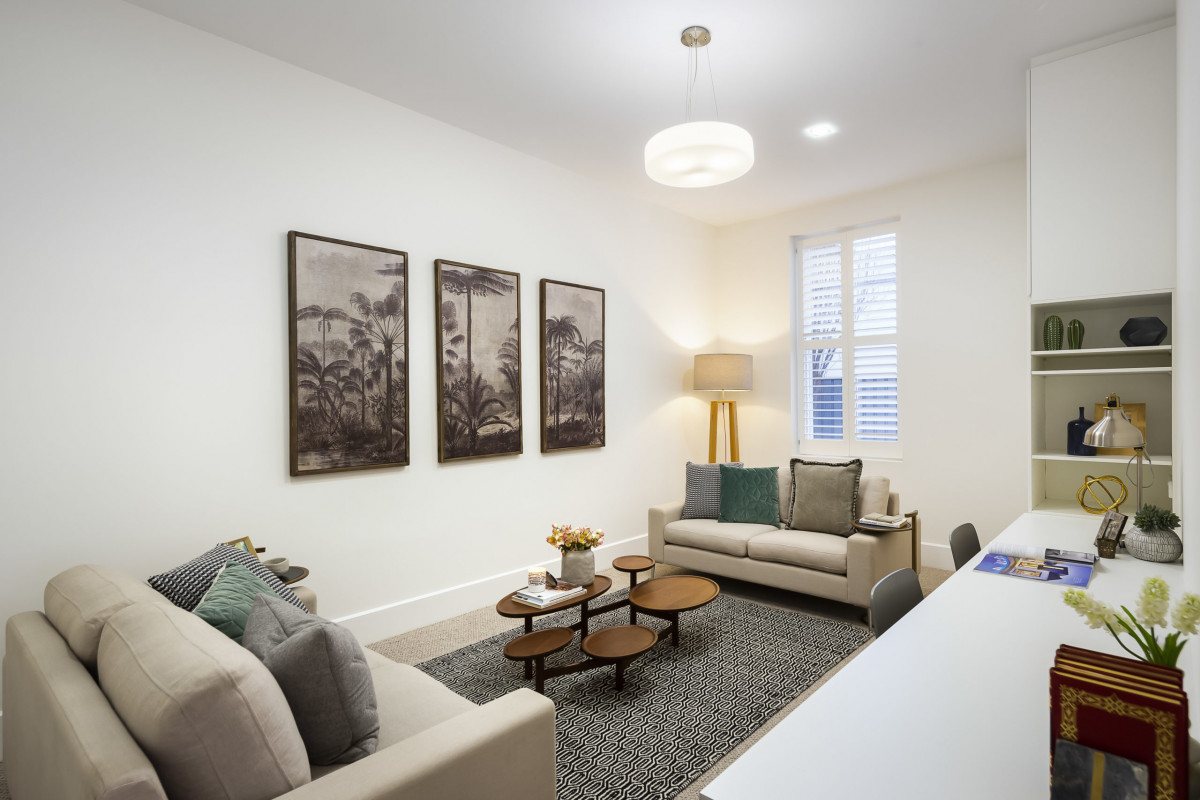 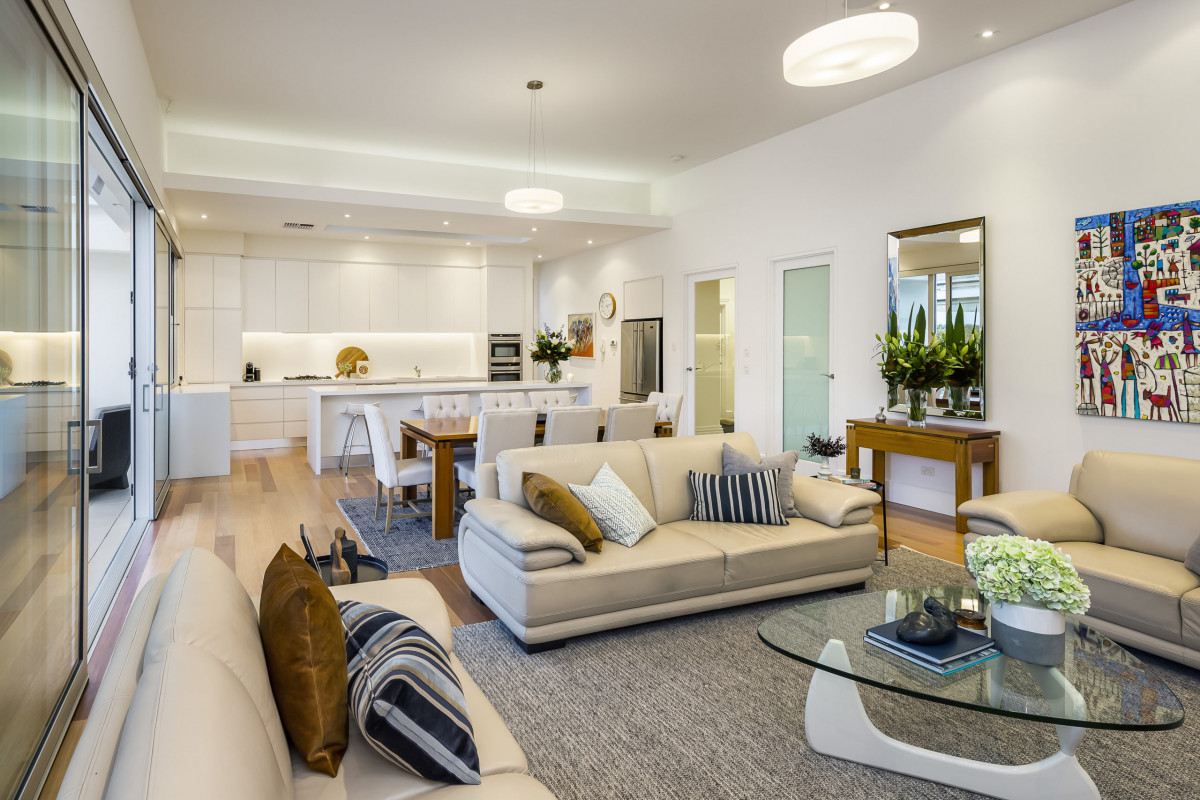 Born in Adelaide, Muriel moved to London where she made headlines across the globe in her fight for women’s rights. She became famous for chaining herself to a grille at the House of Commons and also spilling campaign leaflets from an air balloon over London in 1909.

“She was an acolyte of Emmeline Pankhurst’s, who was the one who had to be taken away by the bobbies in London,” David says.

Another discovery about the home was that an illegal bookie ran his betting business in the ceiling during World War II. “When we took some of the ceilings out and went up there, there were little bits of evidence that confirmed this was correct,” David says.

Today, the home is in immaculate condition and boasts high-quality modern conveniences, complemented by the traditional charm of the original villa. 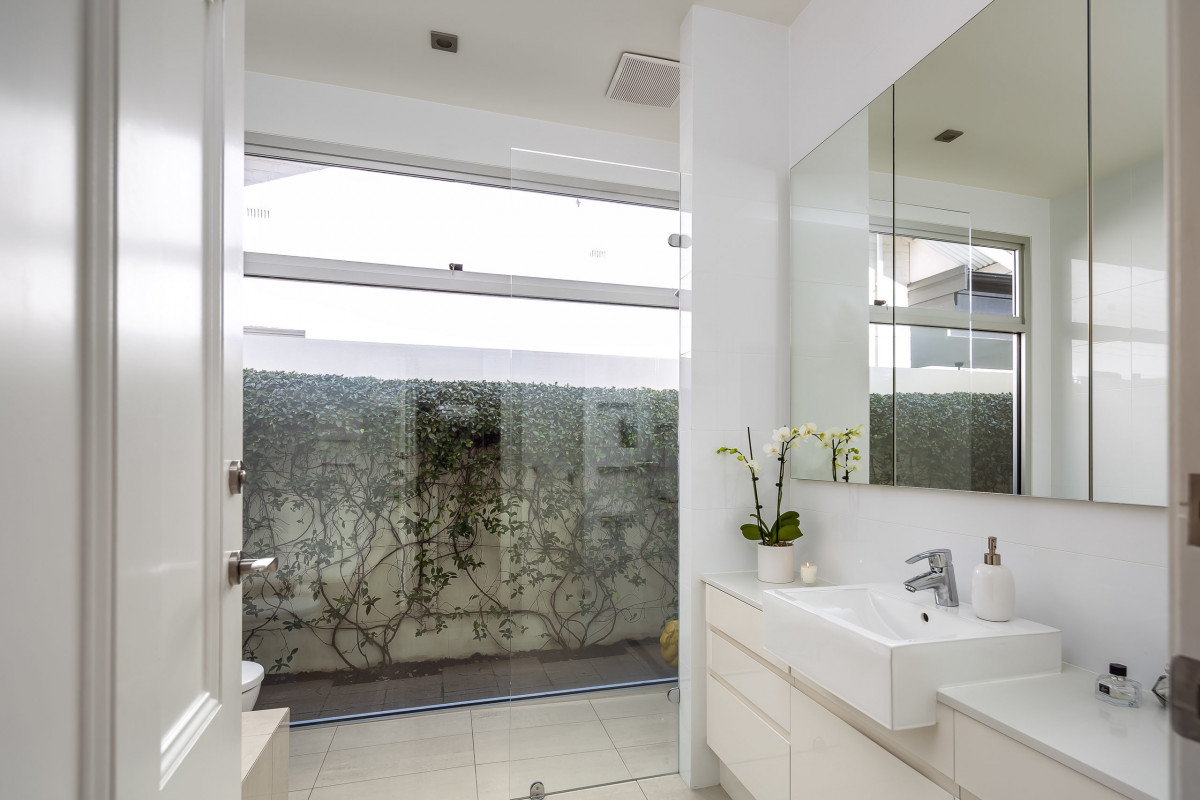 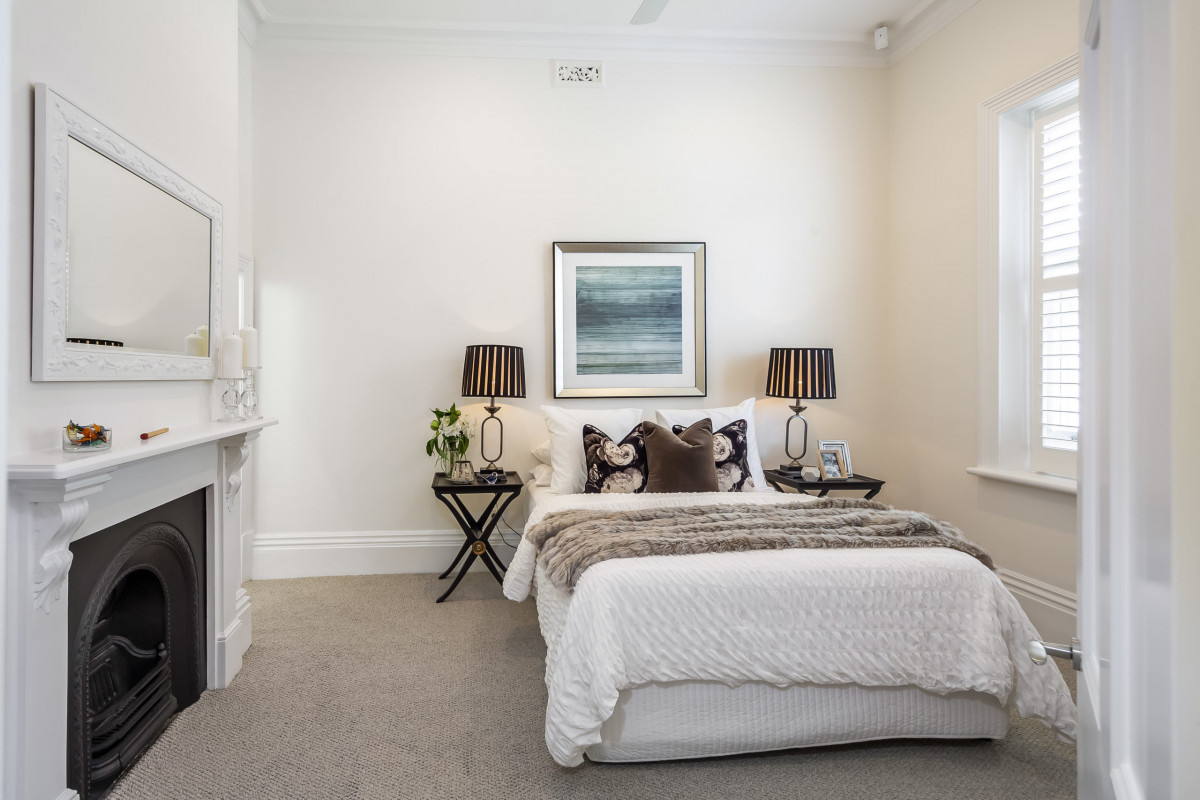 The main bathroom features a large picture window, creating a courtyard-like view of the side fence adorned with star jasmine. David says the open view can be confronting for first-time users, but he assures them it is safely protected by secure fencing.

“It’s very soothing and peaceful, and because it’s on the southern side it has lovely light without getting too hot in summer,” David says.

The structured garden is another soothing element of the property, which provides an ever-changing backdrop of colour from season to season.

“We’ve got a crepe myrtle tree out the front and when it’s in full autumnal bloom people actually stop their cars while going past to take photos. It’s just a glorious thing, it looks like fire,” David says. 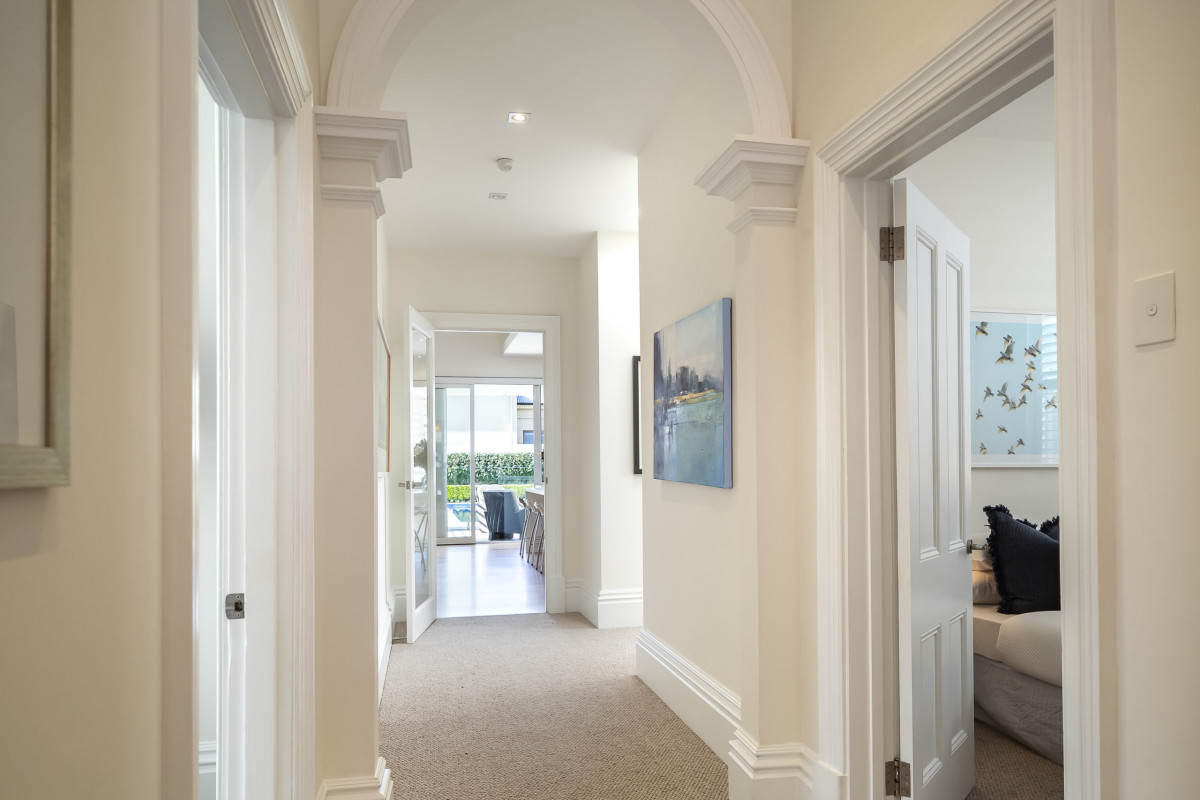 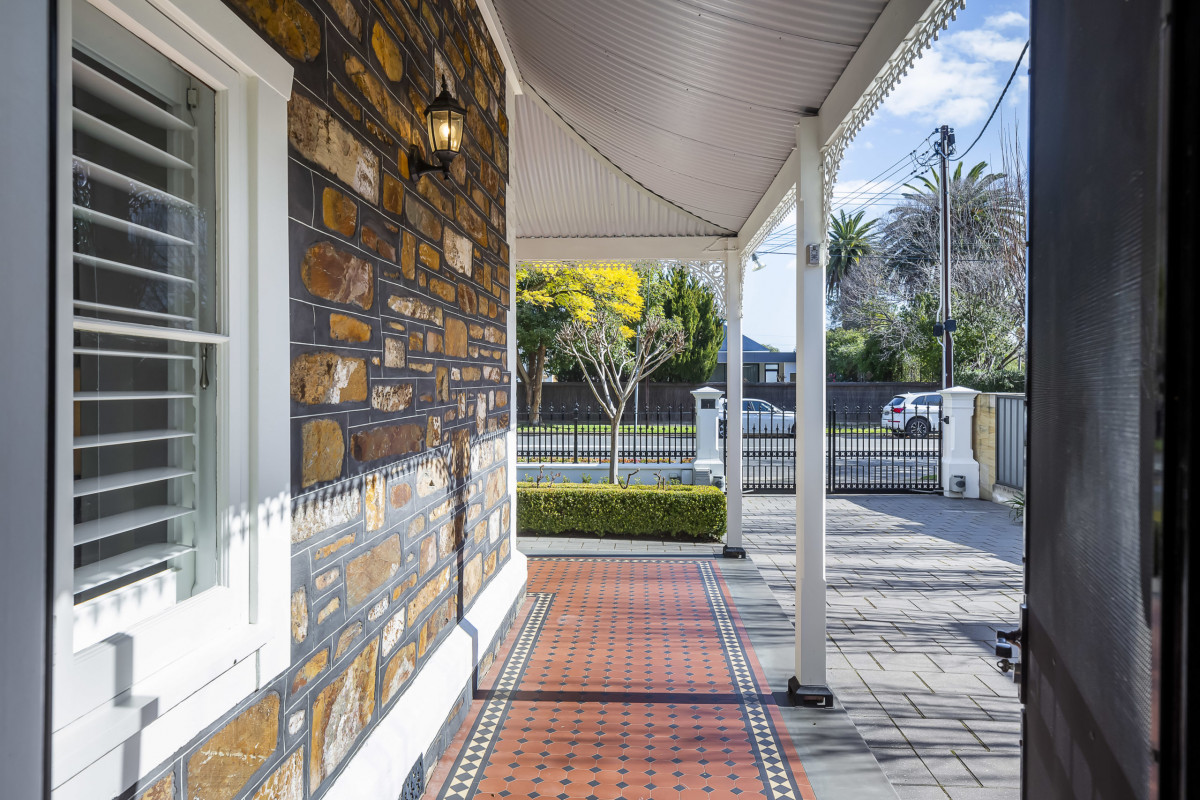 Tasteful fittings and furnishings, both new and old, adorn the original and new sections, with a seamless flow from the front to back.

“We were going to be here for five years and then move on, but children arrived, and then 40 years later, you think, ‘How did that happen?’ It’s been a very happy family home.”

The sale is being handled by Cynthia Sajkunovic of Ouwens Casserly Real Estate. 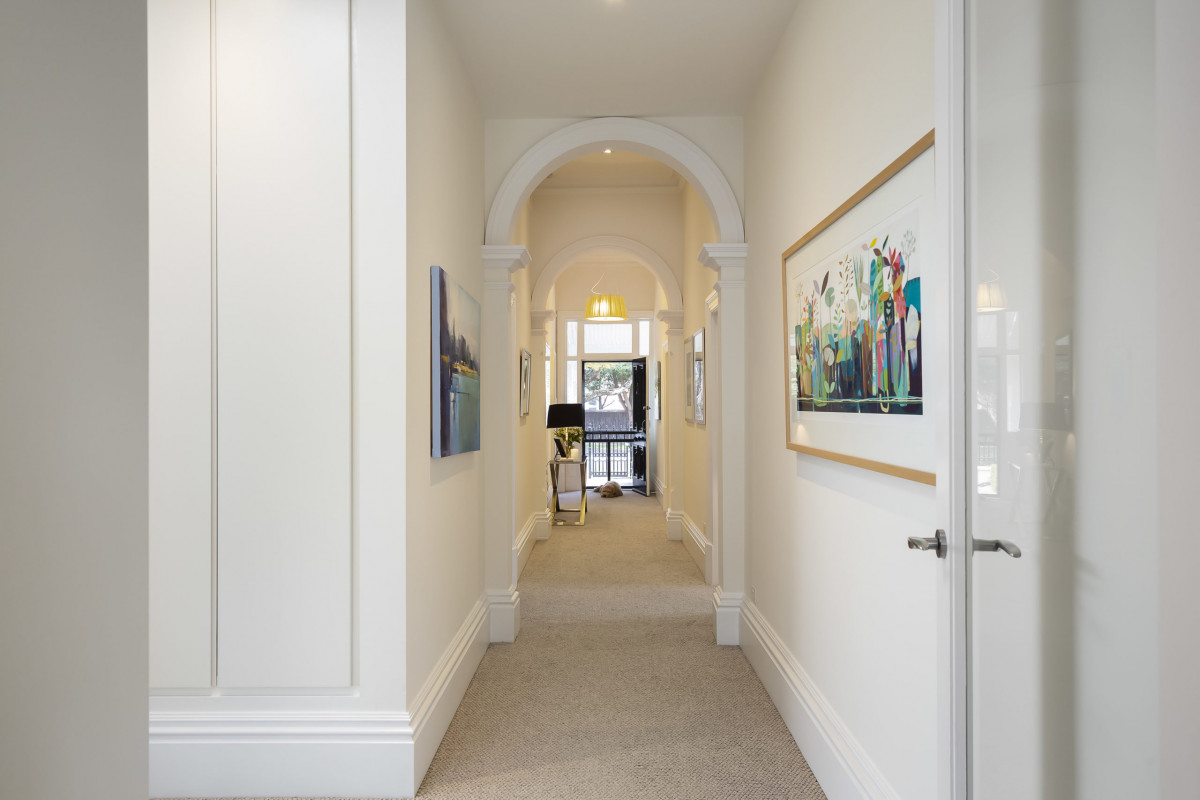 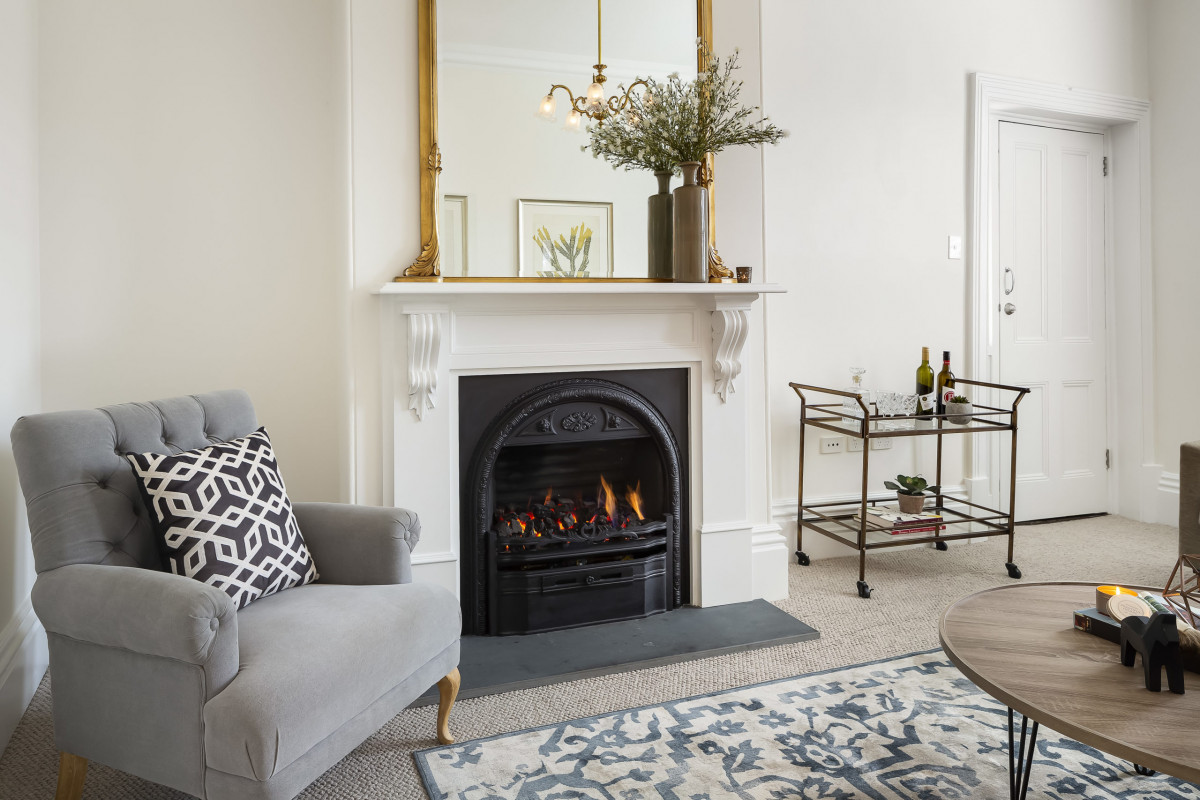 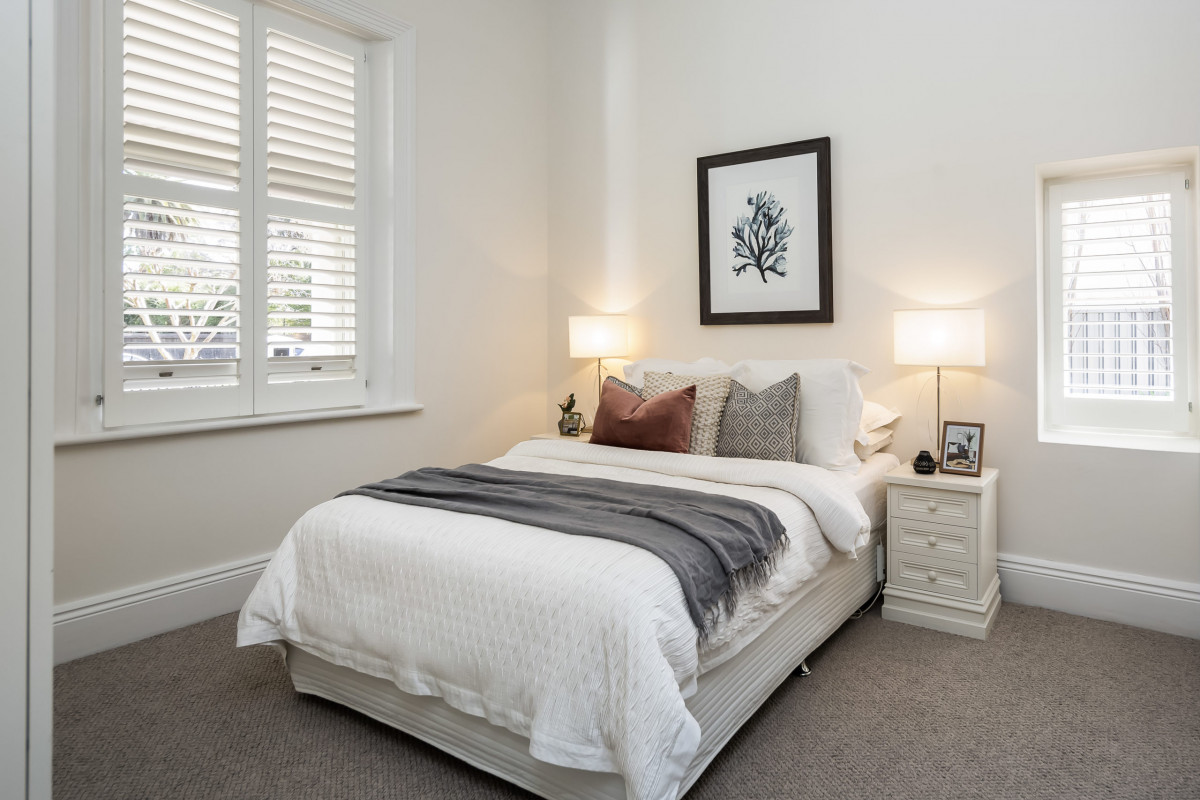