Vahid and Marie Chittleborough are selling their dream family entertainer at Fairview Road, Crafers. Built in 2012, the timeless home offers a rare lifestyle in an idyllic Hills setting of almost 2800 square metres.

South Australian couple Vahid and Marie Chittleborough have together accomplished a number of noble achievements since they first met almost 25 years ago through a shared connection of the Baháʼí Faith.

They have raised four children, grown their humanitarian organisation with a mission to promote gender equality and cultural diversity, and built a timeless family home in a coveted Adelaide Hills location.

Now, with a plan to build their next property at Hahndorf, the couple is selling 17 Fairview Road, Crafers, which has been their “oasis” for the past eight years.

“Fairview Road is a little country lane, and when I pull into the driveway of an evening it’s as if all the stress of work just rolls off. It’s a beautiful spot and it has been our oasis,” Marie says. 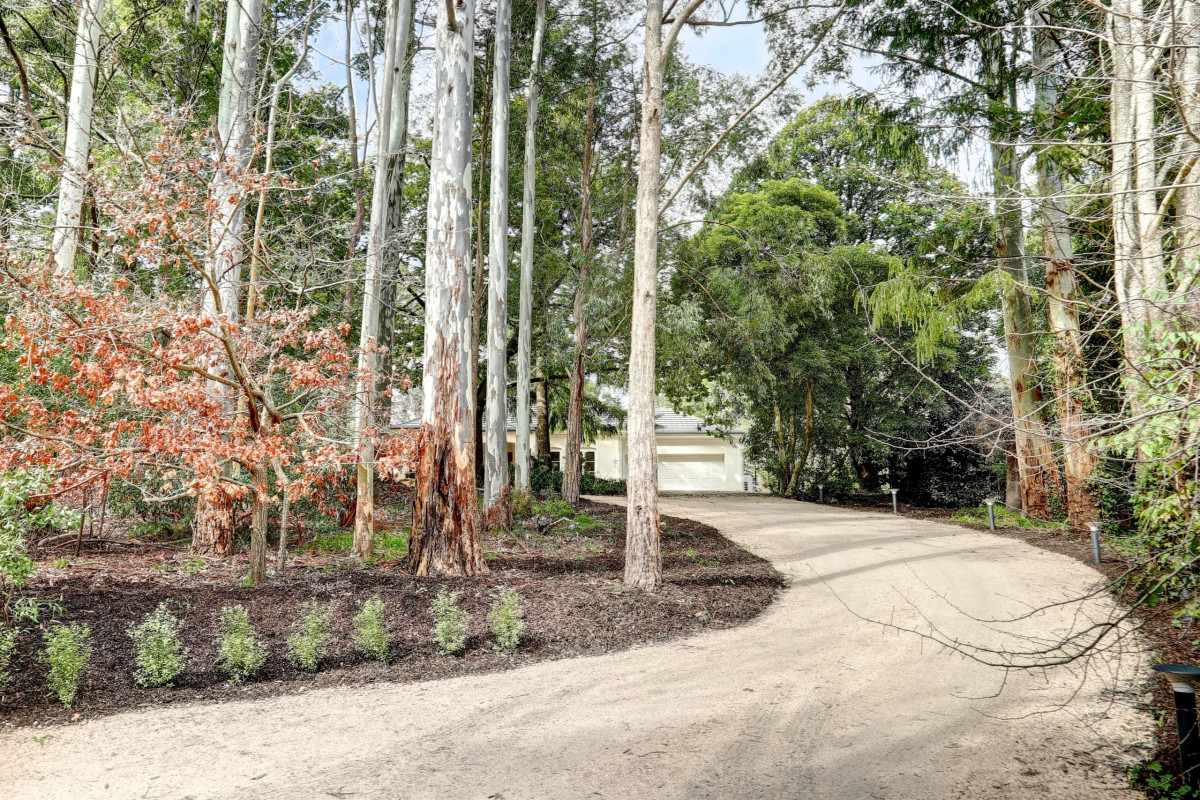 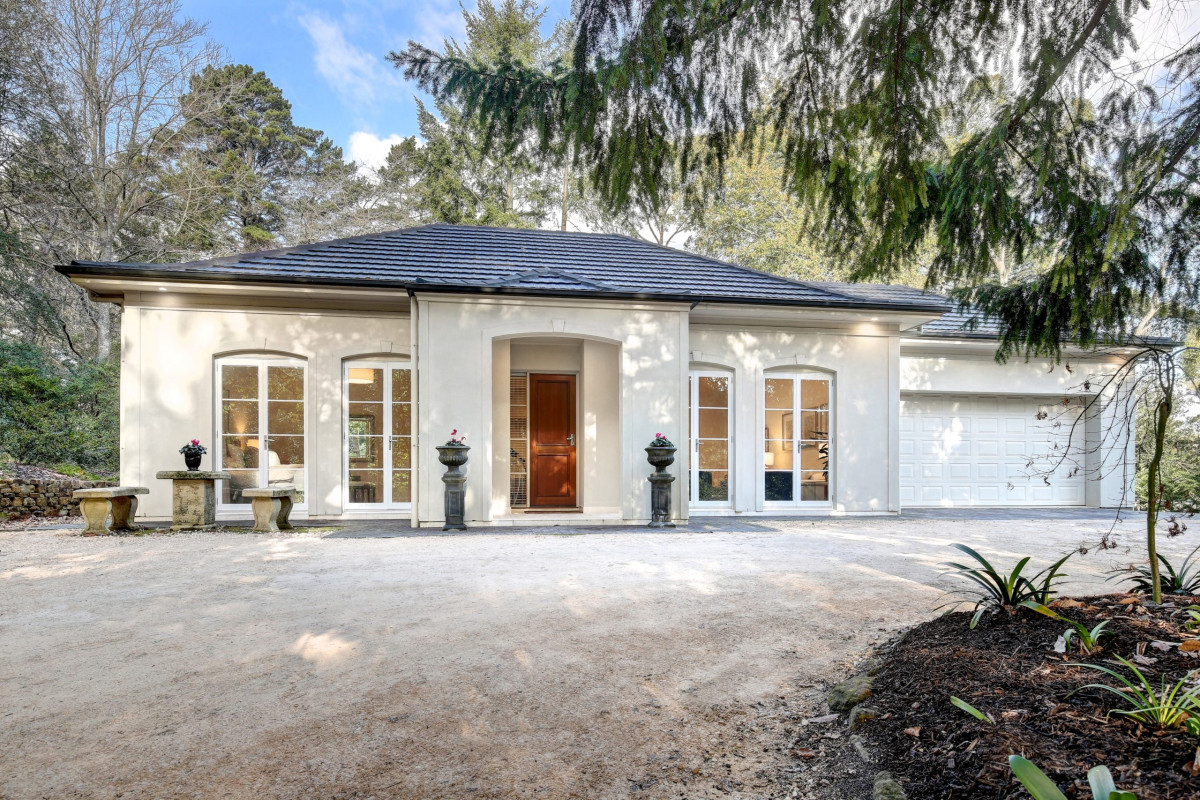 Marie grew up in the Adelaide Hills, and is now the chief operating officer of EQUALS International — an organisation founded by her mother more than 25 years ago. Today, EQUALS is aligned with the United Nations.

Vahid, previously a barrister, is now working alongside Marie as a director of EQUALS International.

Before their Crafers address, the family had spent a few years in the Cayman Islands where Vahid worked as a commercial lawyer with a top international firm during the peak of the Global Financial Crisis.

“We always knew that we wanted to come back to Adelaide and particularly the Hills,” Marie says. “Being on a sandy island during that time, we were enamored with the idea of coming back to a forest of trees and greenery.” 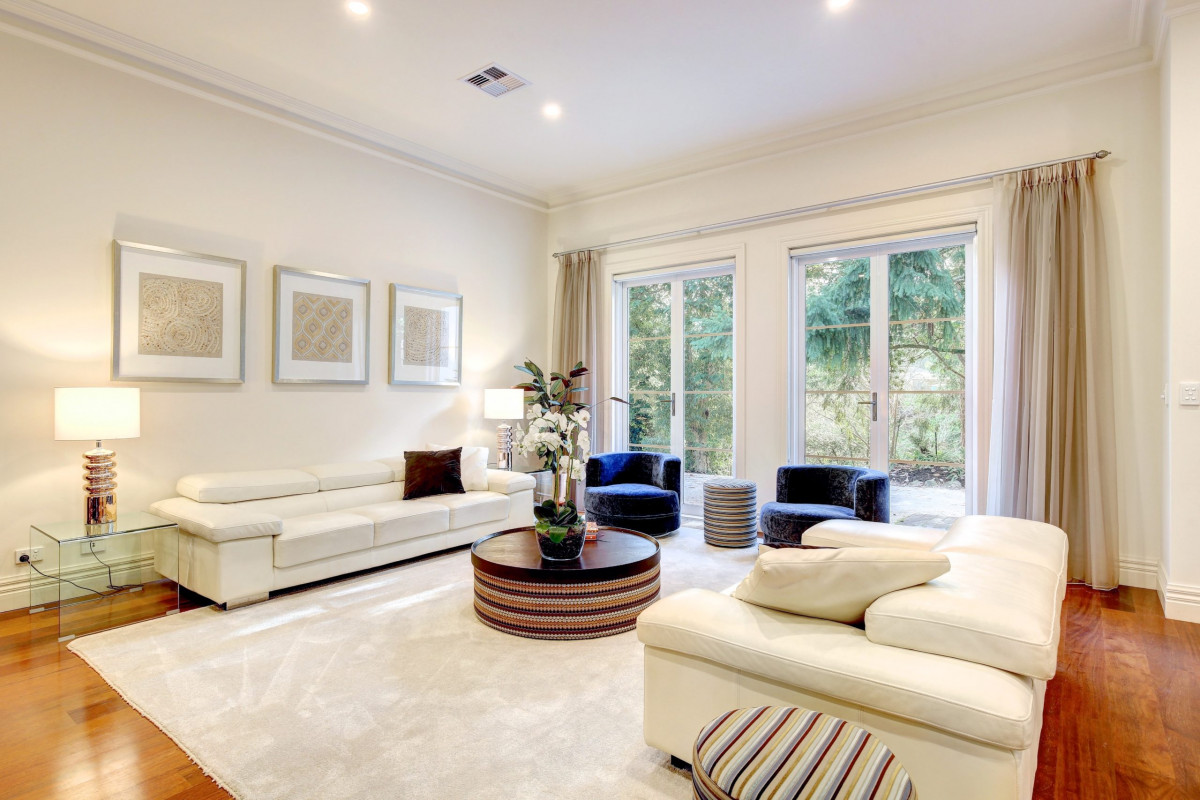 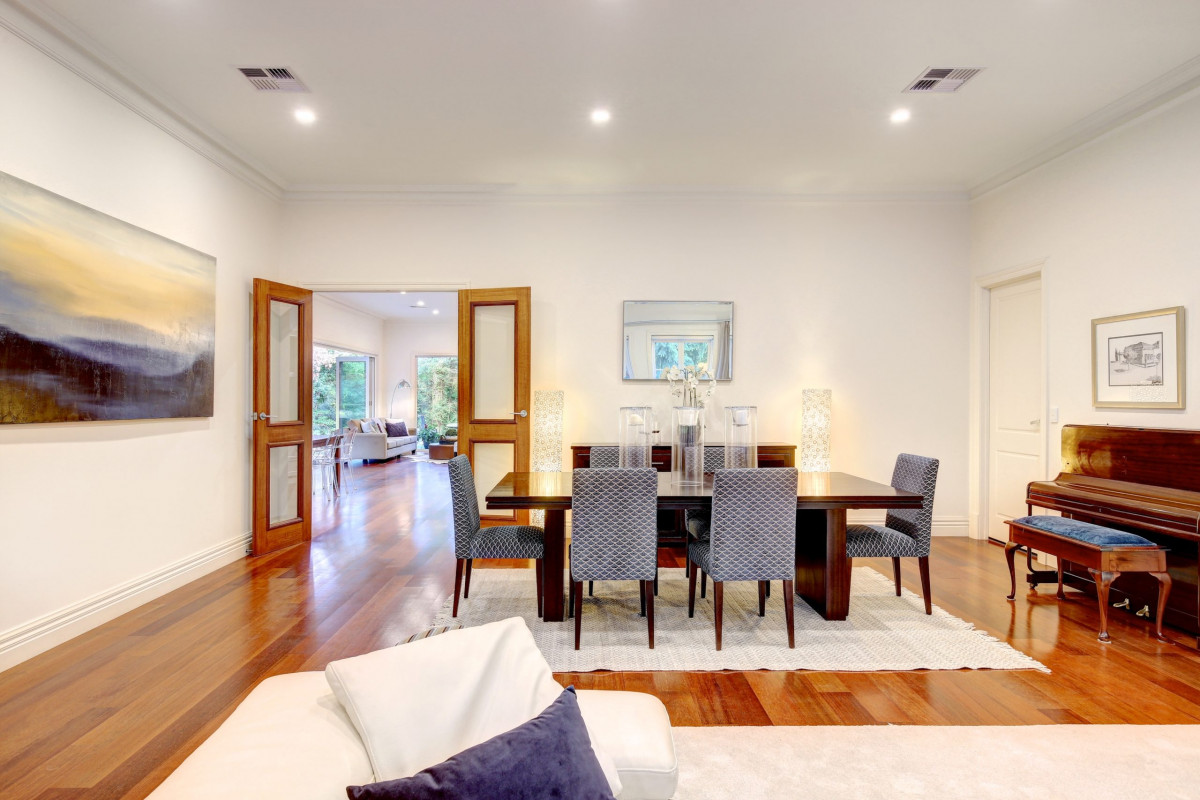 While surfing real estate listings online, the couple discovered the picturesque Adelaide Hills block. Located just off the main street of Crafers, the land had been subdivided from the historic neighbouring property Draper’s Hall decades ago, but for years sat as a landholding which contained a tennis court that serviced the grand old estate.

“We bought the block while we were living on Grand Cayman. We sent my folks around to check it out,” Marie says. Upon returning to Australia, they had their home constructed by local builder, Colony Homes, and moved in with Marie pregnant with their fourth child.

“Colony Homes were absolutely fantastic. They essentially allowed Vahid to project manage the build and achieve the specs that we wanted. We loved the process of building and living there; it’s been a wonderful house for us,” she says.

“We’ve talked about what we would do differently, but there’s not a lot we would change. It’s a beautiful and practical home.” 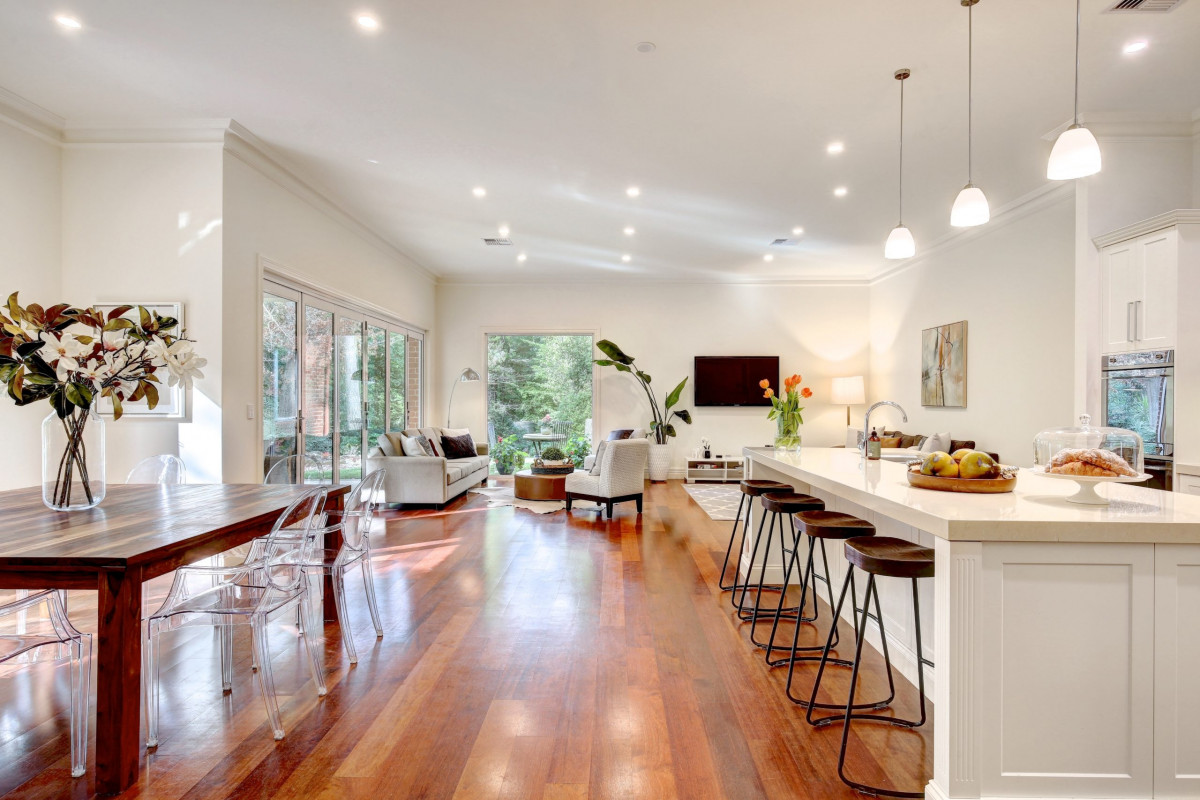 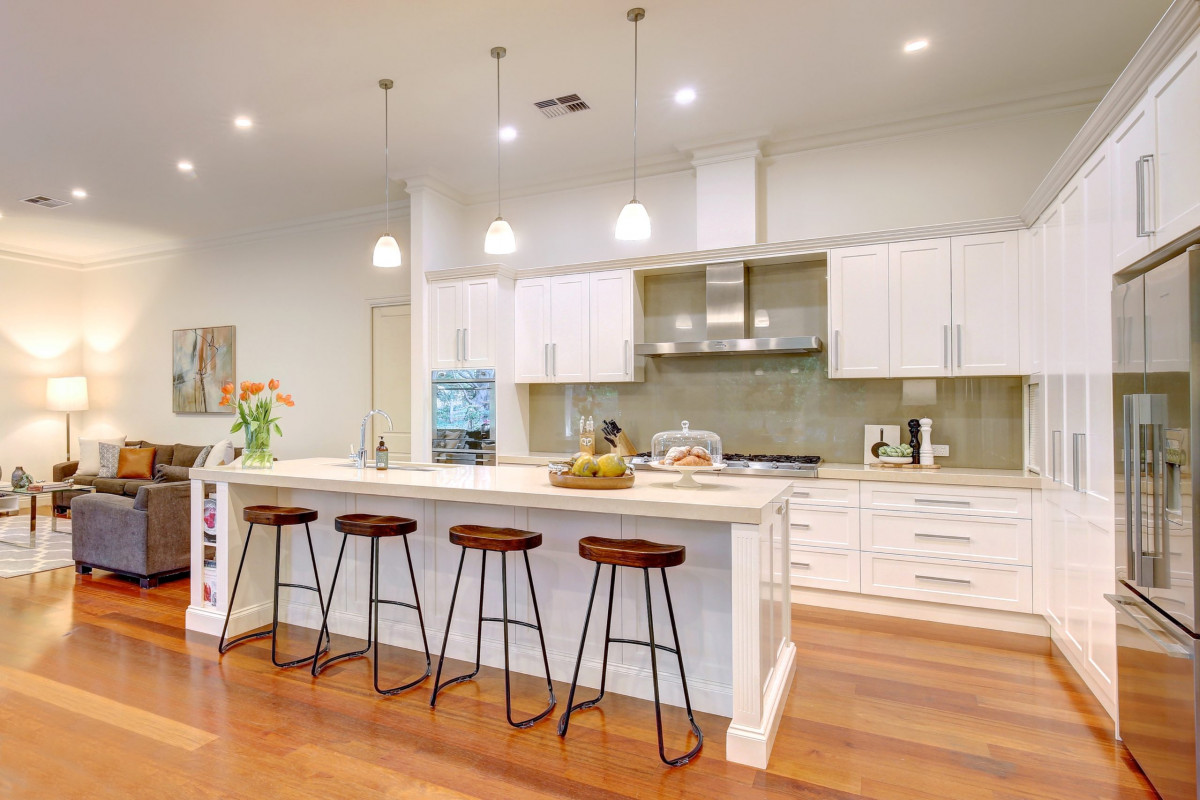 Through their humanitarian work, Marie and Vahid have visited the UN’s New York headquarters on occasion. “We have a cluster of businesses under the EQUALS group and the focus is on health, human rights, education, and philanthropy,” Marie says.

“As as the group was growing, Vahid’s legal skills became important in helping us manage our interests. So, we now work together.

“One of the reasons we’re moving is that we’re developing a space in the Adelaide Hills which will become a retreat. While we keep our sights internationally, we’re very firmly committed on the ground locally.”

After driving up the winding gravel driveway, visitors are greeted by French doors that can be opened to welcome the breeze and natural ambiance of the grounds. 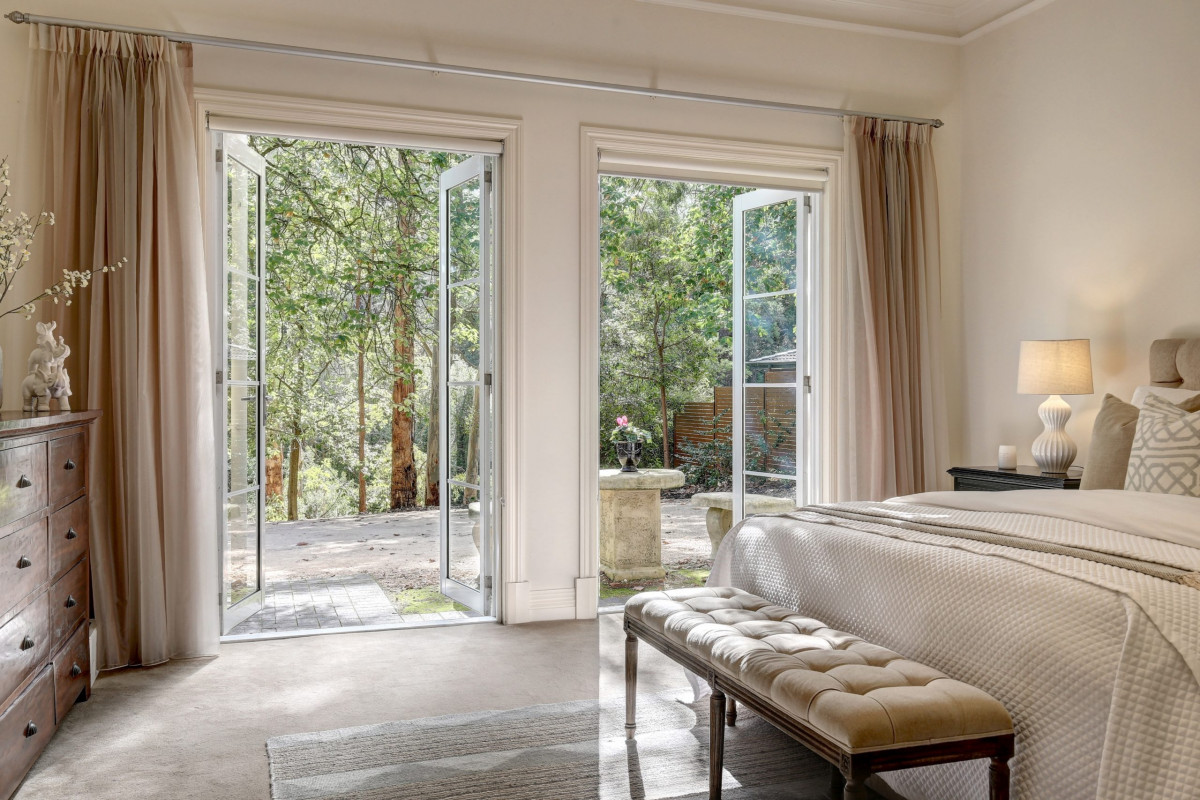 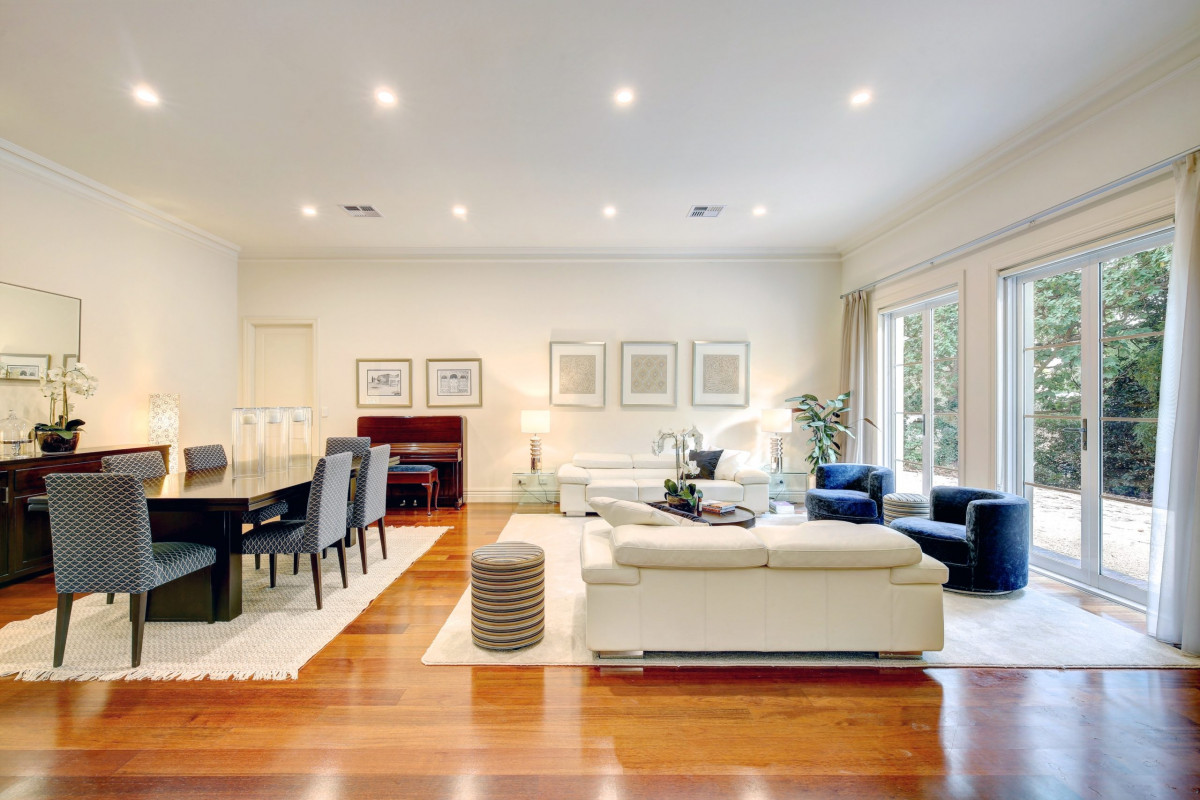 Engineered Merbau timber floorboards run from the front rooms through to the generous-sized family room at the rear, with a magnificent open-plan design and 3.3-metre ceilings.

The main bedroom boasts a grand en suite, while the four double-sized bedrooms include built-in robes. Throughout the home, character features have been achieved with seamless contemporary design.

The family room serves as the heart of the home. “We do a lot of entertaining, so we spend most of our time in the family room,” Marie says. “It’s very good for entertaining, we often have social gatherings or rellies over; it’s perfect for that.”

Vahid loves cooking. He jokes that his claim to culinary fame was once competing in the famous Cayman Cookout, judged by the late celebrity chef Anthony Bourdain. “It was an amateur cooking competition. Anyway, I’m really into cooking,” Vahid says. 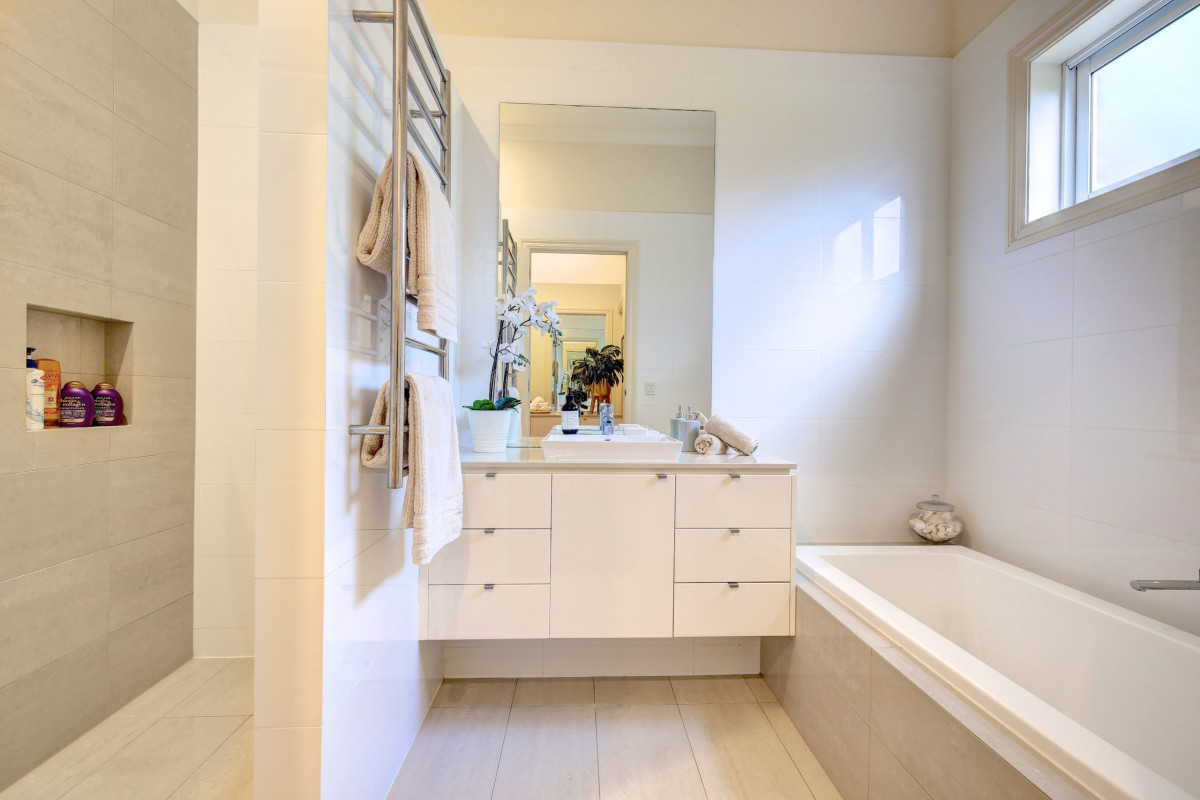 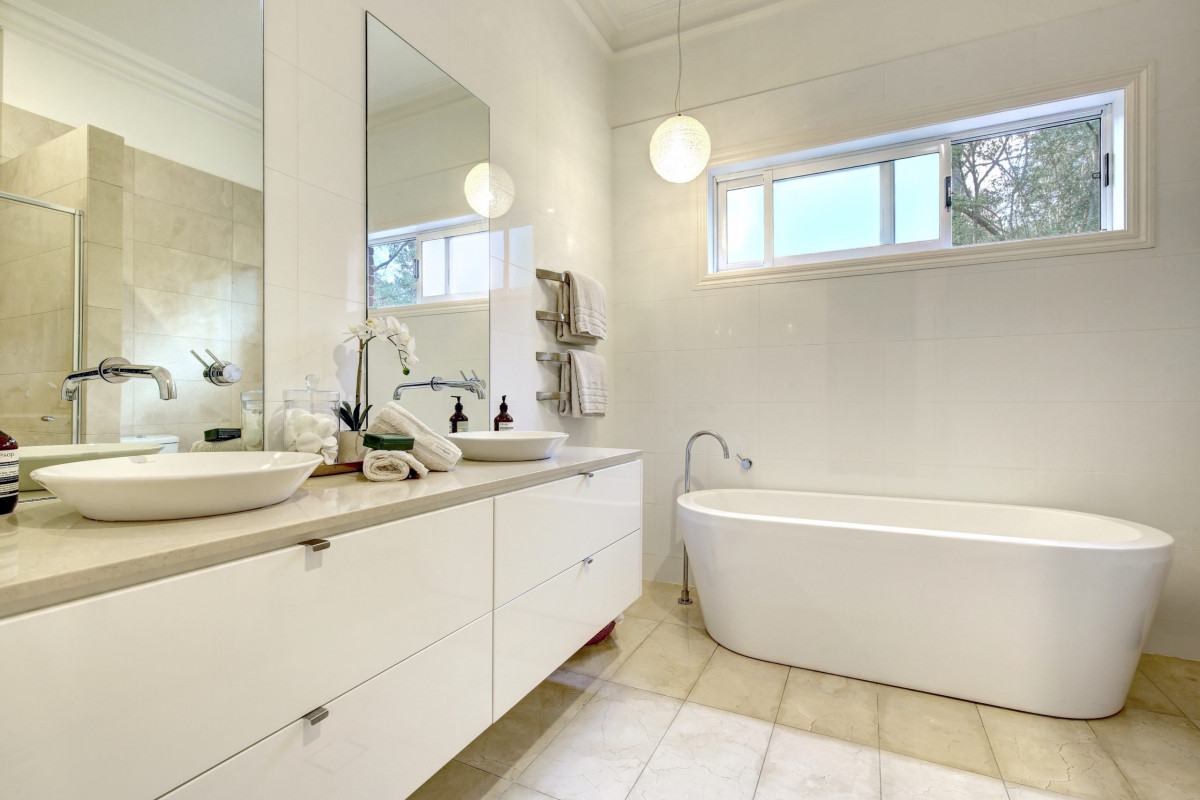 Vahid hand-picked the oversized seven-burner 120-centimetre Ilve stovetop. When he opened the box containing the imported Italian cooktop, he could see the expressions on the builders’ faces. “I knew what they were thinking,” Vahid remembers. “I couldn’t help myself; I turned to them with a very serious look and said: ‘Do you think do you think it’s big enough?’”

The landscaped grounds provide a low-maintenance yet beautiful Hills backdrop of gardens and trees, with the home’s footings built on the location of the old tennis court.

The property enjoys picturesque views, taking in some of the nearby Draper’s historic estate, which was sold for $2.6 million in 2016. 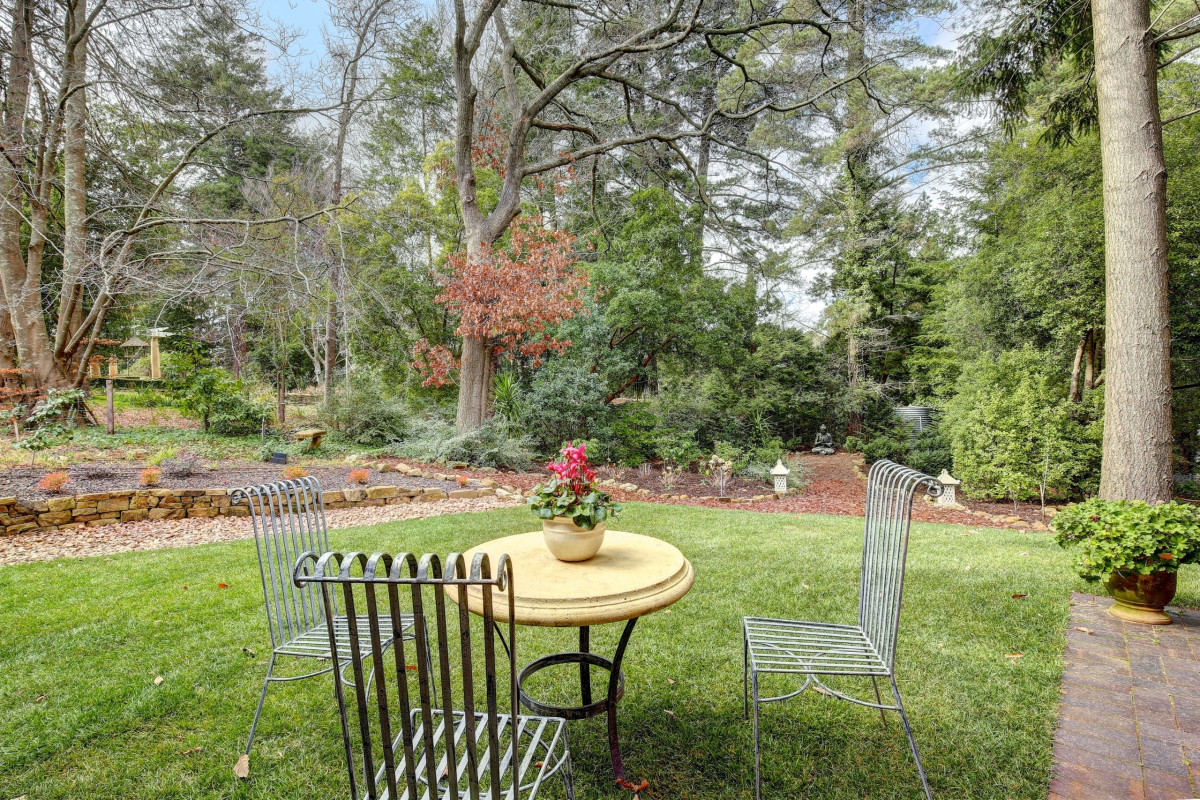 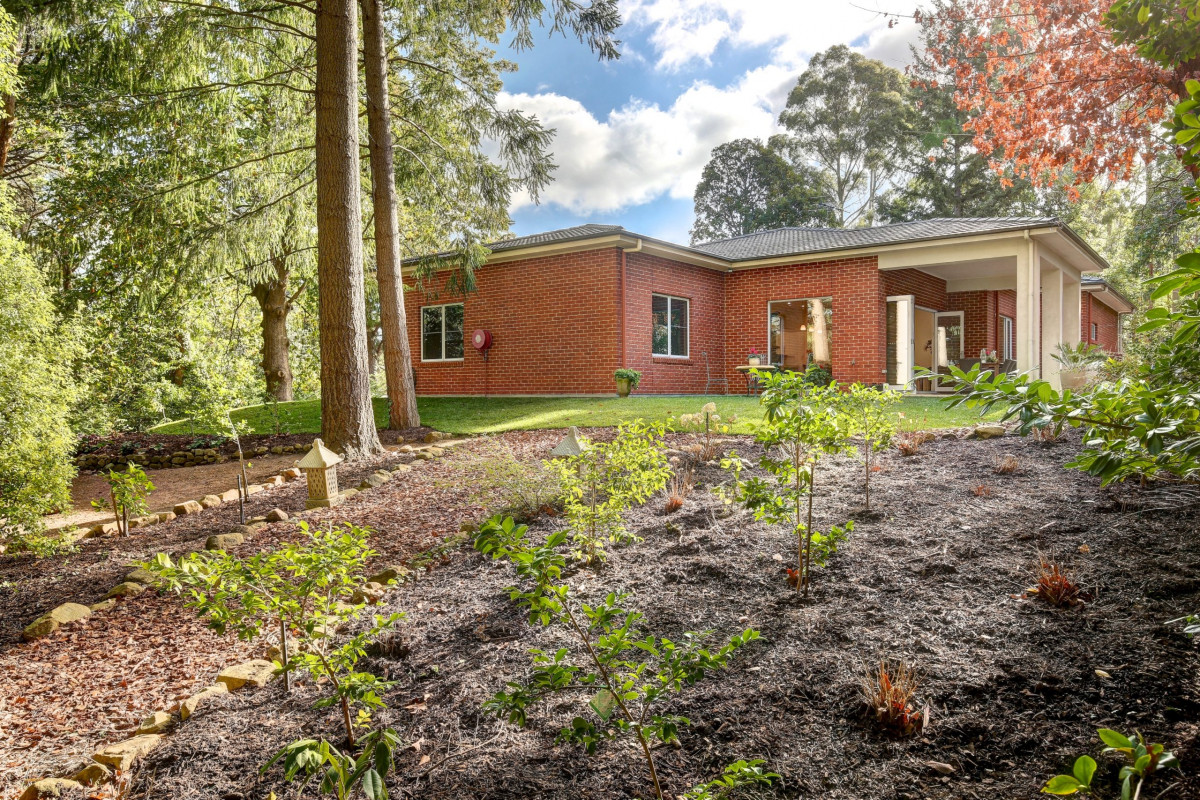 “Although we’re positioned on the top of a hill, the land is very usable. It’s been great for our children to run around, play soccer, ride their bikes, and go exploring. It’s close to walking trails and to Crafers, so it’s been a fantastic location.”

Liquidambar and oak trees surround the home, with sunlight filtering through French doors and large windows into the bedrooms and living spaces, which can be opened to enjoy the sounds of birdlife in the encircling canopies.

“We’re excited to move on to something new and I hope the next family loves it as much as we do.”

The sale is being handled by Phil Crowder and Chris Robson of Belle Property. 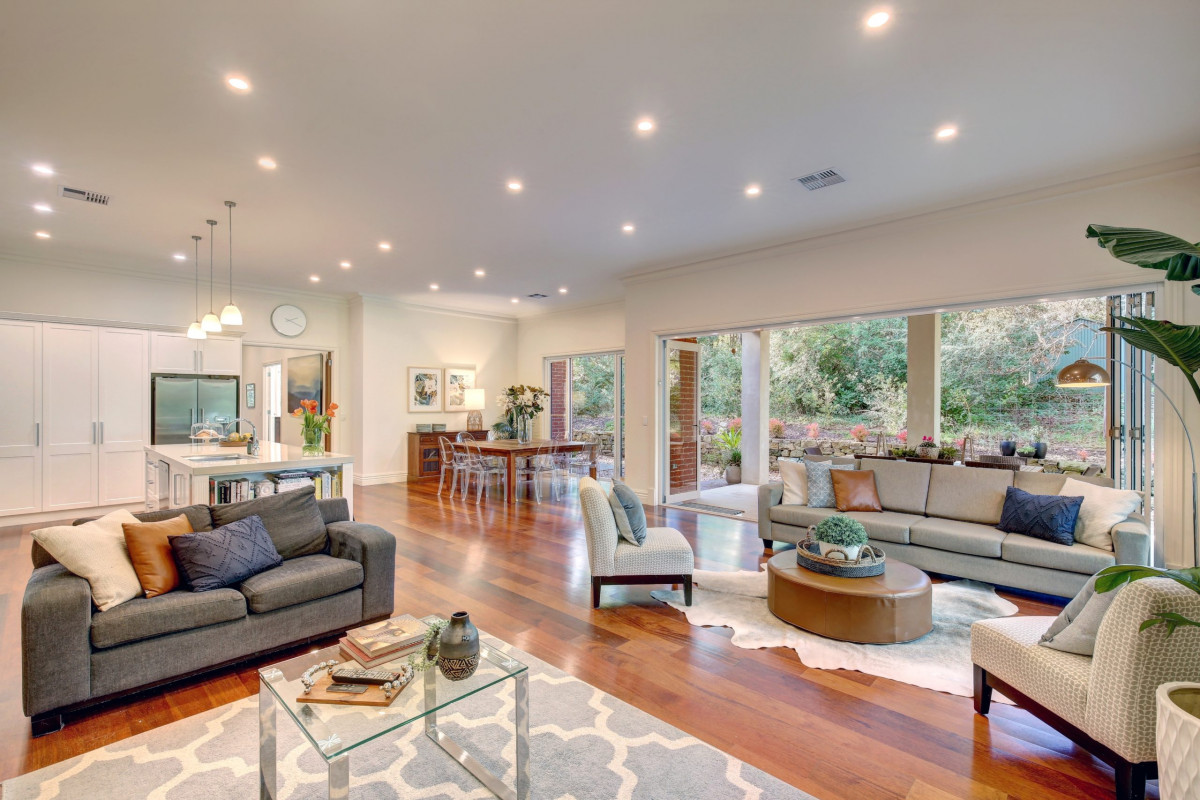 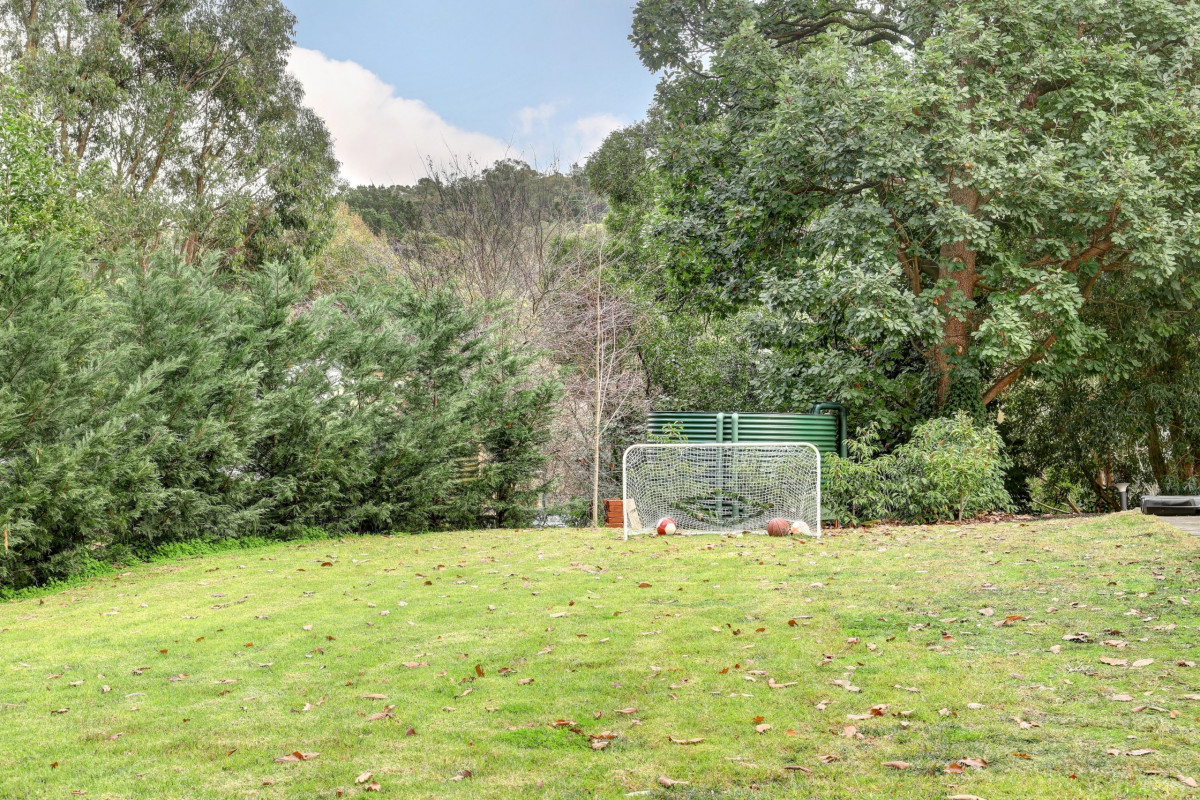