Peter and Sally Bell are moving on from Hazelmere, a slice of the English countryside – complete with its own equestrian and wedding facilities – encircled by 30 hectares of picturesque grounds.

Once operated as an Adelaide Hills wedding venue — boasting its own equestrian facility, paddocks and two separate homesteads — Hazelmere is awaiting its next custodians.

It was the English charm of the 30-hectare estate that first impressed Peter and Sally Bell when they purchased 396 Battunga Road about 13 years ago. They are the third consecutive owners from an English background.

Peter is an engineer and entrepreneur, who has a passion for classic cars. He currently runs Carcraft Services at Mount Barker, while the couple also farm sheep at Keith. 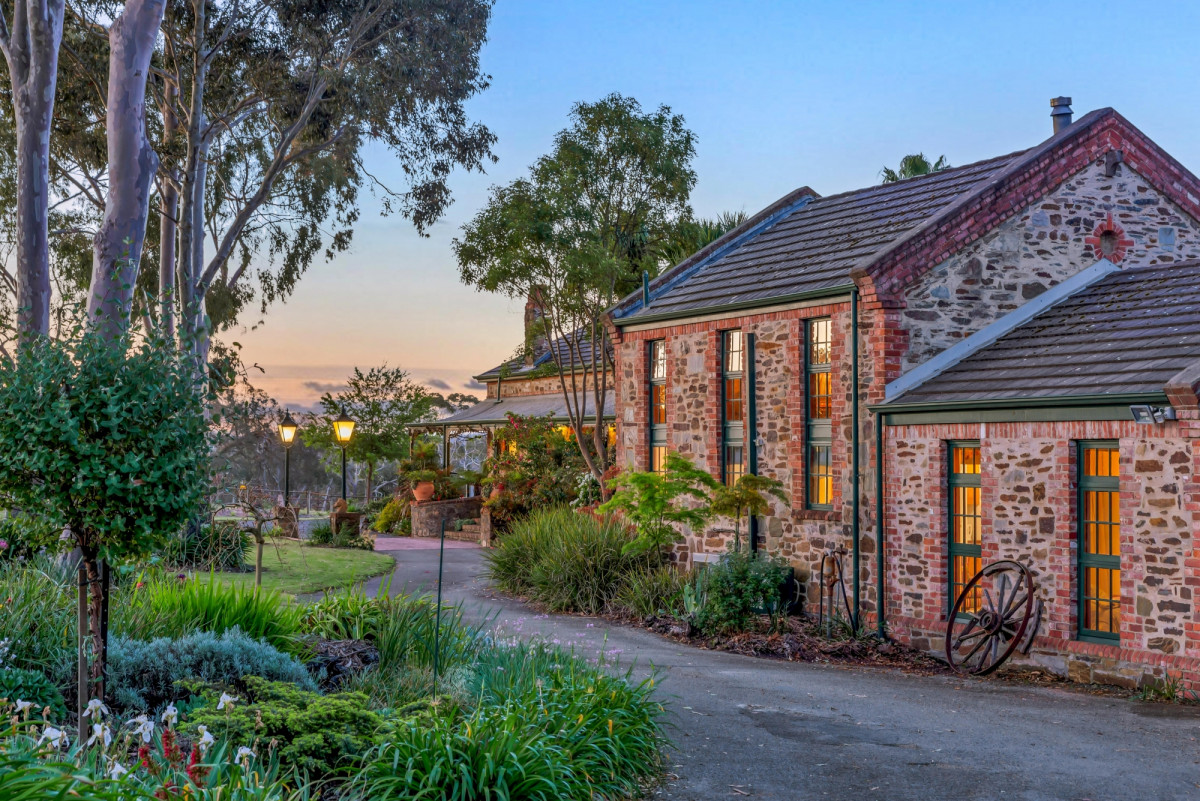 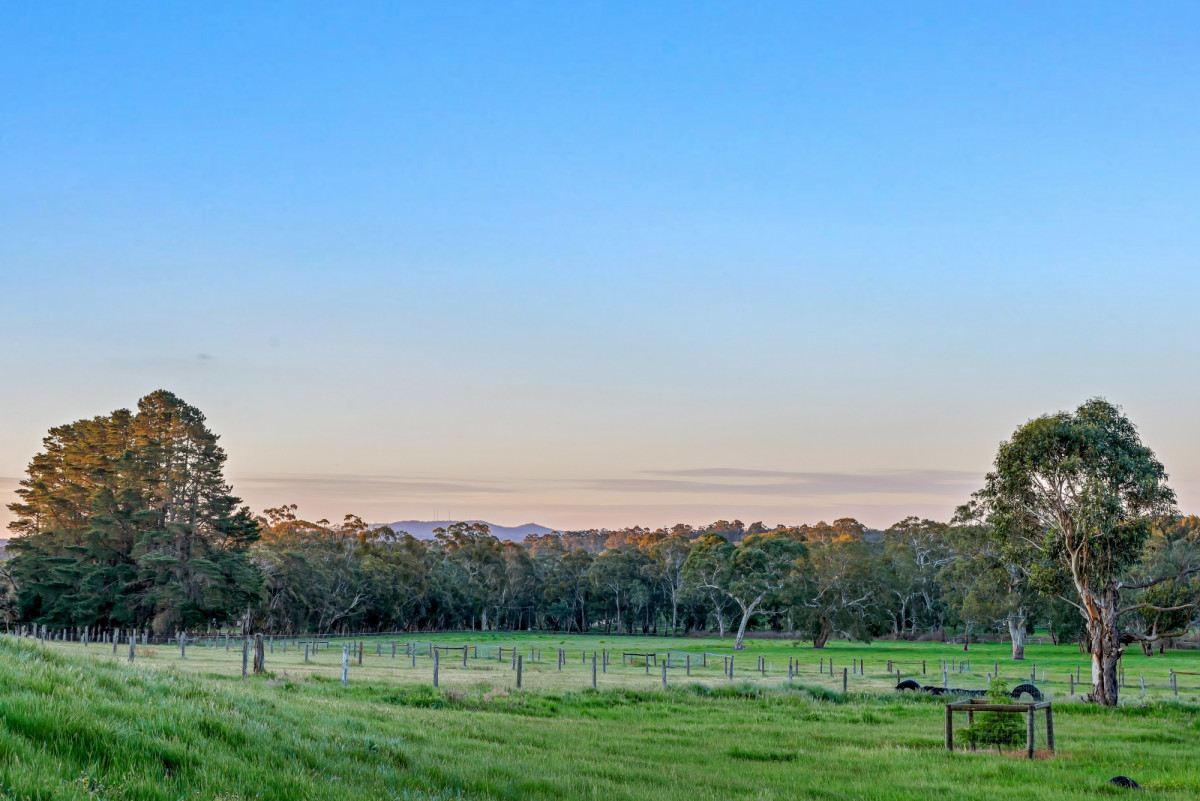 Both now in their 60s, Sally and Peter have not run the property as a business, instead hosting celebrations for friends and family.

Previous owners have operated Hazelmere as a wedding venue with a reception area that can seat up to 120, serviced by a commercial kitchen and bathrooms.

The main two-storey bluestone homestead has four bedrooms and bathrooms, a large cellar, and a solar-heated indoor swimming pool.

There is a separate two-storey bluestone cottage that can be operated as two independent bed and breakfast accommodations. There’s also an original one-storey farmhouse built in 1901, which contains three-bedrooms and could be used as a manager’s cottage. 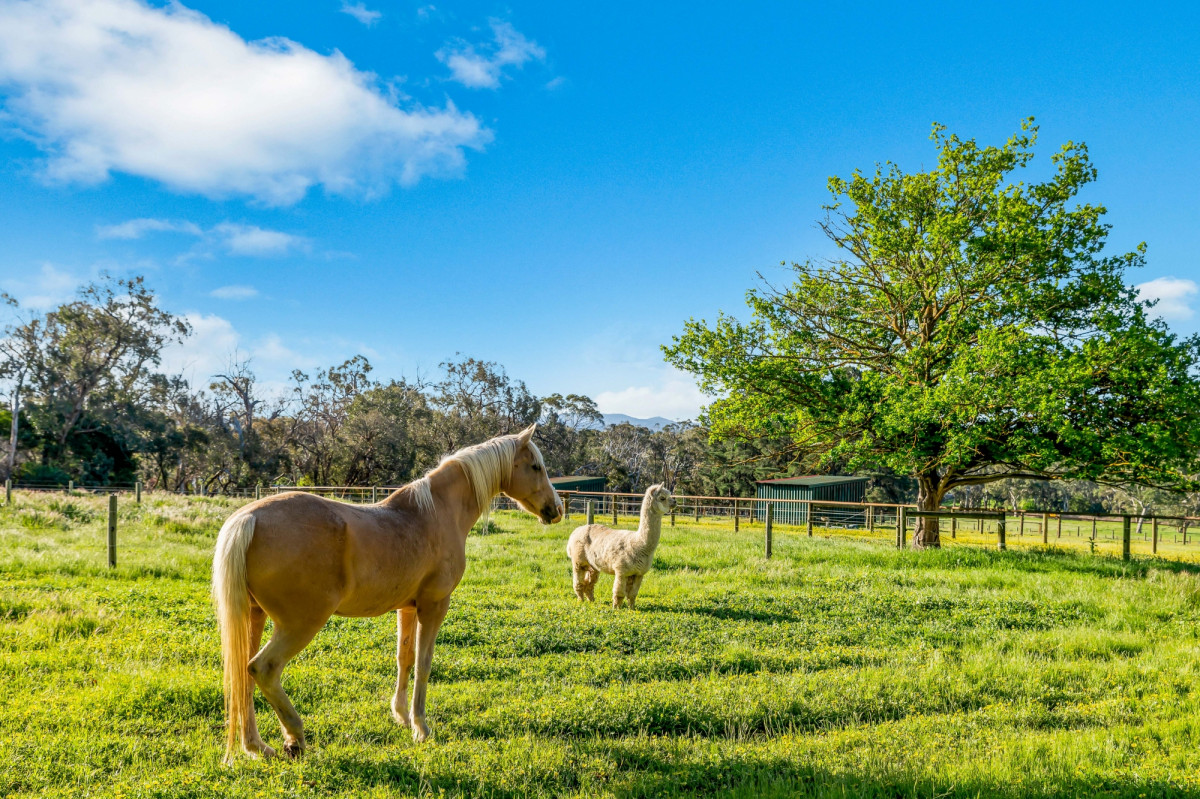 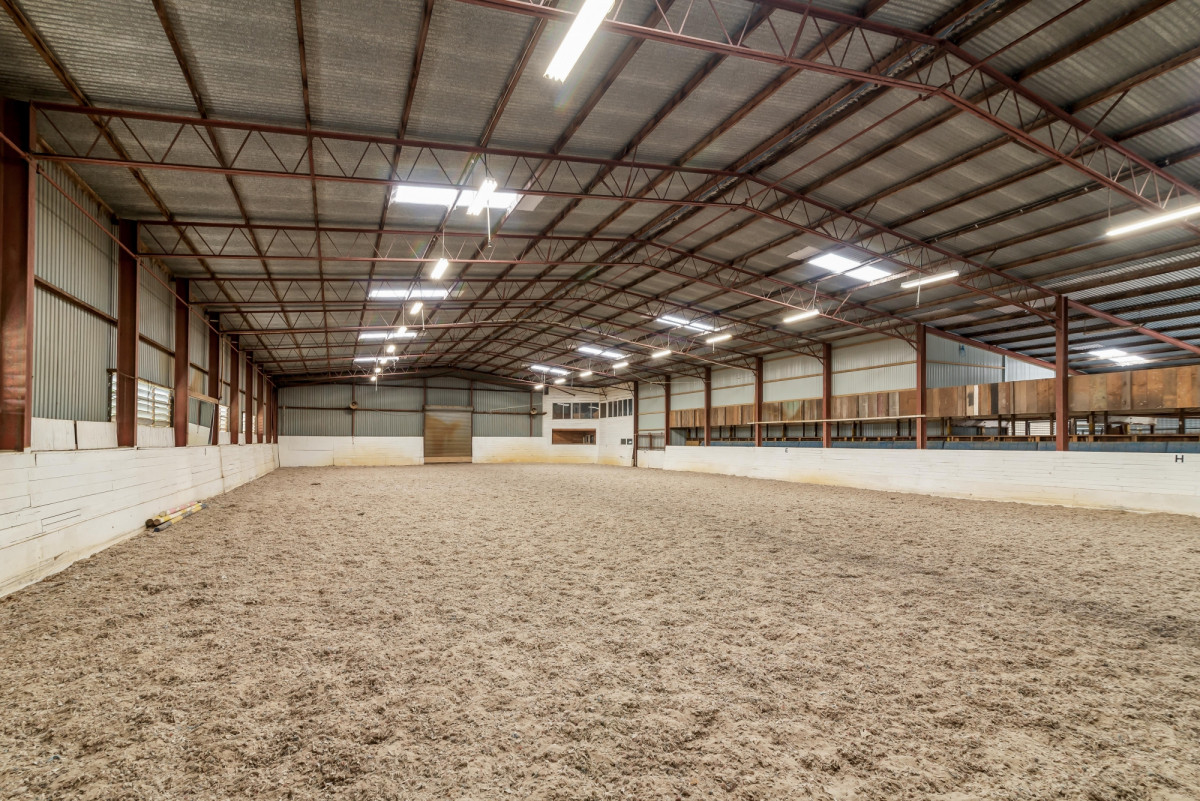 “The property would suit numerous owners because it’s got so many different aspects to it. There are equestrian facilities and also the wedding venue. Weddings always used to do very well at the property,” Sally says.

The impressive equestrian complex, with indoor and outdoor facilities, has been a source of joy for Sally who learnt to ride on the property.

“My father would never allow me to ride, for fear of me falling off. So, in my 50s I decided I was going to learn. Although, funnily enough, I did fall off and break my wrist, but it didn’t stop me.”

With Echunga’s rich grazing country, the property encompasses two hay paddocks, on which the Bells keep up to 30 cattle. There is plenty of room for horses, goats, alpacas, and chickens. 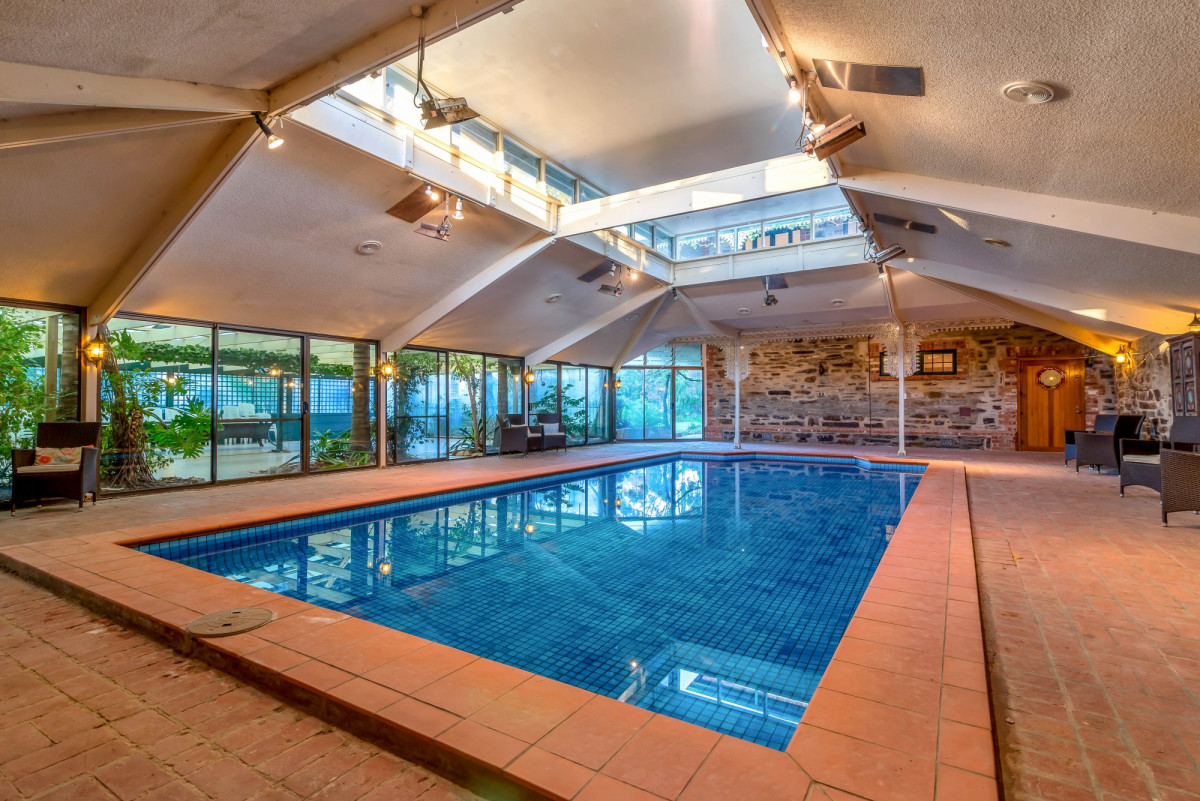 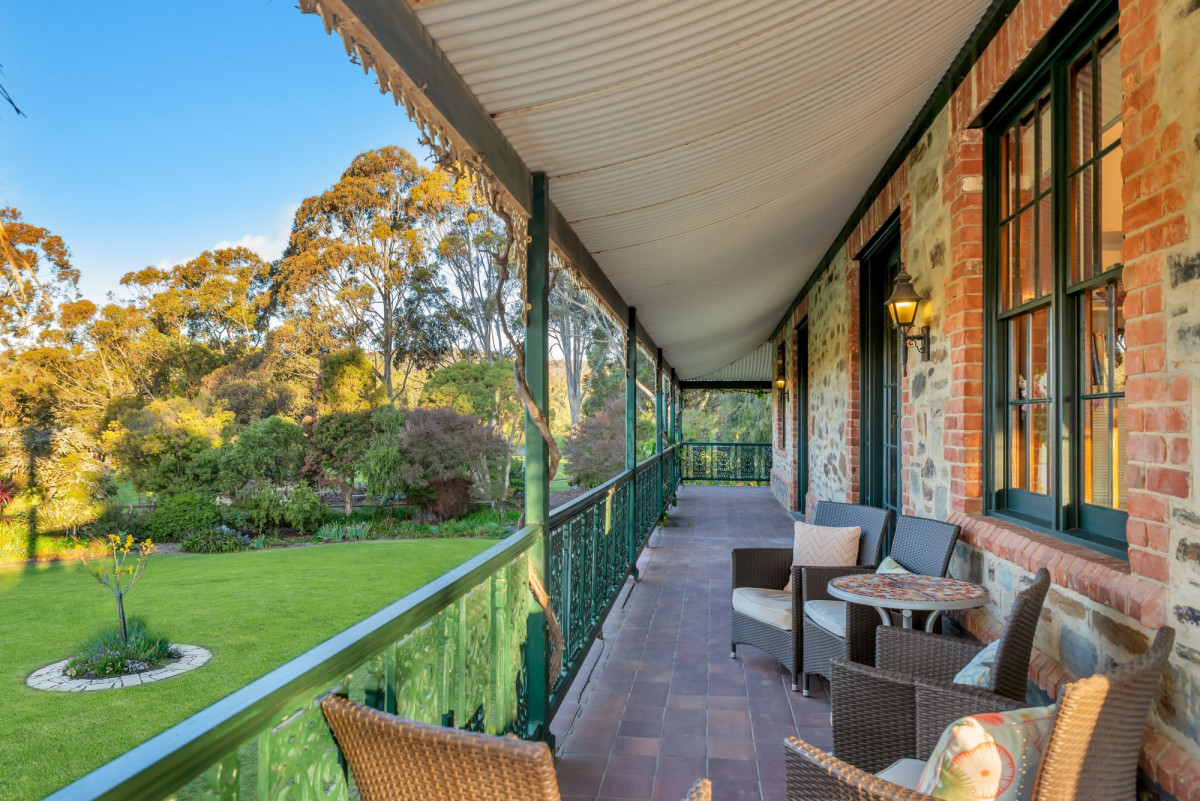 The land title comes with an irrigation licence and there is a bore, a dam, and rainwater tanks.

“The ambience and warmth of the property is a drawcard. There is a beautiful long driveway up to the house, lined with 60-year-old oak trees.”

Sally has put a decade of work into the garden and landscaping, with the help of expert local gardener Gerald Crawford.

“He’s an amazing gardener and over the past 12 years he’s helped me strip out all of the tangled growth.”

Trees have been trimmed and underplanted, with additional plantings of silver birch and pin oaks, as well as a number of Japanese maples. A recent addition to the landscaping is a Japanese bridge over a water pond. 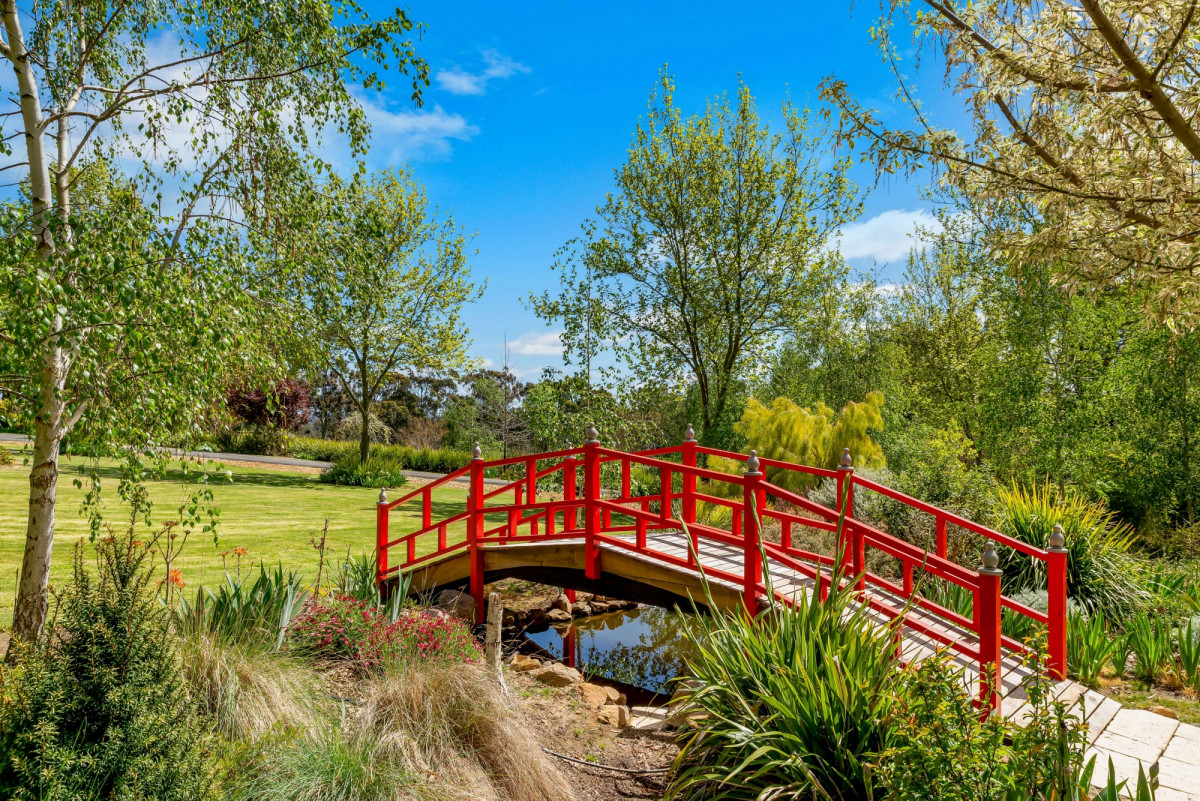 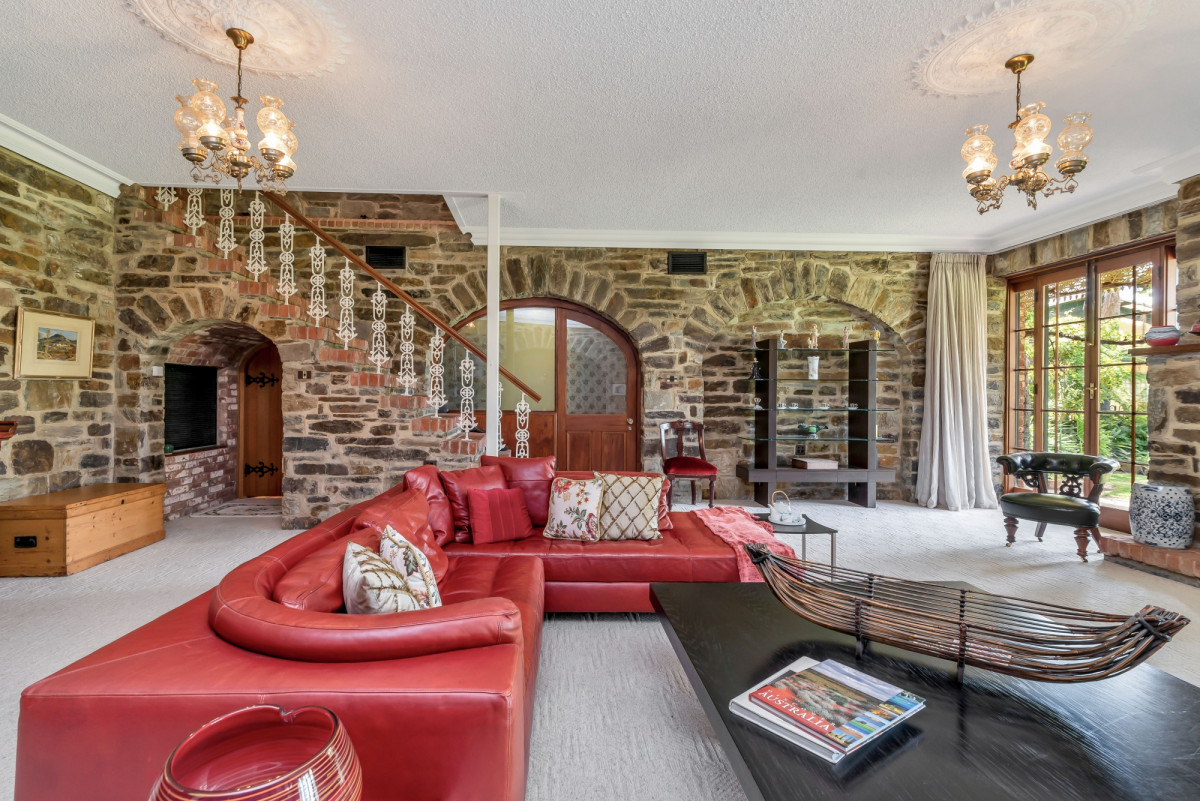 “The garden is one thing I will miss terribly. I also have a lovely water fountain which trickles away near the front door,” she says.

“There’s a lot of birdlife, and we hear the frogs at night. I think we’ve got a terrapin, who migrates backwards and forwards between the pond and the dam.”

Sally will also miss her neighbours, although she says she often has to go looking for them in the fields surrounding the homes.

As they travel regularly to visit a daughter living in America, the couple are looking for their next home. “We don’t want to neglect the property and we’d like to pass it on to the next ambassador of Hazelmere.” 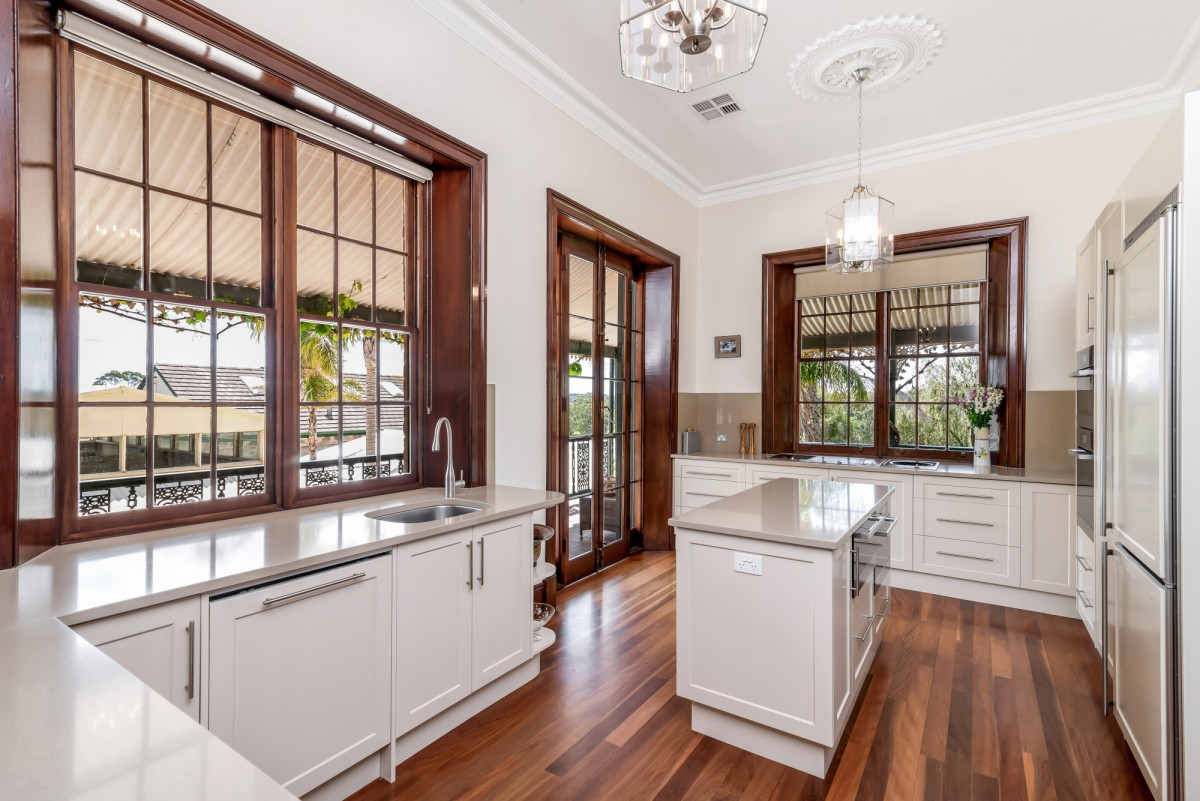 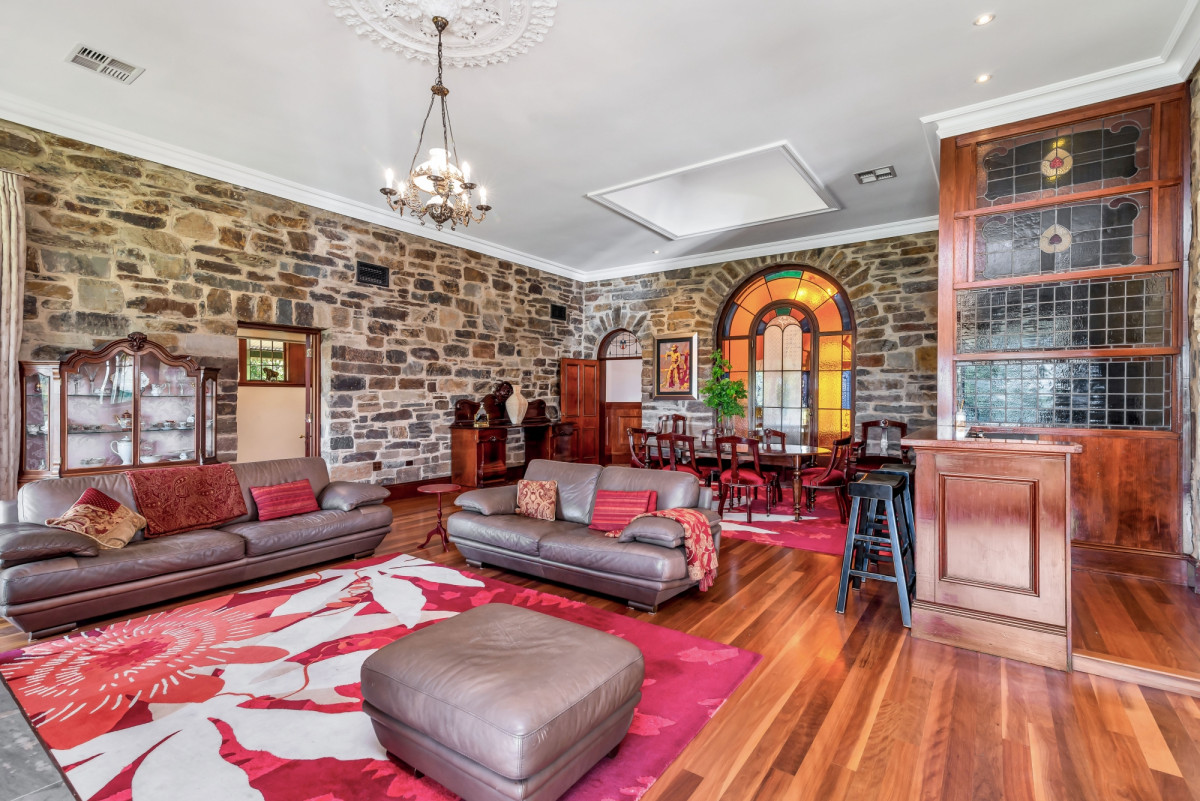 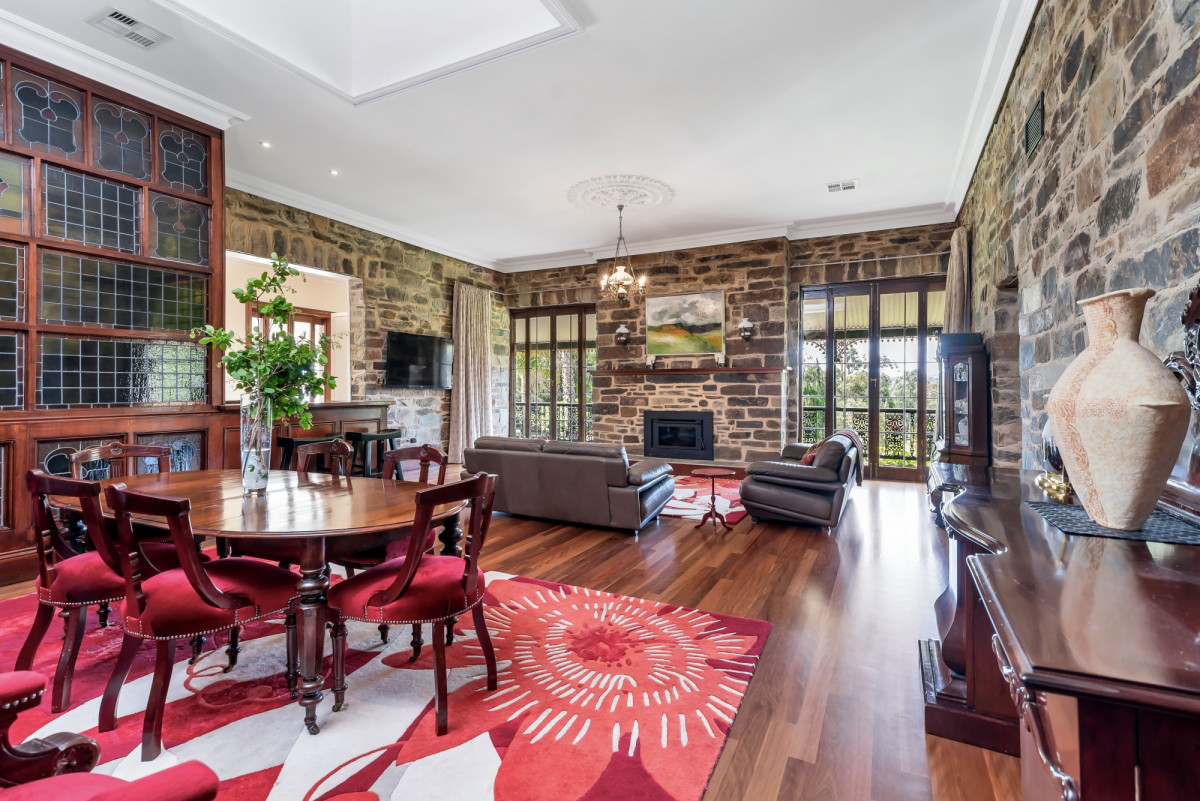 The homestead is adorned with traditional features such as lead lighting, timber and exposed stone walls, all creating the feeling of warm English charm.

There is plenty of room with a total of 10 bedrooms across all three structures. Peter and Sally have often hosted groups of friends to stay, while their sons have lived in the separate accommodation, on and off over the years.

“The home could be anything from a small brewery, winery outlet, or wedding venue. I’ve often thought of growing flowers here, as there are a couple of paddocks which would be lovely for that.” 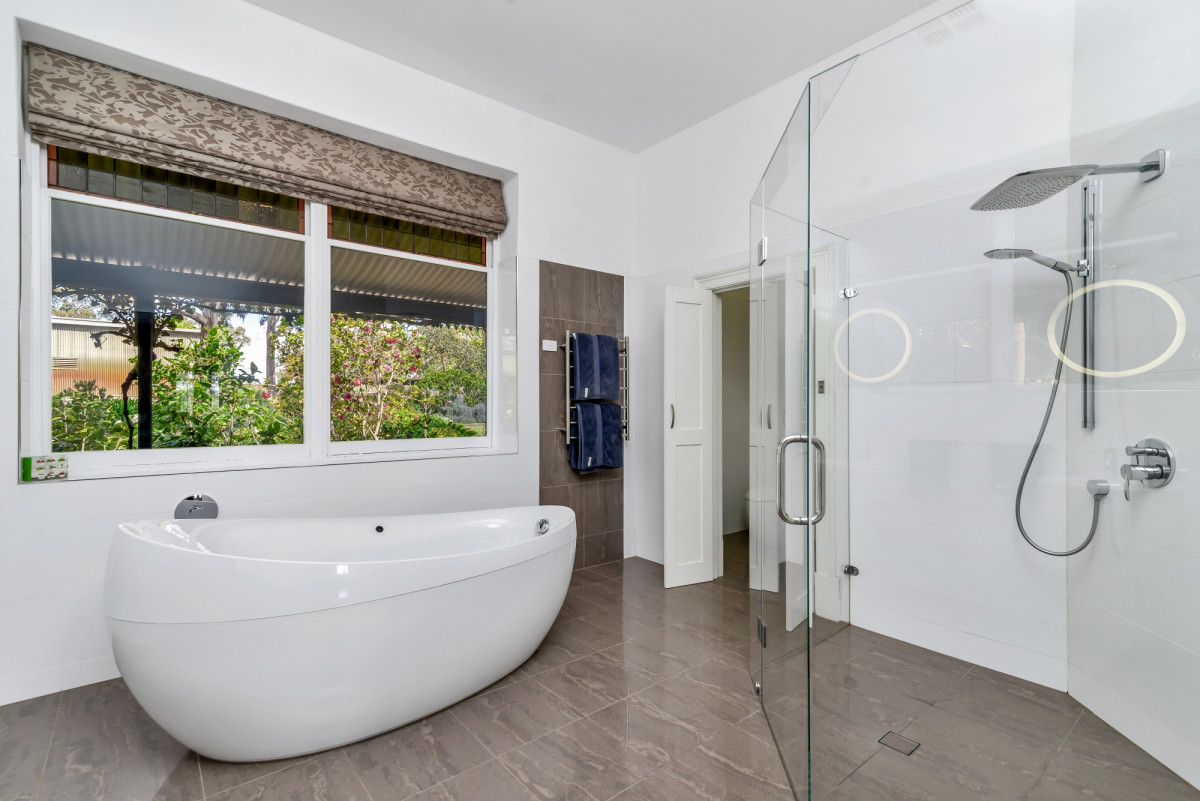 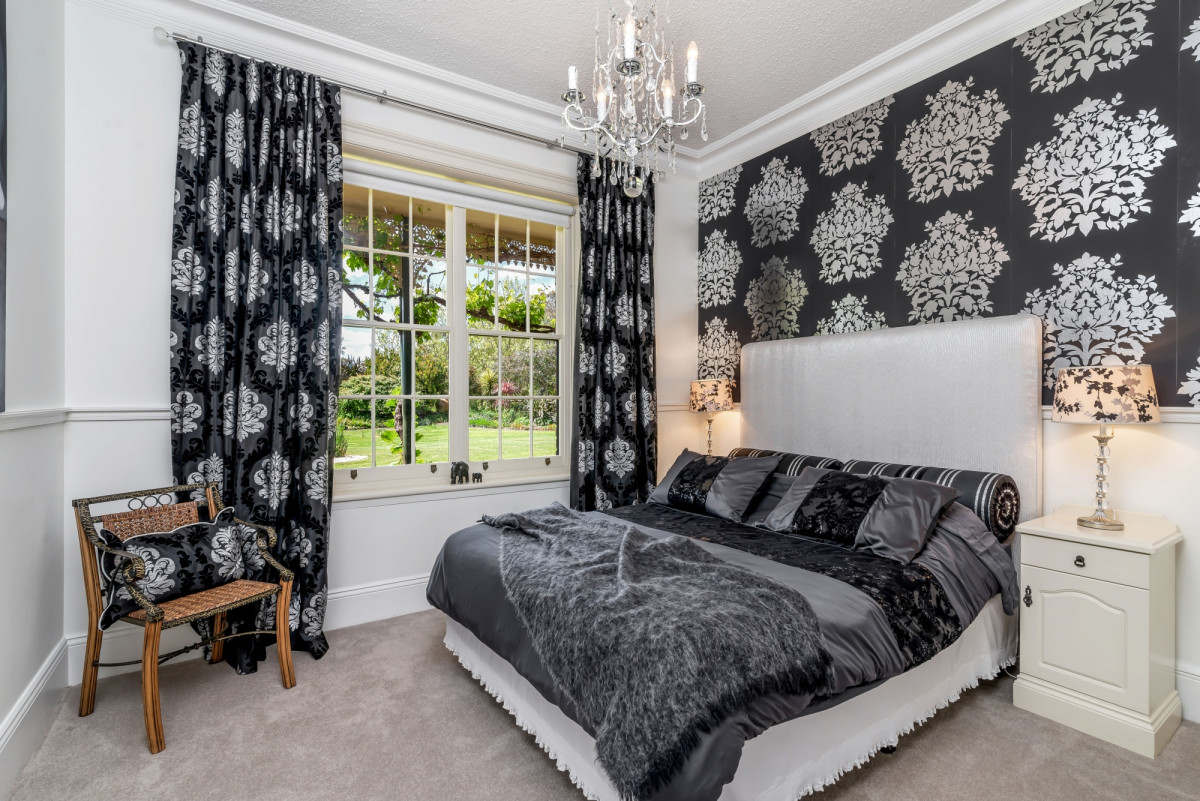 With his interest in classic cars, Peter has set up a workshop with hoists, while Sunday drives to wineries and local Hills towns are a perk of the location.

“I love the fact that we have such great food and wine up here, to be able to get out in classic cars and enjoy the outdoors,” Sally says.

“We do have a very big cellar, although we could never fill it in a million years.”

The sale is being handled by Dee-Anne Hunt of Williams Property. 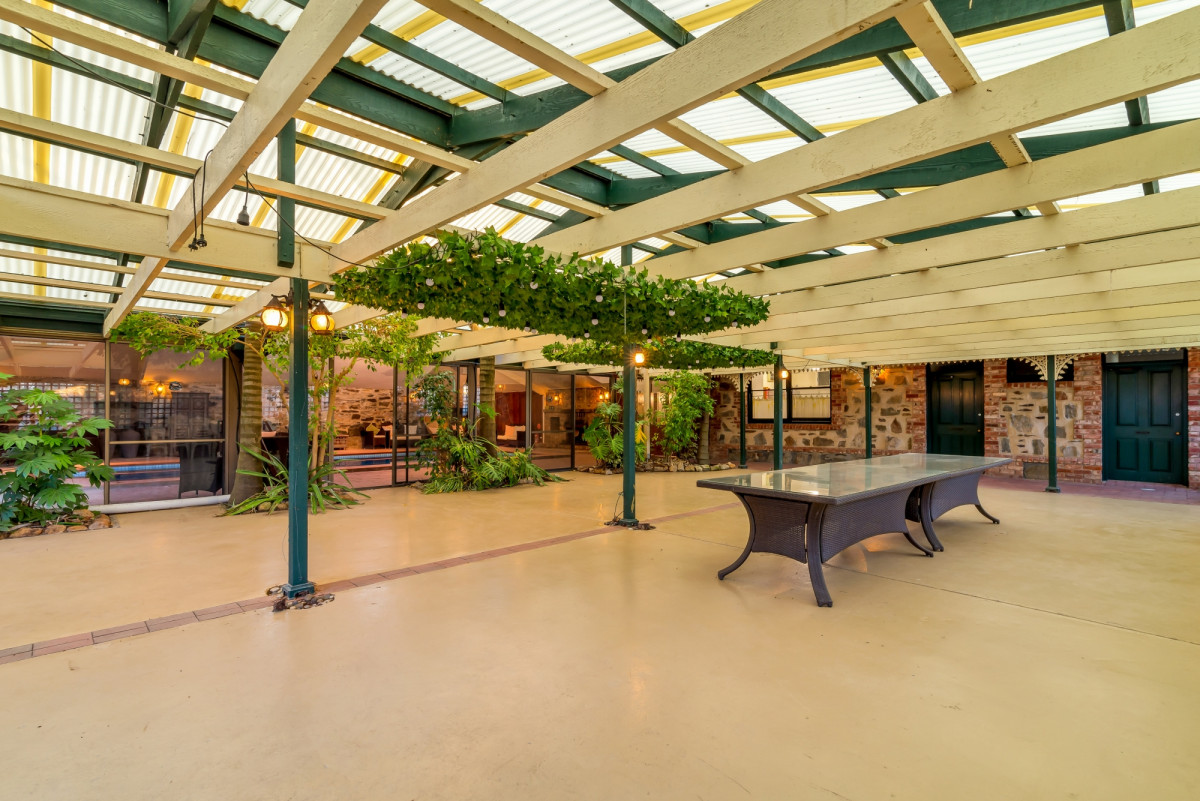 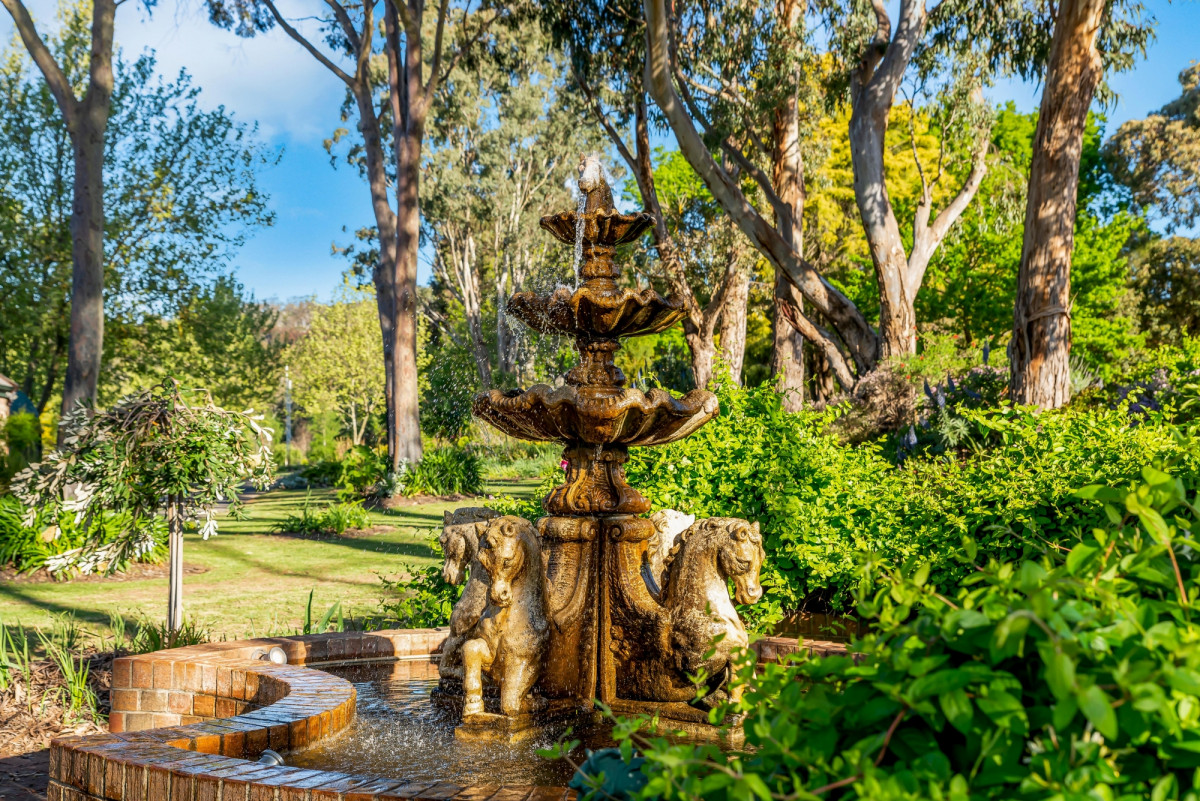 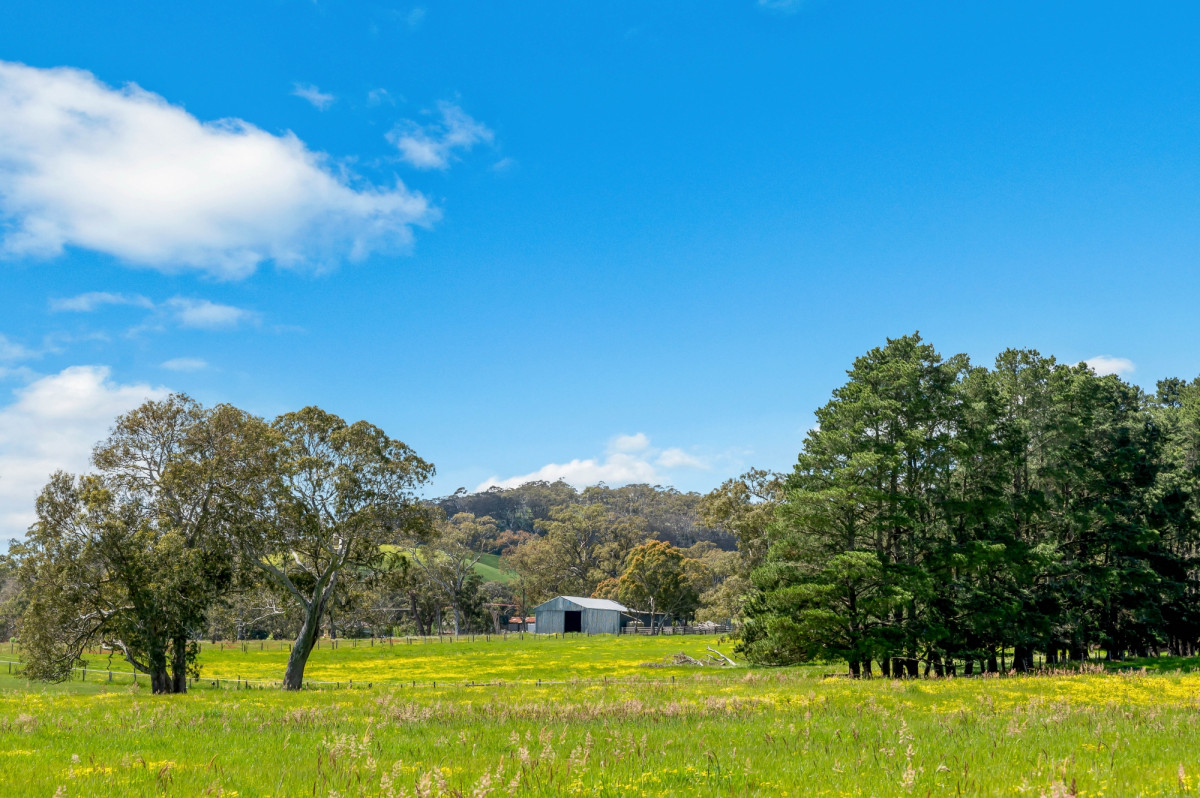