This five-bedroom stone villa and its park-like grounds is hitting the market for just the fourth time since it was hand-built by Cornish stonemason and gardener William Pengilly in 1862.

Sitting on more than 2200sqm of immaculate park-like grounds, the stone villa at 115 Wattle Street, Fullarton, is steeped in history dating back to its construction year of 1862, which is inscribed into the stone facade next to the home’s name, “Penrose”.

Penrose was built by Cornish stonemason and gardener William Pengilly, who superintended the laying out of parklands for the City of Adelaide. He is said to have planted more than 100,000 trees around the city and suburbs.

Today, 158 years later, the grounds are in immaculate condition and still reflect high-quality stonemasonry and horticulture.

Professional couple Tony and Megan fell in love with the property when they purchased it in 1995. Having now raised their three children who have enjoyed full use of the grounds, tennis court and pool, the couple is selling the property to downsize. 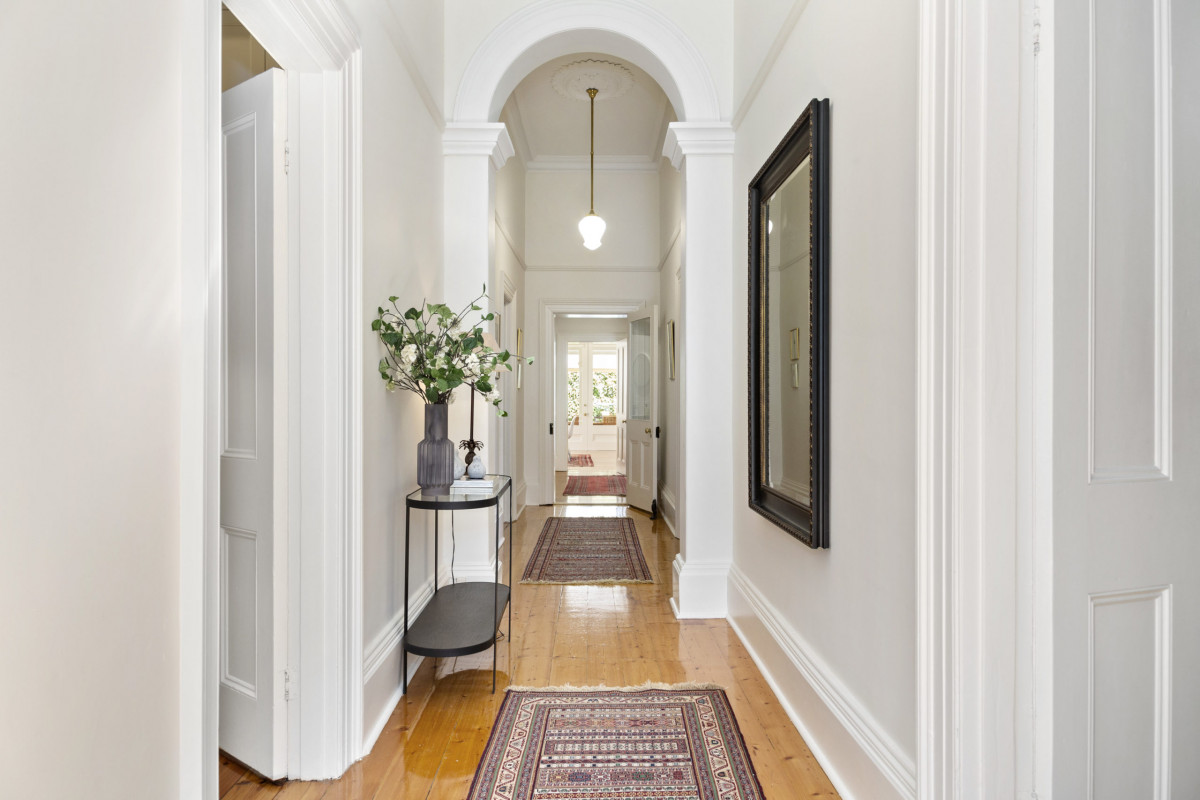 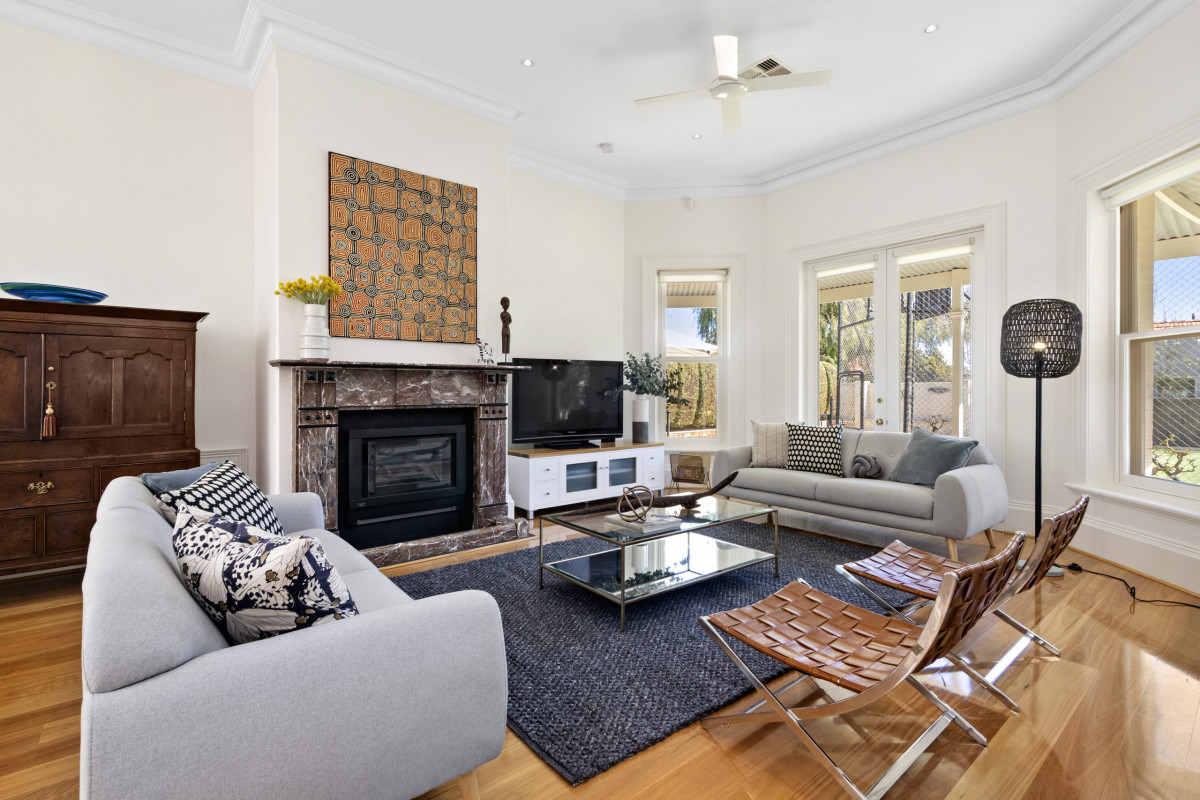 It will be just the fourth time the property has been sold in 158 years.

“It’s only changed hands three times since 1862,” Tony says. “The kids are now at an age where we are looking to downsize and, with much regret, it is time for us to be moving on.”

With the appeal of a country-style homestead, the structure contains the original sandstone symmetrical-fronted villa, with a significant bluestone addition completed by a previous owner.

Over the past few years, the couple has completed a number of modern interior renovations, including installig a new JAG Kitchen, updating all three bathrooms, and creating a parents’ wing with en suite and separate his and hers walk-in wardrobes. All work has been completed in harmony with the classic nature of the home. 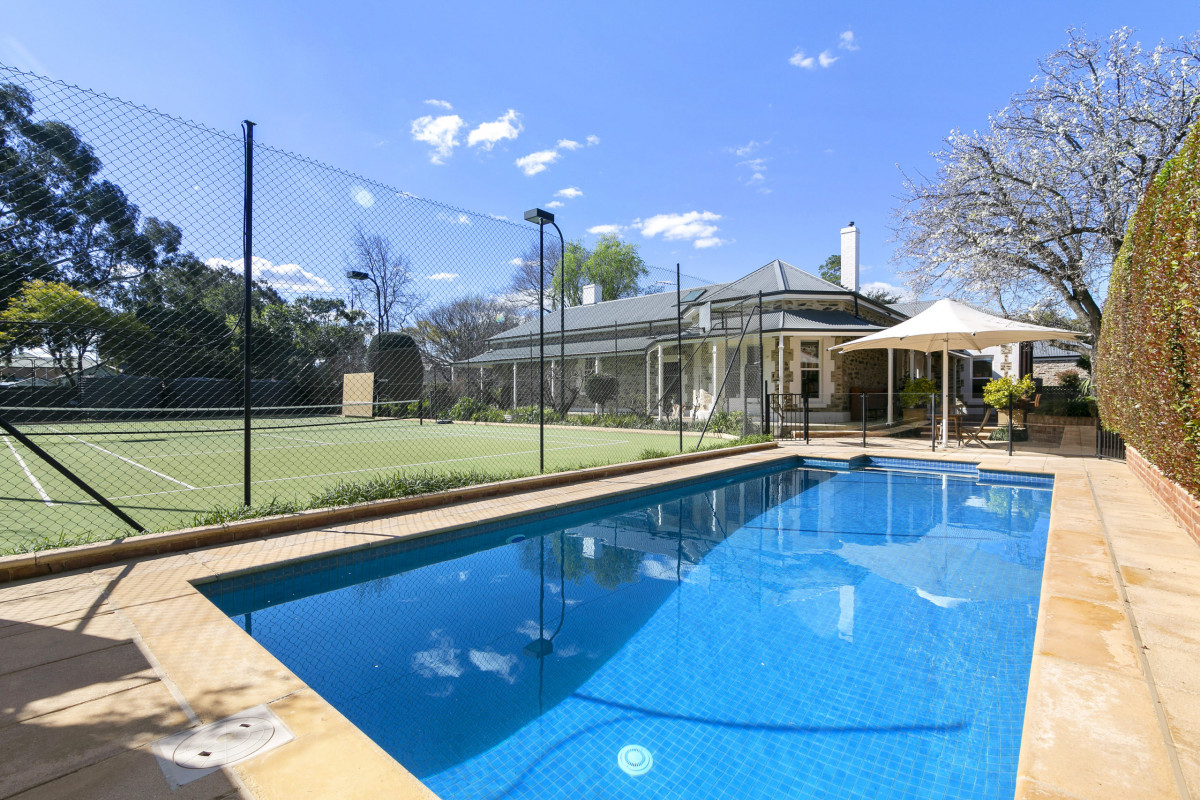 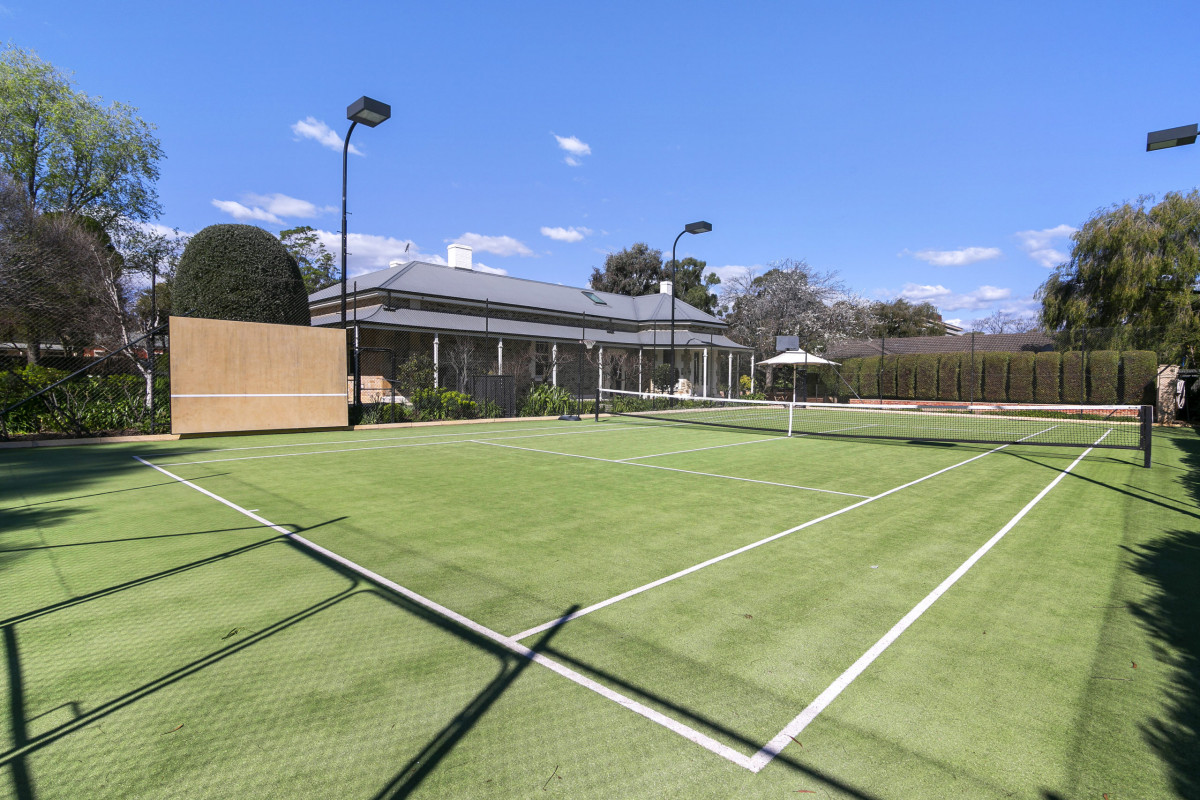 The couple also installed the pool, converted the tennis court to an all-weather synthetic surface, and constructed a new three-car garage, with storage and space for additional parking.

“It’s a lovely family home and we’ll miss it greatly. For active kids, the court and pool are fantastic; there’s not only been a lot of tennis played but plenty of other sports as well,” Tony says.

“Given it was built in 1862, it was clearly built by a stonemason because the house is very solid. We haven’t needed to embark on any sort of major structural enterprise at all.”

After William Pengilly had finished working on Adelaide’s iconic parks and gardens, he continued to be a keen gardener on the land attached to his house, which was once up to four acres. He was also an early winemaker. 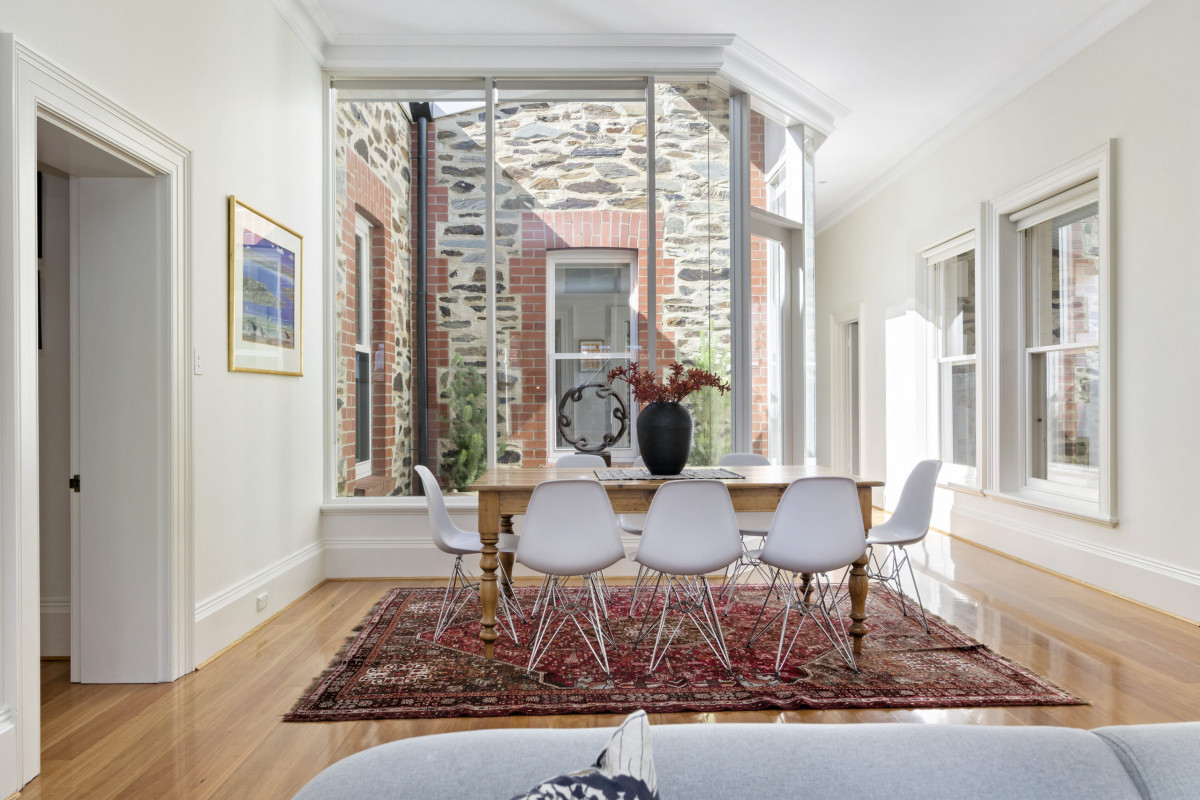 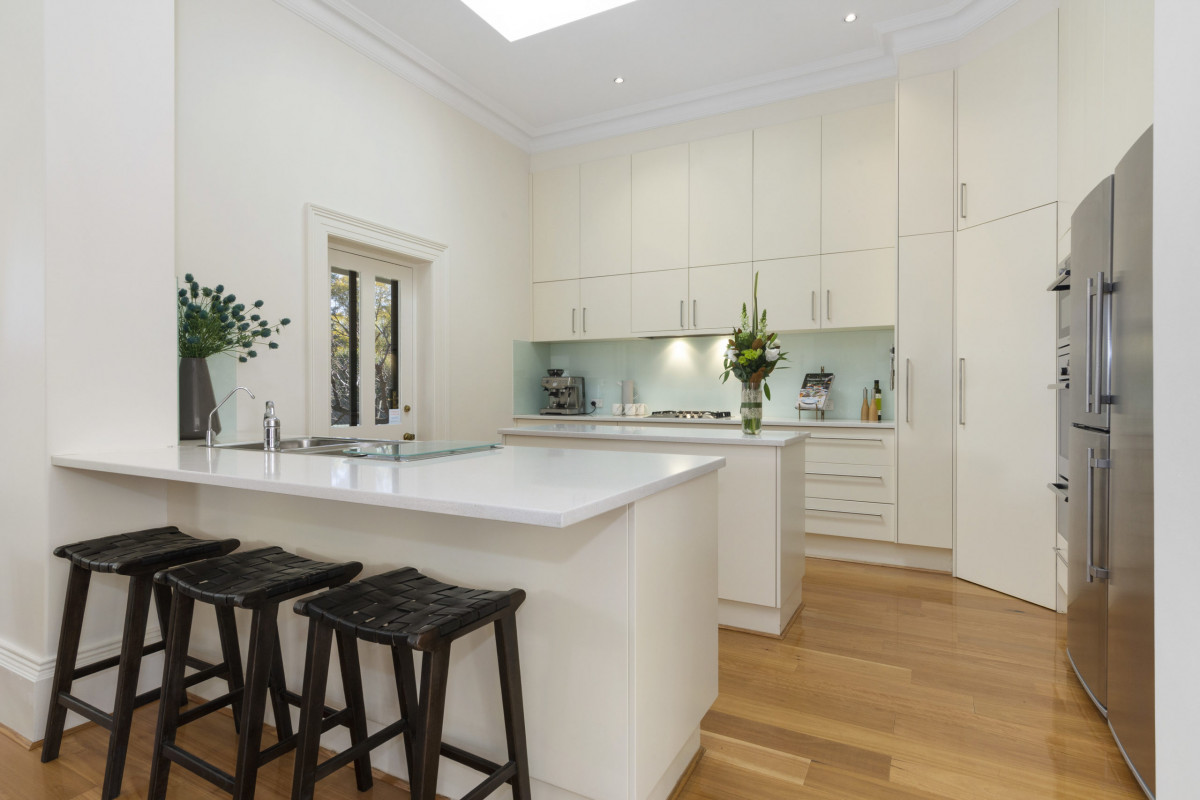 When Pengilly passed away, the house remained in his estate, which granted his daughter Christiana a life tenancy of the property. She lived in the house all of her 88 years. It was then sold in 1945 and purchased by Unley Council, which used the property as the council nursery.

The council subdivided land off the house, reducing it to its current size of 2270sqm. It was sold for just the second time in 1980 and the new owners built substantial additions in bluestone.

“In the 1980s, the bluestone extensions on the back were done in a harmonious style to the original house. It was designed around an internal atrium to maximise the internal light – so it’s a very light, bright house,” Tony says.

“It’s not a grand colonial mansion, but it’s just a fabulous character home.” 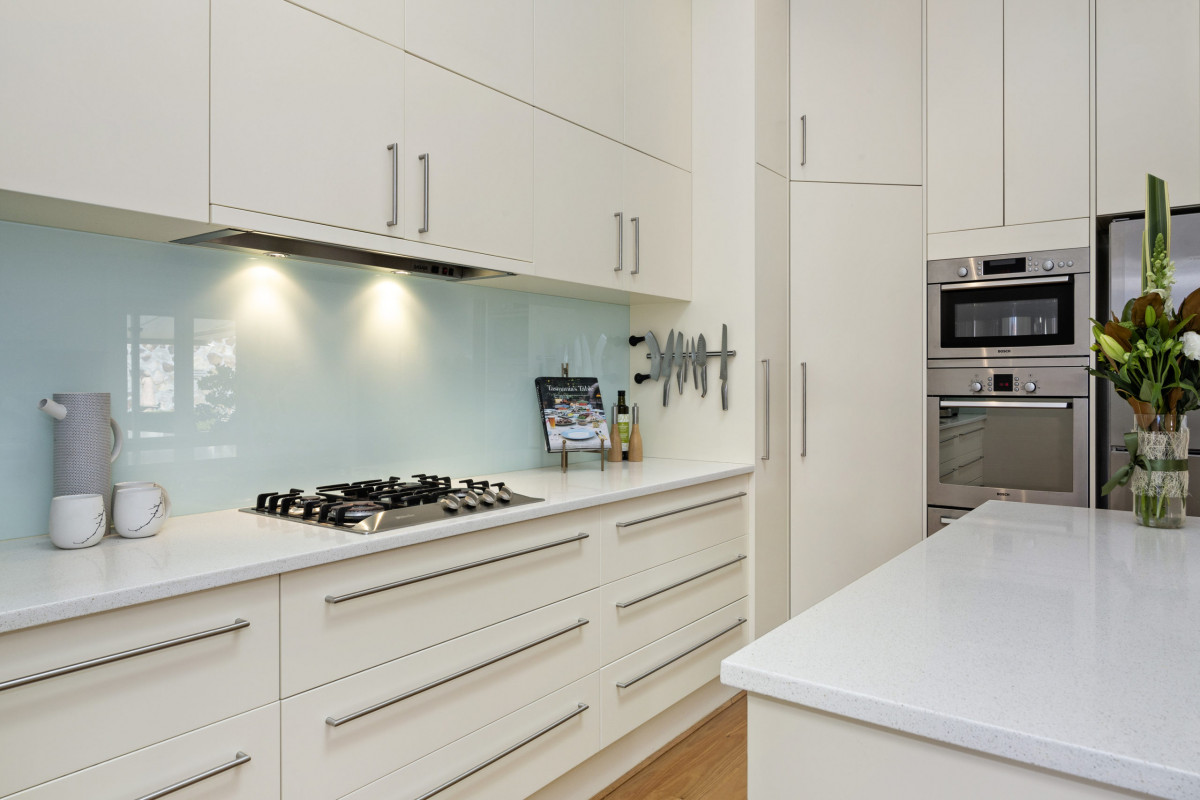 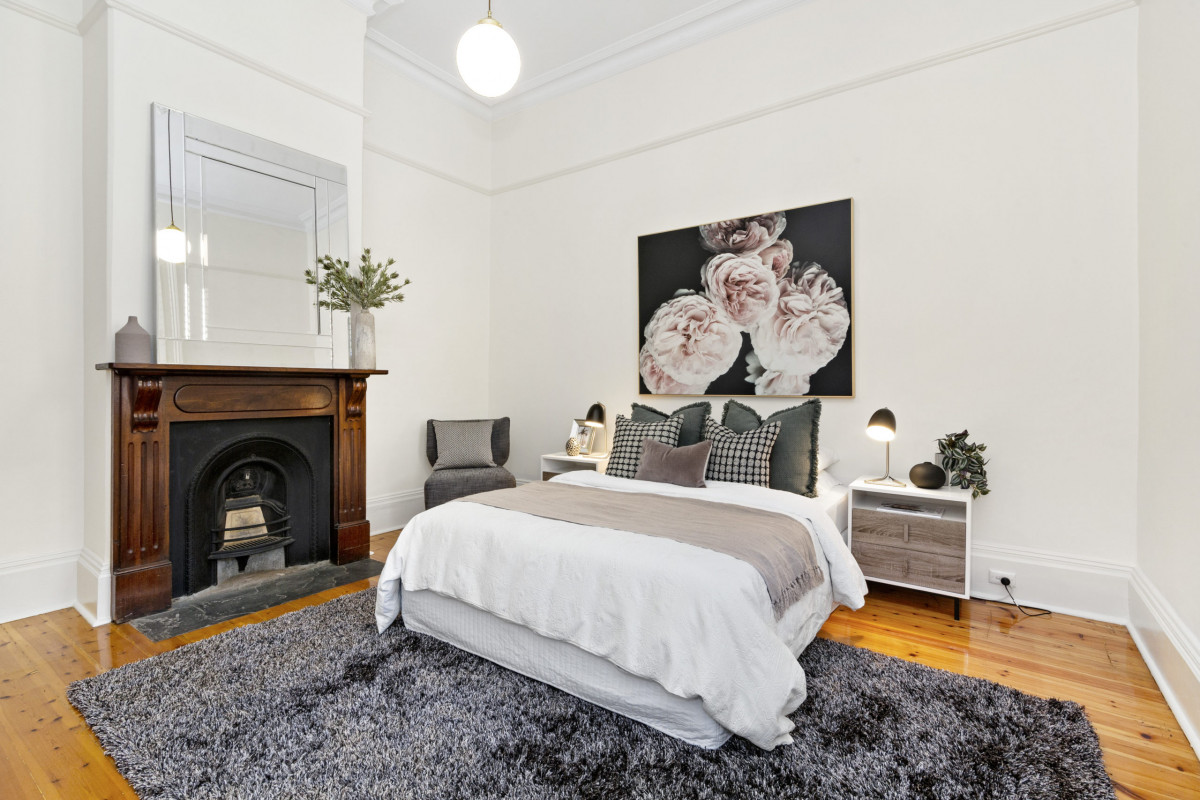 The home is currently configured as five bedrooms and three bathrooms, with a family room, dining area, sitting room, and separate study. A glorious marble fireplace was installed in the 1980s as part of the new extension, while four other rooms also contain period fireplaces.

“We particularly like the beautiful gardens; it’s amazingly private being on a corner block with high fences. It’s a beautiful garden that we’ve had a lot of enjoyment from.”

The original stonemason and gardener would no doubt approve of the home’s current condition. The grounds are shaded by mature trees such as a large liquidambar, a stunning golden elm feature tree, a Chinese elm, a Ginkgo tree, and a native frangipani. 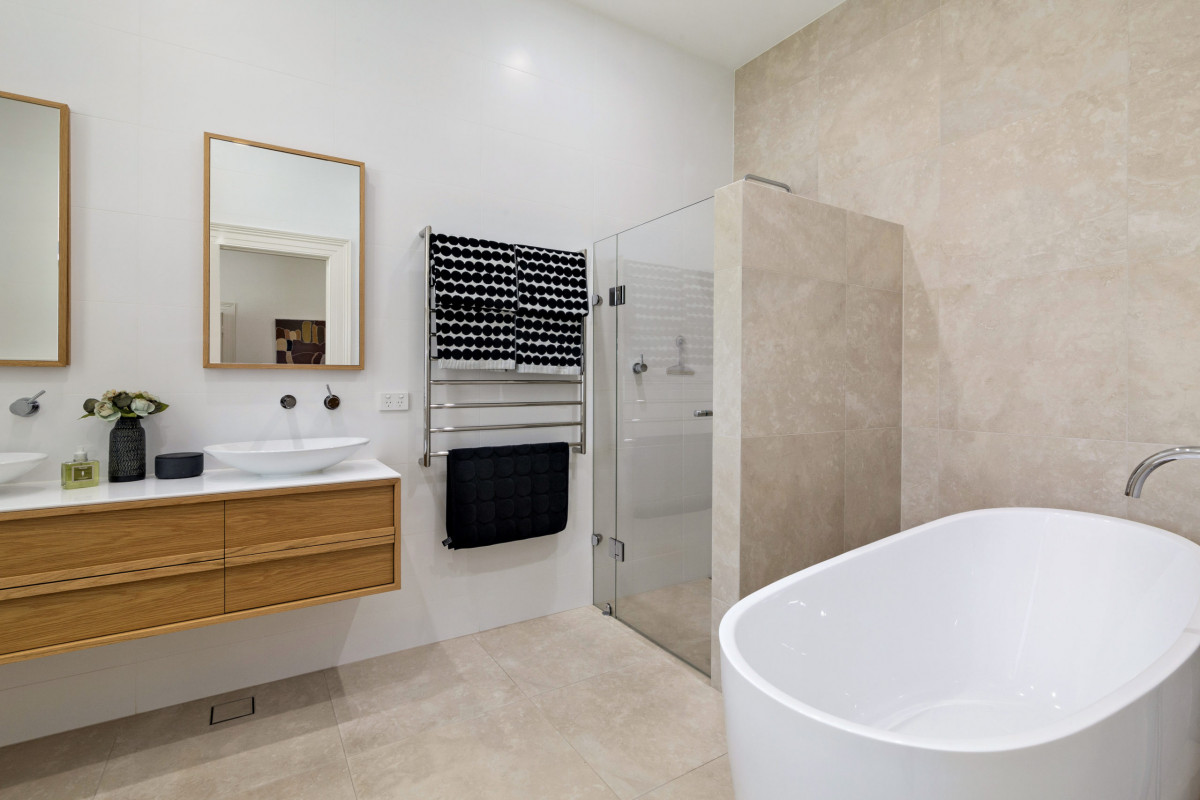 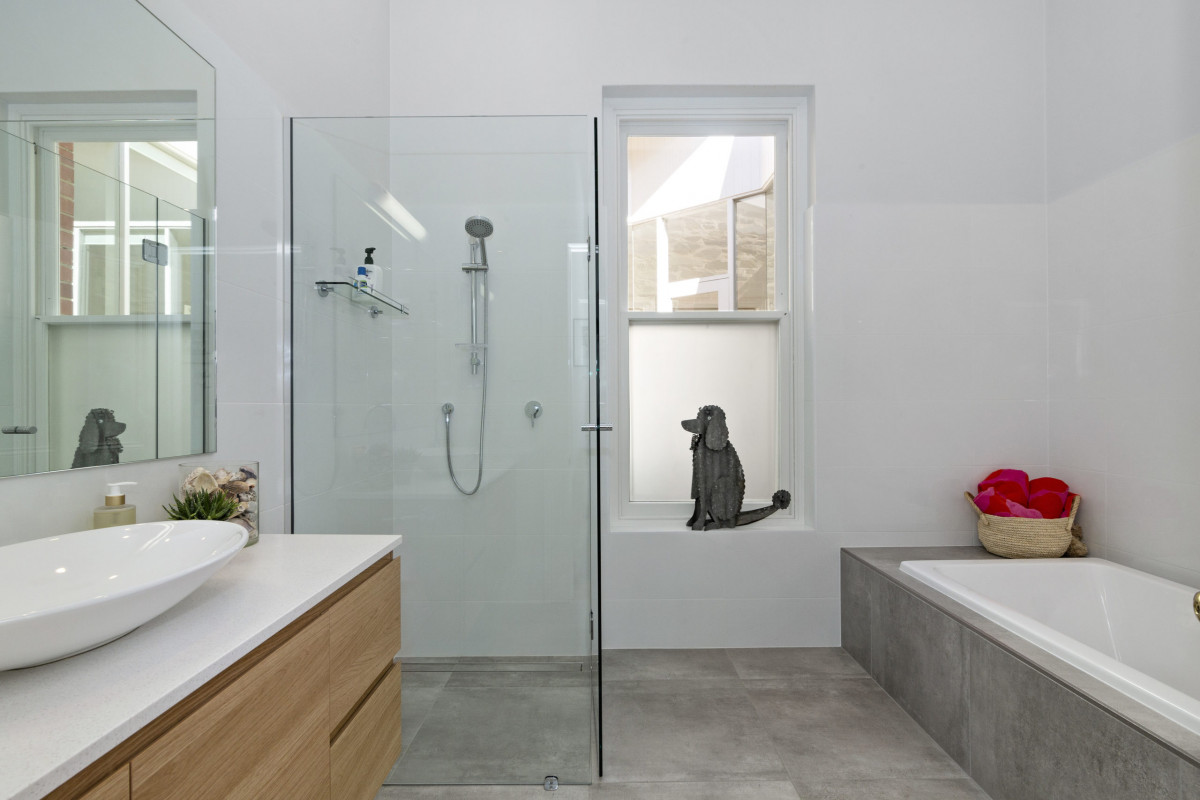 “The garden is lovely in spring when everything’s in flower. We have lots of roses and the garden is a bit of a joy, really,” Tony says. “It would be lovely to see the property go to someone who’s prepared to add to the custodianship of the house and garden.”

The garden contains a period street lamp post, which the family has nicknamed the Narnia lamp.

“It’s like living in a park and I will seriously miss having the space and gardens around us when we move to a smaller property,” Tony says.

“You feel like a custodian of the place, rather than the owner of it. It’s been a wonderful home and I dearly hope someone will take it on and enjoy it as much as we have.”

Toop & Toop Real Estate will list the property for sale next week. Details are currently available under the “Toop Vault”. 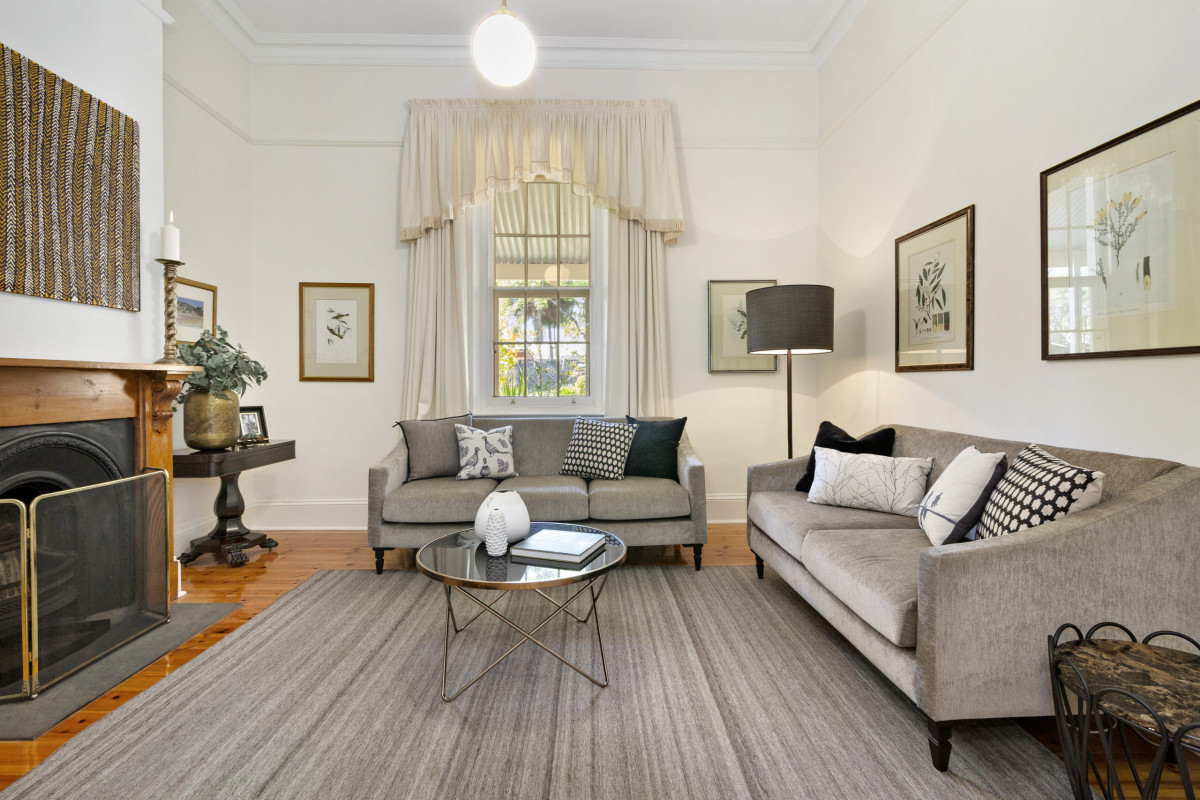 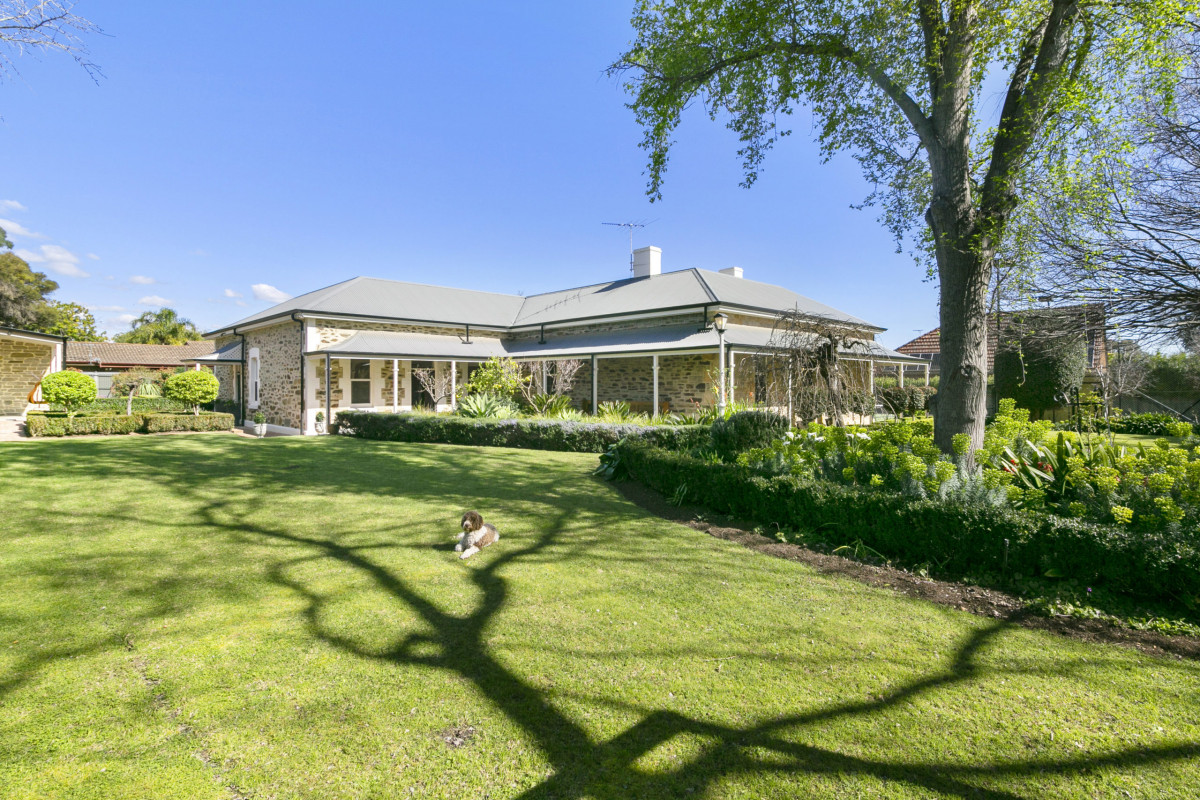 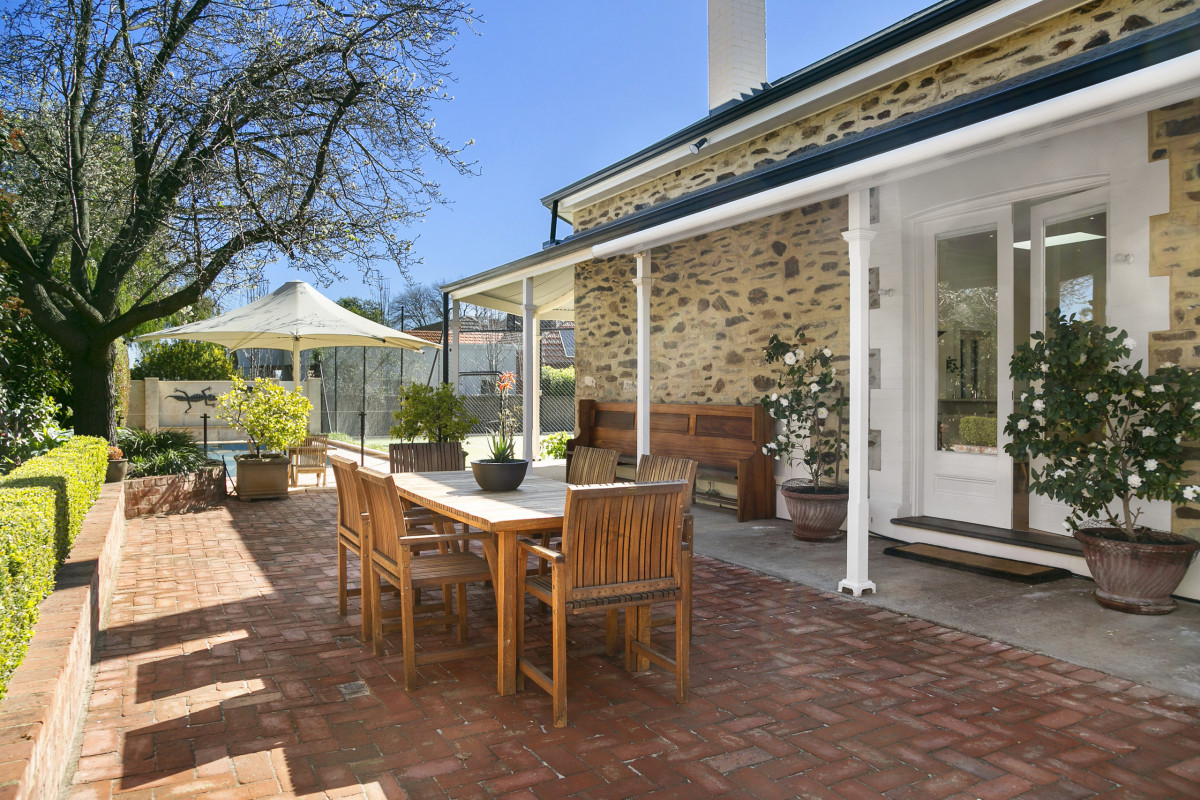