Selling your property in the inner-eastern Adelaide suburb of Toorak Gardens is a big decision. Ranked among state’s most expensive suburbs, the 5065 postcode is so tightly-held it is often guarded for generations.

However, after 17 years, the timing is right for Carey and Margaret Goodall to sell their beautifully-renovated home at 49 Ormond Grove.

Both of their children are now living overseas — son Thomas is an up-and-coming film director and producer in Hollywood, working for Disney producer Brigham Taylor. Thomas made it home from Hollywood just before COVID-19 shut down international travel, while the couple’s daughter Tessa is still in Sapporo, Japan, where she runs an English language school.

“We have a luxurious leather lounge and that’s certainly our son’s favourite when he’s home; he thinks he’s back in Hollywood,” Carey says. 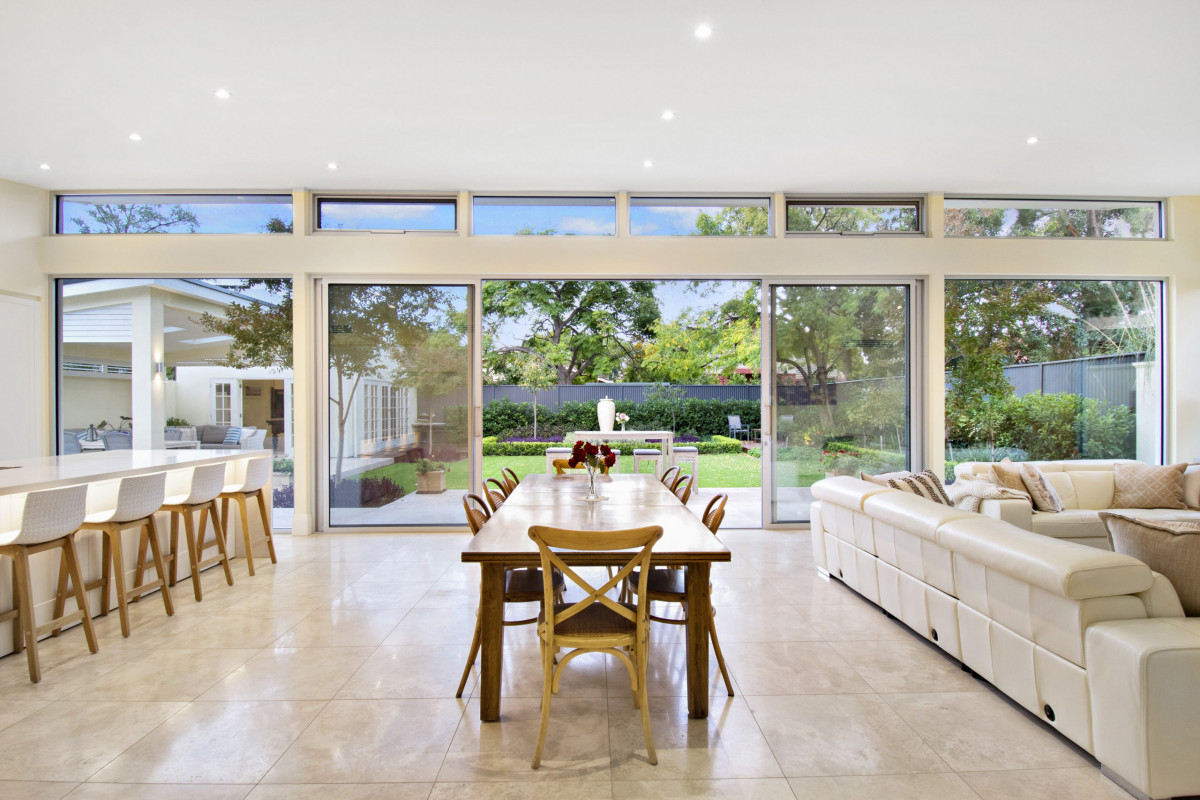 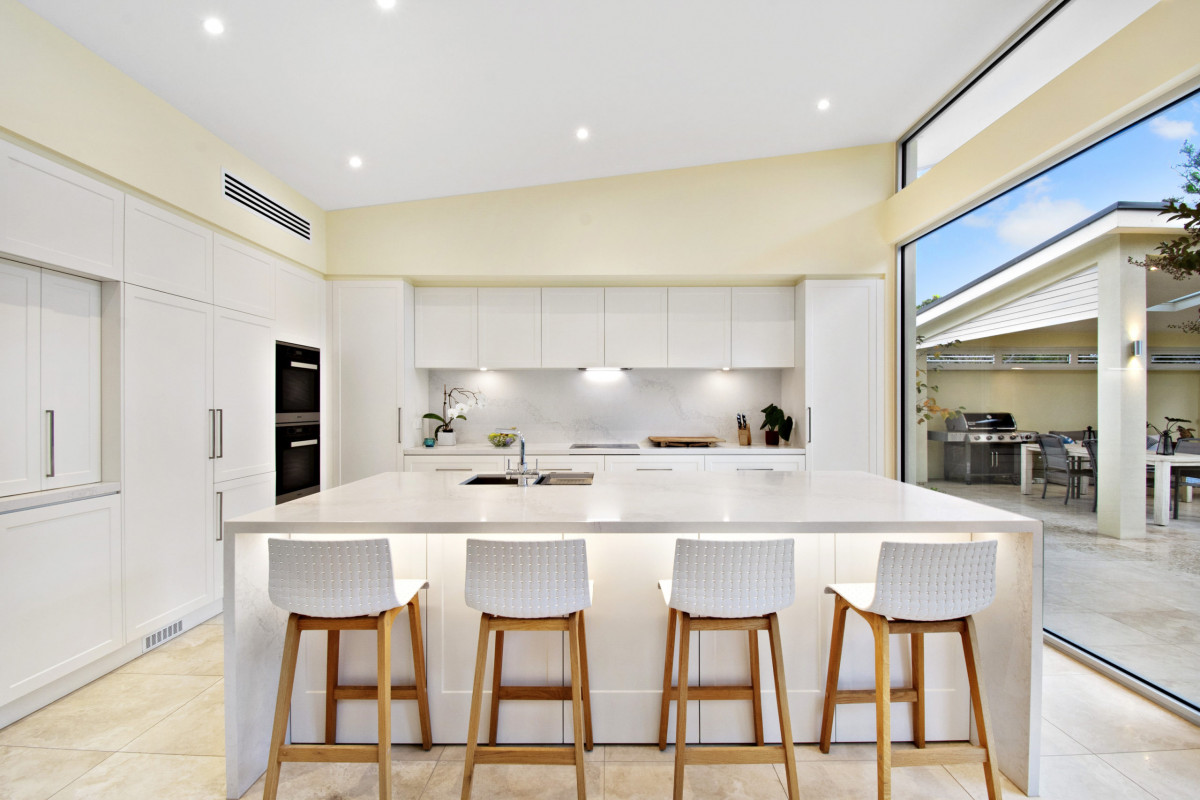 Intending to travel more and visit their children, Carey and Margaret have decided to downsize, building a new home, in which they intend to recreate the success of their Toorak Gardens extension.

“We’re empty nesters these days and, as beautiful as the home is, it’s bigger than our needs,” Carey says.

Carey is a construction law barrister at Adelaide’s Jeffcott Chambers. He has an eye for architecture and was hands-on in the design of the extension completed by Scott Salisbury Homes. The project won the Excellence in a Renovation award at the 2018 Master Builders Awards.

Describing himself as an “exacting client”, Carey praises Scott Salisbury Homes for their efforts on the renovation as they worked through many different designs before settling on the final brief.

“The home was a bit of an ugly duckling when we found it in 2003. We lived in Dulwich before that, so we loved the area – it’s hard to beat and very tightly held,” Carey says. “Once you get a taste of living in the area, it’s hard to move out.” 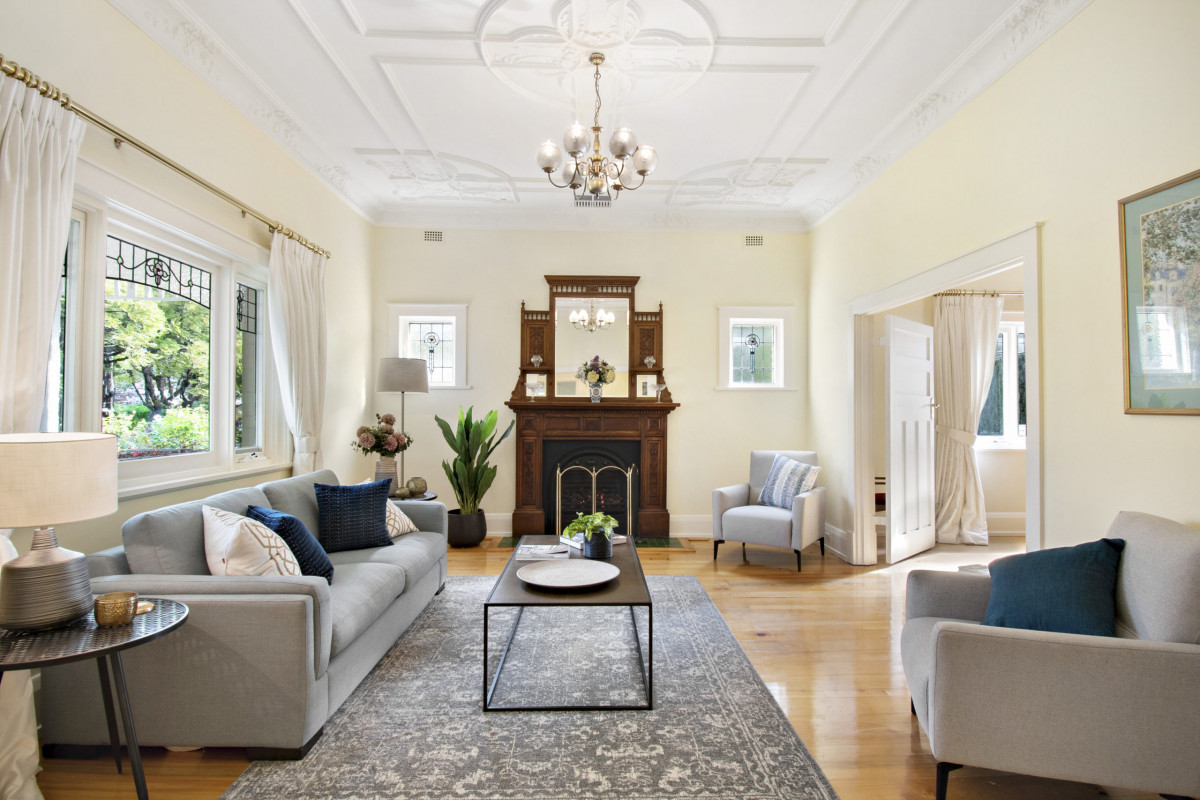 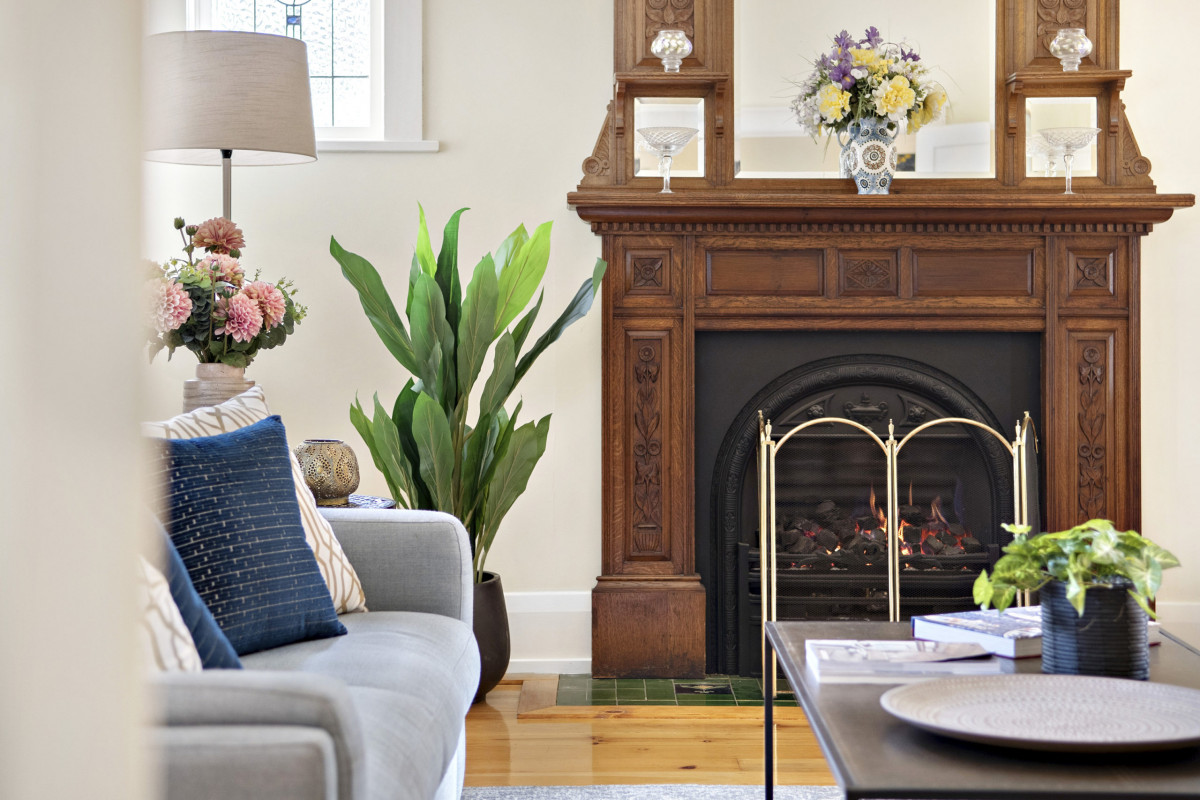 The Goodalls were enticed by the gorgeous classic features of the property, with decorative windows and high ornate ceilings. The existing leadlight windows have been preserved and polished floorboards are now on display.

“We were attracted by what we saw in the property, which had really good bones to work with. We bought it hoping that one day we would be in a position to really make the house sparkle,” he says.

An angled skillion roof is the cornerstone of the luxurious extension, which includes an open living, dining, and kitchen area. Large glass panes draw your eye to the structured gardens. The floor tiles of the living space continue to the terraces and outdoor entertaining space, creating a seamless internal-external flow.

A team of judges commented on the airiness created by the upward-sloping roofline. They were also impressed by the striking Italian travertine fireplace. 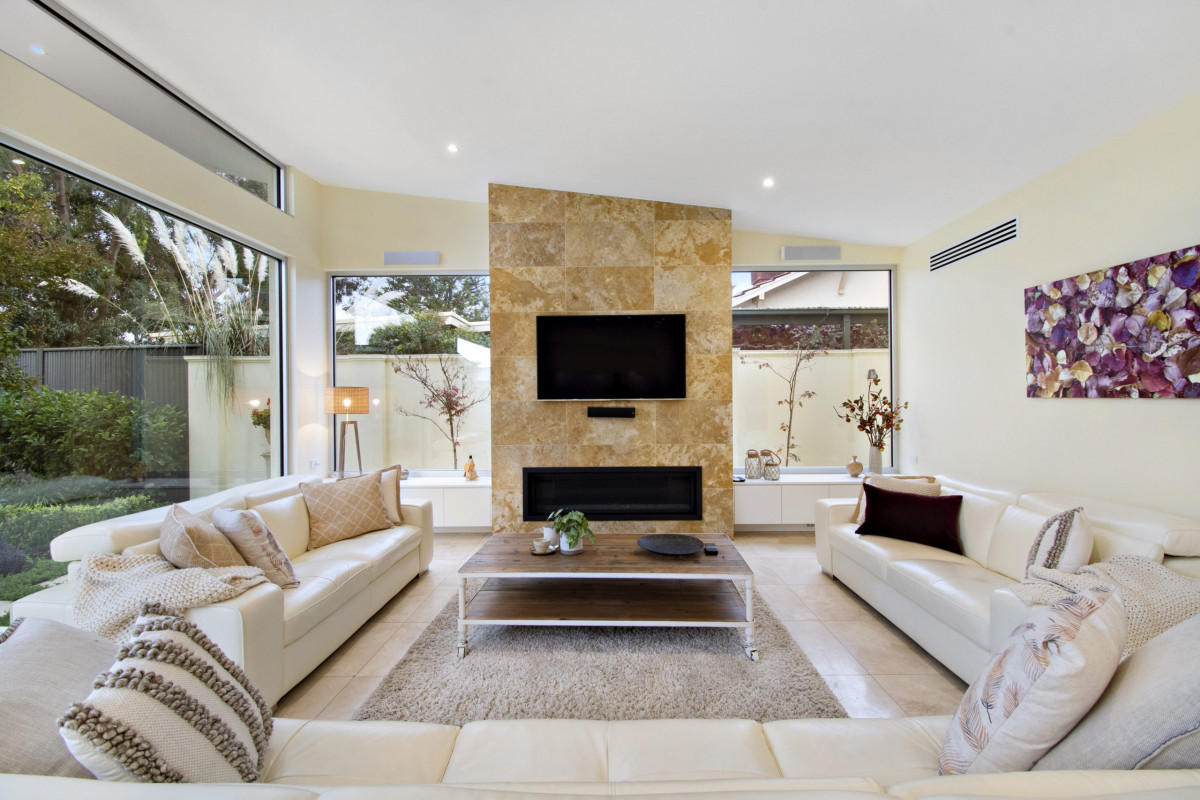 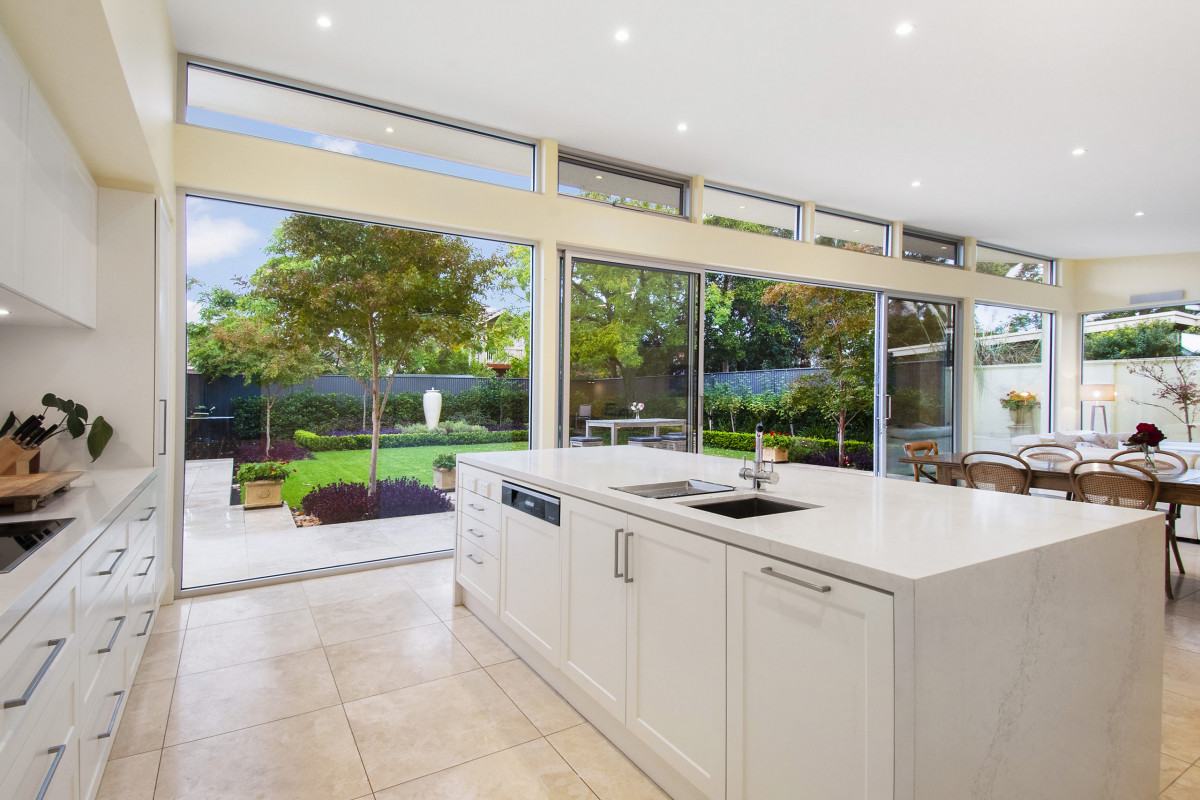 “The key to good design is often to look simple and clean, but disguising the level of thought that’s been required to achieve that outcome,” Carey says.

The kitchen features a beautiful marble splashback, made of the same stone as the large island benchtop. The integrated Miele fridge and freezer are hidden away as part of the joinery, while kitchen cupboards hide a breakfast bar.

“One of the most attractive features of living here is that we designed the extension to capture the northern sun. So in spring, autumn and winter, you’re bathed in beautiful warm light.”

The emphasis on north-facing orientation was influenced by the family’s Kangaroo Island holiday home, built six years ago overlooking the water at Island Beach.

“That was a revelation for us because we didn’t realise how good it was to have a north-facing space. It inspired us to do something similar for our home,” Carey says. 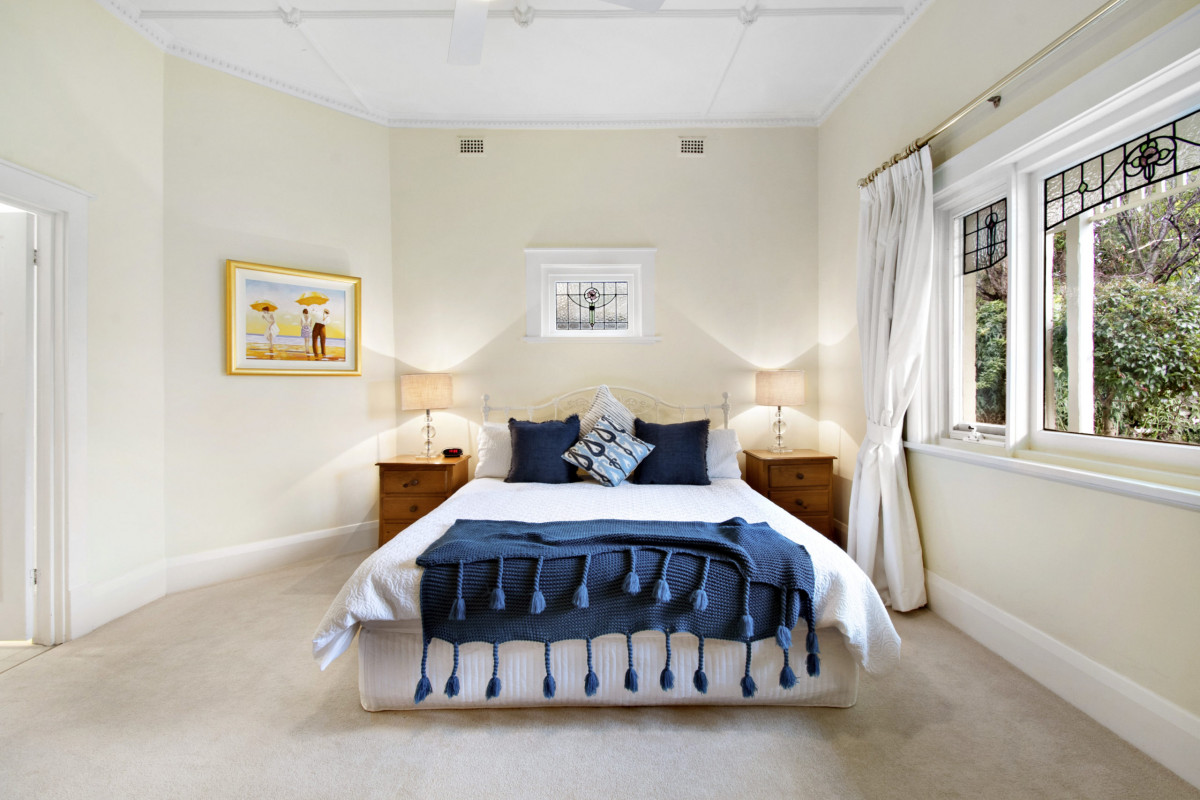 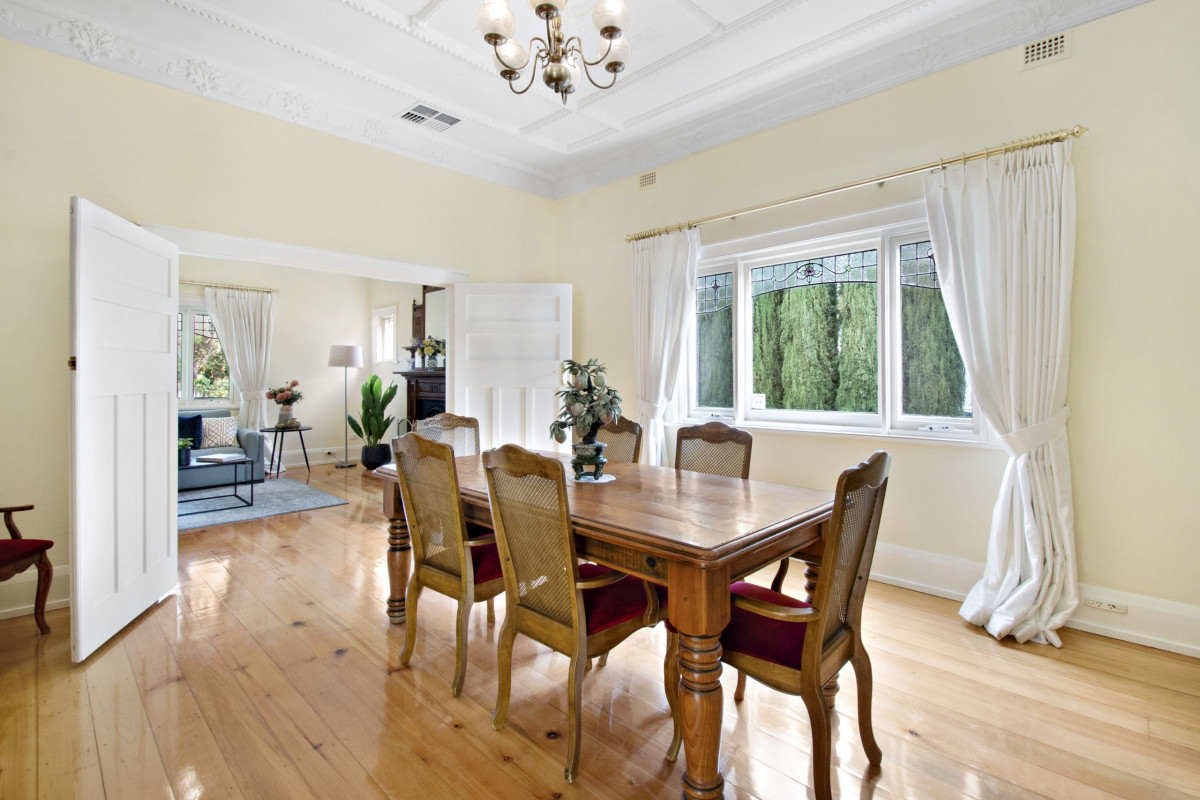 A rear garage was demolished in the building process, opening up space for a large backyard. They decided not to install a pool, but there is ample room to do so.

Ceiling windows provide extra luxury to the covered outdoor entertaining space, which butts onto a separate studio, currently set up as a pool room.

Built by a previous owner, the top floor of the home has been newly renovated and is perfect for children or teenagers, with two bedrooms that contain built-in desks and wardrobes, accompanied by a breakout area and bathroom. These areas also enjoy elevated views through classic windows.

“Something you don’t find in a lot of modern houses is a glorious view to the Hills through these beautiful picture windows,” Carey says.

The front of the home was also updated during the project, with a new verandah extending the full width of the house with new timber posts and fretwork. 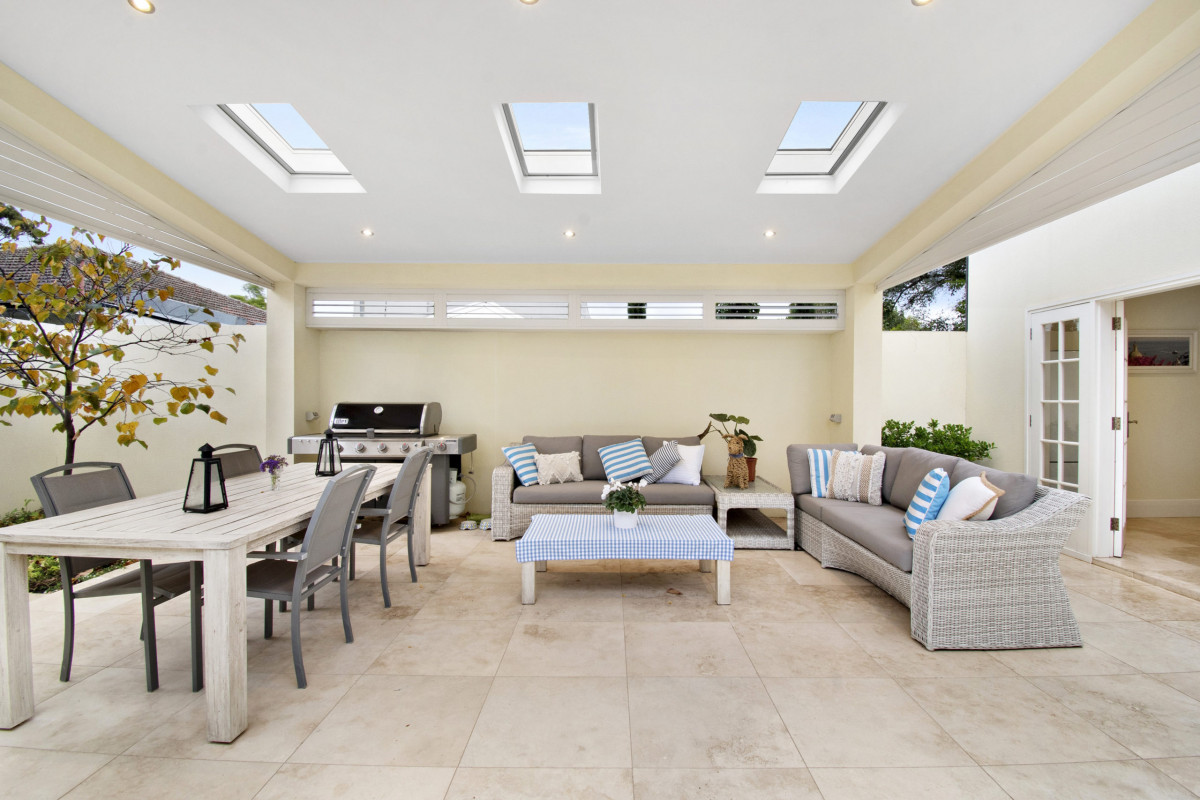 With expertise in many areas of law, Carey first began practising as a solicitor in 1984, and became a barrister in 1996 at Jeffcott Chambers, specialising in construction law.

Carey was enlisted to help oversee the project management of the historic building at 24 Flinders Street. Built circa 1869, and refurbished by the Ginos Group to be leased by Jeffcott Chambers, it is now the largest chambers in Adelaide.

“It was in a state of disarray — it hadn’t been occupied for years and it was a pretty much a wreck. The upside was that I oversaw the project management of that development with George Ginos. It was a terrific working relationship and I learned quite a lot about design and building practices.”

The sale is being handled by Tim and Megan Thredgold of Toop & Toop Real Estate. 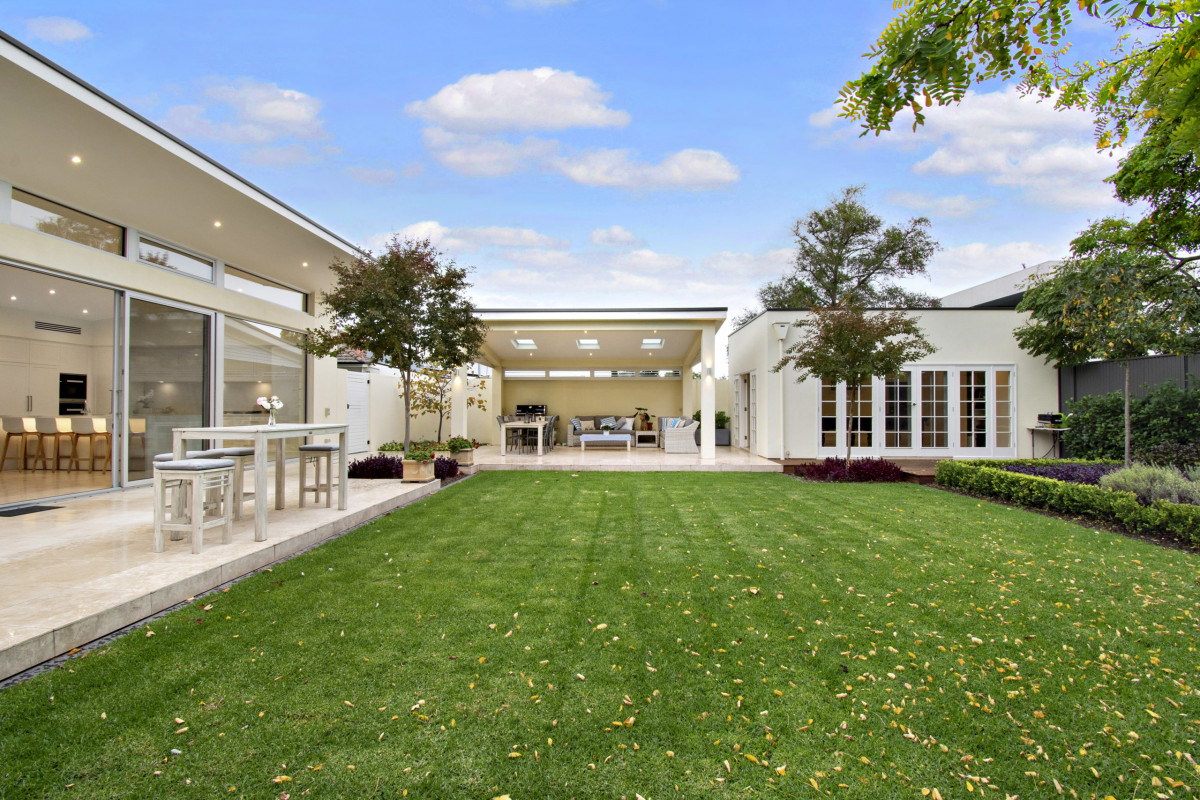 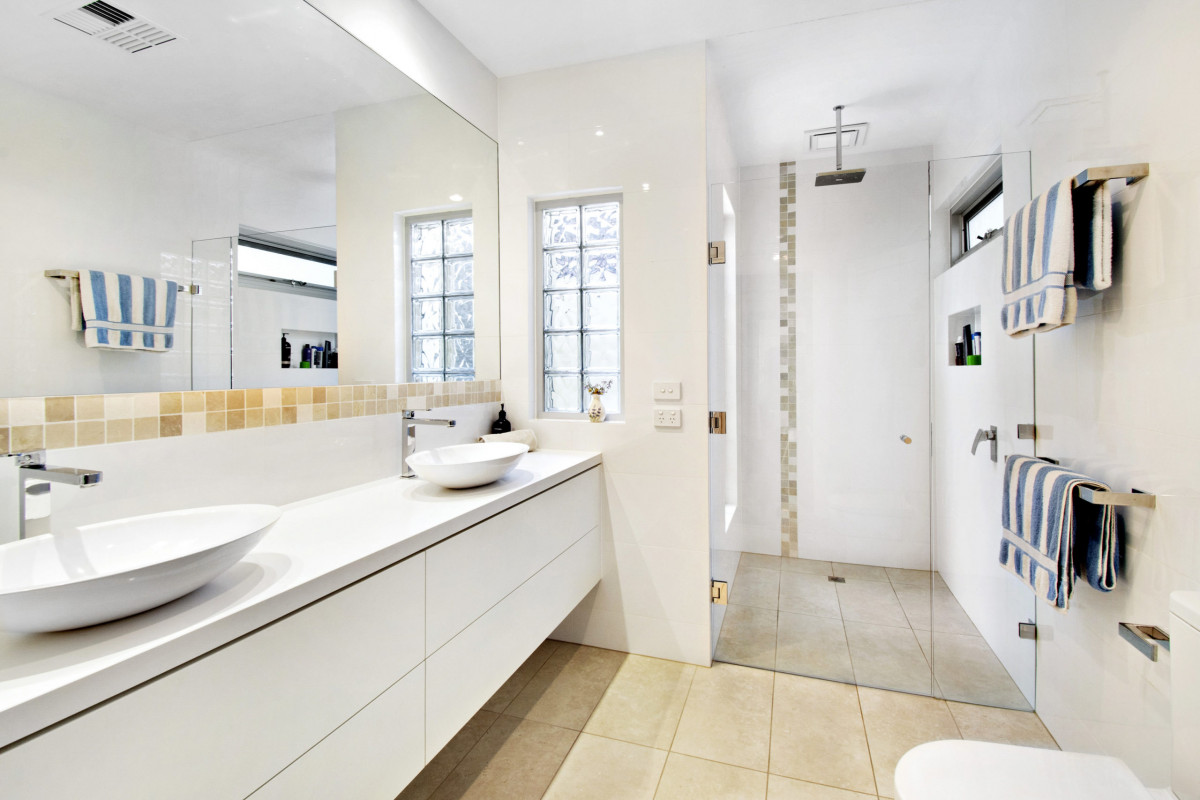 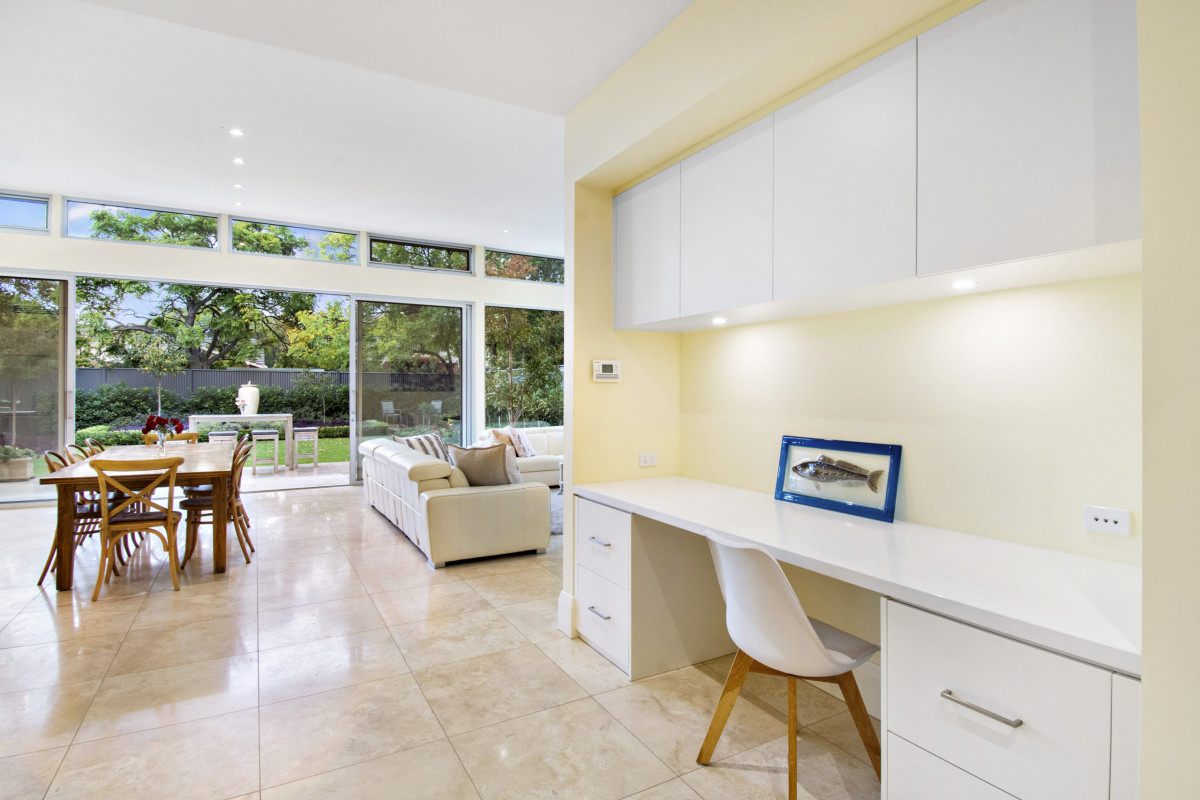 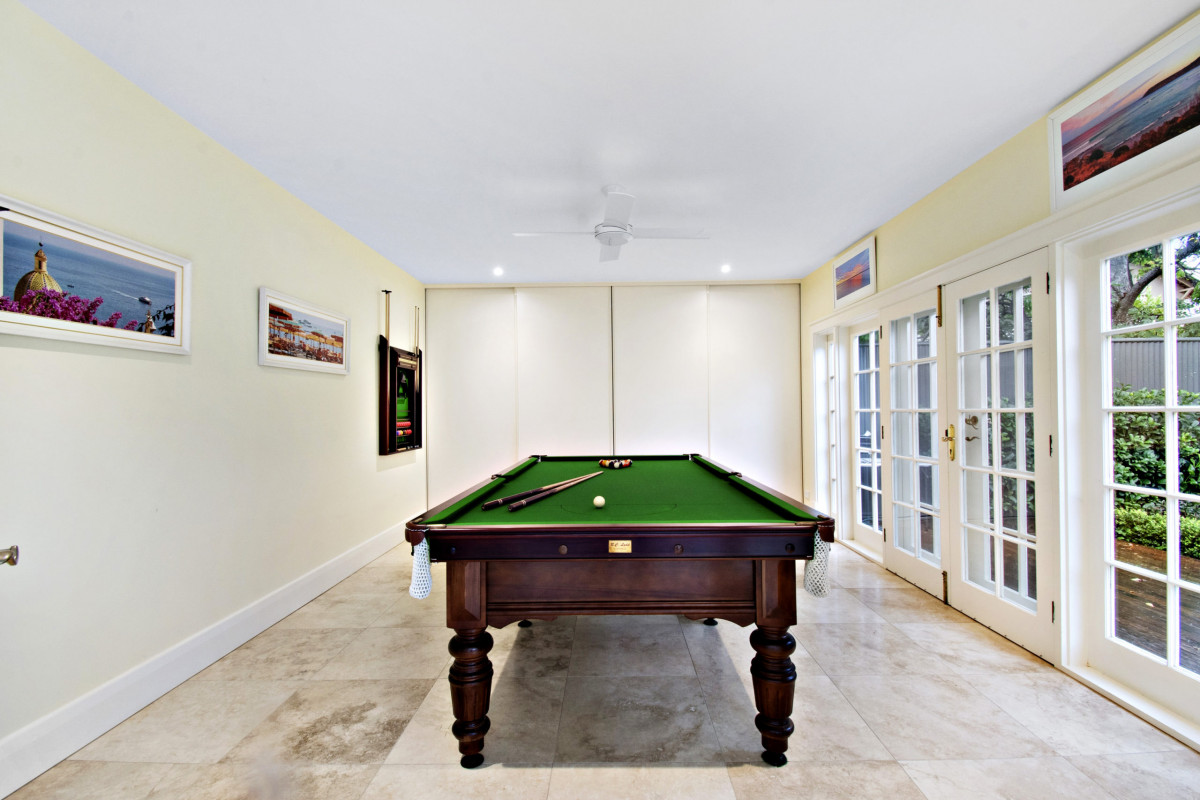