On the market this week is the exquisite five-bedroom villa of North Adelaide’s Sue and Mike Papas.

All the work has been done to turn this historic home into a modern family entertainer, with the couple having installed a new kitchen late last year, in addition to chandeliers and plantation shutters.

With their children having moved out, and Mike recently retired, Sue says the couple is downsizing to move nearer the beach, with the home to be sold via online auction.

“It’s a very big family home — It’s can be deceiving from the front,” says Sue. “It would suit a good-sized family.” 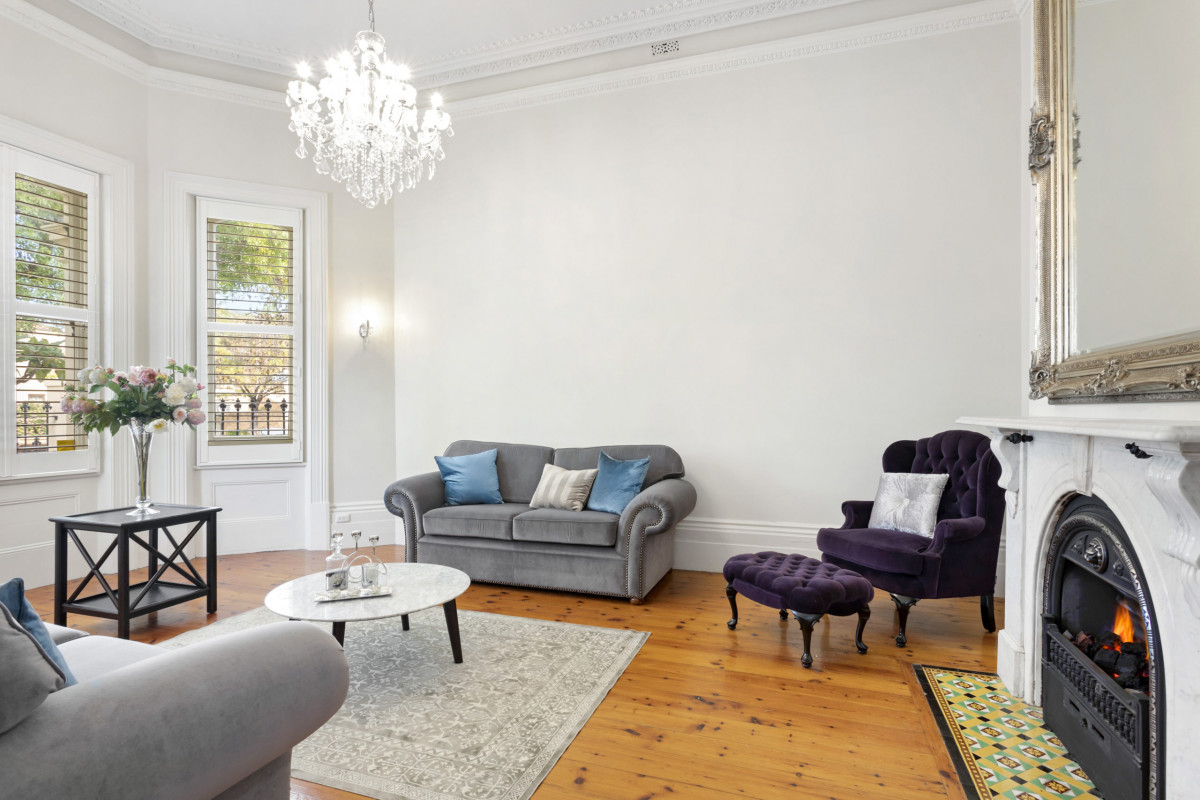 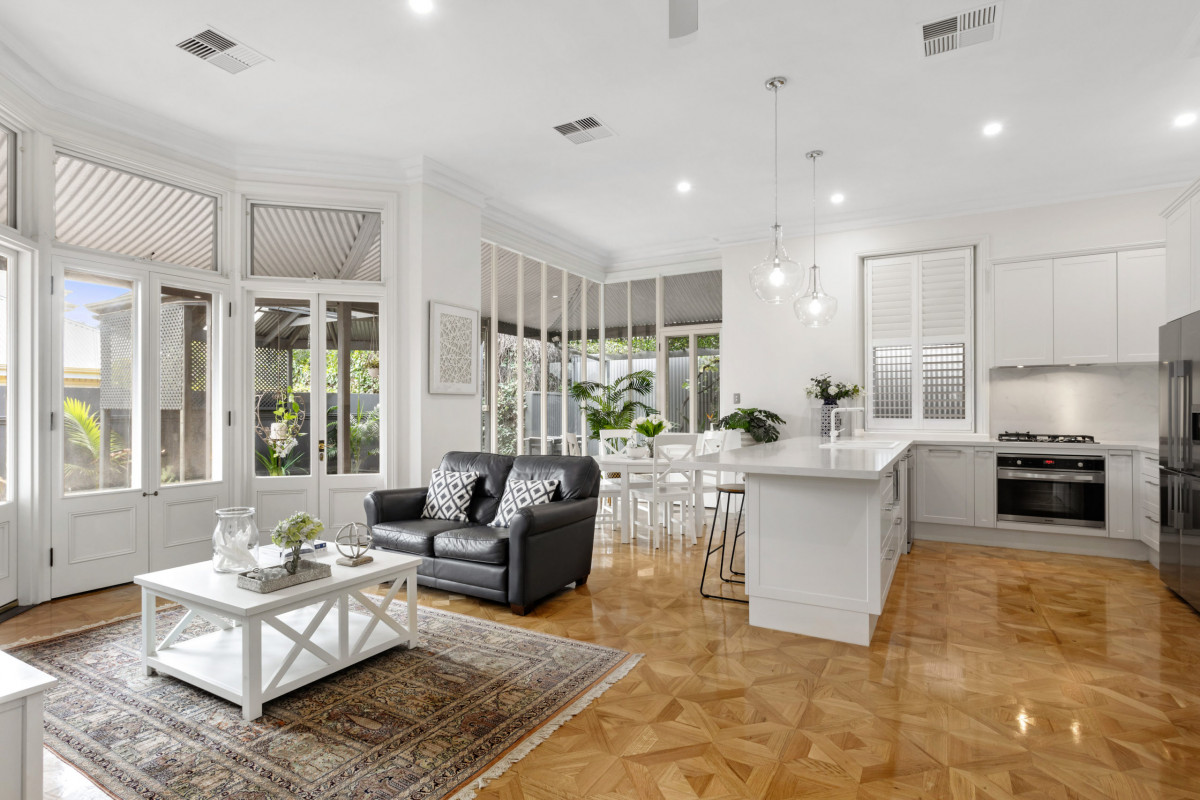 Their children Montana and Conrad spent their late teenage years in the house, enjoying its close proximity to schools and university campuses in the city. The address is also a stone’s throw from restaurants on O’Connell Street, and the Adelaide Aquatic Centre.

With five bedrooms and three bathrooms, it was a great home for two teenagers, with one bedroom set up as a separate teenager’s retreat, and another that was previously configured as an office.

The master bathroom features a deep claw-foot bathtub, and the home is also serviced by a large cellar and storage room. 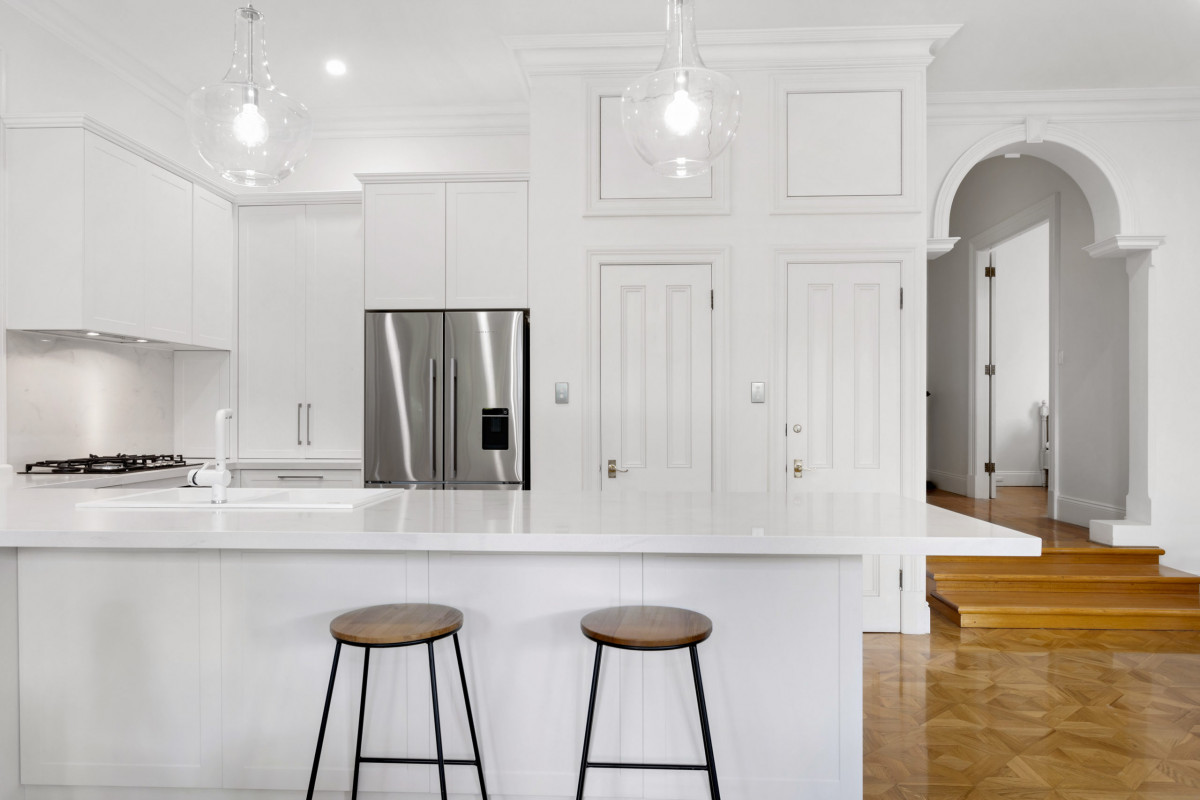 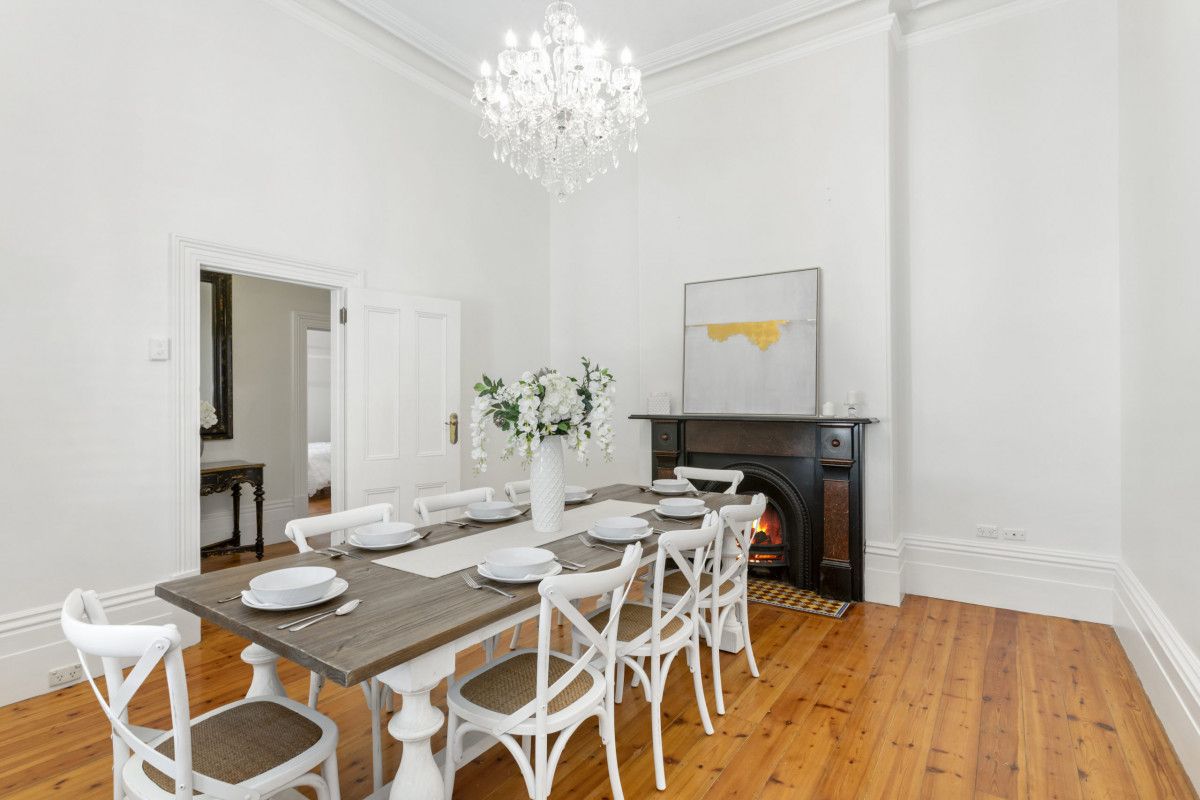 The soaring ceilings are adorned with decorative ceiling roses and chandeliers, with ornamental architraves and skirting creating a sense of classic luxury, while still being a warm and inviting family home.

The house contains five fireplaces, two which have been converted to gas. The beautiful parquetry floors were maintained during the kitchen upgrade, which included new cabinetry, benchtop and appliances.

“The kitchen is all white, with floor-to-ceiling windows,” Sue says. “We get the sun through the back garden in the afternoon, so that back room is always bright and airy.”

At the rear, an open-plan living area is bathed in light through classic atrium-style windows and French doors. 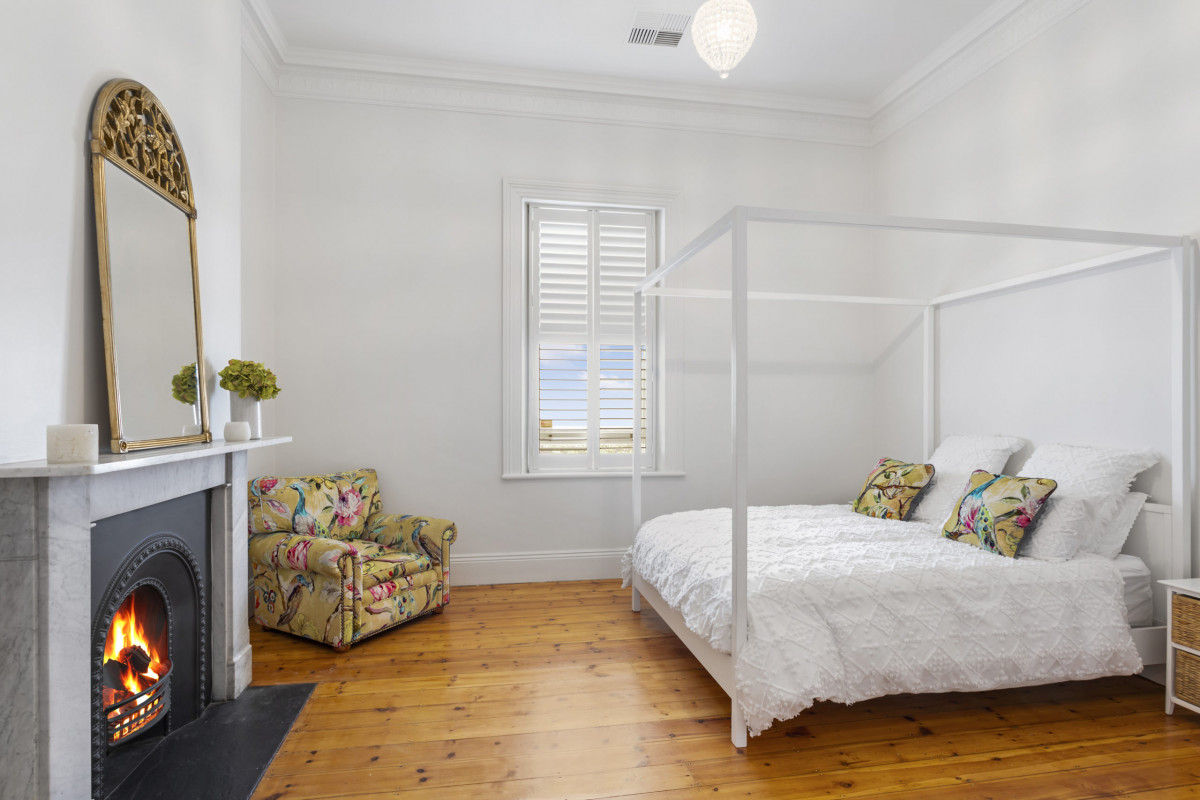 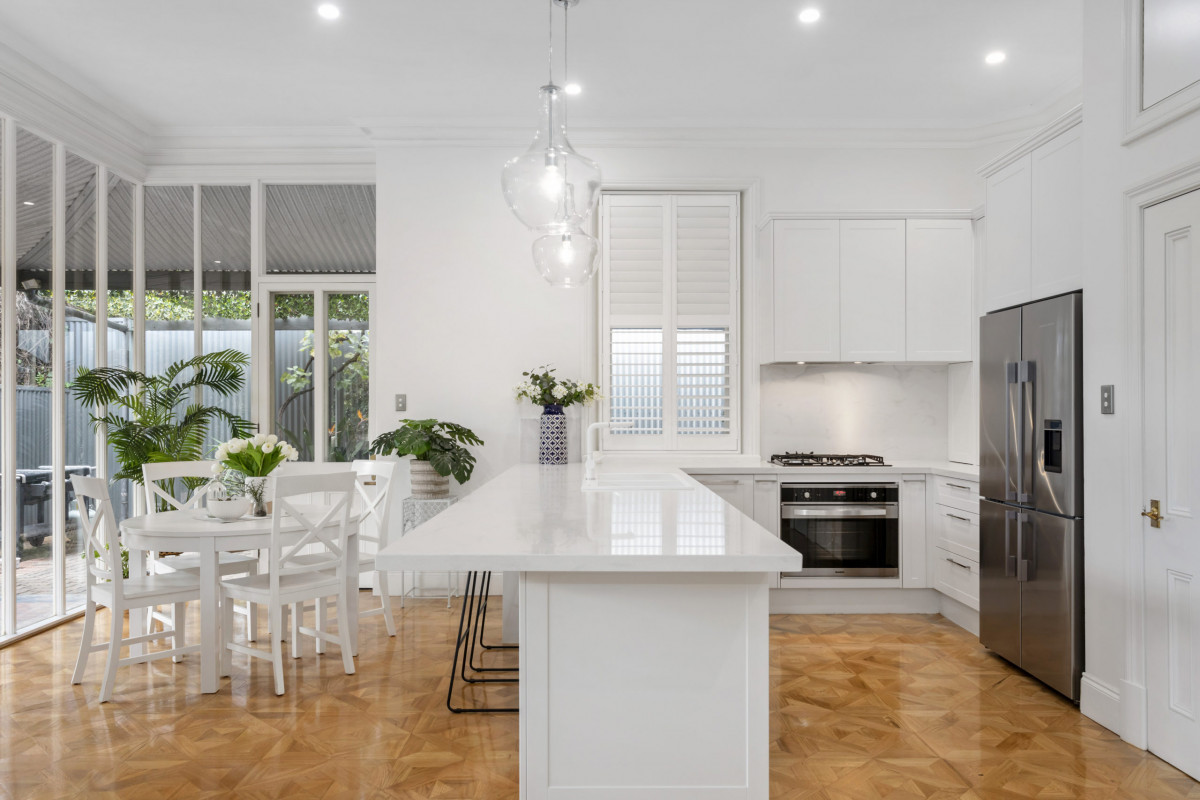 While today the home is very warm, with light and airy rooms, Sue says it was very dated when the family purchased the property in 2008.

“It was a gaudy colour scheme when we moved in here, it was all yellow with gold ceiling roses, and maroon, green and all sorts of different colours; so we painted all the way through,” says Sue.

“At the time, we were looking for something in North Adelaide and not a lot comes up — even back then. Some people are waiting for houses to come on the market in this area.

“We’ll miss the location. My husband has loved it here because it’s so close to Adelaide Oval and the golf course, but it’s just way too big for us now. It’s a nice big house, which is great for entertaining.” 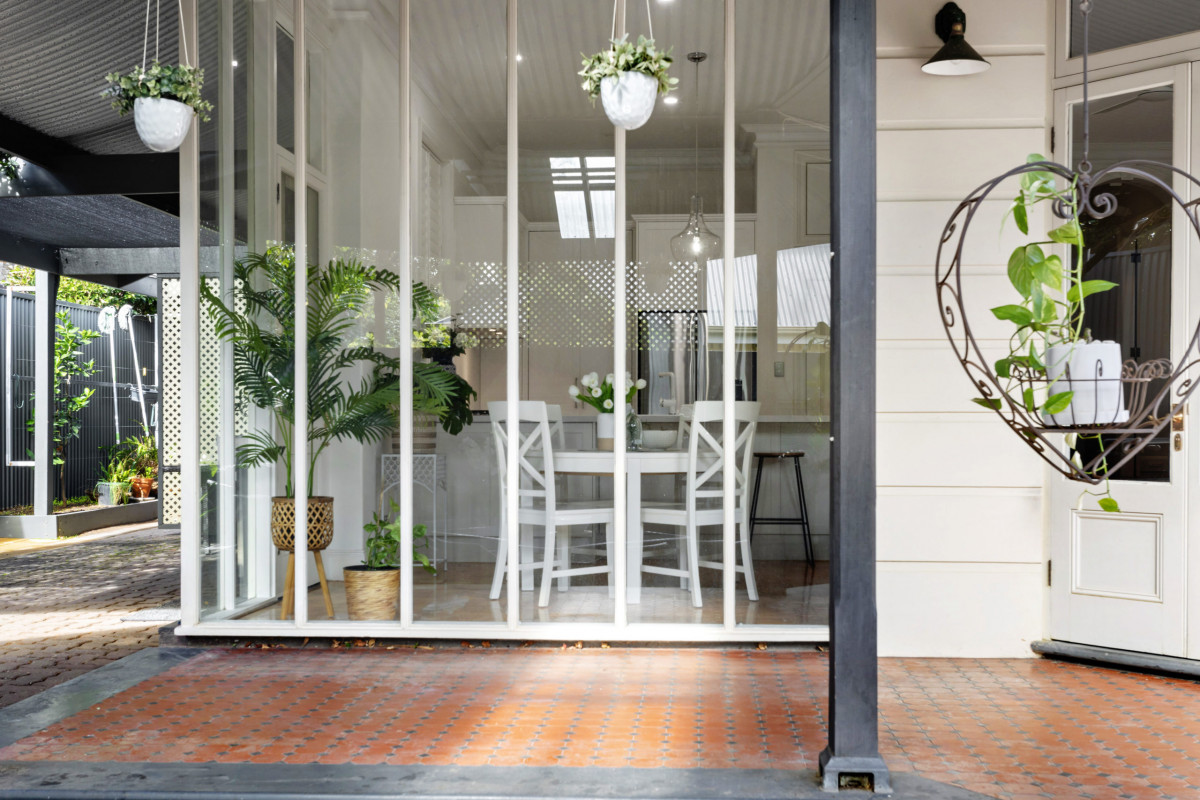 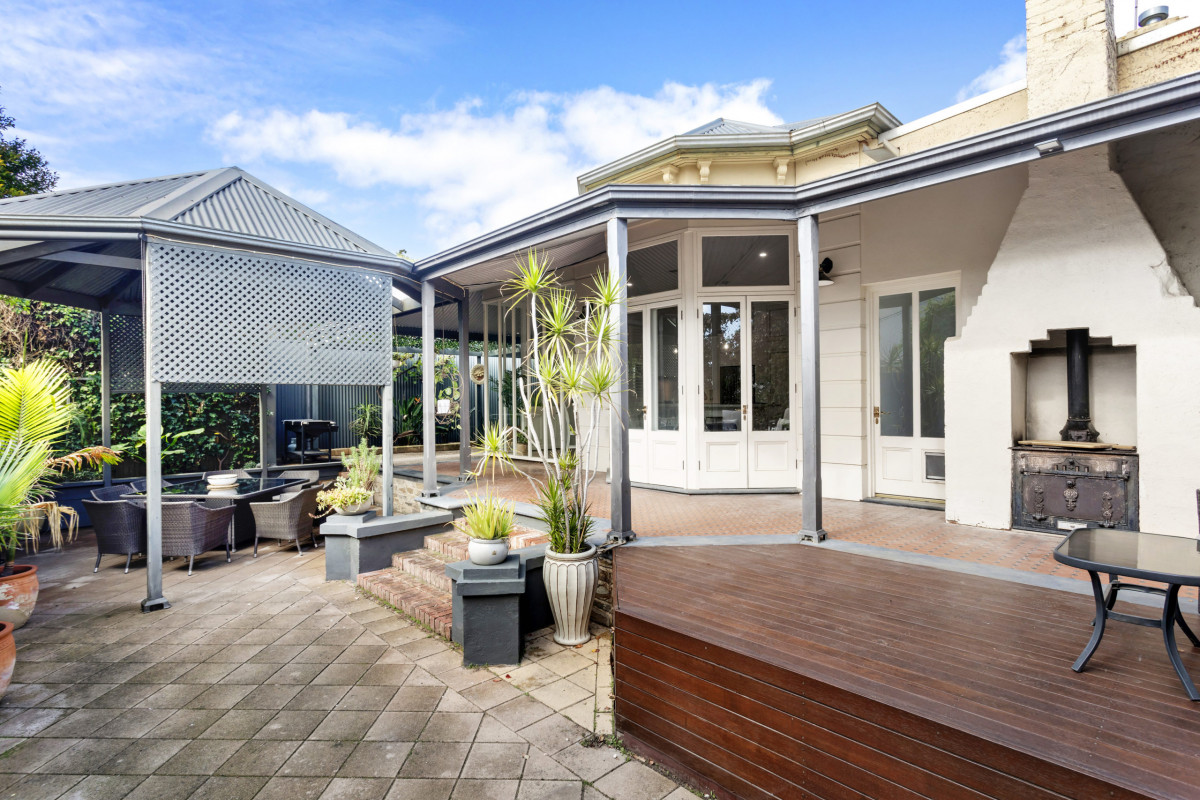 During the football season, the family would enjoy pre-game barbecues followed by a walk to Adelaide Oval. An outdoor wood fire oven can also be used as an entertaining hub in winter.

With a low-maintenance garden without any lawn, the grounds are easy to look after and perfect for busy professionals, families or people who travel, while still being large enough to host a decent-sized party.

There are also two lounge rooms – one communal space in the open-plan kitchen and dining space, and a second private lounge at the front of the home.

“That’s my favourite room – the front lounge room. It’s got the bay window and beautiful ceiling roses and the fireplace. We converted it to gas so you can switch it on anytime,” says Sue. 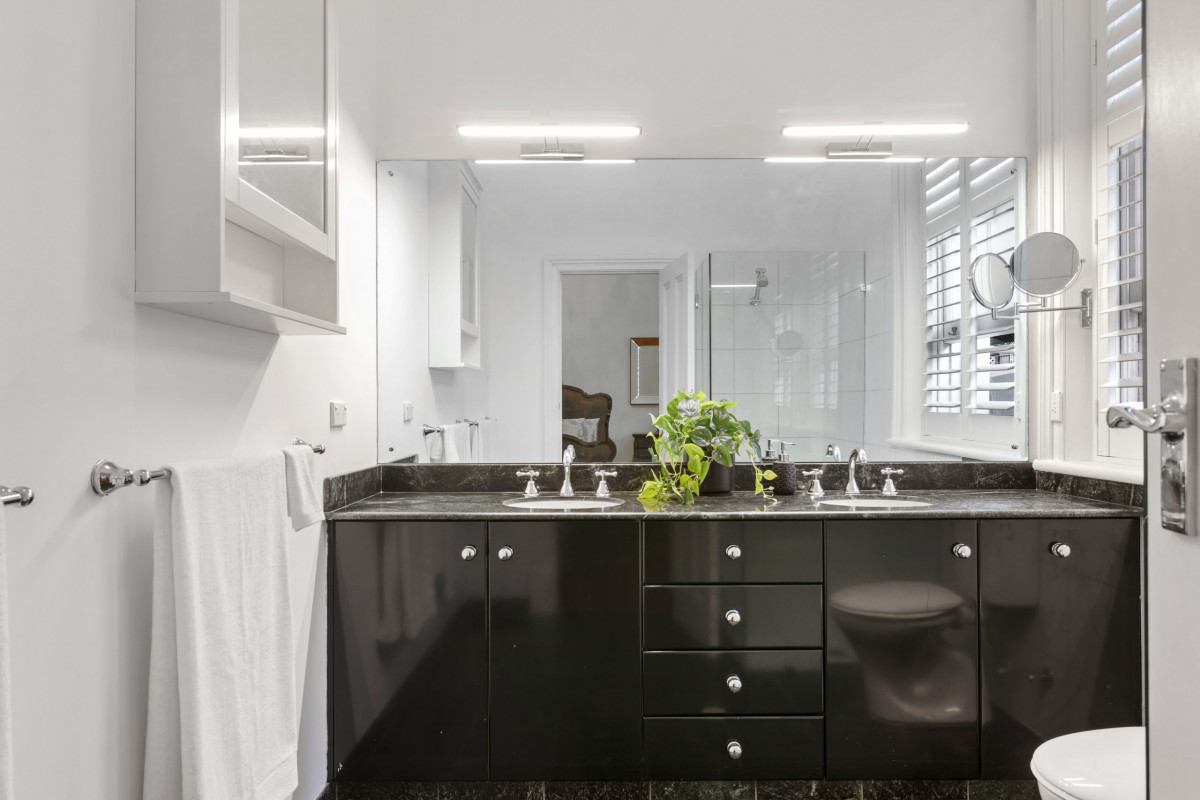 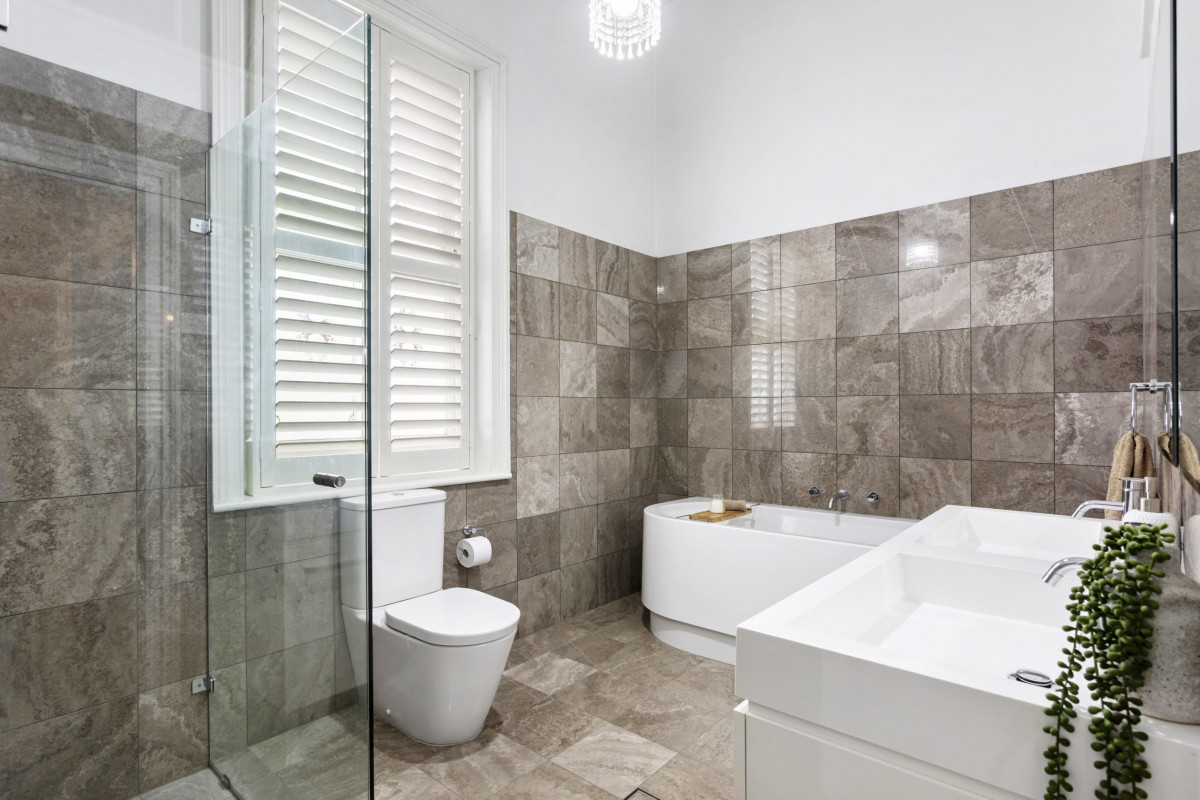 “I do love the ornate features of the fireplaces and the chandeliers, as well as the rear kitchen and dining area.

“It needs a new family, a bigger family that can move in and enjoy it as we have,” says Sue.

The sale is being handled by Samantha Hirniak of Ray White Real Estate. 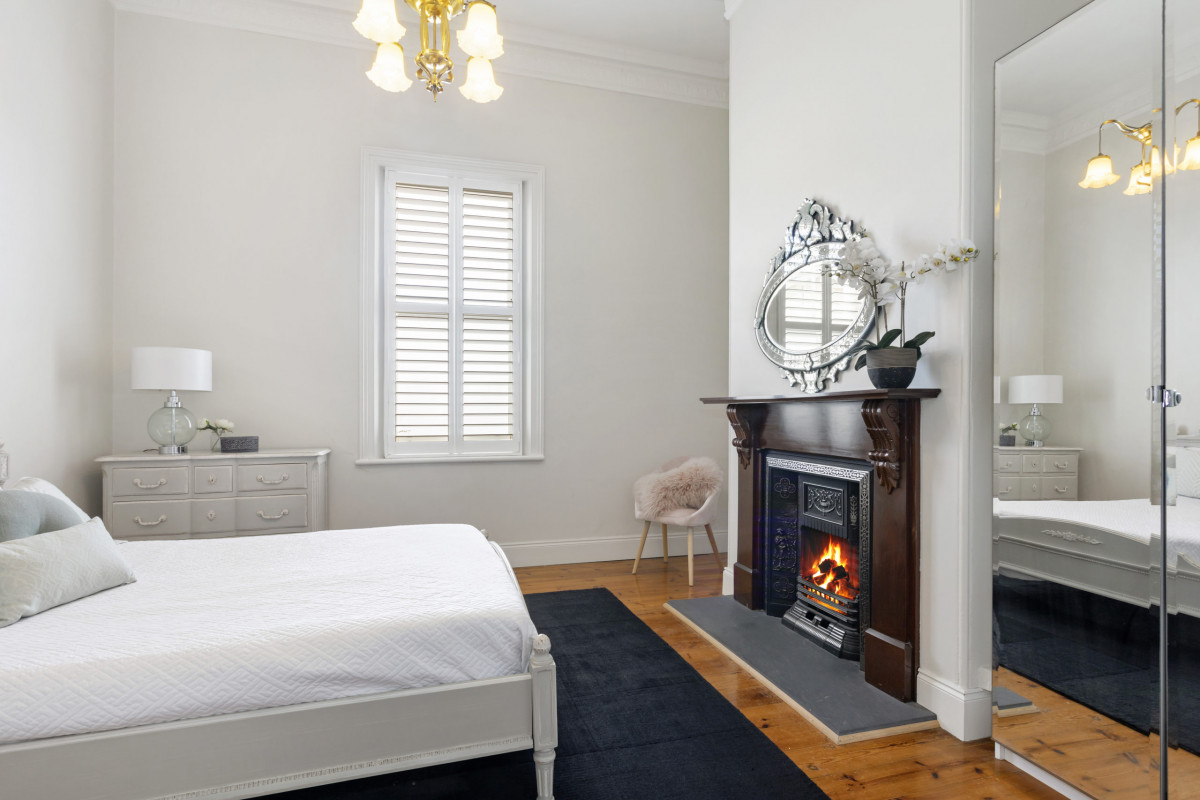 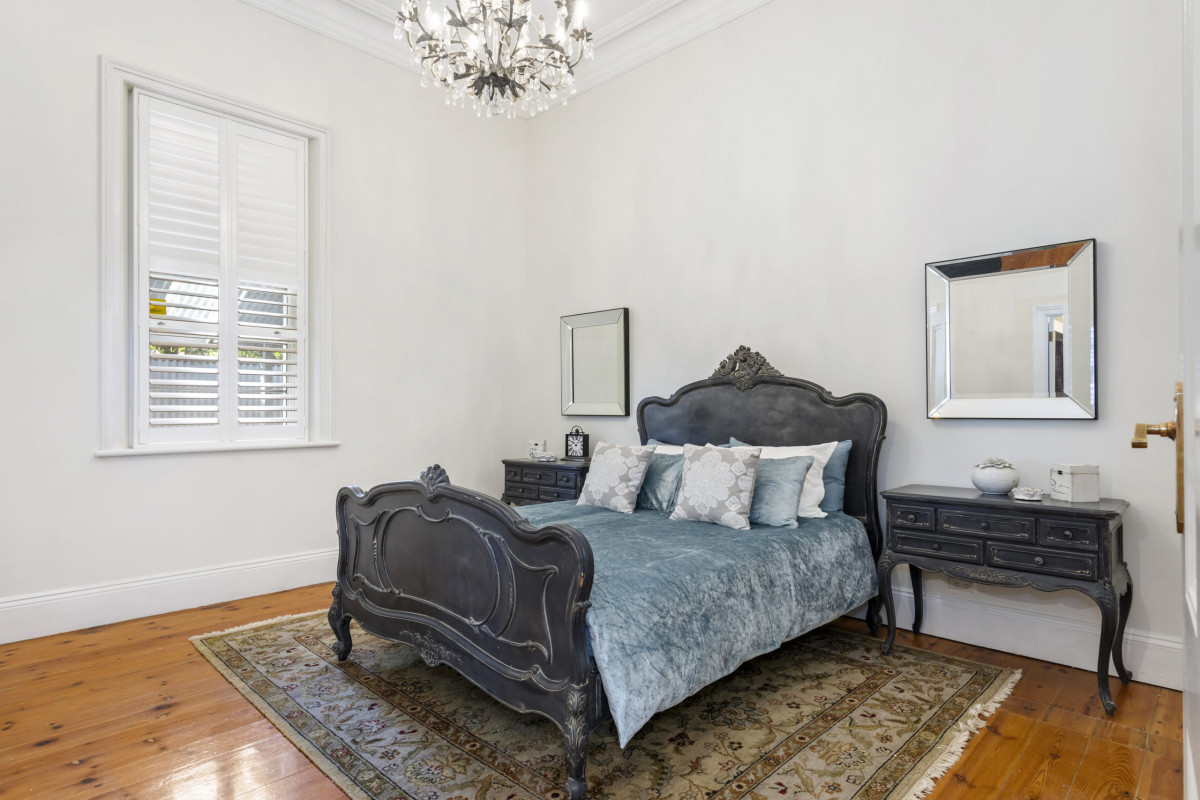 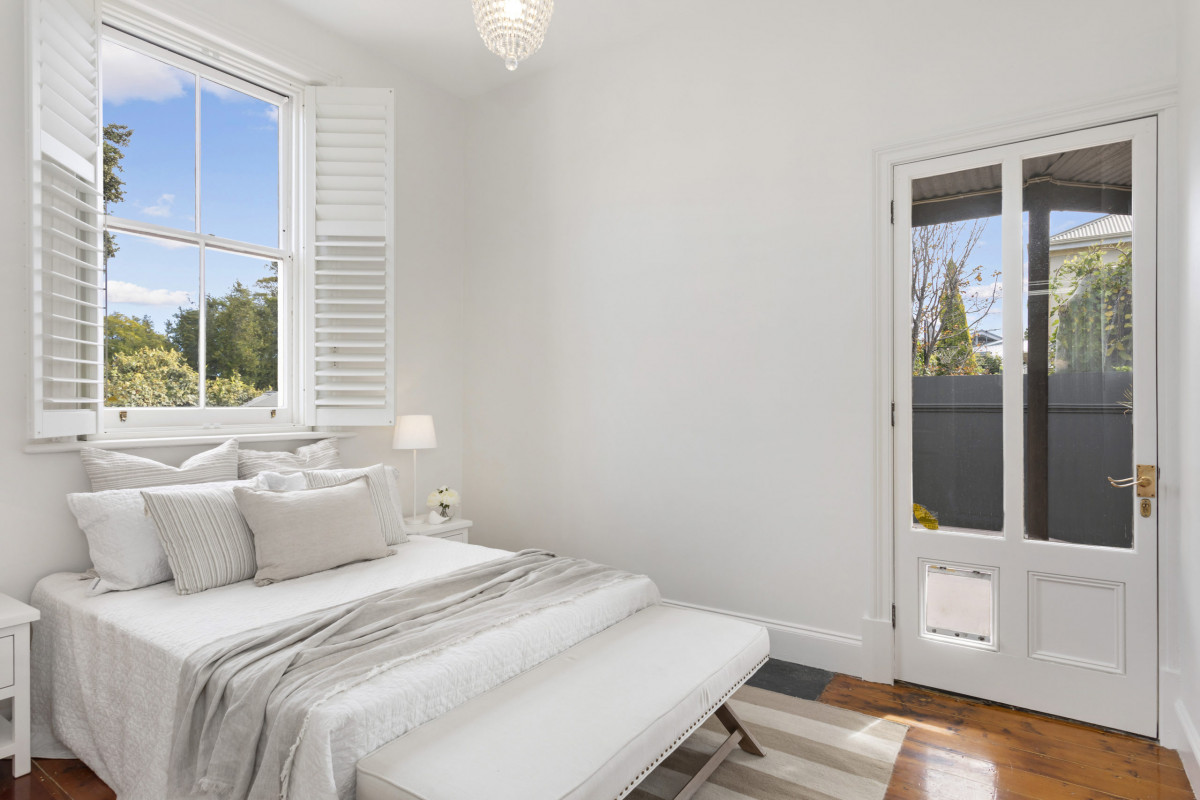 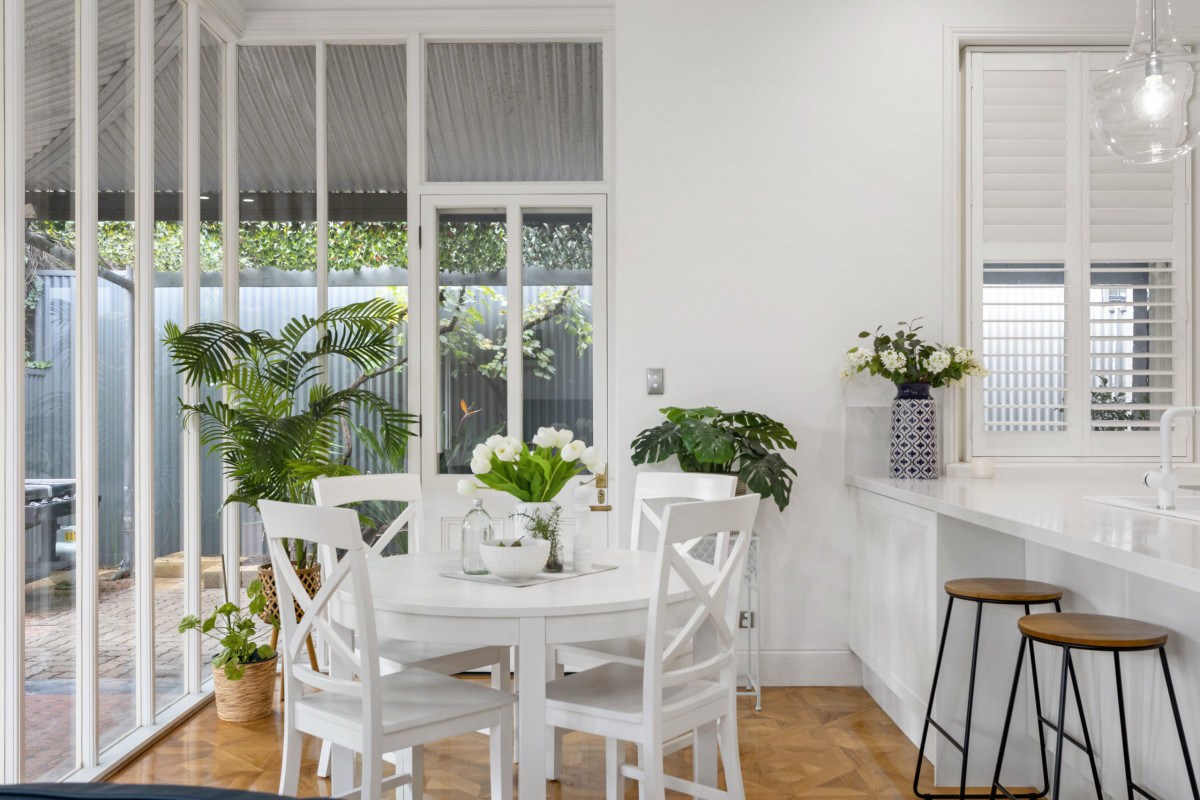