With a pool, gym, home theatre, six bedrooms, five bathrooms, and luxury amenities, this Player Avenue home has everything a family could wish for.

Chris Maur is a plumber by trade, but with a passion for property, he has also built some 20 homes around Adelaide. Some have been investments, while others have served as family homes for him, his wife Rachael and their three teenage children.

It is the latest venture that he and Rachael are most proud of — a spectacular lifestyle property at 11 Player Avenue, St Peters, where they have lived since building in 2015.

This week, the immaculate six-bedroom five-bathroom home has been listed for sale for between $2.49 and $2.69 million, with the couple moving on to their next project and family home. 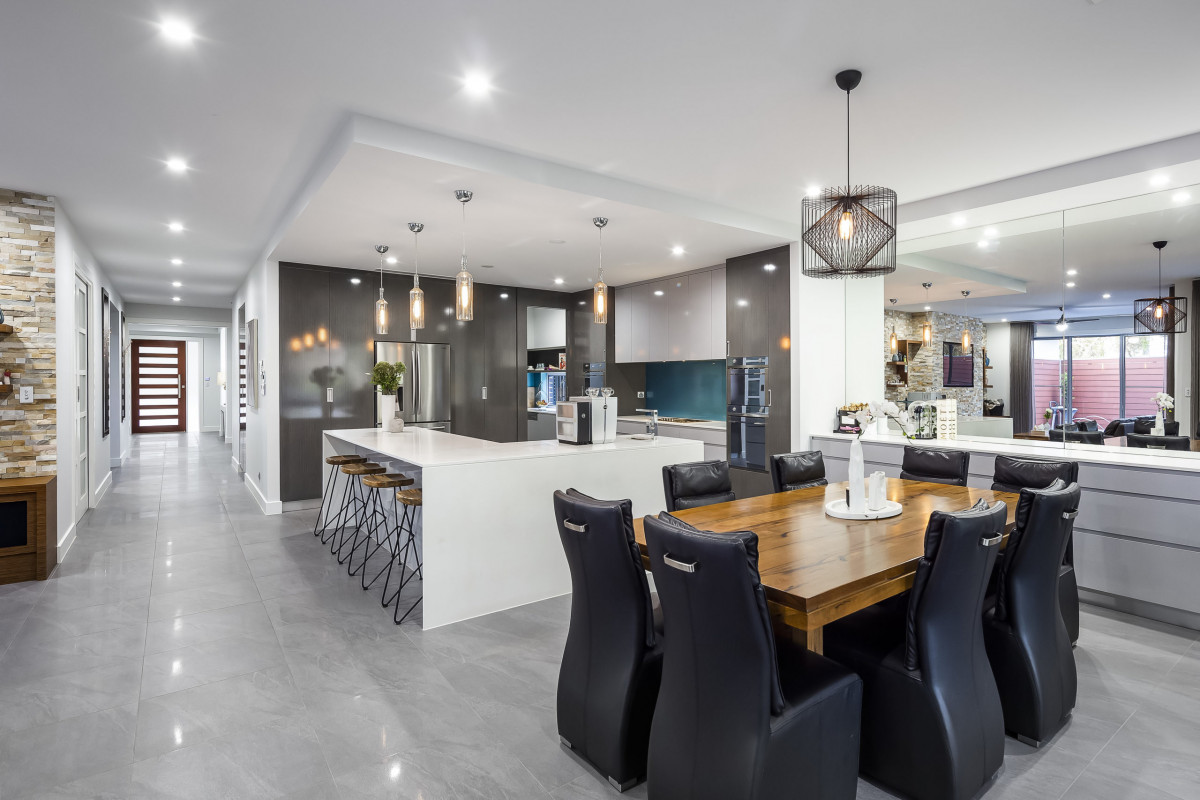 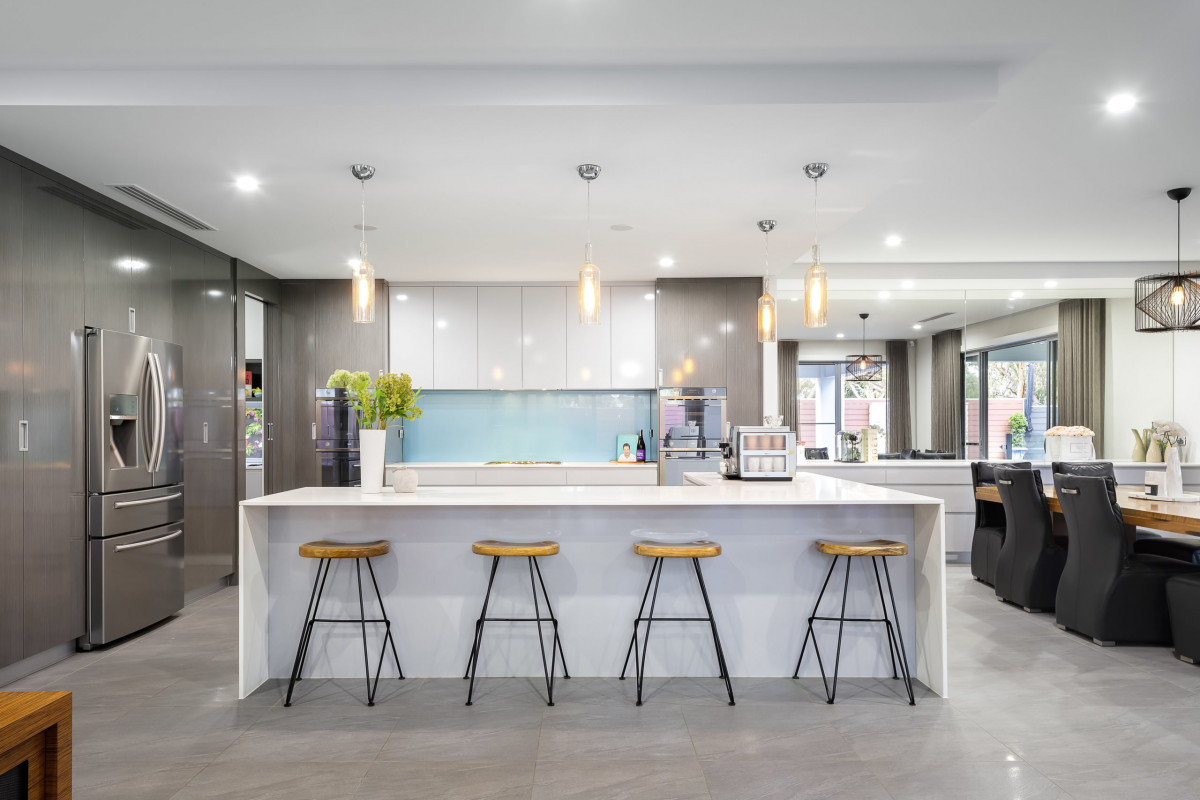 Chris and Rachael, who works in exports, have profoundly enjoyed living here for the past five years.

“This home has been a big step up for us,” Chris says. “We first started building much further out from the city and we’ve been able to progress and move closer to Adelaide. To be able to do something of a high calibre here was a great achievement,” Chris says.

Chris designed the home, while Rachael worked on much of the interior design, fixtures and colour schemes, integrating modern materials and building methods, such as the family room’s stone feature wall. 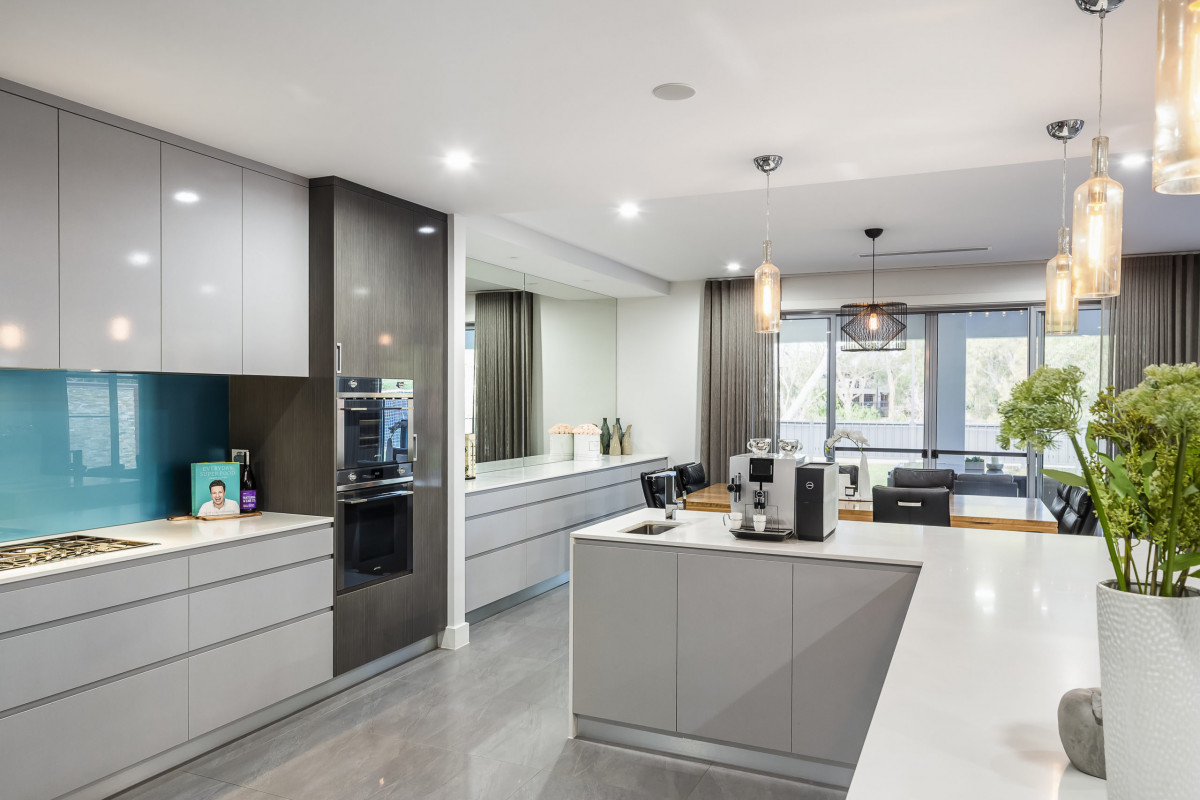 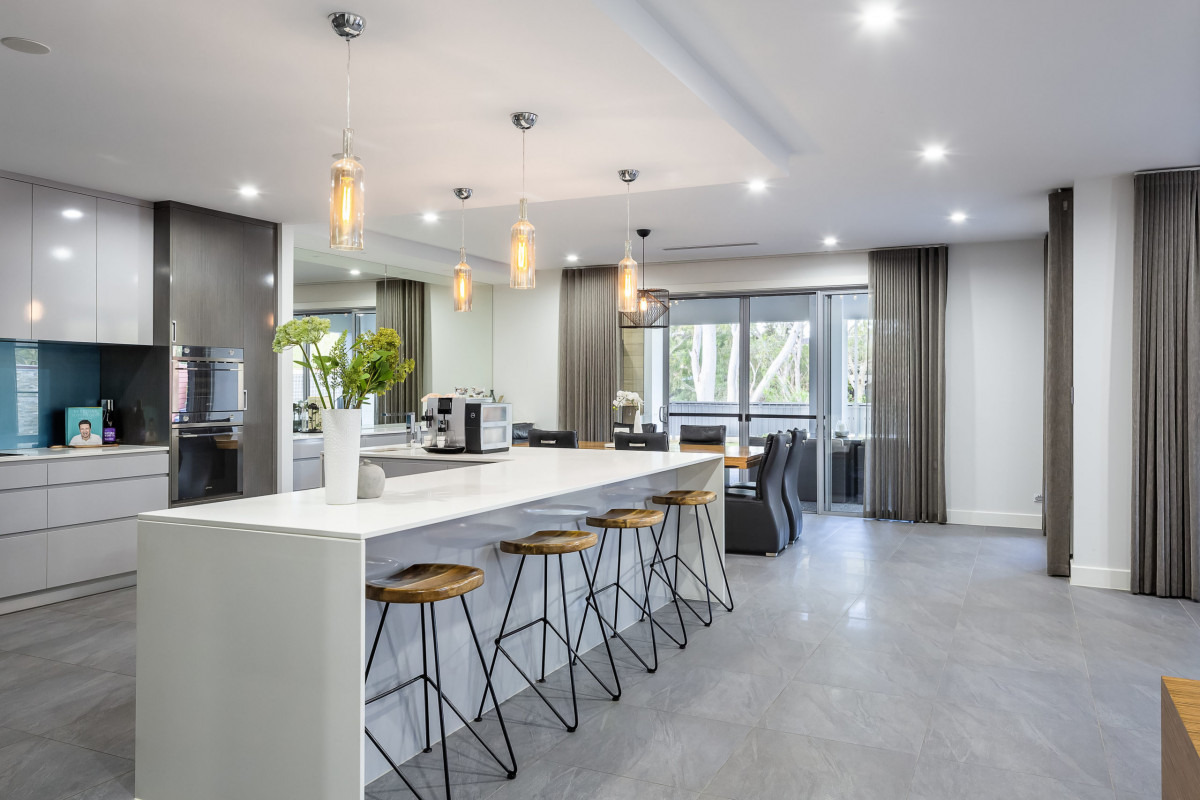 The St Peters location, just three kilometres from the city, has a countrified feel thanks to Linear Park and the River Torrens over the back fence. Kookaburras and rosellas can often be spotted and heard in the nearby trees, with the occasional appearance by a koala.

On a block of 835 square metres, the home has been designed for spacious luxury across two levels with large, wide hallways and voluminous but comfortable living spaces.

“Nothing feels closed in or cramped, it’s all very spacious. It has a light, open feel, while still having that homeliness to it as well,” Chris says.

“For such a large property it’s very warm and cosy, while being a great place to entertain.” 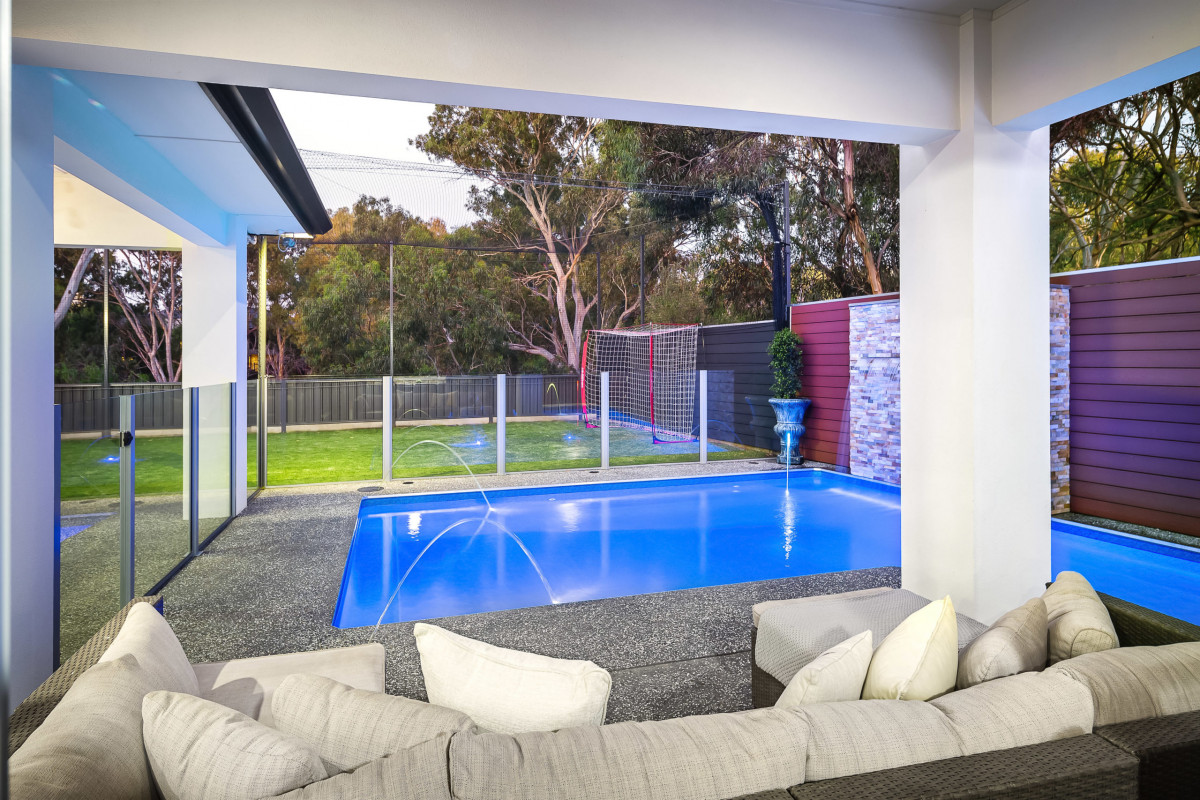 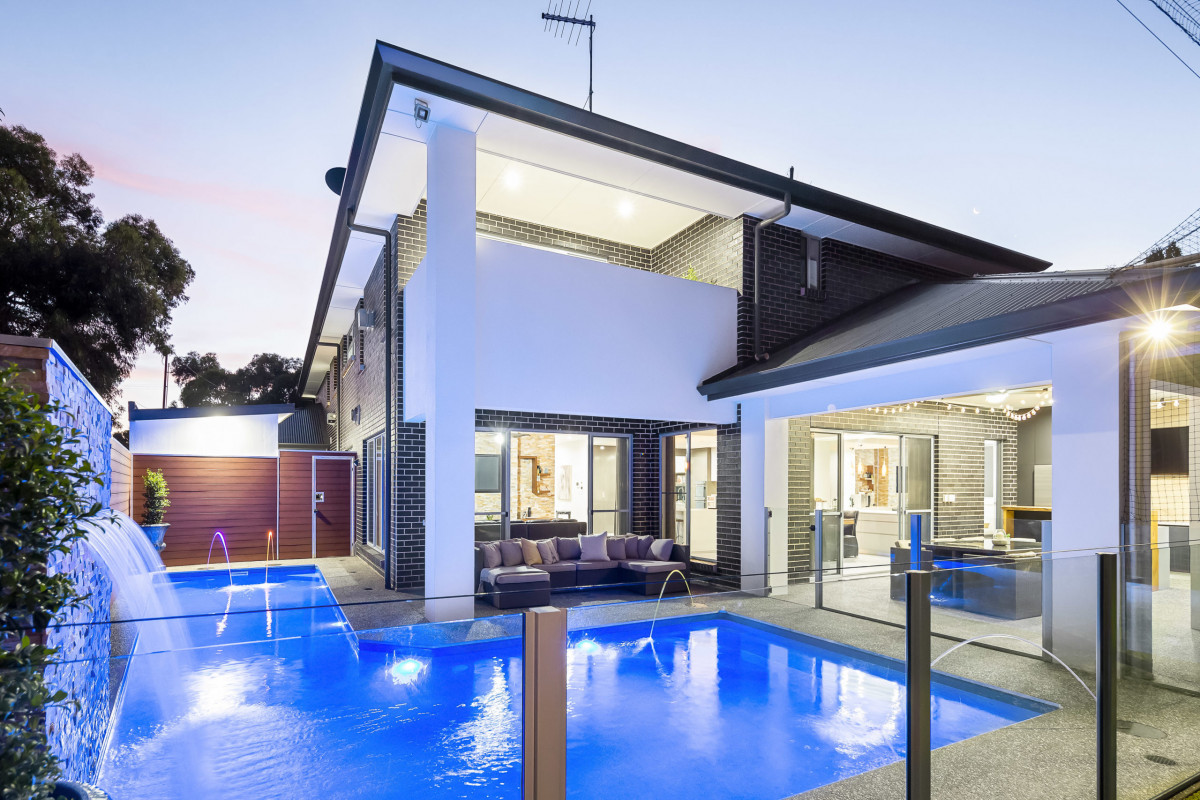 The solar-heated L-shaped swimming pool is the hero of the backyard, visible from multiple rooms and providing a light show in the evenings with LED-lit water jets and water cascading from the stone fountain.

“The pool is great aesthetically. The idea of the L-shape was to utilise the area and to create that sort of atmosphere and aesthetics to bring a little bit of wow to the living space.” 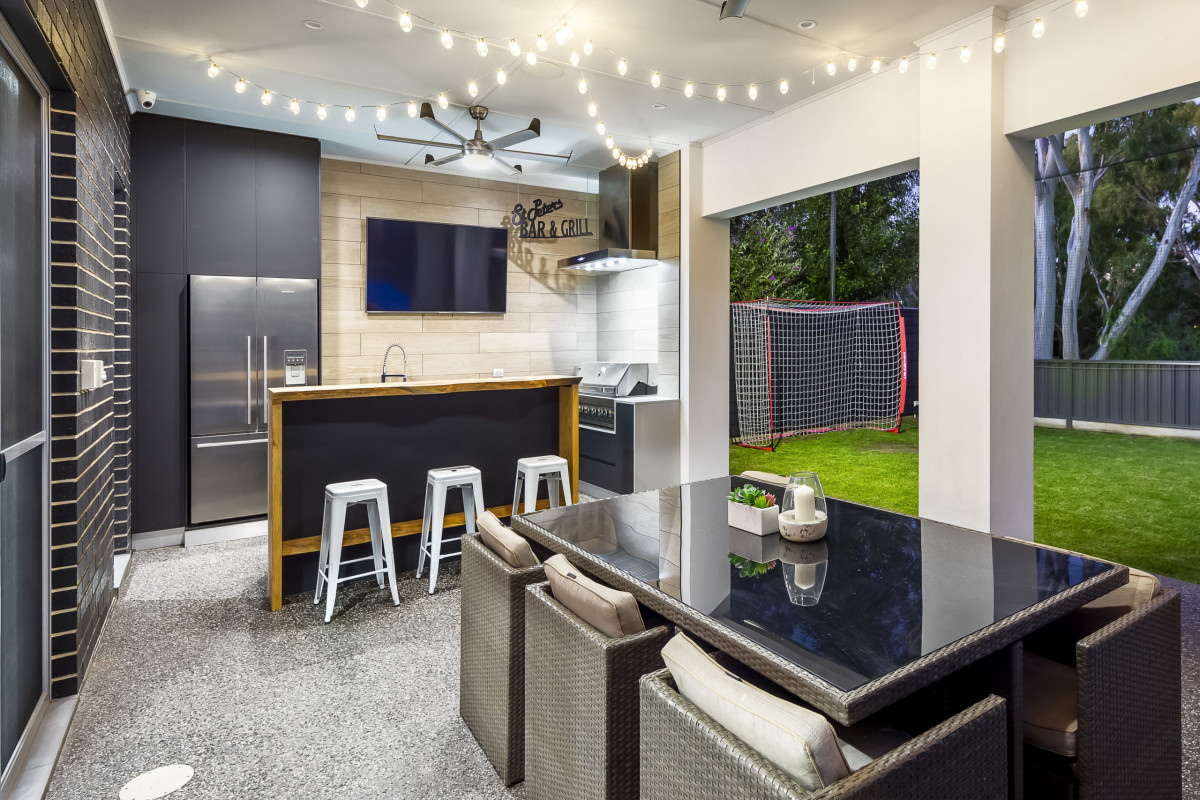 The alfresco area features an undercover barbecue and kitchen, as well as a lounge space overlooking the pool.

The timber benchtop and finishes of the outdoor barbecue space reflect the surrounding trees of Linear Park, while overlooking the lawn area, which is covered in with netting for games of backyard cricket and soccer.

“We’ve enjoyed seeing the children use the open space; with the enclosed netting it’s like an indoor arena.”

The interiors were designed to strike a balance between warmth, functionality and luxury. 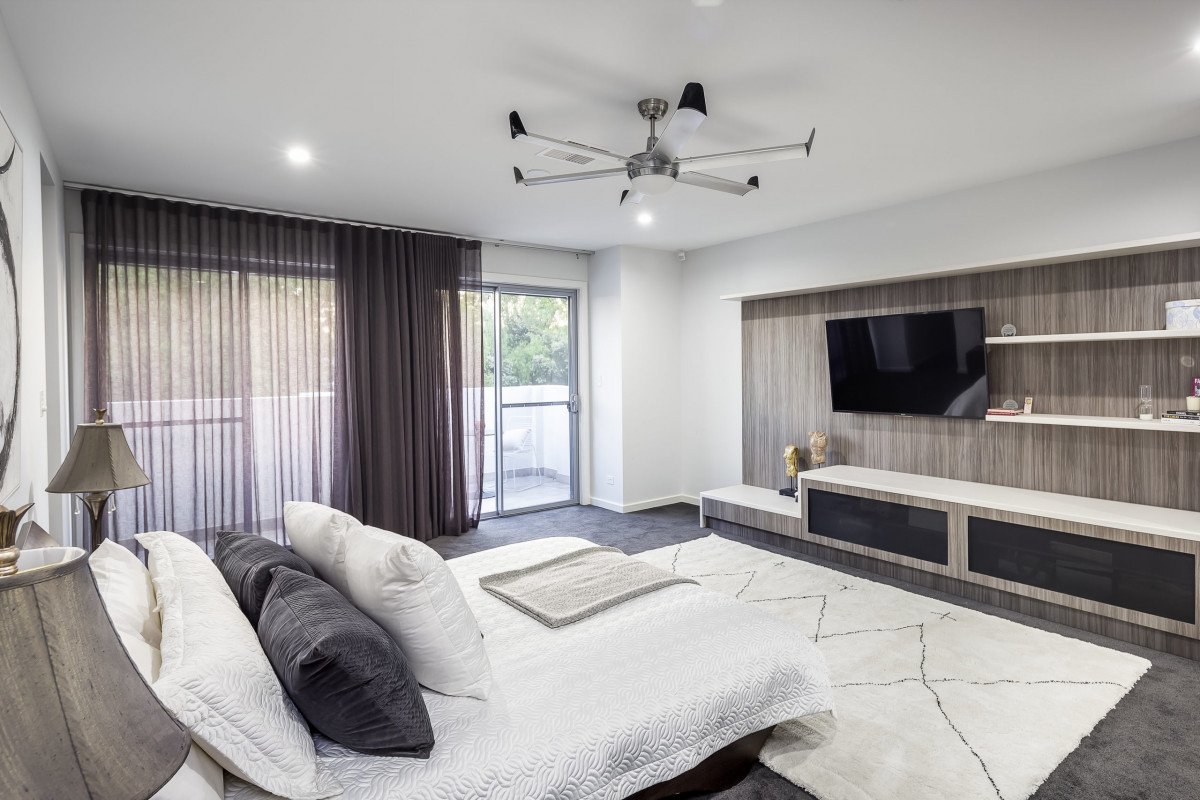 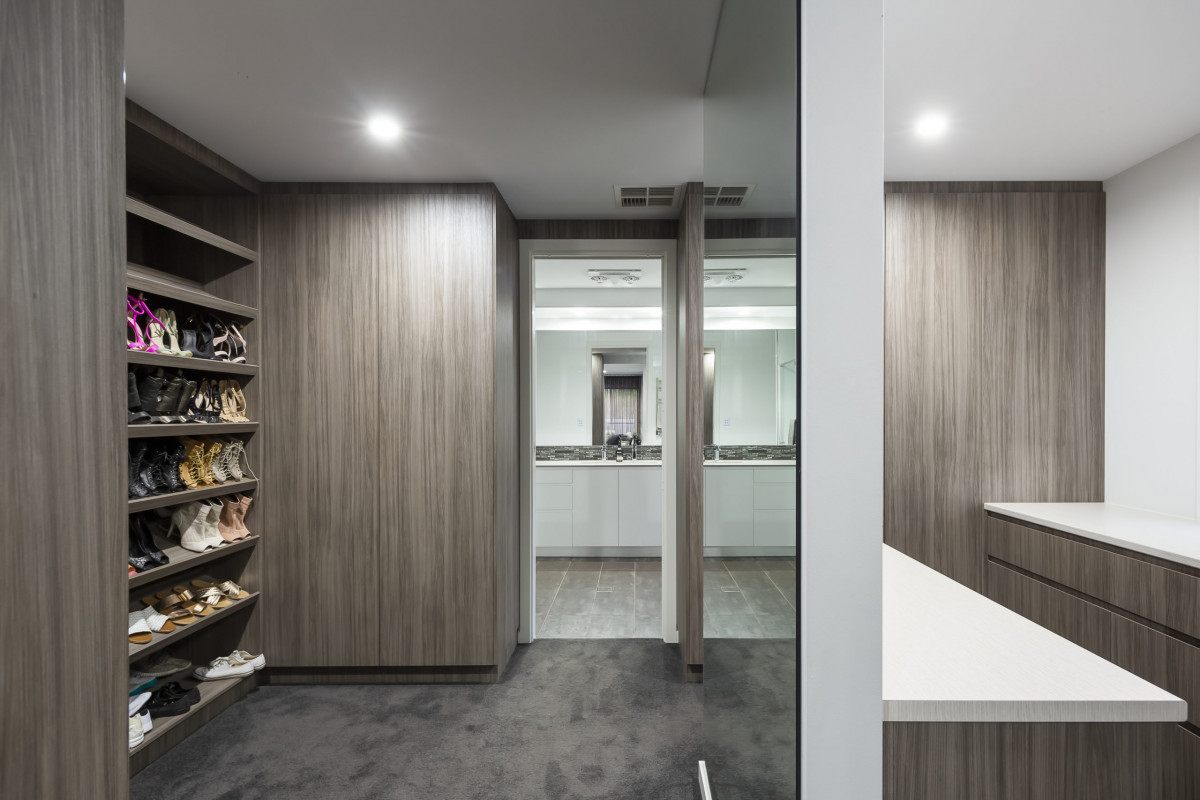 The grand master suite has its own private home office, balcony, en suite, double shower and spa bath. There are also his and hers walk-in robes.

“With that little bit of luxury, the home is about lifestyle as well as comfort,” Chris says. “We’re not about the glitz and the glamour, we like the practical spaces as well, while being cost-effective to keep heating and cooling down.” 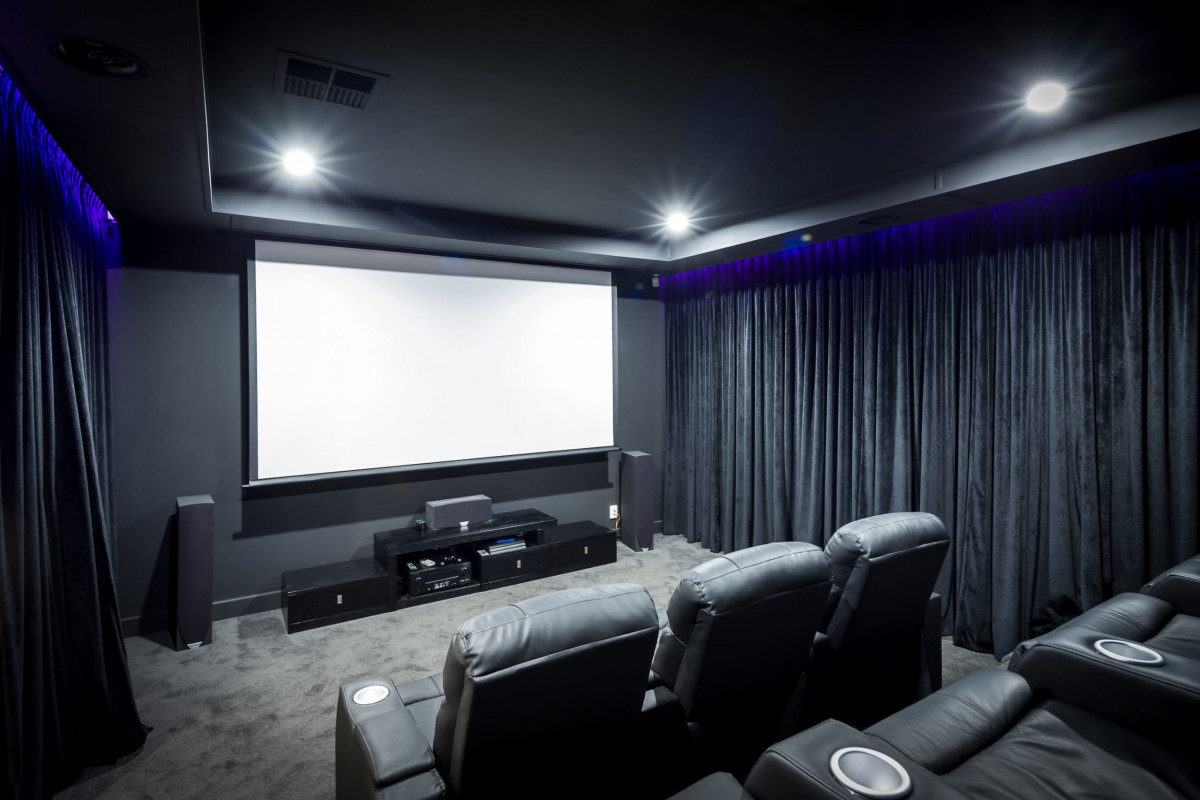 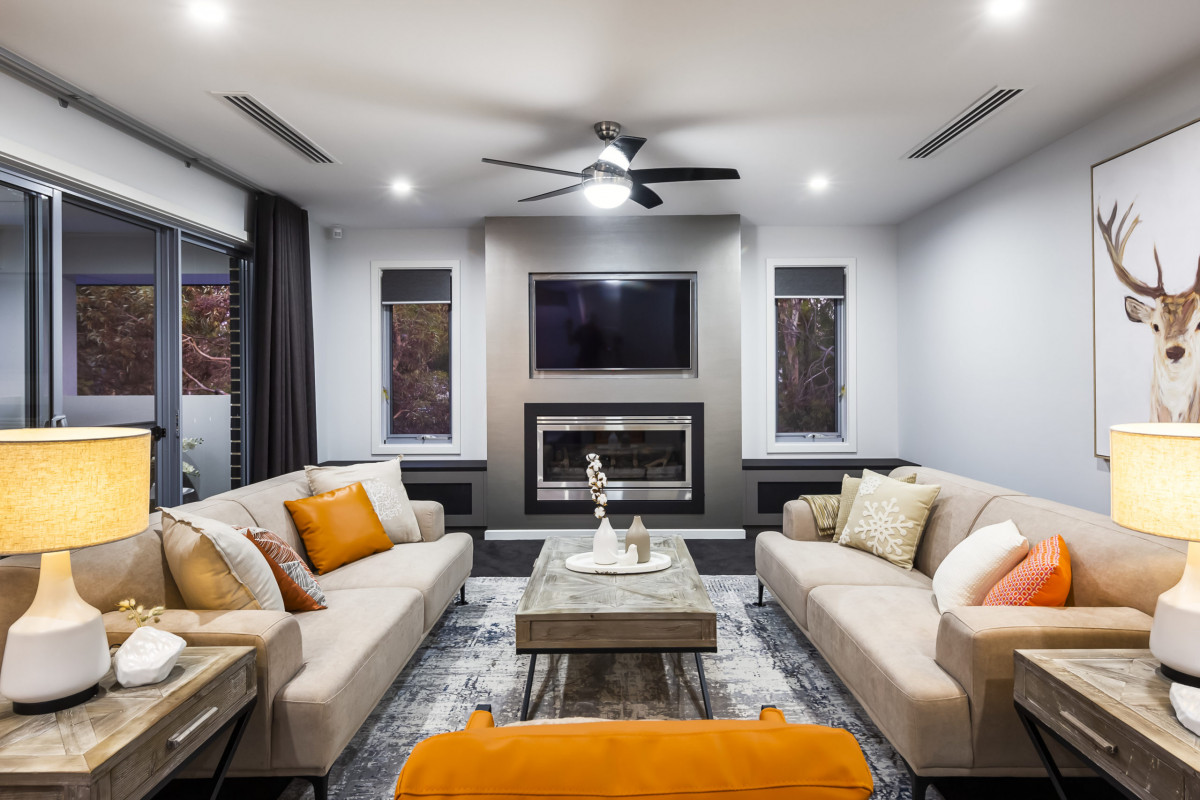 The cinema room provides a great place to relax, and there’s also a separate living space that could be used as a teenagers’ retreat, as well as a gym.

Chris says his passion for building is about sharpening his skills and industry knowledge, keeping up with modern trends and creating liveable and aesthetically pleasing spaces.

He was so particular in the design of the floorplan and fittings that he first visited dozens of other properties and display homes, before creating his own plan which he then handed to an architect. 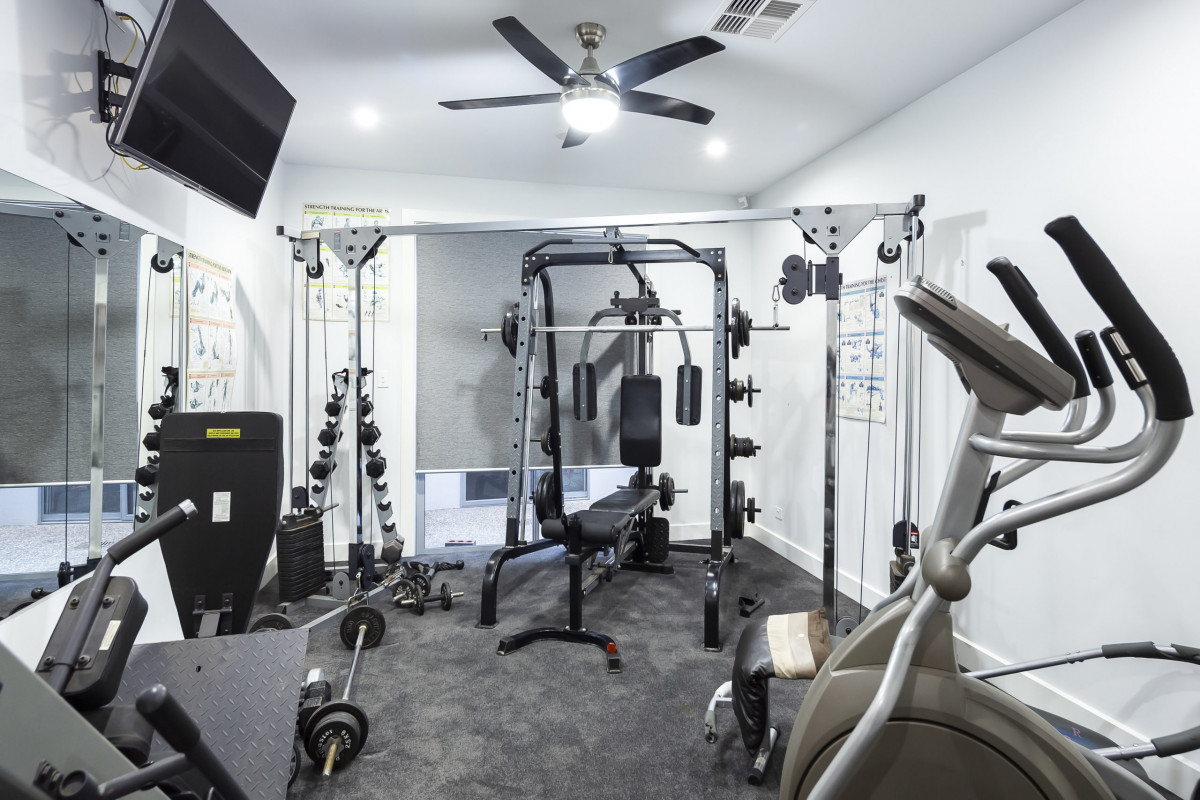 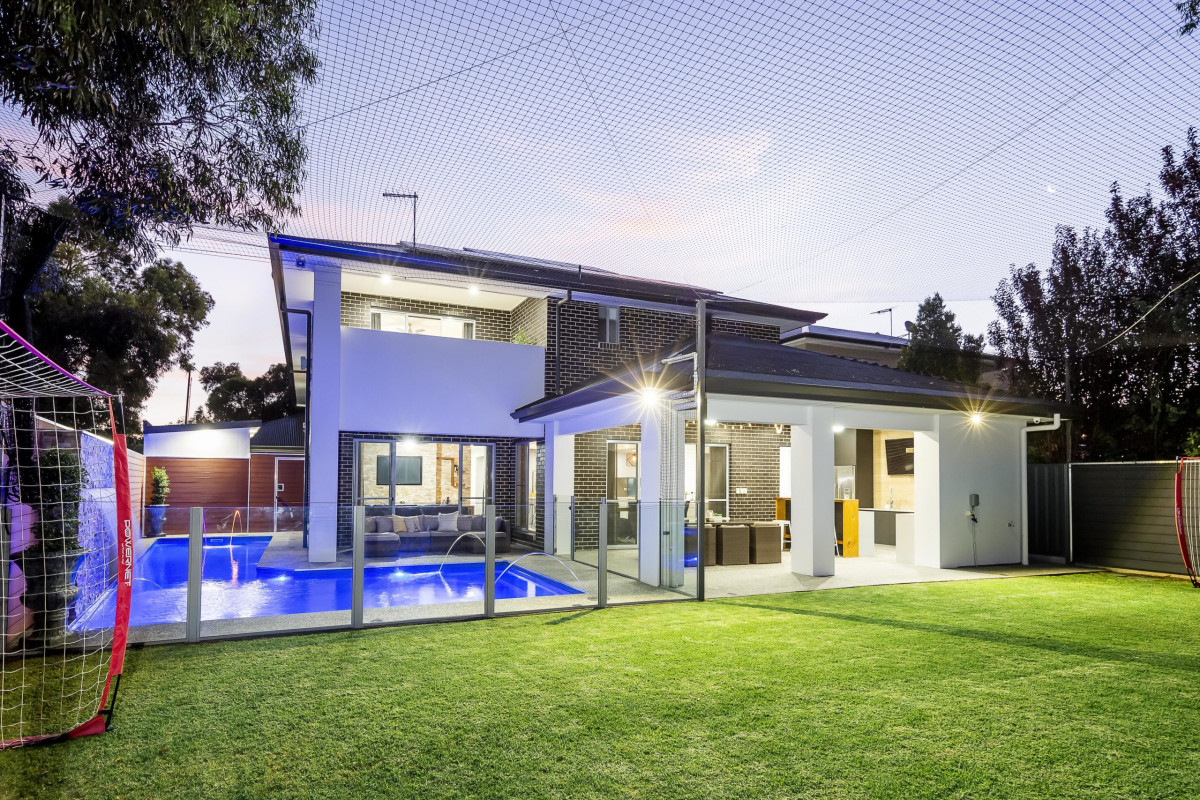 “I went to quite a few show homes throughout South Australia, all different builders, and tried to look, feel and touch some of their design ideas and basically, I drafted my own plan and took that to the architect to put into working drawings.

“We wanted a nice family layout where we’re all together, but far enough apart that we can have our own space as well.

“It’s been rewarding to build the home, and to now be able to pass that on to somebody else to enjoy.”

The sale is being handled by Mark and Georgie Bressington of Ouwens Casserly Real Estate.