This July will mark 101 years since Rose Park’s iconic residential strip Alexandra Avenue was planted with memorial elm trees in remembrance of local soldiers who died in World War I. A soldiers’ memorial stands at the corner of Alexandra Avenue and Prescott Terrace, which were established as the “Avenues of Honour” in 1919.

It was the wide medium strip filled with leafy century-old elm trees, and footpaths lined with oaks, that particularly impressed retirees Bruce and Pam Debelle when they purchased 27c Alexandra Avenue nine years ago.

For Bruce, former Justice of the Supreme Court of South Australia, the leafy street made the move from Balhannah an easy transition to city living.

“We were on a 100-acre farm at Balhannah and moved here when I retired. It’s just been a delightful house to downsize into and relax and enjoy retirement,” Bruce says. 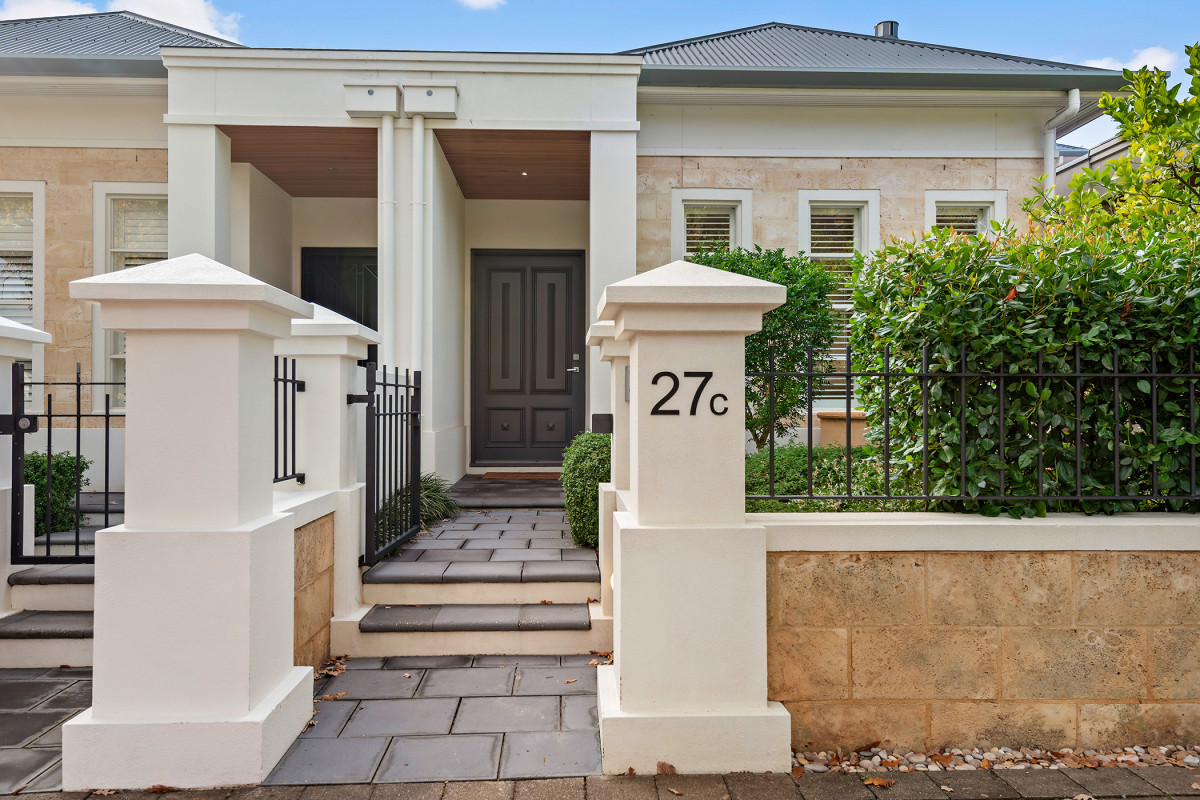 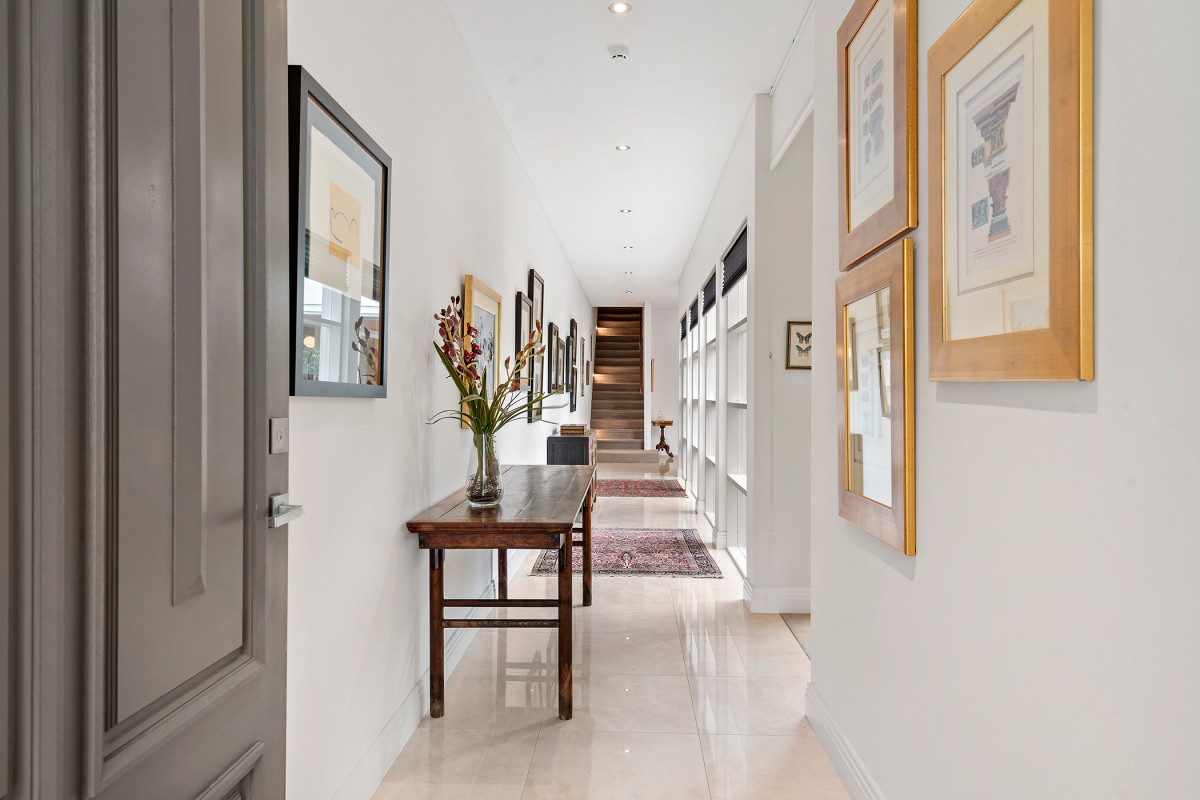 “I thought I might regret it, but it’s a really unique environment with a wide medium strip, which is a war memorial graced with elm trees up and down; it’s beautifully adorned with trees.”

This week, the couple are selling their gorgeous residence in Rose Park, which is regarded to be one of Adelaide’s most exclusive suburbs.

Bruce and Pam purchased the home brand new and have enjoyed living a stone’s throw from Adelaide’s East End and parklands. “I was attracted by its convenience to the city. Rose Park is on the way to everywhere, with the convenience of The Parade and coffee shops,” Bruce says.

The couple are now selling the home to downsize further. “We’re selling with great regret, but you reach that age where life tells you what you have to do,” Bruce says. 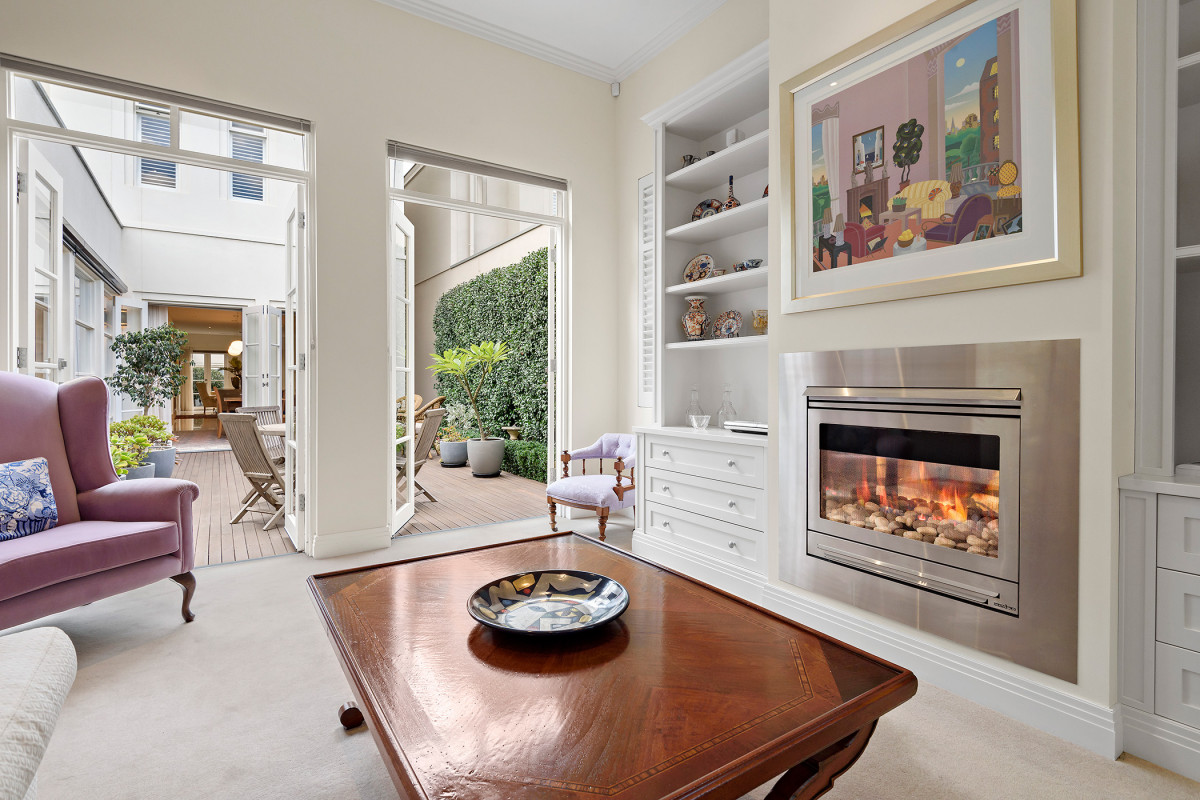 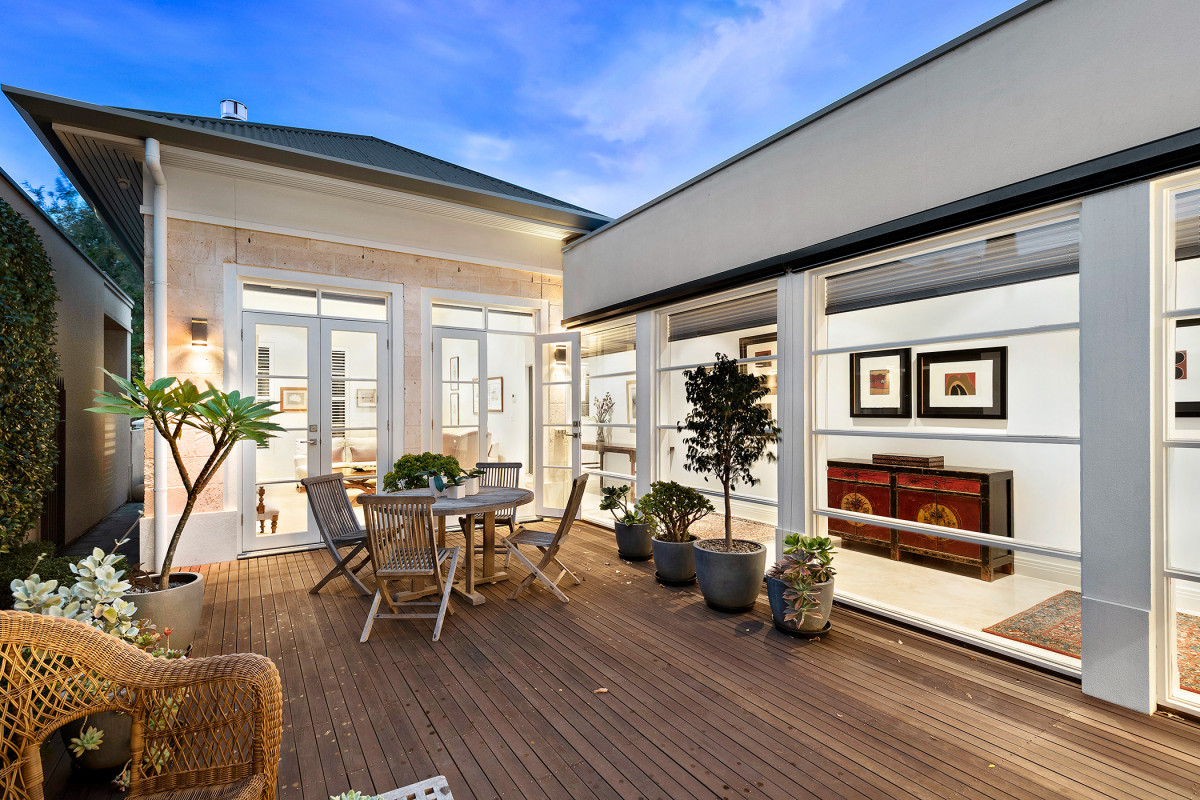 Set back from the tree-lined street, the classic limestone frontage frames a portico entrance, which opens into a gallery-style hallway full of light from the large windows and courtyard.

The smart floorplan takes advantage of the block’s rear north-facing orientation. The central courtyard provides additional natural light, with French doors that can be opened to invite fresh air and access at both ends of the alfresco dining area.

When the doors to the courtyard are opened, it creates one flowing space from the elegant formal lounge at the front of the property, to the informal open plan living space to the rear. A gas fireplace in the lounge provides a cosy spot to sit in winter. 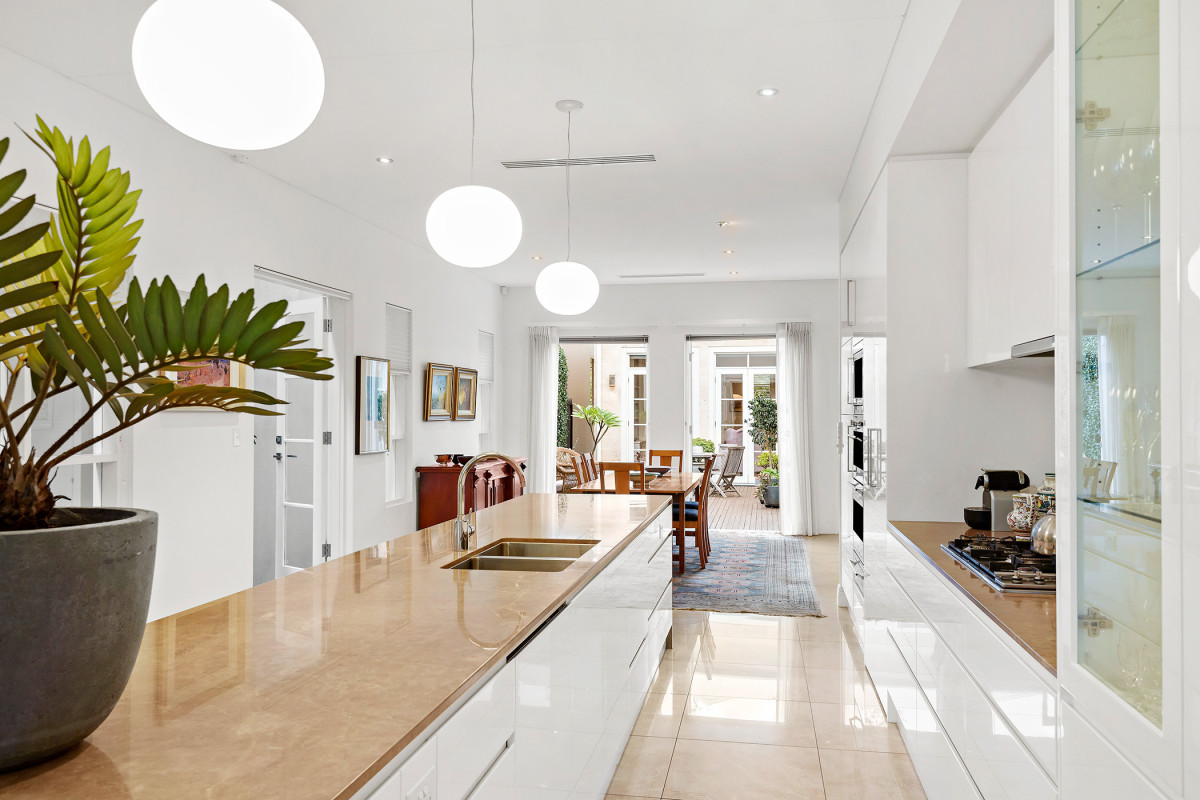 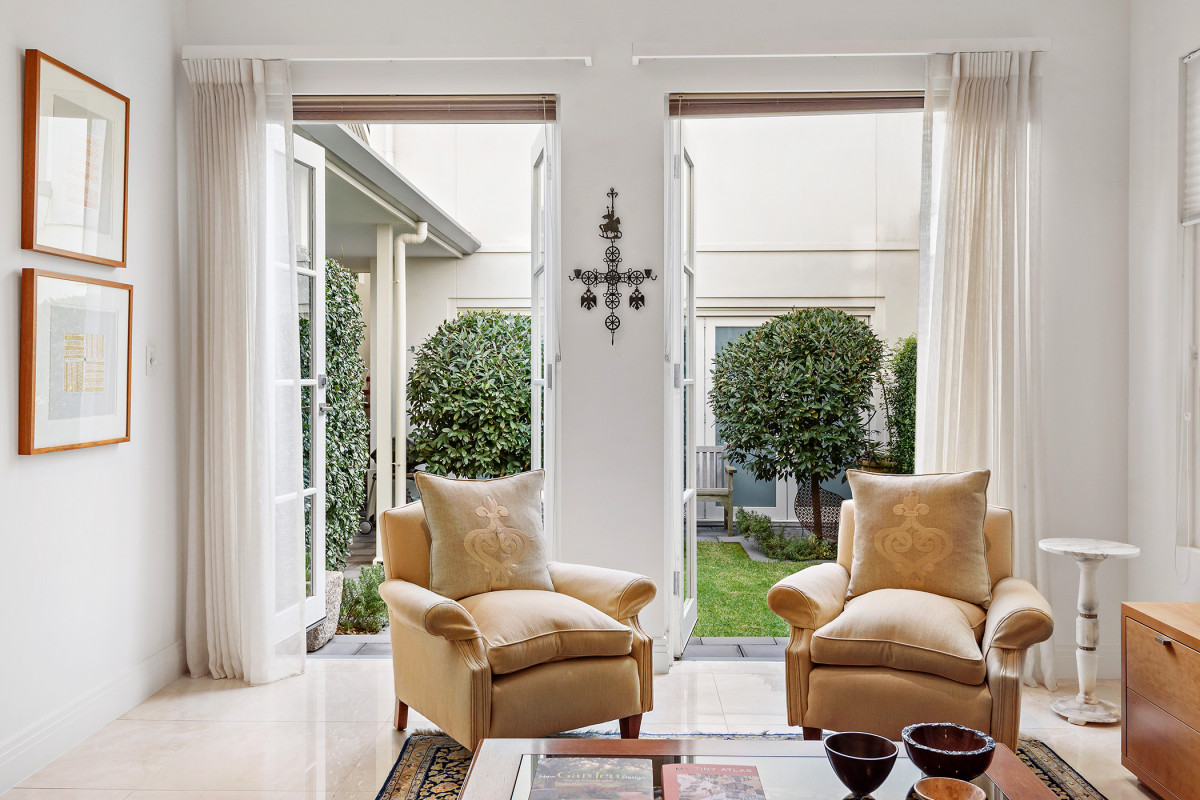 “It’s a superb environment. A lovely feature of the house is our upstairs bedroom which looks into trees,” Bruce says.

“It’s the best subdivision in Adelaide, not only with beautiful tree-lined streets but also a wide rear-access lane that makes it very convenient for parking at the rear.”

A lift provides access up to the first floor, and also down to a spacious cellar which can also be used as a storeroom.

The first floor over the garage comprises a large detached studio with a vaulted ceiling, accessed by a covered walkway and stairs.

Bruce is an avid reader and has used this space as a library and study, which is bathed in natural light from French doors that open to create a balcony. 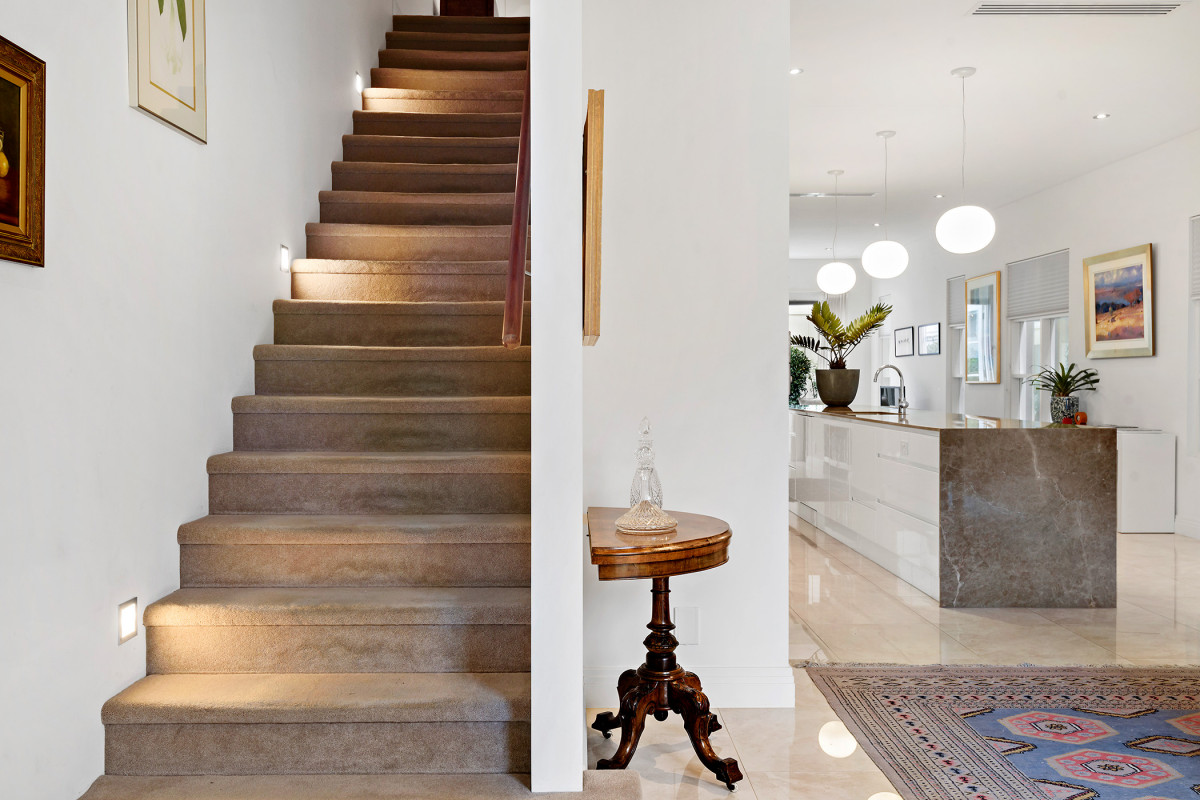 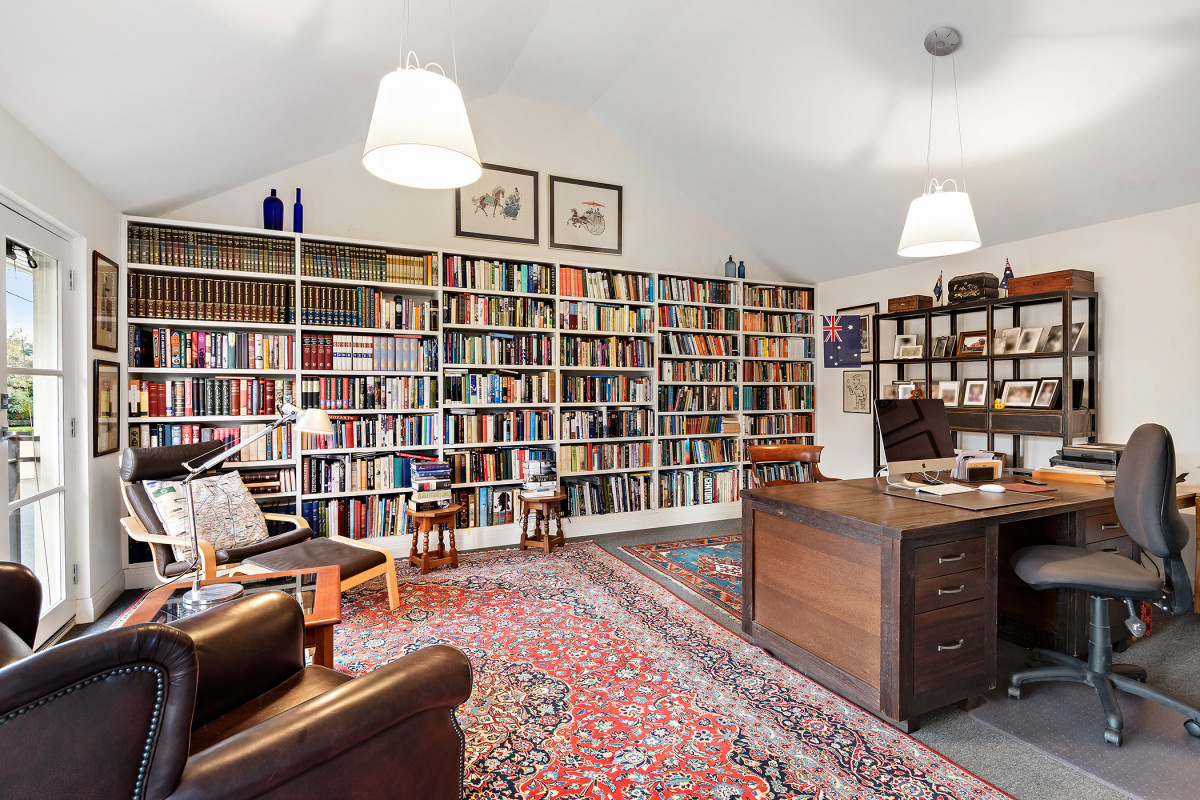 Of late, Bruce has been spending plenty of time in his library writing a biography. “The large study above the garage at the rear is full of light; it’s a very large room,” he says.

The bespoke kitchen has all the modern conveniences with a four-metre-long island benchtop of marble, integrated appliances, and a concealed walk-in pantry.

“I’ve lived in at least six suburbs in Adelaide and Rose Park is plainly the loveliest,” Bruce says.

The sale is being handled by Sally Cameron of Toop & Toop. 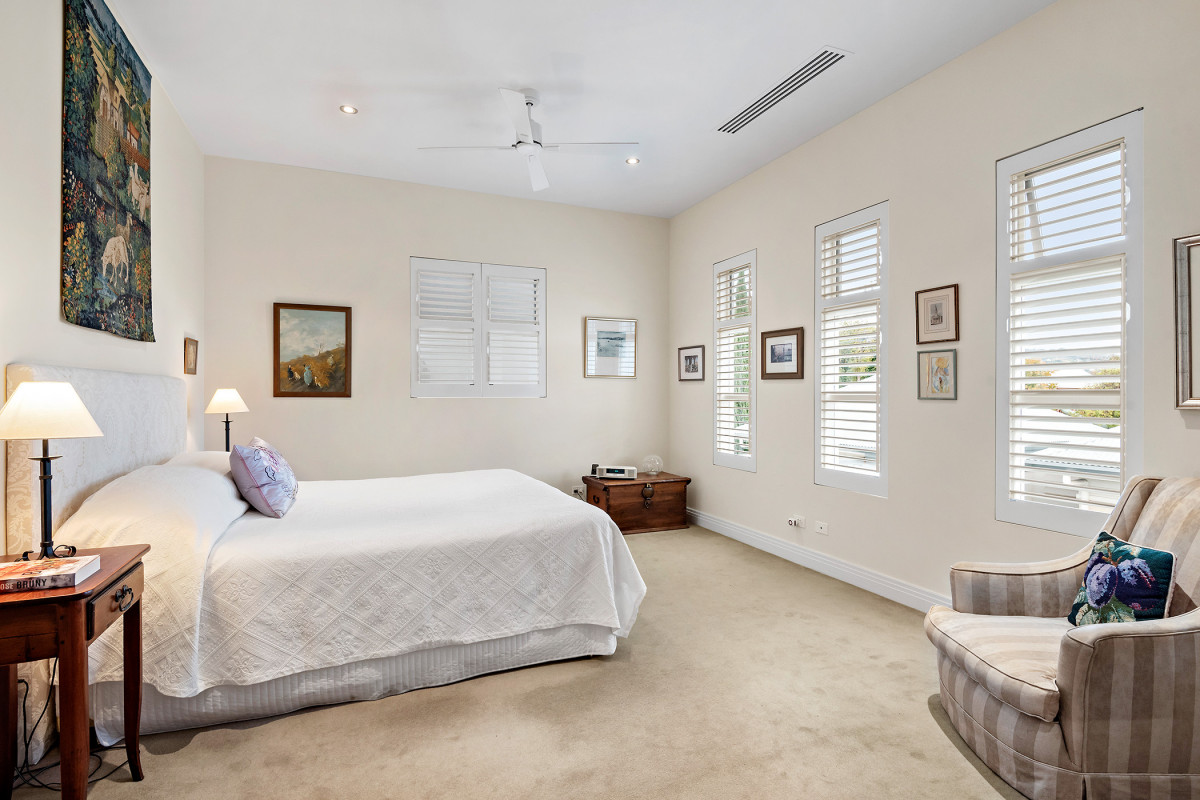 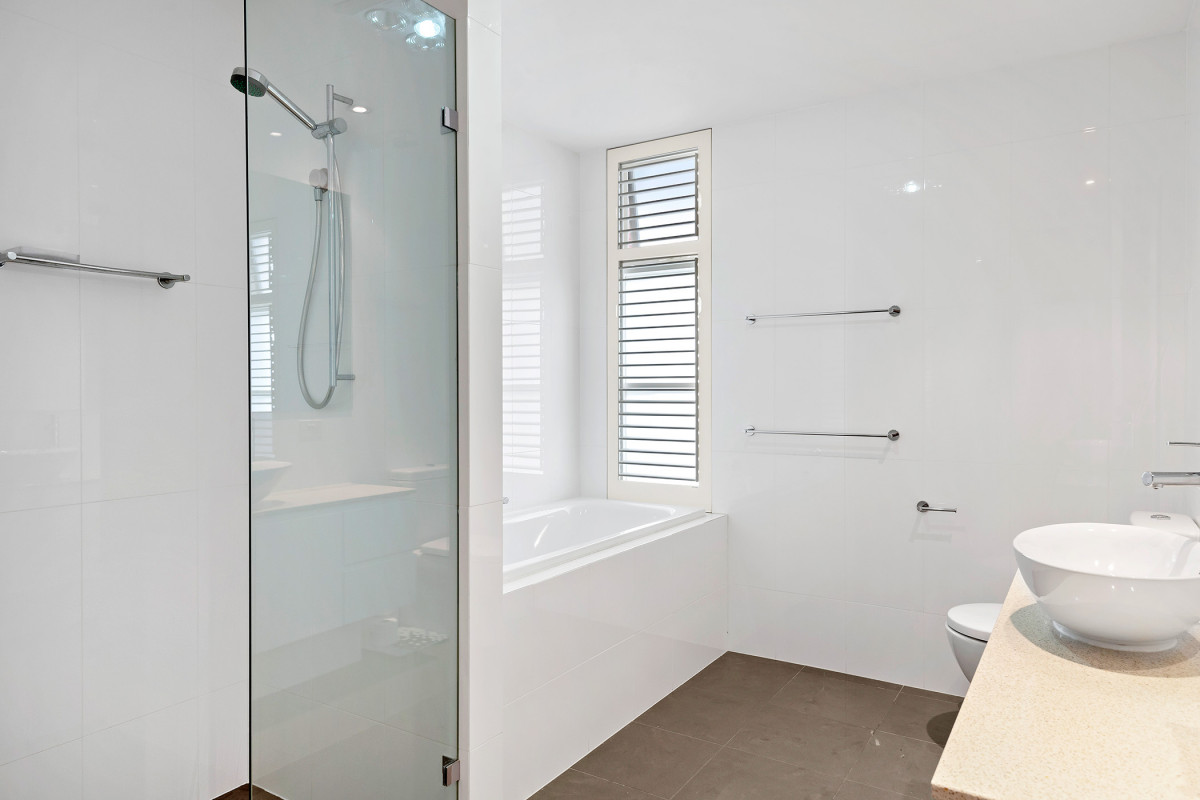 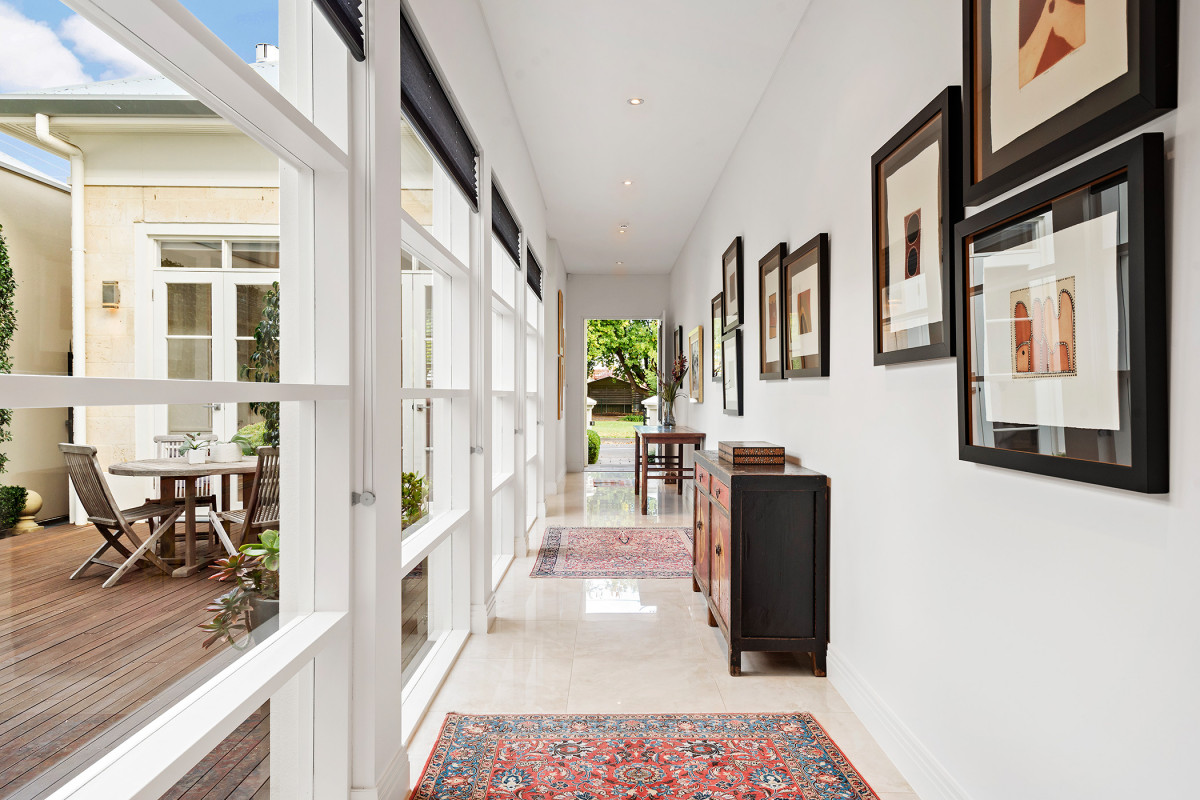