Built in 1843 by South Australia’s first treasurer Osmond Gilles, Woodley House has been extensively renovated and modernised by Ian and Fiona Traill, who have this week listed the history-steeped property for sale.

With the current clamp on international travel, Ian and Fiona Traill are about as close as you can get to the Tuscan hillsides and European chateaux with their half-hectare historic residence “Woodley House” at Glen Osmond.

Built by wealthy South Australian settler and treasurer Osmond Gilles in 1843, and later developed into a winery by vintner Horace Pridmore, the expansive Victorian villa contains 16 rooms, a tennis court, gazebo, and panoramic views over the city of Adelaide.

“People call us Lord and Lady Woodley. It’s just lovely to have all this space, but it’s a bit grandiose for just the two of us,” Ian says.

“We sit on the verandah and have a little tipple at night and just pinch ourselves where we are; it’s really beautiful.” 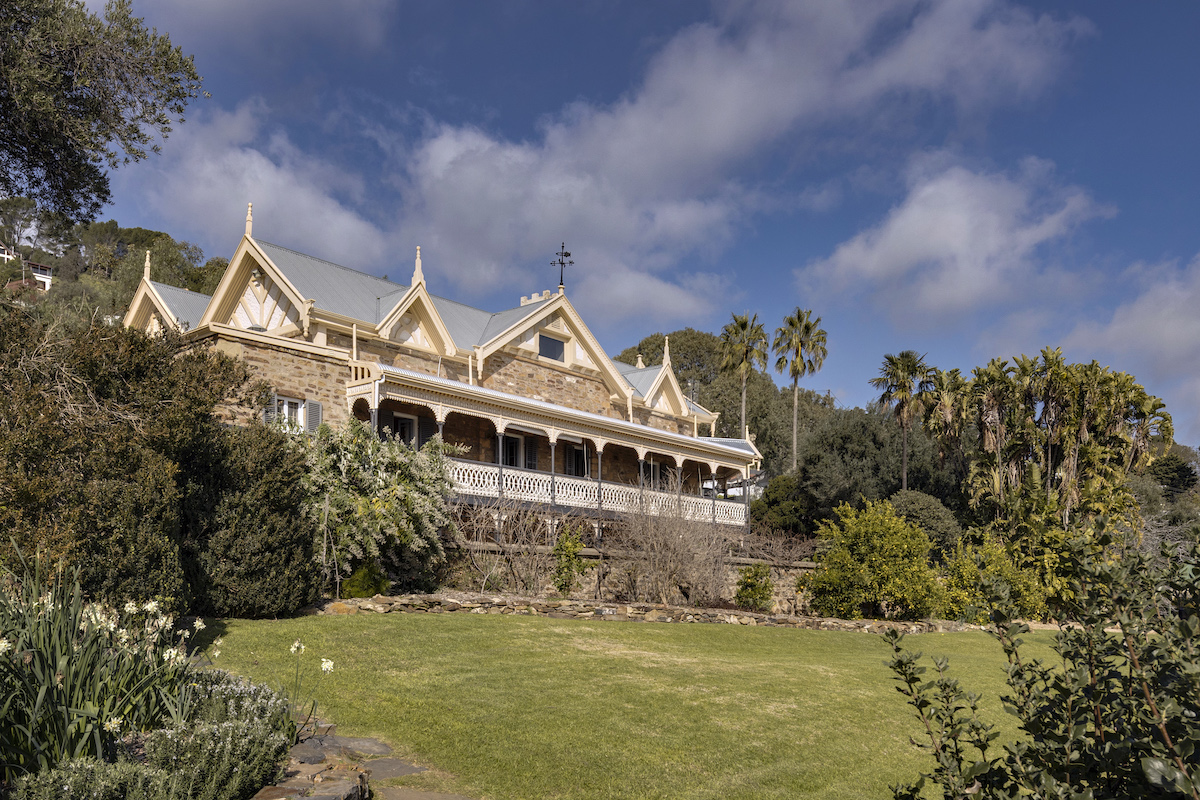 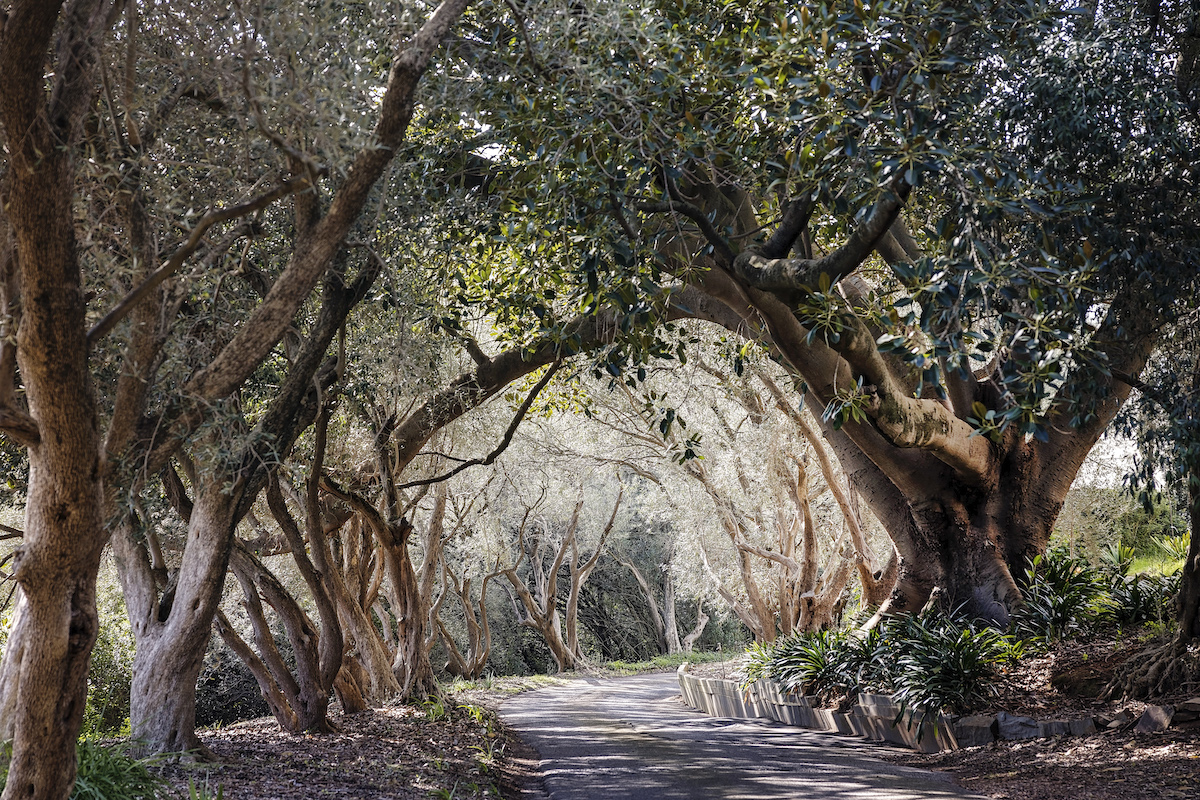 Originally from Adelaide, Ian is an architect who has spent the past few decades living and working interstate and overseas.

He remembers being transported down the property’s sinuous driveway for the first time about three years ago, captivated by the passage of hundred-year-old olive and Moreton Bay Fig trees.

“You feel as though you’re in Tuscany when you drive into the place,” Ian says.

He and Fiona previously lived in an upscale Sydney suburb where their expensive terrace didn’t even have its own car park. They came across news of Woodley House being sold as a deceased estate and decided to investigate. 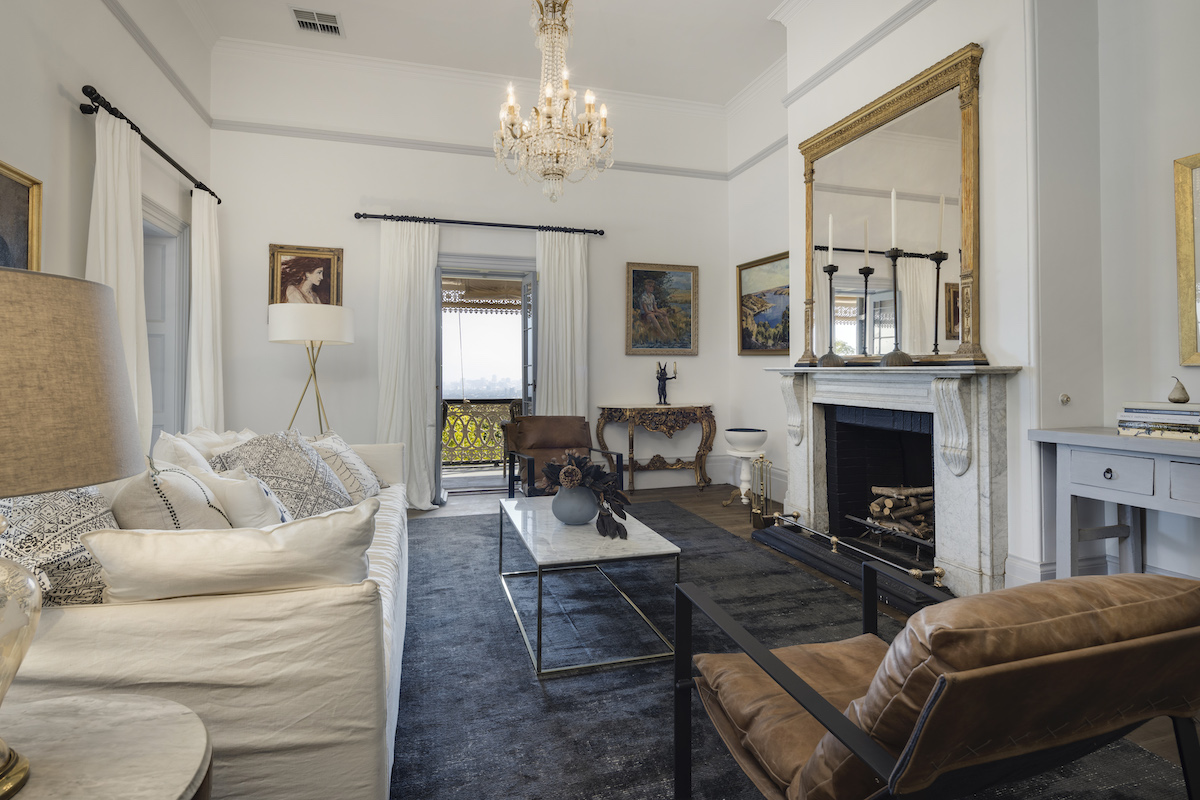 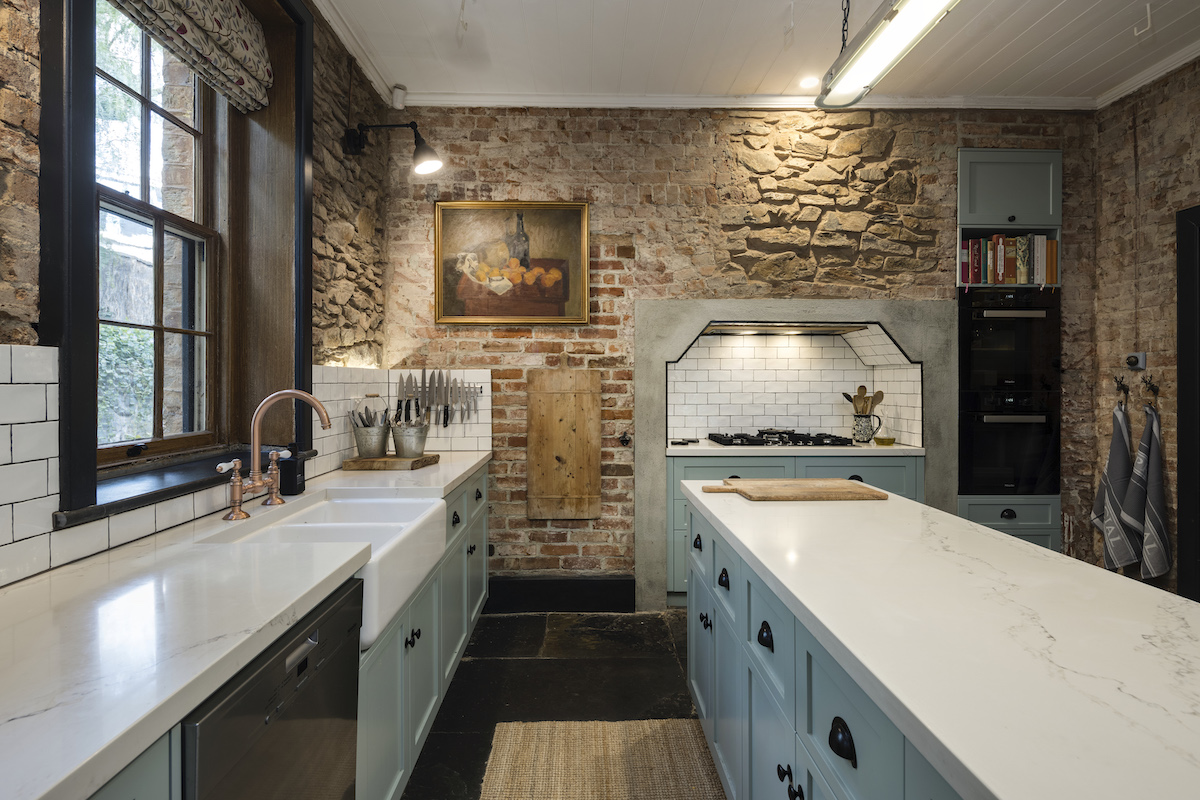 “So, we flew down here and once you see this property you’re overawed by the views and the seclusion of it,” says Ian, who placed an offer on the home that day.

“It was pretty run down, but it had good bones with 18-inch stone walls and lovely character. Once we settled, we came across to live here.

“Previous renovations had butchered the interior a bit, but some of it was really good, so it allowed us a licence to reinterpret it.”

Ian took 18 months off from full-time work to get stuck into renovating what is now a 16-room mansion, taking a hands-on approach. Meanwhile, Fiona overhauled the run-down Mediterranean garden. 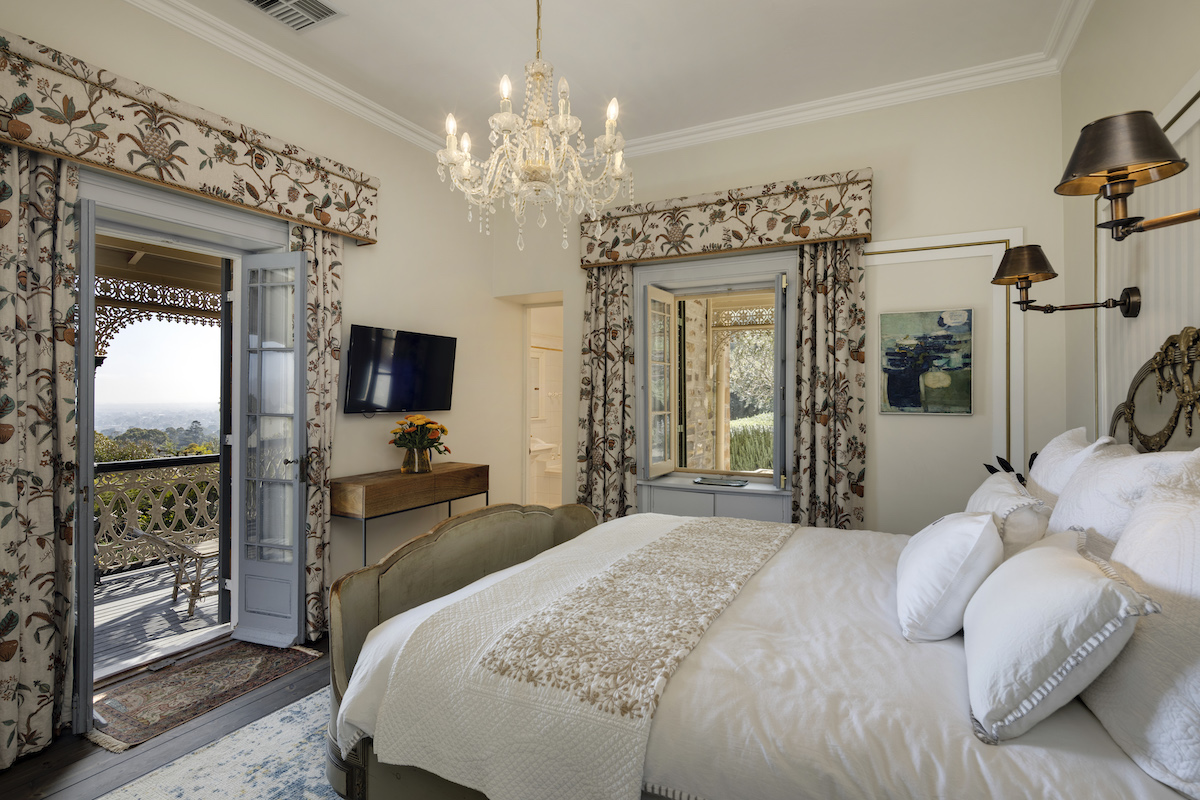 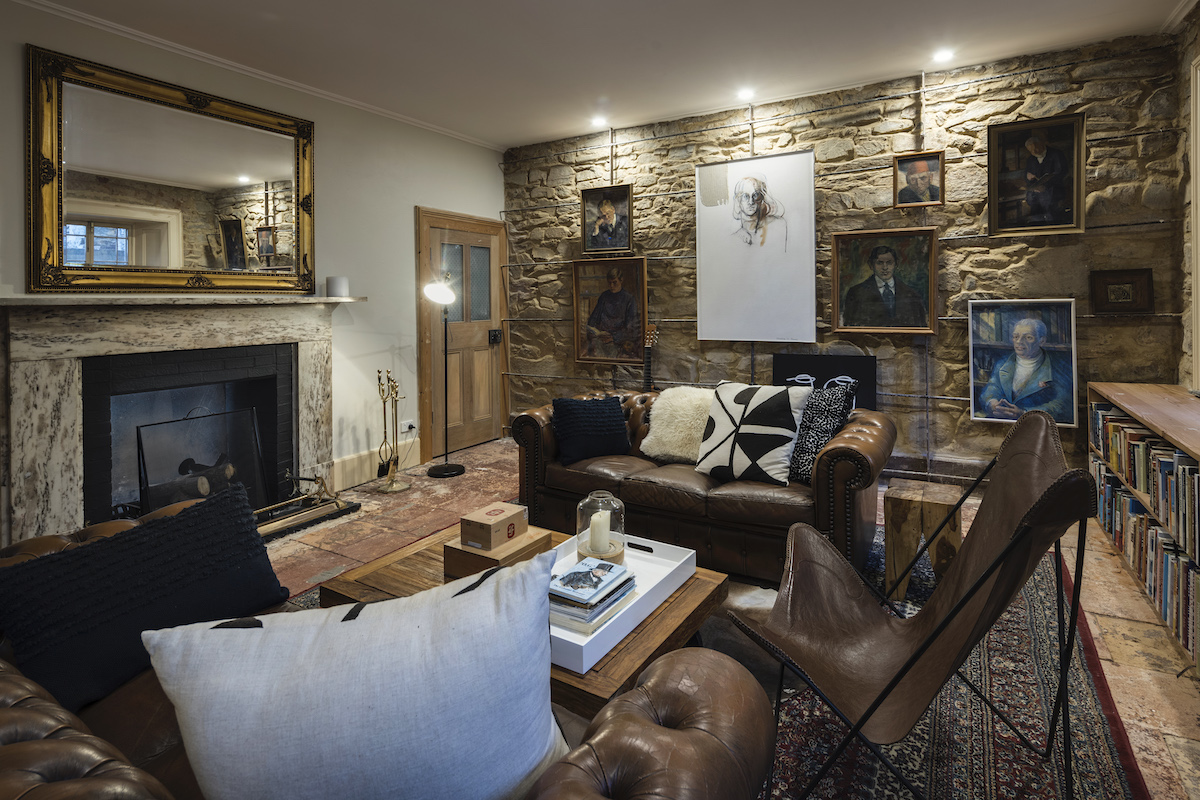 “We knew we had to do wholesale changes: rewire and replumb the whole property, and then fit it out with new kitchens, new bathrooms, en suites, everything,” Ian says.

Plaster walls were stripped back to bare stone, giving the home character and warmth. “Although it filled my lungs with dust, it was well worth it,” Ian says.

“We took the approach to modernise and make it contemporary, but acknowledge all of the heritage features in the house. In the end, it’s a real mix of very modern and very old, and that’s always a great combination,” Ian says.

The century-old facade camouflages modern interior details from Miele cooking appliances to heating and WiFi. There is even a new gymnasium, bar, library and cellar with capacity for 1000 bottles. 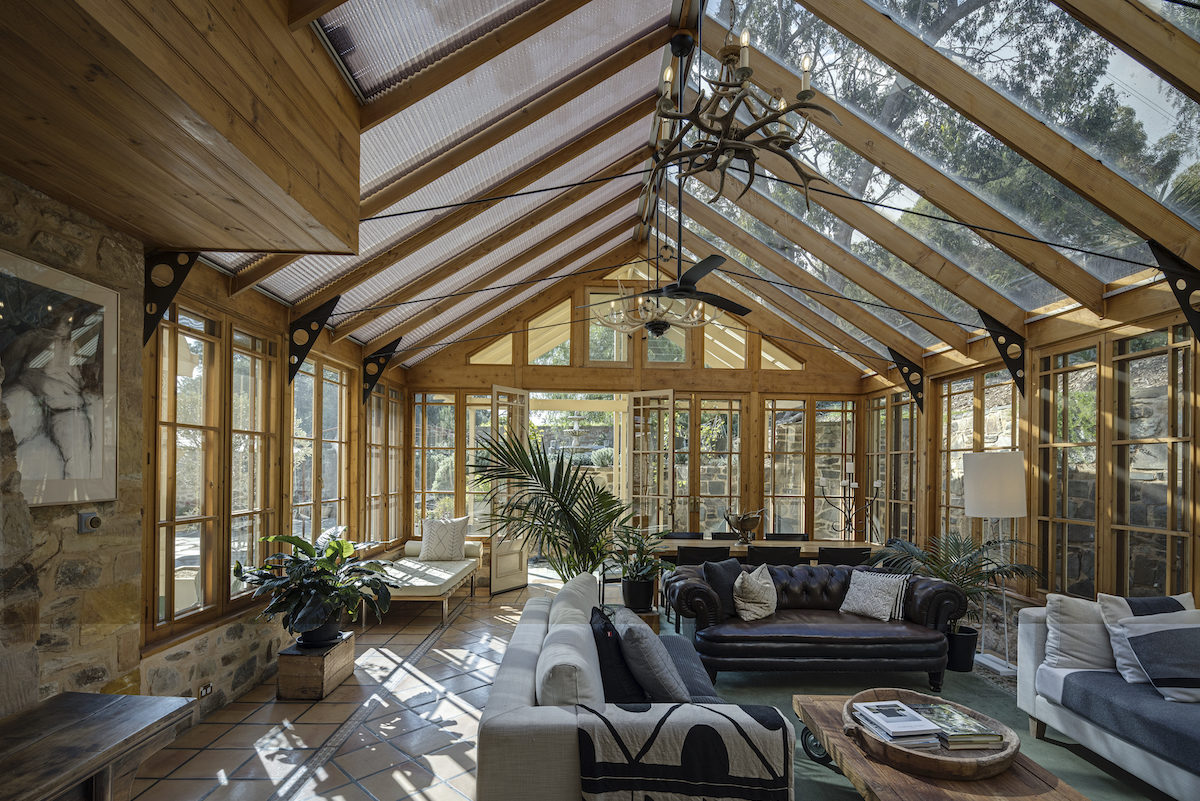 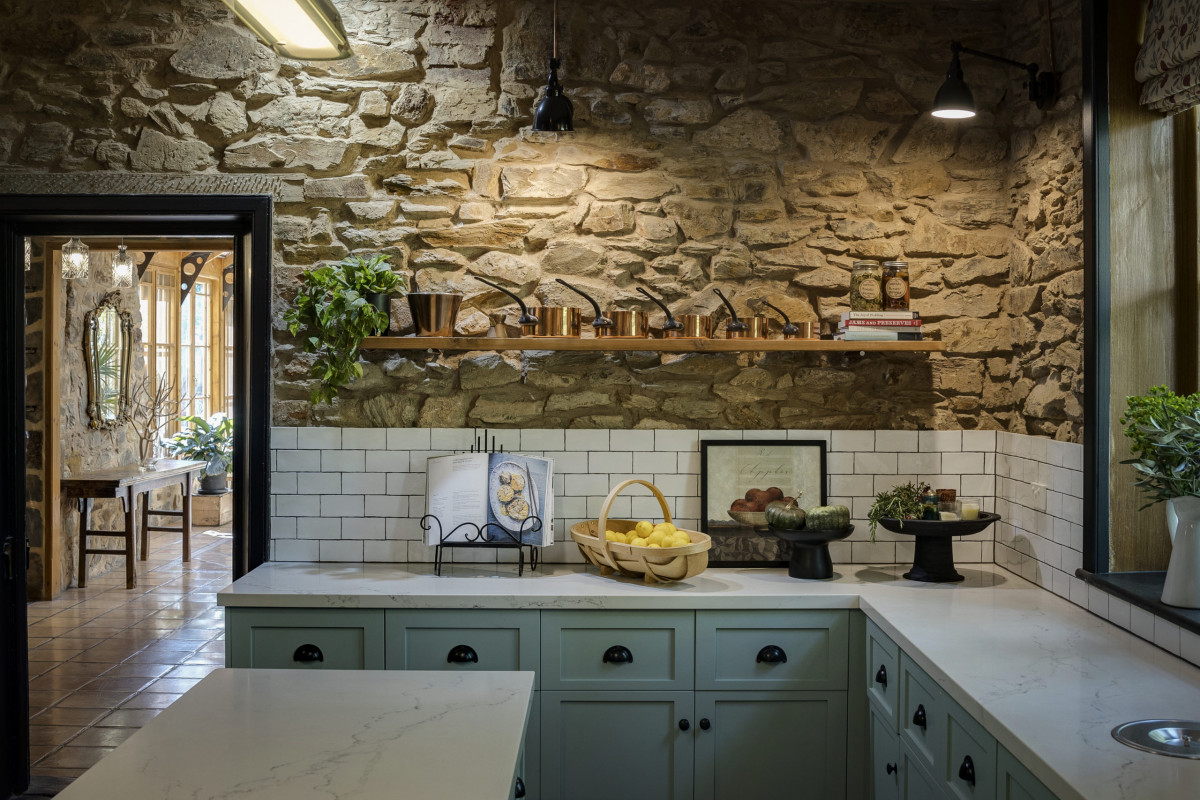 The couple is now selling the property to move to Sydney, to be closer to Ian’s work. “Not that we really want to sell, but I’ve got most of my work in Sydney as an architect and it’s a bit mad to have this lovely house but not be here,” he says.

The property is for sale by expression of interest, with a price guide of $4.5 to $4.8 million.

Ian’s currently working on a restoration for a client who purchased the five-storey Northbridge home of late former prime minister Bob Hawke. That home sold for $9.2 million last year.

“It’s a magnificent site on the water in Northbridge, it’s just a stunning thing,” says Ian, who has also worked on projects in Bali, Queensland and Byron Bay.

“I’ve done quite a few renovations and I like to get hands-on with them, which is good fun. This one had its challenges just because of the sheer size and heavy structure of it.” 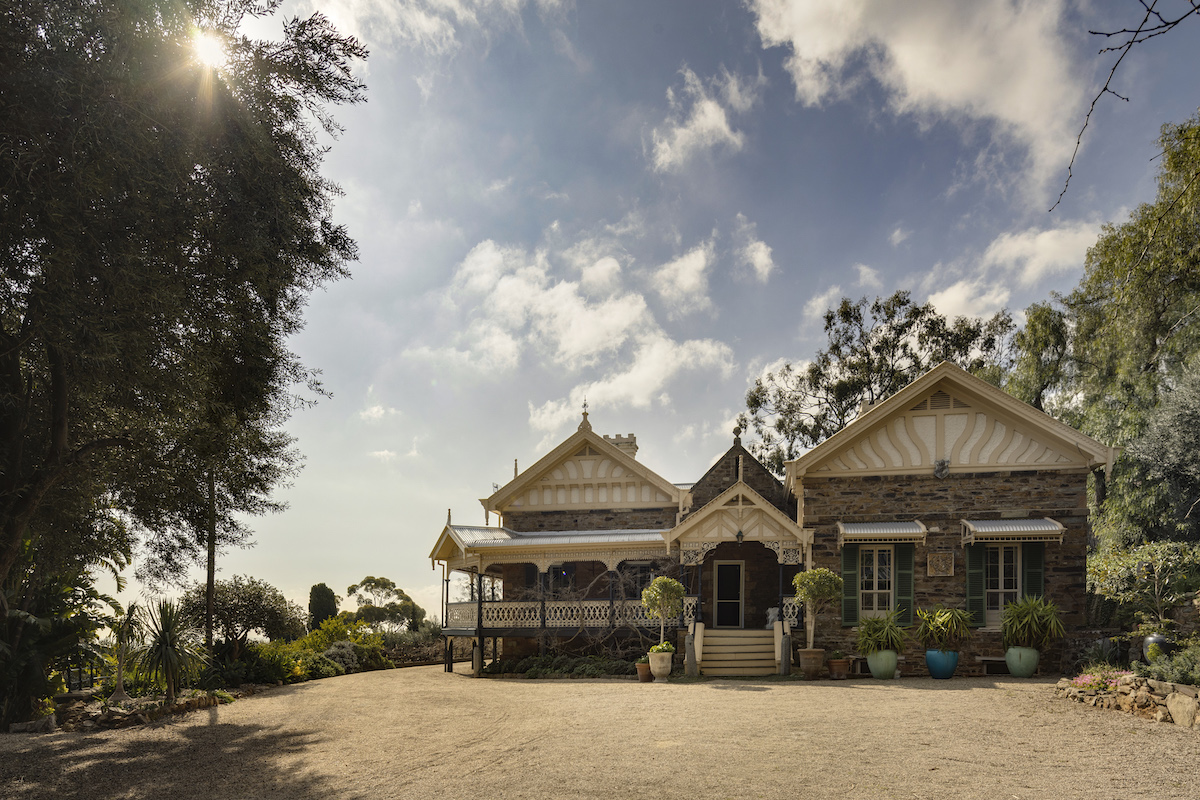 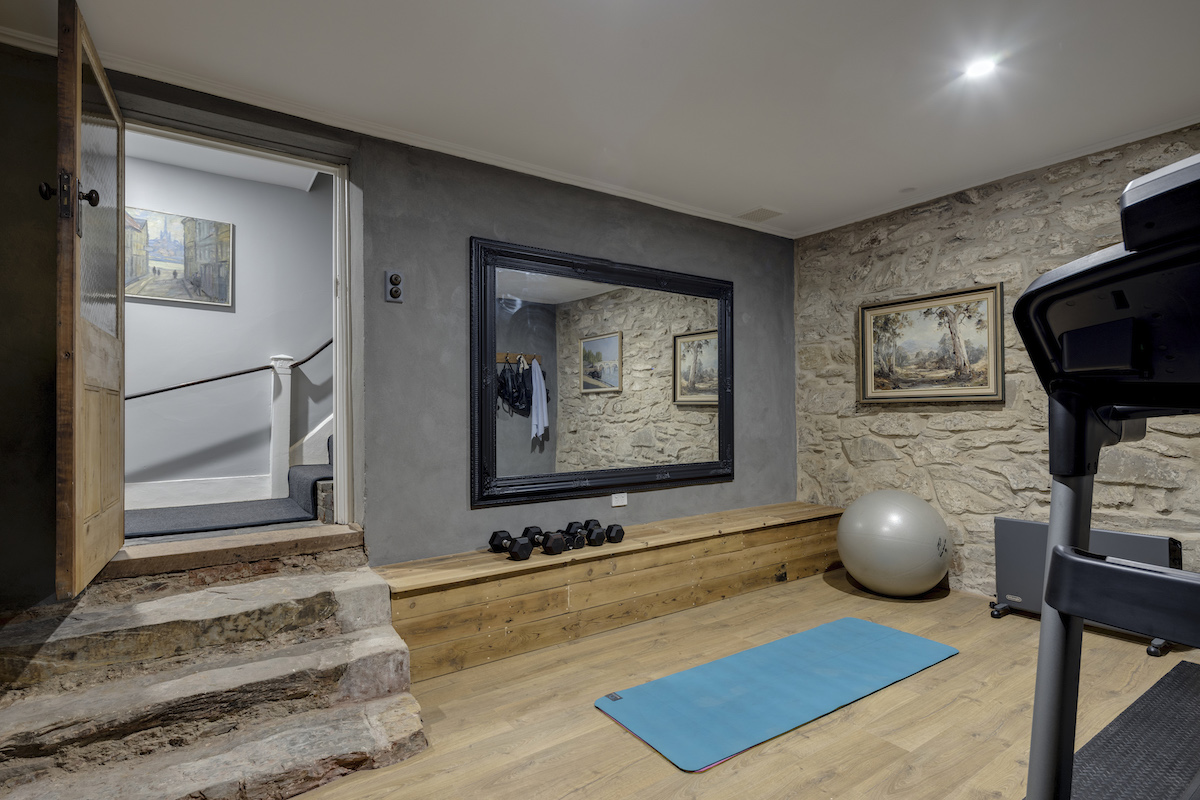 Although it’s steeped in 177 years of history, the property isn’t haunted, according to the couple. “We haven’t experienced anything like that; my wife would have picked it up if we had. You get the occasional possum running over the roof, but that’s about it,” he says.

The couple went to great lengths to convert the roof space, which was previously unutilised, to create two bedrooms and a bathroom. Ian enlisted a builder to help with the tricky job of working around roof trusses, installing new rafters and creating the rooms.

Ian and Fiona have used the upstairs rooms as their living quarters, as they have a secure and cosy feel. “You’re sort of nesting up there, that became our main bedroom in the end,” Ian says.

“We come down to the kitchen, use the conservatory quite a bit as a living room, but we hardly saw the rest of the house there for a while.” 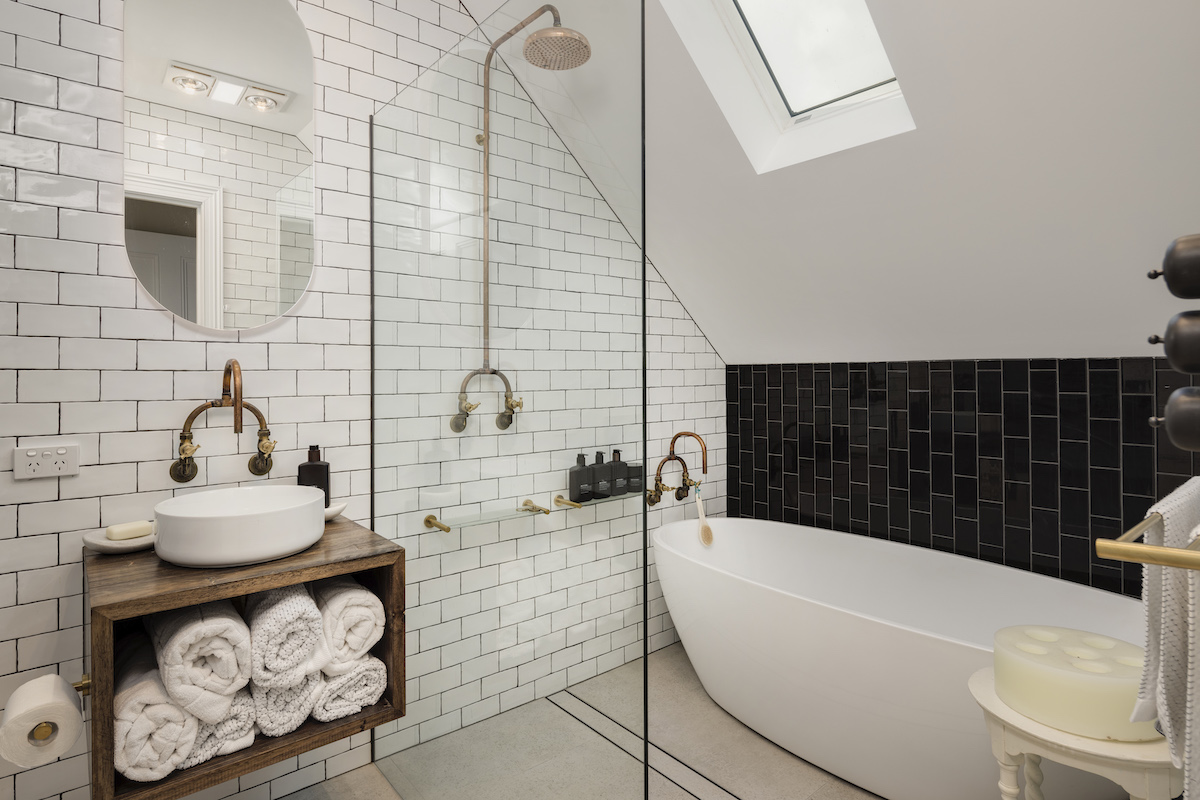 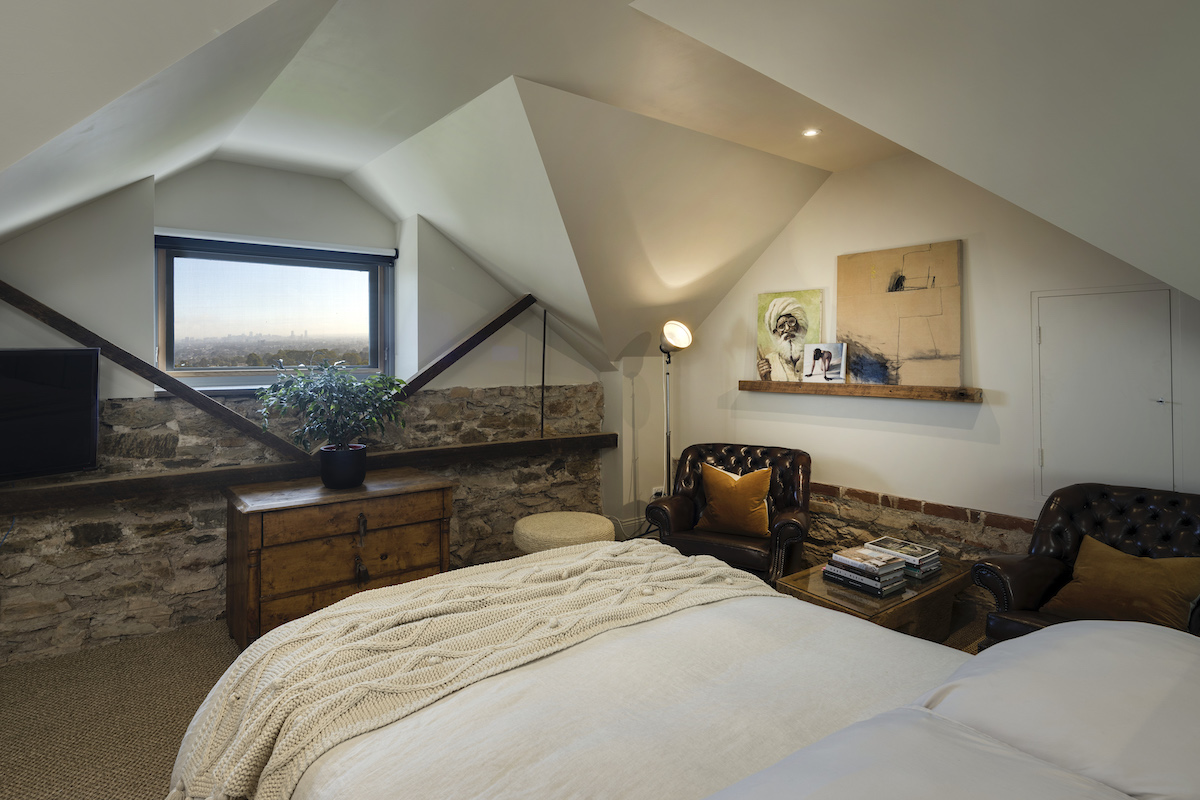 The property contains many bluestone features, with the showpiece being the chateau-style, vine-clad entertaining area with wood-fired pizza oven.

Among many historic artefacts in the home, the study contains the original state treasury safe, which Osmond Gilles built into the house.

“He was a real character. He was pretty volatile at times, but a leader of men. He started the first commercial mines in Australia; the remnants of which are scattered around Glen Osmond now,” Ian says.

The history of the property goes right back to the 1830s when Osmond Gilles purchased a large section of land, later named Glen Osmond, and started mining silver and lead ore. He later developed one of South Australia’s earliest vineyards, consisting of mainly Spanish varieties. 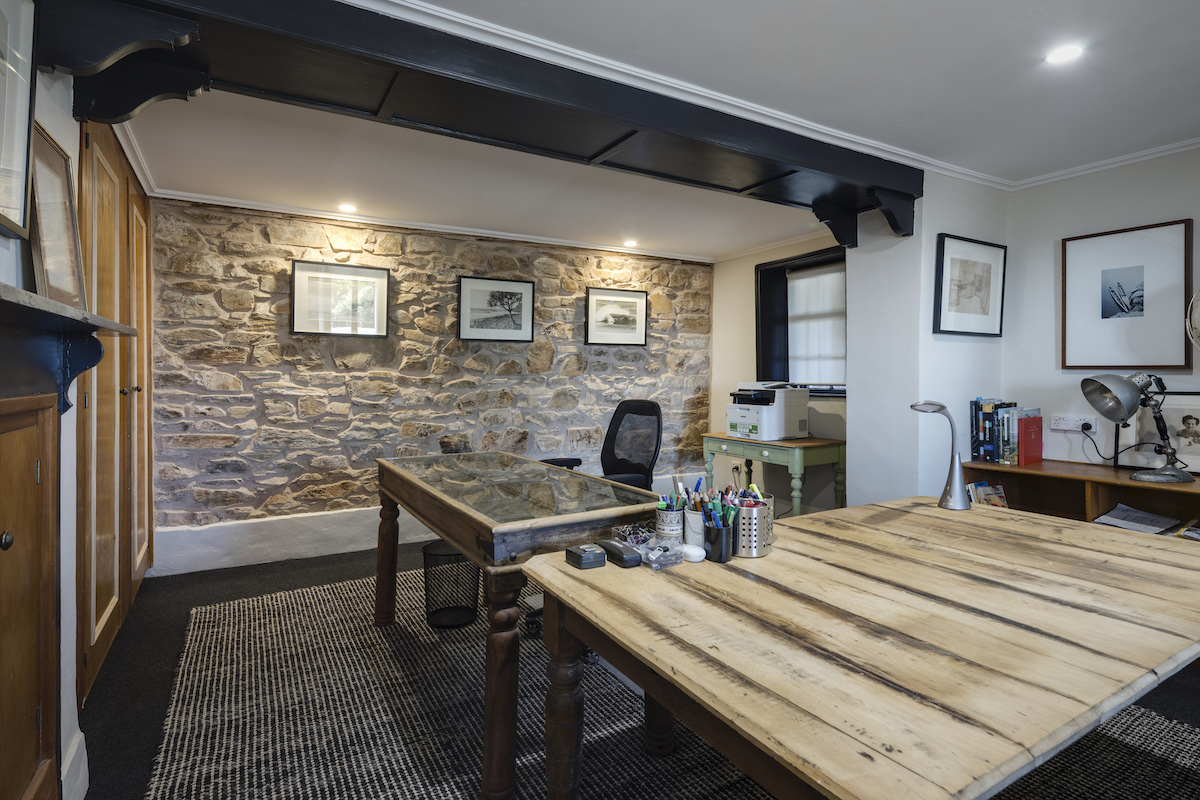 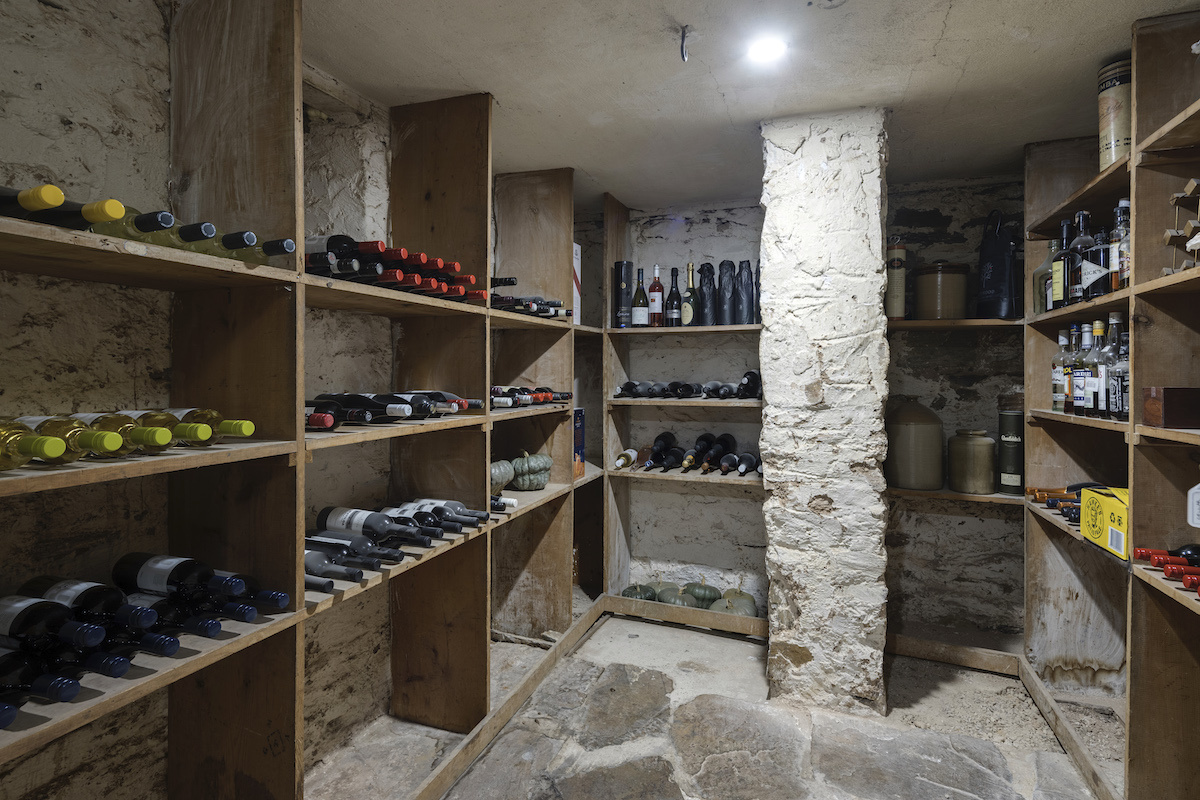 In 1842 he built the first iteration of the property, which would be extended over the years. It is said that on weekends he would invite German settlers to the house and its surrounding land for hunting parties, accompanied by music and drinking.

Gilles is most well known for being a generous benefactor to religious and charitable institutions. When the state’s coffers were low, he would donate funds from his own reserves to keep the government afloat.

Vintner Horace Vernon Pridmore purchased the Georgian-style property in 1892, increasing the property’s capacity as a winery, and lived there until 1926. Pridmore planted a major vineyard on 35 hectares and introduced European varieties.

He also added the pitched roofs, modifying it from a flat Georgian-style villa, to a grand multi-gabled Victorian style residence with a continuous balcony. 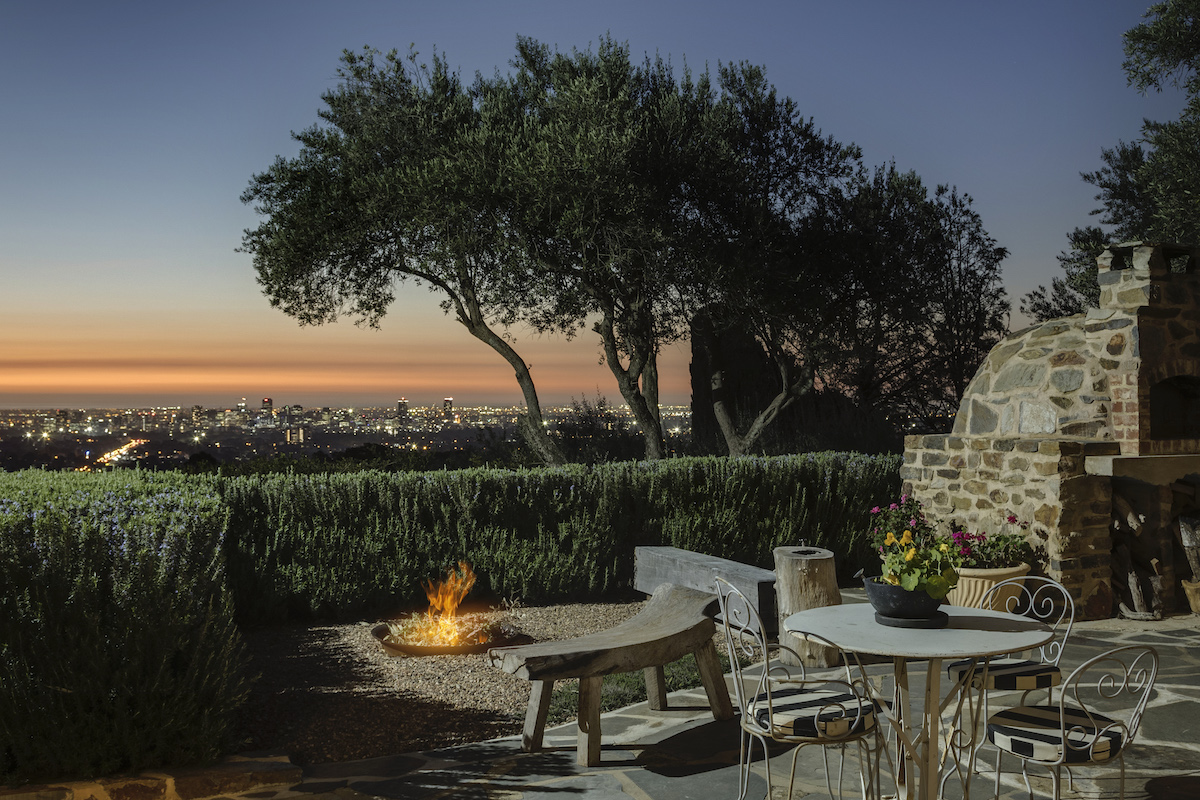 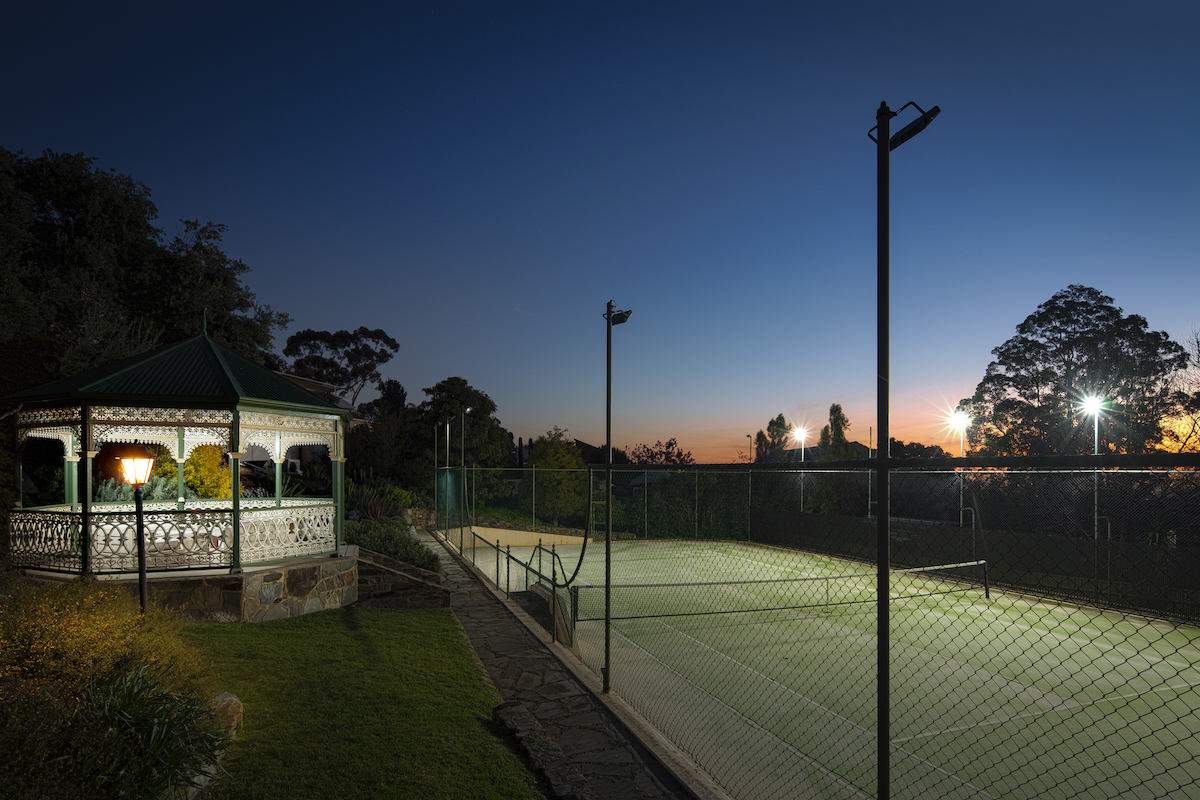 More recently, the property was owned by James and Christine Pearce from 1985 to 2016. They raised eight children on the property and added a conservatory, laundry and en suite.

Ian has successfully gained development approval for further works including a 15-metre lap pool and deck, cabana, conservatory expansion, and more – should new owners wish to add their own piece to the puzzle.

“I think once people see it – like we did – they will just fall in love with it.”

The sale is being handled by Jamie Brown of Booth and Booth Real Estate.