Driving is one of life's little luxuries and our cars can now be as opulent as our living rooms – or perhaps even more so.

One of the best definitions of luxury is something that enhances comfort or enjoyment but is not indispensable. A luxury, of course, needn’t cost much. It could be as simple as an indulgent ice cream, a silk scarf with a designer label or having the time to enjoy and appreciate a stunning sunrise. But in the world of cars, luxury rarely comes cheap.

The models selected here are six cars that most people would only ever be able to dream of owning, short of a substantial lottery win or a rather large inheritance. To buy all six would cost well over three million dollars.

If money were no object, you might start with one of the traditional and most recognisable luxury brands; one that’s been around, in one form or another, since 1906. Like most apparently British automotive brands, Rolls-Royce has been through a convoluted and confusing series of different owners. Since 2003, the brand has been owned by BMW, although the cars themselves are built in the UK.

Rolls-Royce has been using the Phantom name since 1925 and the current model is called the Phantom VIII.

The first thing you notice about the current model is its imposing size. At almost 5.8 metres long and 1.7 metres tall, it dwarfs even some SUVs — just the thing for putting the plebs in their place. Most owners will sit in the rear seats and entry is suitably theatrical through a rear-hinged door, a feature that makes ingress and egress dignified. Once seated, you take in the craftsmanship of wood and leather, deep-pile carpets and seats that adjust in almost any direction. Heritage is the prevailing theme, and even the digital-screen instruments mimic traditional dials. On the move, the silence is uncanny, thanks to an unstressed twin-turbocharged 6.75-litre V12 engine, double-glazing and 130kg of acoustic insulation to keep the day-to-day world at bay.

The Rolls-Royce Phantom feels like it will last forever (it won’t of course, because no car does) and we’ll leave you (or your accountant) to calculate the depreciation on its just-under $1 million price tag.

Another esteemed brand has been revived, this time by Mercedes-Benz. The Mercedes-Maybach S-Class aspires to Rolls-Royce levels of exclusivity, although the price tag (at just shy of $430,000) for the twin-turbo 6-litre V12 S650 is close to half that of the Rolls.

As with the Rolls-Royce, most Maybach owners will watch the world go by from the rear seat, which is probably more luxurious and better-equipped than most people’s lounge rooms. Music wafts through the cabin from a state-of-the-art sound system while an atomiser gently releases one of Maybach’s five signature fragrances.

The Maybach is 20cm longer than the Mercedes-Benz S-Class, almost all of it dedicated to back seat space. As you’d expect, every whim is catered for, right down to massaging leather reclining seats, and that mighty engine goes about its duties as subdued and discreetly as a well-trained butler.

Meanwhile, Porsche also throws its hat into the ultra-luxury ring with its accomplished and impressive Panamera.

When it first appeared in 2009, it came in for considerable criticism for its unresolved styling, so Porsche quickly responded with a new model, redesigned and re-engineered from the ground up.

The current model has the instant visual appeal of all Porsches (although nothing this large, and with four doors, can emulate the revered 911). It’s a sedan that makes no secret of its sports car heritage. With an additional 30mm in the wheelbase, the rear seats are no longer as cramped as they were, but unlike the Rolls-Royce and Maybach, the Panamera will mostly be driven by owners (other than in China, of course, where luxury is always about being chauffeured).

The Panamera behaves like a sporting thoroughbred, hitting 100km/h in as little as 3.6 seconds before cantering on to a top speed of 306km/h. It truly is an autobahn express.

The interior feels properly special, too, with a really appealing instrument and control layout that manages the difficult trick of being both sporty and luxurious at the same time.

You can slide behind the wheel of a lower-spec Panamera for as little as $220,000 (plus substantial on-road costs) but if money is no object, almost $400,000 puts the 4-litre turbo all-wheel-drive model in your driveway. Or, for those wanting opulence without guilt, $470,000 buys the 4-litre Turbo S E-Hybrid model.

Another thoroughbred, this one with an Italian heritage, is the stunning Maserati Quattroporte. At the upper end of its range, the Quattroporte has a muscular, spectacular 3.8-litre twin turbo V8.

This beautifully designed and appointed super saloon can be yours for about two lattes less than $300,000 (although Quattroportes start from $210,000), but don’t order coffee yet, because on-road costs, various taxes and other imposts, but most of all options, will take the price far higher.

One of the best luxury saloons some decades ago was the Jaguar XJ. It brought new levels of sophistication, handling and performance to a category that was often poorly served in these areas. And in typical Jaguar fashion, it did so at a bargain price.

The current XJ series arrived in 2009. It offers a genuine alternative to the German luxury brands, and the host of other Johnny-come-latelies.

The big Jaguar is powered by a 5-litre supercharged V8 petrol engine. It sprints to 100km/h in less than five seconds and, like Jaguars of old, does so in a completely unflustered, undramatic fashion.

When the XJ launched, the interior gave a nodding acknowledgement to the styling of the past, without in any way looking dated. The steering wheel is slim under the fingers and the dashboard curves around in a way more akin to a high-class speedboat than a modern luxury car. It’s all done with typically British good taste.

And the value? Like all things luxurious, it’s relative. Prices start at around $215,000 but the 5-litre luxury variant is a tad under $310,000, and just over for the more sporting model.

The BMW 7 Series is the flagship of the BMW range and competes head-on with the Mercedes-Benz S-Class.

The first thing you notice about the new model is that its grille keeps getting bigger and bigger. Every time you see the car, that huge schnozz hijacks your attention and holds it. Otherwise, the big BMW is a tauter design, and inside it delivers the Teutonic interpretation of unfettered, unsparing luxury and technological inspiration. There are more Nappa leather options to choose from, and the extended quilting option lifts things up another notch.

The biggest BMW gets more sound insulation, more noise damping, air suspension and, when the top-of-the-line $378,900 M760Li is your choice, the 6.6-litre V12 that could be mistaken for an electric powerplant, so silent is it in operation.

Of course, there are so many more luxury models to consider: Audi, Bentley, Lexus, and Tesla to name just a few. And other brands such as Genesis and Infiniti are also offering luxury, at a much lower price point.

Isn’t driving one of life’s little luxuries? Go ahead. Indulge yourself. 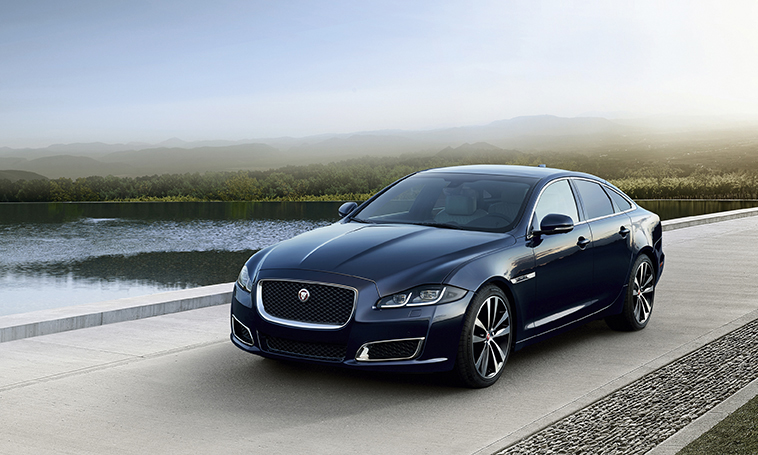 This article first appeared in the September 2019 issue of SALIFE magazine.