Taking to the skies for the past 60 years, in a plane he built himself, South Australia’s own daredevil is showing no signs of coming in to land.

Learning to fly when he was 21, Chris has spent the past 60 years as one of Australia’s most celebrated aerobatics pilots.

All eyes are skyward as the Super Stinker zooms across the blue, upside down, above the Murray Bridge Aerodrome, a flash of red amongst the scattered clouds.

Normally, an air show by South Australian aerobatics pilot Chris Sperou would attract thousands of people but, today, he performs for a crowd of three. A global pandemic may have put a dampener on Chris’ usual crowd numbers but his bag of tricks is just as spectacular as if the aerodrome grounds were full.

After 60 years as one of Australia’s top aviation daredevils, it comes as no surprise that Chris loves to put on a show.

Growing up in Thevenard near Ceduna on the state’s west coast, Chris’s future seemed destined for the seas, not the skies. Fishing was the family trade and Chris was expected to follow in his father’s and uncle’s footsteps. However, his thoughts were elsewhere.

At school, a young Chris would wag lessons and pedal his bicycle furiously out to the Ceduna aerodrome to catch a glimpse of visiting military aircraft, only to catch a good caning from the headmaster upon his return.

“When I was a kid, I wanted to join the Air Force but my dad wouldn’t sign the papers. So, I said bugger it, I’m leaving school and becoming a fisherman,” he says.

Moving to Adelaide in 1956, Chris waited until he was 21 and went straight out to Parafield’s Royal Aero Club and booked a flight on a de Havilland Chipmunk.

“I loved it,” he says. “Flying just felt natural. I hated having to fly with an instructor, so I went solo within a very short space of time. They told me I had to practise stalls and turns but I used to go out and practise aerobatics.”

By 1960, the keen young pilot was grabbing plenty of attention with his eye-catching stunts. Winning every local aerobatics competition, Chris was asked to represent the state in the national titles and then Australia — a huge honour.

Before a competition, a fanatical training regime would commence.

“I’d come out here in a camper van and run up and down the strip and fly about six training flights a day,” Chris says. “I was dead keen. I gave up booze, gave up smoking, socialising and women; gave up everything.

“If you want to be a champion, you just have to put your whole soul into it.”

Between 1968 and 1987, Chris dominated the Australian aerobatics scene, winning the National Aerobatics Championship an astonishing 13 times.

He also competed in five World Aerobatic Championships, taking to the skies in France, the UK and enduring some hairy moments in the 1976 competition in Kiev. Warned to adhere to a strict flight corridor, competitors had been told they could face a hostile reception if they strayed outside the strict borders of the competition “box”. Training right on the border of Hungary and Austria, Chris says they got an emergency radio call to inform them a fast-moving aircraft was bearing down on their location.

“The Russians had a MIG fighter and they came chasing us down. We got out of there pretty quick,” he says, with a chuckle.

In the late 1980s, with multiple titles to his name, Chris gave up competition flying but found himself in demand as a movie stunt pilot.

Soon, Chris was starring in documentaries and films including Kangaroo Jack, and even dressing up as William Hurt’s character’s girlfriend for a scene in Until The End of the World.

Up in the air with the world beneath him, Chris says he feels as though he slips into another dimension.

“Everything on terra firma is purged, gone,” he says. “I’m concentrating entirely on what I’m doing. I get a real kick out of it.” 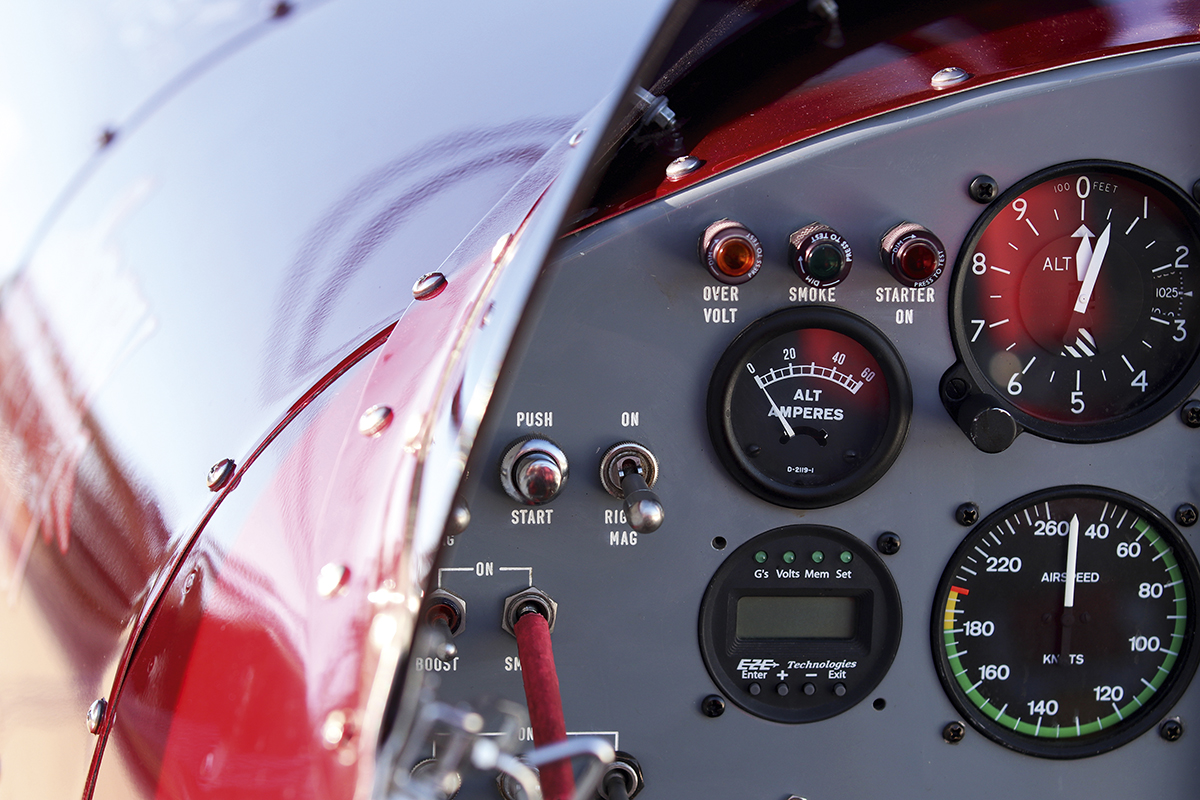 These days, it’s South Australian crowds getting a kick out of their own homegrown flying ace. For forty years, Chris has flown at air shows and events around the country, returning to his hometown of Ceduna to perform at Oysterfest each year since 1990.

In 2015, he was awarded an Order of Australia for services to aerobatic flying, which he described as a “nice surprise”, despite flying countless hours without payment for charities and fundraising events.

Standing amongst the crowds as Chris and the Super Stinker perform is quite the experience. Mouths drop open, gasps are audible and sometimes, as the plane stalls and dives to terrifyingly low levels, onlookers duck, preparing for the crash. Inevitably, debate about his age begins.

“Did you know he’s eighty-bloody-four?” exclaims one visitor at this year’s Bay Escape festival in Port MacDonnell, while another declares “Nope, he’s in his 70s”.

In fact, Chris is 81 years old. Performing an aerobatics stunt show at the same age some are getting their driver’s licences revoked prompts more than a few raised eyebrows and pointed queries.

The question of retirement Chris deftly fields with a nod to his own aviation heroes.

“Bob Hoover died in his nineties and was still doing aerobatics in a twin-engine aircraft and landing with both engines shut down,” he says.

“I’m still ahead of the aeroplane. Until something comes up and I think “what do I have to do”, that’s when I’ll give it away.”

Inevitably, peppered throughout Chris’ stories come the losses of good friends and colleagues who have died in air crashes.

He’s got his own stock of what he refers to as “mishaps”. The most serious occurred in Darwin in 1976, when Chris was flying a friend’s plane and the rudder cable snapped.

“Suddenly, the rudder pedal went flat, bang to the floor and I thought to myself, ‘well I haven’t got any brakes or rudder authority, I’ll fly over Fanny Bay and I’ll jump’,” he says.

As emergency services raced to the scene, Chris remembered the crocodiles and stingers the bay was famous for and swiftly changed his mind.

Wrapping the loose cable around his hand, he managed to land the plane, albeit with the plane’s propeller jammed firmly into the runway and tail end sticking in the air. Chris grins as he recalls the face of the furious airfield manager.

Call him foolhardy or just plain crazy but don’t call Chris lucky. His lengthy career is due to diligence, preparation and hard work. As guardian of his own safety, if conditions aren’t right, he doesn’t fly.

Building the Super Stinker from scratch, he knows the plane intimately, servicing it himself and flying it every week.

“I like flying alone,” he says. “The plane is just an extension of myself. We are a good team and we have a mutual respect for each other.”

Blue skies are beckoning, the radio operator is on standby and the Super Stinker glints in the sunshine, awaiting her partner.

This story was first published in the July 2020 issue of SALIFE magazine.