From the Spanish steps in Rome to the South Australian river port town of Goolwa, people are learning to appreciate living at a more relaxed pace.

It’s the kind of day that makes you want to be outside, surrounded by greenery, blue sky stretching out above you. At the Goolwa Community Garden, there are plenty of tasks to complete, and lots of hands to help.

There are no leaders — everyone pitches in as instructions are called out every so often by someone who spots a chore that needs to be done.

Today, pruning, watering and planting are on the list, but there’s time to stop for a break when the call for morning tea comes.

Some of the volunteers are long-time residents of Goolwa, but many are not. The garden is a way for them to connect to a community that hasn’t always been theirs.

Angela Nesci, a former social worker, has been part of the garden for as long as she’s lived in the town — nearly three years. “I feel like I’ve landed on my feet. It’s everything that’s important to me; community, environment and food. It’s all here,” Angela says.

The benefits of gardening are well-known, but those benefits double when you throw into the mix a sense of belonging.

Most importantly, what the group gives each member is the ability to slow down. The opportunity to appreciate the process of planting something in the earth, watering and nourishing it and gradually seeing it come to life.

They also have the chance to take a breath. Listen to the birds in the trees, feel the soil in their hands and admire the literal fruits of their labours.

Everyone has a different background and story to tell, but the thread that runs between each of them is Cittaslow — they are all members of the organisation that promotes better living.

The movement swept through Goolwa at a time it was needed most. It was the early 2000s and the drought had taken its toll on the river and the town. Resident Lyn Clark led a small group who were looking for a community model they could transfer to their town to lift spirits. She heard about a movement that was sweeping across Europe: Cittaslow — literally “slow city”.

The idea was born in Italy, a country that famously revels in the slowness of life, when protests were made about a McDonald’s proposed at the foot of the Spanish Steps in Rome. In the end, the fast food chain won and to this day still stands, but it prompted a re-think of the way people were living their lives.

The Mayor of Greve in Tuscany organised a meeting to develop a charter that would promote the traditional ways of growing, preparing and enjoying food; a way of life that doesn’t appear over the counter in two minutes.

It’s an idea perfectly suited to Goolwa, which appreciates a more traditional way of living. The call of the steam train is a familiar background noise in the town, and the paddle steamer is part of the furniture.

There’s a laziness to the town that many South Australians call their favourite holiday spot that made it the perfect place to introduce the concept of Cittaslow to Australia.

Current Goolwa Cittaslow president Christine Putland says the focus on health is too often ill health. But what Cittaslow does is create a space that nurtures wellbeing.

“In our society, when people talk about health, they’re actually talking about illness, about ill health,” Christine says.

“They think immediately of hospitals and services — of all the problem things like smoking or drinking too much. It’s all about the deficits, rather than the positives.

“When people talk about a wellbeing focus, it’s switching that to thinking about what creates health.”

Christine says Cittaslow isn’t about mending ill health, but providing a blanket of wellbeing. “It basically creates an environment in which people can be well and can help themselves to be well.

“You create a community in which people have the sense that there are people they can turn to if they need help, support, resources and information so they don’t feel as isolated. There’s so much research now about isolation and lack of social support being one of the factors that determines morbidity, mortality and health into old age.”

Cittaslow Goolwa are known for their events that celebrate community togetherness.

The Smoke Off Festival features the hotly-contested Smoke Off competition — a true homage to slow food. At the Wharf is all about local food, local wine and local music. It’s the perfect excuse to pack a picnic and become acquainted with fellow townspeople.

A regular helper at Cittaslow events is Iain Langusch, who is only too happy to lend a hand to the organisation that allowed him to feel more at home when he moved to Goolwa.

On his t-shirt, Iain wears the organisation’s motto “Good things take time”. He displays that regularly while working with students from the local primary school to help their produce and dune gardens flourish.

Students grow and pick fresh fruit and vegetables for their grow free table, from which parents can take produce to use at home.

The retired science teacher has contributed to several environmental projects, including the planting of fruit trees and a rejuvenation of Jekejere Park, which features Aboriginal food and medicine plants.

Iain grew up in a country town, but lived in the city for most of his life, and returning to a smaller town with an organisation such as Cittaslow was like coming home to him. “I joined Cittaslow to meet new people,” Iain says. “For the first couple of months, I only knew my neighbours, but now it’s good to be able to wander through the shops and run into people who you know.”

Walk down Goolwa’s main street and you’ll find your way to Cittaslow corner, a building donated by council and run by volunteers who are always ready for a chat about the slow philosophy.

One of the faces you might see there is Karen Ross. She discovered the slow movement when reading the book In Praise of Slow by Carl Honore. “I was in the south of France when I found this book,” Karen says.

“I don’t know if it was because I was living a slow life at the time, but it was like synchronicity — it all fell into place. And then I went to Goolwa and Cittaslow was there. It was like magic.”

More than a decade on from the group’s conception, the volunteers manning the desk still get visitors and locals wandering in asking what the organisation is all about.

When they do get visitors, the volunteers don’t ask anything of them. It’s not about a membership drive, they genuinely just want to talk about the philosophy that has allowed them to feel more connected with the town and its fellow residents.

Karen says a little bit of slowness is good for everyone. “Slow, locally-grown food used in traditional recipes is so much better for us and the environment. You’re not refrigerating food and trucking it across the country. It’s better for people, the environment and it tastes better where it comes from.”

Cittaslow around the world

Goolwa was the first town in Australia to gain Cittaslow accreditation — followed by Yea in Victoria and Katoomba in New South Wales — but it is just one of 262 towns around the world. These are just some of the places to visit if you want to slow down.

Sitting on the plains of Puglia, Cisternino is often called one of the most beautiful small towns in Italy. A charming quality of the town is their strong passeggiata culture — an evening stroll for a chat or aperitivo. The town is famous for its butchers, who will cook your chosen cut of meat while you wait and bring it out to you. The whitewashed buildings and centuries-old town square just add to the charm. 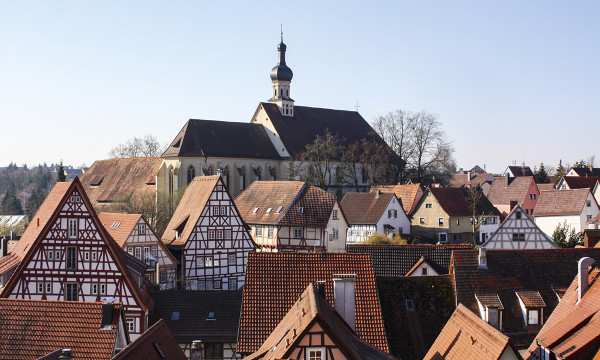 This spa town with natural mineral spring is the place to wind down. It’s one for history buffs too, with medieval monuments scattered about the town. They host festivals throughout the year and the scenic surrounds make it a hot spot for hikers, cyclists, river cruisers and tour parties.

With around 400 residents, Djupavogshreppur is a small coastal town that has three fjords cutting into the land, creating stunning scenery. It’s the perfect place to slow down, learn the rich history of the area and take it all in with a hike.

One of the biggest events in Yaxi takes advantage of their colourful landscape; the Golden Rape Flowers Tourism Festival is held in late March when the ground is covered in a blanket of yellow. The town has become so popular with visitors that villagers no longer need to travel to find work, they’re able to contribute to the local agritainment industry.

This story first appeared in the February 2020 issue of SALIFE magazine.