“It was a few words that changed my whole life”

Musician Nathan May, 25, has pioneered a mentorship program for at-risk youth in Adelaide’s north and he’s met Barack Obama – an encounter that changed his life. He’s also a proud indigenous man, descended from the Arabana and Yawuru clans, and he’s had to deal with racism his entire life – even at a recent corporate event in Adelaide where he was an invited guest. Here’s his story.

I grew up in Palmerston in the Nothern Territory with my mum, Selena, and my brother Hayden and sister Kylie. Dad wasn’t around much so when my mum went back to work in customs, I was handed over to a babysitter, who was a family friend. I was six months old.

They were the Barlow family, Muriel and Raymond, who I ended up calling Nanna and Grandpa Barlow. They had two sons, Leon and Brendon, who I called uncles. They are family to me and they’ve had an enormous impact on my life. They pretty much brought me up.

Brendon had a drum set and I remember when I was about three years old sitting down and just banging away. I loved it instantly.

The Barlows were very Christian people who attended church, so I’d go with them. They played music in the church and I just wanted to learn as much as I could about the songs and the music. All my really good memories are around music.

I loved walking over to the Barlows every Friday after school and playing cricket, football (kick to kick), dance battles – it was just a happy house full of fun. It was such a blessing being part of that family for so long.

As a kid, I loved music, fishing and playing AFL footy.

I was terrible academically and I didn’t really read or write properly until year 11. I went to Palmerston High School and, looking back, I used to muck around and just hang with my friends. I loved the social aspect of school and I was pretty popular with other students and teachers. I was also good at footy and I was told to try out for the rep teams but I never applied myself. I used to be pretty lazy actually.

I decided I really wanted to learn in year 11 and 12 so I put my head down and applied myself. Because I was so far behind the teachers recommended a community studies course, which is learning through community-based subjects. I did that through the Clontarf Foundation, which helps indigenous kids finish school and gain employment.

I caught up pretty quickly thanks largely to my mentors, who included AFL footballer Michael Mclean. He and my teacher Judith O’Hearn, who was a Paralympic gold medallist, would stay back with me until 8 or 9pm finishing off all my work because I was so behind. I do regret that I didn’t try harder in school in those early years.

I always wanted to do something with music when I left school. I really wanted to be a rock star, like Michael Jackson, but I didn’t really have any direction as a teenager.

The most pivotal moment in my life was when I met Barack Obama in 2011 when I was 17. That moment to this day has got to be one I will never forget.

We went to see Barack talk in Darwin. My teacher Judith pushed us right up to the front and I snuck into a gap and started singing out “Barack, Barack” and, bang, he came over to us.

He asked me what I wanted to do when I finished school and I said: “I don’t know”. Then he said: “You can do and be whoever you want to be.” It was a few words that changed my whole life. Something in me changed at that moment.

So, I emailed my uncle in Adelaide who was a businessman and I told him I wanted to get out of Darwin and do something with my music.

He told me about CASM, the Centre for Aboriginal Studies in Music, which has an entry program for Aboriginal and Torres Strait Islanders to the Elder Conservatorium.

I was accepted and I ended up moving to Adelaide in 2012. I moved in with family and had a lot of support to get myself set up here.

I did a three-year course at CASM, a bridging course, and I came out of it with an advanced diploma in Aboriginal music. I am now in my final year of a bachelor degree in popular music at the Elder Conservatorium.

I can’t say I’ve loved university but I’ve met so many people and it has broadened my networks and my horizons.

I also work in schools as a mentor and motivational speaker. I want to give back and help kids the way I was helped. I was so lucky with all my support and mentors.

I work with Reconciliation SA on a program called Generation of Change, which is a racism prevention program. It’s aimed at all kids from different backgrounds and I tell them my story about coming from a multicultural place like Darwin and coming to Adelaide, which I felt was more divided.

Even last year, I was in the Audi Club at Adelaide Oval because one of my family has corporate tickets, and a family friend went to the toilet and left her bag with me. I then heard the people across the table say: “Is he going to steal that bag?” I was pretty amped up but I let it go. It is so insulting.

My mum used to get in arguments with security guards all the time in department stores because they’d follow us around. It still happens to me today. I try to ignore it and just educate people when I can.

Most young kids know a lot and are really respectful but not all of them. I was performing for NAIDOC weekend in the country and I had one young kid say to me: “You’re not Australian”. I spoke to his teachers who said he’d had a pretty hard upbringing. But it still destroys you sometimes that kind of talk.

I’m also working with Relationships SA on a mentorship program I instigated. I run it with a friend of mine, Hannah Yates, and it’s basically mentoring kids through music. They are traumatised kids who’ve been through a lot. I saw a lot of domestic violence in my life so I wanted to show these kids there are places of safety.

I’m happy to talk about what I went through and how I got through it.

I worked with one young kid, he was 11 and had three younger brothers who he was basically bringing up because his mum was on drugs and drinking. I love working with kids like that and others who’ve seen bad things in their life. I teach them there’s a way out.

I won the SA Governor’s Aboriginal Young Achiever Award last year in recognition of the work I do with young kids. That was a real thrill.

2014 was the toughest time of my life. My Grandma Barlow fell and ended up with a bad infection and passed away. Losing her was the hardest thing I’ve been through.

Around that time, I got a call that one of my mates had been murdered in Melbourne.

His name was Joshua Hardy and they think it was a racially-motivated attack. He’d wanted to use someone’s phone and he ended up being attacked and kicked in the head. I played basketball with him when we were younger. He was a great bloke and studying an arts degree. It is such a waste.

After that, I just threw myself into my music and got a grant to release my first EP, Reflections. 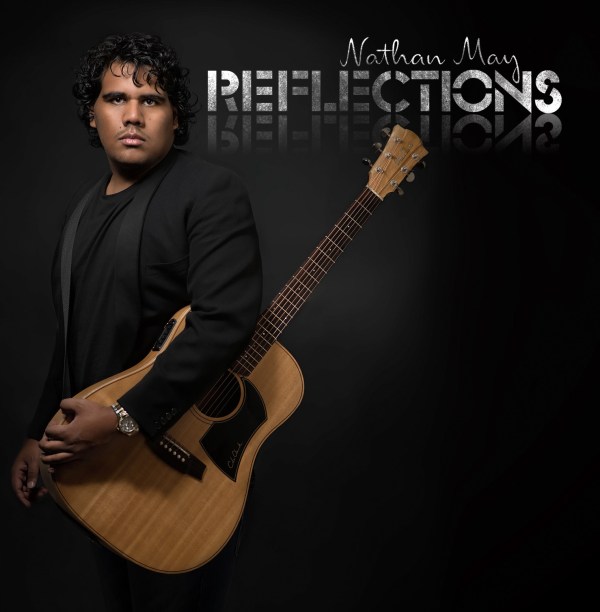 I also learnt how to play guitar and I started doing Fringe festival shows, and playing at private and corporate events such as the South Australia Music Awards Night, Adelaide Open Tennis and the Adelaide Guitar Festival. I’d say things took off more for me musically from 2016.

The easiest way to describe my style is a mix of folk and country. I try and write songs that tell a story.

Music is a massive part of my culture, as we tell our stories through our songs. Singing and dancing has been a part of my DNA for hundreds of years.

Music has made me a better person and taught me how to be myself in many ways, and to be brave and do what I love.

I have a great girlfriend Demi Giakoumis, she’s a social worker. We met a few years ago at a reconciliation gig. We understand each other and she makes me laugh a lot. She is such a kind human being.

My hopes and dreams are just to get my music out there, and to be able to make a real career out of it. I’d also love to tour the world one day.

I’m looking forward to a long, healthy and happy life. I feel like my life has not even started yet in many ways.

Nathan May will perform his show Lost in the Dream at Tandanya National Aboriginal Cultural Institute on Saturday February 22 as part of the Adelaide Fringe.

My South Australian Life is a new first-person series, published each Sunday.