New growth at The Cedars

There’s a fine balance between history and development and, in the Adelaide Hills, Tori Dixon-Whittle has mastered it at the stunning Cedars. 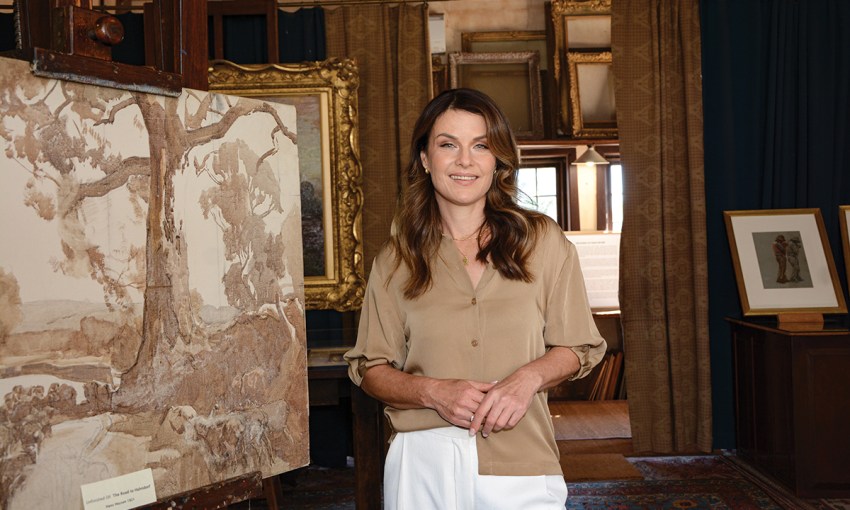 Tori Dixon Whittle, pictured in Hans Heysen’s studio, is leading a reinvigoration of The Cedars.

On an early autumn morning at The Cedars, the grass is coated in a cool dew that bounces up from the blades with each step.

Hahndorf’s main street is beginning to turn orange but, not far away at the home of renowned artist Hans Heysen, the scenes are still rich green.

The garden is filled with more than 300 rose bushes, some planted as early as the 1920s – many of which are varieties of the old French Bourbon roses Heysen brought back from the Hahndorf Cemetery.

In the meandering garden, you wander past aquilegia, the fluffy petals of scabiosa, purple spears of delphiniums, stunning dahlias and vibrant poppies. The path takes visitors to an array of spaces that each feel unique, yet part of the whole.

Of course, there’s the property’s namesake: the 1870s-planted cedar trees that border the home. There are also birches, Portuguese laurels, oaks and English elms that provide a shady spot to sit.

A serene place to wander, the garden was also the inspiration for many of the German-born artist’s works. Heysen is well known for his depictions of the Flinders Ranges, but many of his works were stimulated closer to home.

Strolling through the main house, The Cedars’ chief executive officer Tori Dixon-Whittle points out a piece hanging above the fireplace. Heysen painted the extravagant blooms and vibrant fruit for his wife Sally.

Tori says Russian ballerina Anna Pavlova was so taken by it, she once wrote Heysen a blank cheque when she visited the home. However, having painted it for Sally, he declined to part with the work, instead offering to paint her another one. Heysen sent her a similar piece but, upon receiving it, she refused the painting.

“I just love that everything you see here has a story to it,” Tori says.

When Tori took on the role, she dove right into telling those stories, photographing pieces she saw around the home, posting to social media and outlining the histories.

Tori calls the Heysen family “the original environmentalists”. They never discarded anything that could be useful, even ironing the brown paper from mailed packages so it could be reused.

Everything was packed up carefully and stored in the attic, drawers or cellar, creating a century-long time capsule outlining the social history of one family. Alongside curator Allan Campbell, volunteers from the Hans Heysen Foundation meticulously comb through every piece, documenting it all.

Of course, the centrepieces of the collection remain Heysen’s works, 20,000 of which were painted in his purpose-built studio on the property. Constructed of local stone, the building features large-scale translucent windows, which filter light magically through the space.

Tori tells the story of the windows being shipped from England in crates full of molasses to prevent breakage. At the docks, the crates were unloaded onto horse-drawn carts, which would make the journey from Port Adelaide, through the city and up the hill. Once the weary horses had reached their destination, they were fed the molasses.

Hans’s daughter Nora was also a renowned painter – the first woman to win the Archibald Prize – and her studio sits close to the main house.

Since Tori came on board in 2020, there’s been a shift at The Cedars. It’s gone from a relatively hidden secret, quietly cared for by passionate volunteers, to being on its way to becoming an international cultural destination. 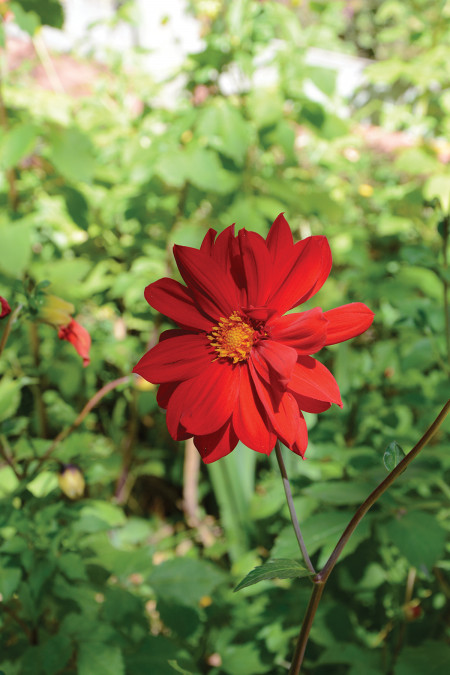 When she was asked to take up a role, Tori knew of The Cedars as a place her mother would take interstate guests, but had never been herself.

“When the seed was first planted, even before they expanded on what it was they would like me to do, I came to visit and was blown away by the potential,” Tori says.

There may have been potential, but there was a lot of work ahead.

“They were bringing people in and really delighting them with what was on offer, but it had been done on a very limited budget,” she says.

After Heysen’s death, The Cedars remained in the family until the third generation, led by Hans Heysen’s eldest grandson, Peter Heysen. In 2011, the Hans Heysen Foundation was formed and the group purchased the property from the family. 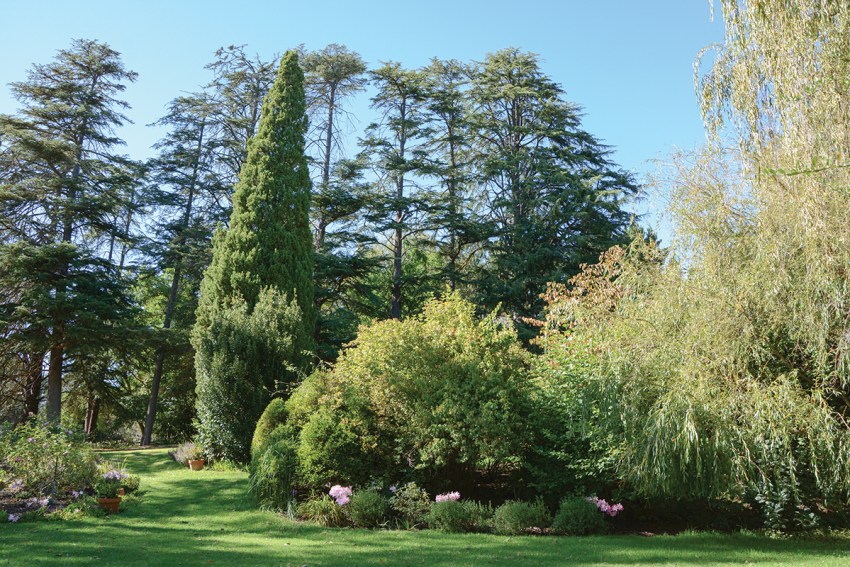 There are proposed plans for multi-million-dollar accommodation by CABN, a restaurant, retail shop and a $9 million gallery.

It’s a task that Tori hasn’t taken on lightly, but she happens to possess the perfect skillset for the job. The former actor and model has renovated more than a dozen properties, many of which are historic, including the old Middleton Mill, and she has a passion for gardening.

“I understand what it takes to look after an old building and really make it shine without losing its charm,” she says.

“I adore gardens; I’ve always had gardens of my own in all my properties. One of the first places I did up was on Melbourne Street; I dug up the old gravel car park and planted there. I also owned the old Alberton church, which had a bitumen car park that I dug up – mainly by hand myself – and planted a huge garden there.

“My passion has always been in making things flourish. I love working across the arts and business and that’s really been my history.”

Art has been part of Tori’s life for a long time – her former husband is artist David Bromley and they maintain a close relationship.

“He and I worked together for 17 years building his career, so I’m well-versed in the art world too,” she says.

Tori can see enormous potential for The Cedars. It’s currently undergoing some roof renovations and the former maid’s quarters is getting a facelift.

Walking through the garden that Heysen created, Tori notes that it’s one of the few authentic artist’s gardens still remaining. The staff and volunteers at The Cedars like to pay homage to it wherever they can, cutting blooms to display in front of the artworks in which they feature.

Tori’s favourite time in the garden is when the sun’s just beginning to go down and there’s a soft light filtering through. It’s precisely the time she can imagine hosting events – perhaps some theatre in the garden with a gin and tonic in hand.

“There’s something here for everyone; art lovers, history lovers, people wanting to spend some family time in the garden.

“It’s been nurtured for such a long time by so many people, but it’s on the cusp of reinvigoration now.”