Adelaide Hills author Pip Williams and her friends happily wrapped their arms around each other for this photo just a few weeks ago. They had hugged hello and they hugged goodbye when they parted. They had no inkling it would be the last time for a long while. 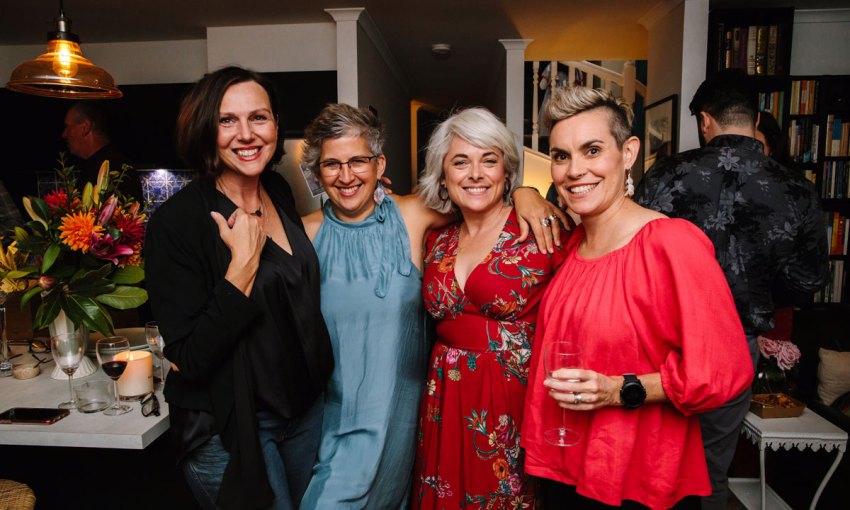 Ping. A message from Rebekah. A photo attached.

I open it, and there we are. Four friends, dressed in our best. Our arms wrapped around each other and our smiles wide. We are as close as we could be, our bodies overlapping so we all fit in the frame. We lean into each other and I remember the scent of Margie’s Chanel.

An ache in my chest. The photograph was taken less than two weeks ago. Rebekah’s daughter had just turned 21. Behind us, the room is full of people. There is barely one-and-a-half inches between us, let alone one-and-a-half metres. I remember we hugged hello, we hugged good bye. We kissed each other on the cheek. We had no idea it would be the last time, for a long time.

I look at the photo more closely. There is no sign that we are concerned. In the past 12 months we have supported each other through cancer treatment and mental health disorders, through work stress, child illness and the anxieties of teenagers completing Year 12.

We have celebrated new jobs and new kitchens and new haircuts. Each an excuse to catch up – to drink coffee or wine in good company. To share food. We used to joke about double-dipping. I find myself thinking all of this and I smile back at the image of me with my friends. And then I understand what it is I’m feeling.

Over the past few years I have been writing a book about words. It’s a fictional story, woven through the history of the Oxford English Dictionary. Many of the characters have been born in my imagination, but the words are real, and each has a story of its own – stories of loss or neglect or being superfluous to need. Stories of change and transformation. Words, like humans, respond to their environment. They adapt to make sense of it.

Nostalgia is not in my book, but it has been whispering to me for two weeks now. I read The Fragments, by Toni Jordan – the characters line up to enter a gallery, they mingle, they kiss. Nostalgia. I watch re-runs of Seinfeld – Kramer slides into the diner booth with Jerry, George and Elaine. Their bodies touch, they eat each other’s food. The waitress takes Kramer’s order and no one is using hand sanitiser. Nostalgia. I listen to a podcast from the Adelaide Writers’ Festival. I was there, just three weeks ago. When the audience claps, I realise I am one of them. We couldn’t have known how nostalgic we would become for such an experience.

Over the past few years I have spent hours at the State Library of South Australia turning the pages of leather-bound volumes of the first edition of the Oxford English Dictionary. These pages are old, the first volume was published in 1888. The words are older.

Nostalgia combines two words from ancient Greek – nóstos, meaning “return home” and álgos, meaning “pain”. It has been in the English vernacular since the late 1600s and was originally used to describe an extreme homesickness; a form of melancholia caused by prolonged absence from one’s home or country.

Joseph Banks used the word to refer to ailing sailors during the first voyage of Captain Cook. In his journal entry of September 3, 1770, he wrote: “The greatest part of them were now pretty far gone with the longing for home which the Physicians have gone so far as to esteem a disease under the name of Nostalgia.”

I know this, because it was recorded in the Oxford English Dictionary more than a hundred years ago. I once ran my finger under the definition and along the lines of quotations. I sat in the secure reading room of my State Library and marvelled that I didn’t have to wear white cotton gloves. And there it is again: nostalgia. But the way I’m feeling isn’t quite what that old dictionary describes. I am not homesick.

From the safety of my loungeroom (I never imagined I would consider a library a threat to my health), I log into the Oxford English Dictionary website. Nostalgia has evolved since Banks wrote about it. The pain of separation from what is familiar is no longer limited to sailors and soldiers, to missionaries and mercenaries. Home is no longer such a permanent thing.

Nostalgia has adapted. For a while now, we have used it to describe a feeling of longing or sentimental imagining for a period of the past, often our childhood or youth, and the dictionary now defines it so. But still, it is not quite right. The element of time does not fit.

I look at the photo again. The moment it captures is barely two weeks gone. Yes, I long to spend time with these friends again, to wrap my arms around them and be close enough to smell their perfume, but there is something poignant about the sudden loss of this possibility that adds another layer to my nostalgia.

I imagine this must be felt by people who suddenly lose the capacity to do something they have always done. Through accident, illness or detention. It is not new, but its prevalence must be increasing with each measure that curtails our lives.

Ping. An invitation to join a ZOOM catch up. And there we are, four friends, dressed in our daggiest. Hair limp and make-up-free, we each have a glass of wine and a snack of our choice – there is no double-dipping. I catch the faint smell of perfume. Nostalgia. 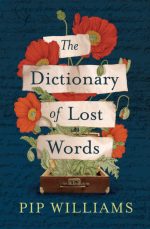