Proof of life: The Headstone Project 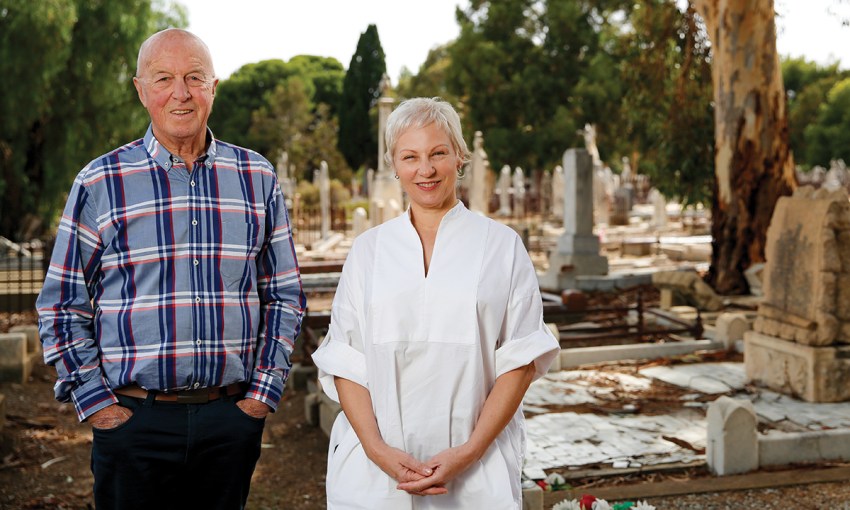 Among West Terrace Cemetery’s sea of headstones, it’s the monuments that draw your gaze. Epitaphs of names and dates with short biographies memorialise the fact that a person once lived. And yet, among the sea of headstones, there are many patches of bare earth; unmarked graves of names long forgotten.

Surprisingly, a number of these graves belong to men who served their country during the First World War, yet they are not honoured like many of their peers. These diggers returned home to a very different country to the one they left, perhaps to fall on hard times, suffering from undiagnosed post-traumatic stress and often dying young. Many were survived by families who struggled to put food on the table, let alone afford a headstone.

Today, a small group of volunteers known as The Headstone Project is undertaking a colossal detective project to locate and commemorate the final resting places of these World War I veterans across some 900 cemeteries in South Australia.

Endurance and ingenuity are two of the qualities embodied by the Anzac Spirit, and are qualities shared by the group, which has been operating in South Australia since 2017. So far in SA, the project has commemorated more than a dozen veterans with newly-made headstones and official ceremonies attended by family descendants.

The Headstone Project SA president John Brownlie says the initiative is ramping up this year, and by the end of 2021 will have held a further 30 commemoration services at Port Pirie, Port Augusta and Cheltenham. John says there could be as many as 2500 unidentified WWI diggers buried across South Australia.

“Many of these men died quite young. They came back to a period of economic uncertainty, culminating with the Great Depression. A lot of men were badly broken by what they’d been through and were suffering from what they called shell shock, but what we recognise today as PTSD.

“Very frequently, a grieving family was faced with the choice of either putting food on the table or putting a marker on a loved one’s grave, and you can understand that the welfare of the family would win every time.”

The group investigates cemeteries systematically, walking row-by-row with a burial map to identify and mark every unmarked plot. They look for men who fit a time-frame that means they would have been old enough for service in WWI and then check the National Archives to see if the person had completed military service.

When the group gets a hit, the real investigation work begins to track down a descendant. “We can’t just walk into a cemetery and erect a headstone, it’s imperative that we find the relatives. And, of course, the reason that we’re doing it is for the relatives. It’s not for us, but it is immensely satisfying on a personal level,” John says.

“We’re hoping to restore the identities of these people who were so long forgotten.”

To date, commemorations have included one at Port Pirie, where an unmarked grave was determined to belong to war veteran who had been awarded a Military Medal, and one at West Terrace Cemetery for an Indigenous soldier who fought in the infamous Battle of Messines.

The project is yet to investigate West Terrace Cemetery, but anticipates there are likely to be many there.

The Headstone Project seeks new volunteers, as well as tips from people who suspect they are related to a digger in an unmarked grave. The project also desperately needs further funding to continue their work as each headstone costs about $800 and are constructed by prisoners of Mobilong Prison at Murray Bridge.

Vice president Jane Mitta-Alderson says South Australia is particularly challenging because of the hundreds of cemeteries scattered across the vast state.

“Many of these cemeteries are in rural areas, so it’s quite a challenge, but we are determined to find them all; that’s our goal. For many of the families, it has been an emotional experience and some have been brought together by a man none of them had ever met,” says Jane.

“These soldiers have fallen through the cracks, through perhaps misadventure, illness, or mental or emotional distress and it’s just as important to recognise them as anyone else. If you look in a cemetery, you see everyone who’s got an identity, and these people are worthy of that as well.”

This story first appeared in the April 2021 issue of SALIFE magazine.