Trailblazers in their male-dominated professions, these South Australian women have broken new ground for others to follow. Diana Laidlaw tells us about the challenges she faced and how she overcame them. 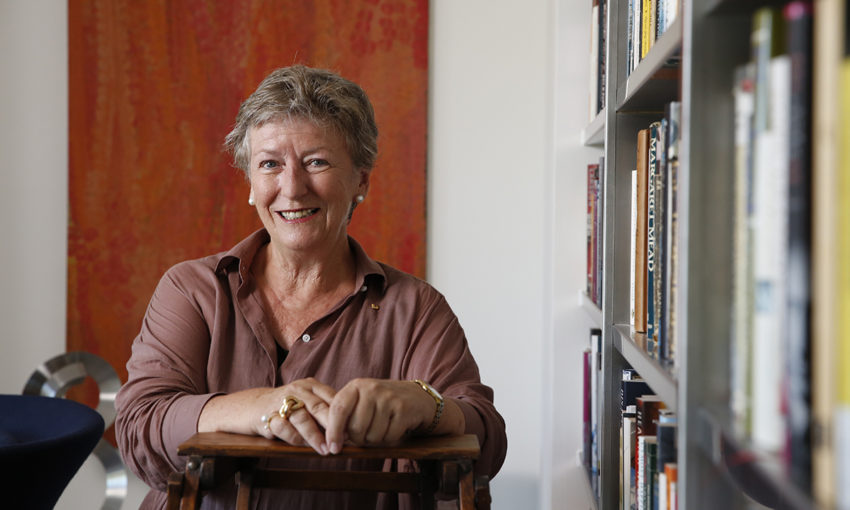 Can you give us a brief summary of your career?
In 1982, aged 33, I was elected to the South Australian Parliament – only the second Liberal woman in the Legislative Council’s 140-year history. In 1993, I was appointed Minister for Transport, the Arts and the Status of Women. Four years later, Urban Planning was added to this magnificent mix of portfolios.

I loved my job – well, most days – and for almost a decade I served continuously in all the positions to which I was first appointed, the only minister to do so. For much of my parliamentary life, the only other woman in the room was a framed portrait of Queen Elizabeth ll. I retired in June 2003 and later received an Australian Honour and an Honorary Doctorate (Flinders University) for services to South Australians through the arts and improved transport systems.

What were some of the challenges you faced early on your career?
An initial challenge was the fact both my father and grandfather were members of South Australian Parliament before me. I quickly understood that I not only had to prove to the electorate that I was a conscientious representative, but I had to prove to the men in the Parliament that I was not simply my father’s daughter.

I encountered some grubby MPs over the years. Every time, my leader listened to me and acted on my behalf. Fortunately, I never had to resort to the media for help. Maybe if that was my only option, I would have remained silent for fear I would compromise the job I loved or the career I wished to build.

The agenda for women and girls was big and their expectations for change high. Despite the best will in the world it was never going to be possible for me to fight on every front or win every argument. It always upset me when I had to tell anyone that I could not champion a cause dear to their heart.

How did you overcome these challenges?
Like many women, I have a superb “crap detector”. I also developed a thick skin. I found workspaces outside Parliament House where I was at ease, with deck chairs that unsettled the men who liked to thump a table.

I learnt early on that it was counterproductive to be angry or rude every time anyone upset me. To win any issue I would always need 50 per cent of the vote plus one … and 98 per cent of those votes would be cast by men. Over time, many men inside and outside the parliament came to be my greatest allies and advocates.

With hard work, I did enjoy some lucky breaks. But sometimes, at the end of a bad day, it was cathartic to come home, pick up a hammer and smash a tile – years later to be used in a mosaic.

What has been the most significant improvement for women in your profession during your career?
The legislation to outlaw discrimination on the basis of gender or marital status, first introduced in 1974 as a Private Members Bill by Liberal MP David Tonkin. When it was enacted in 1975, South Australia became the first Australian state to introduce Sex Discrimination Legislation.

What is still to be achieved for women in your profession?
Women have never sought what men have long enjoyed – 100 per cent presence in Parliament. But 50 per cent and above remains an elusive benchmark, and major parties are still falling short when preselecting women for safe seats. The recent success of women as independent candidates may hasten change.

What is the one piece of advice you would give young women entering professional work today?
Maintain your personal integrity, which includes ensuring you don’t do anything that you would not wish to see on the front page of the daily newspaper!

This article first appeared in the March 2022 issue of SALIFE magazine.