On the market this week is the picturesque beachside home of a veteran South Australian media identity, in one of the coast's most tightly held locations.

With panoramic views of Gulf St Vincent, this modern coastal abode at Kingston Park may trick you into thinking you’ve been transported to the Mediterranean.

That’s how local couple Terry and Marianne felt four years ago, when the renovated 1940s beach house at 18 Seaview Avenue steered them in, like a strong sea breeze.

“It was really the house that attracted us to the area,” says Terry, who forged a respected career in media.

Formerly the director of news and current affairs at Seven Network, both in Adelaide and nationally, Terry presided over the most successful news ratings period in Seven’s history. He was also one of five executives who managed the creation of the Australian Formula One Grand Prix in 1984. 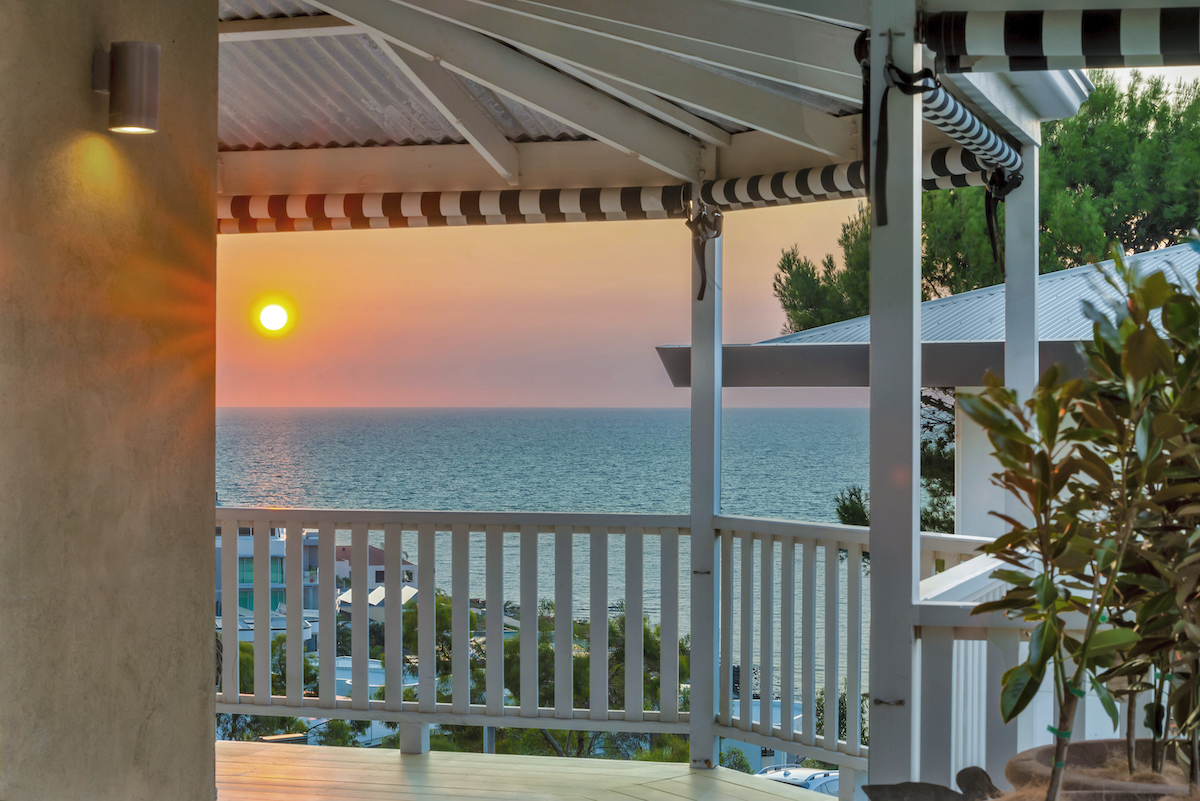 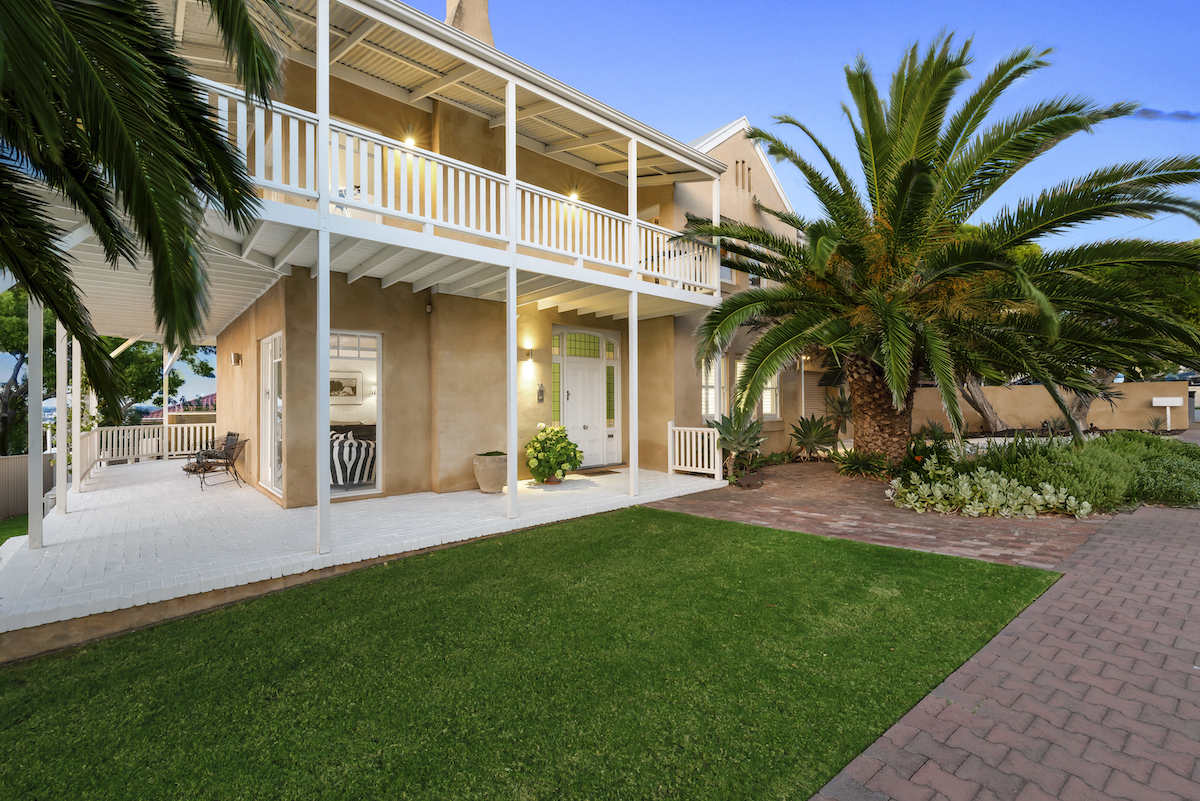 Born in Wallaroo and raised at Largs Bay, Terry says the beach has played a significant role in his life, ever since he was a youngster. He and Marianne lived on the beachfront at Tennyson for 20 years before moving to the Adelaide Hills. But that was short-lived.

“We lived in a fantastic house in the Hills, but I soon discovered that it was too far from the sea,” Terry says.

When they found 18 Seaview Avenue, it was too good an opportunity to pass up.

The original property was built in the 1940s and has since been renovated and extended into an expansive family home, capitalising on an elevated position that provides sublime ocean vistas from wrap-around balconies. 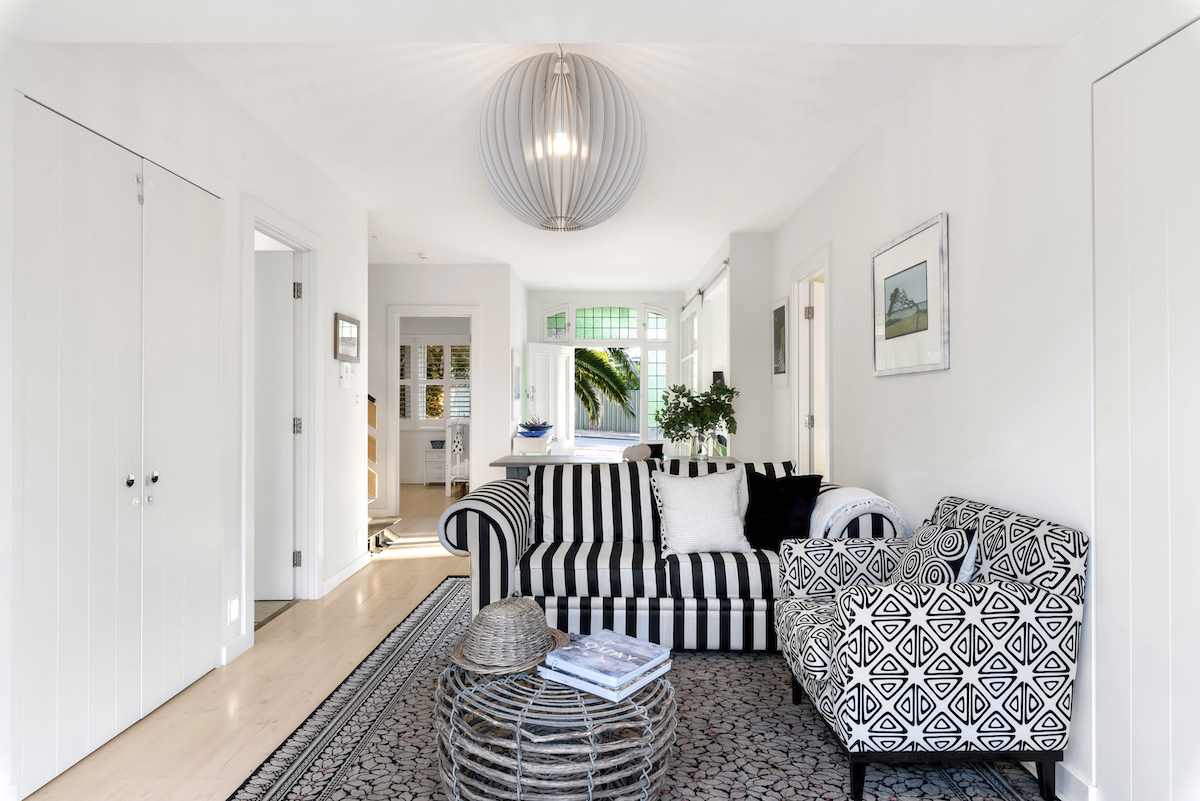 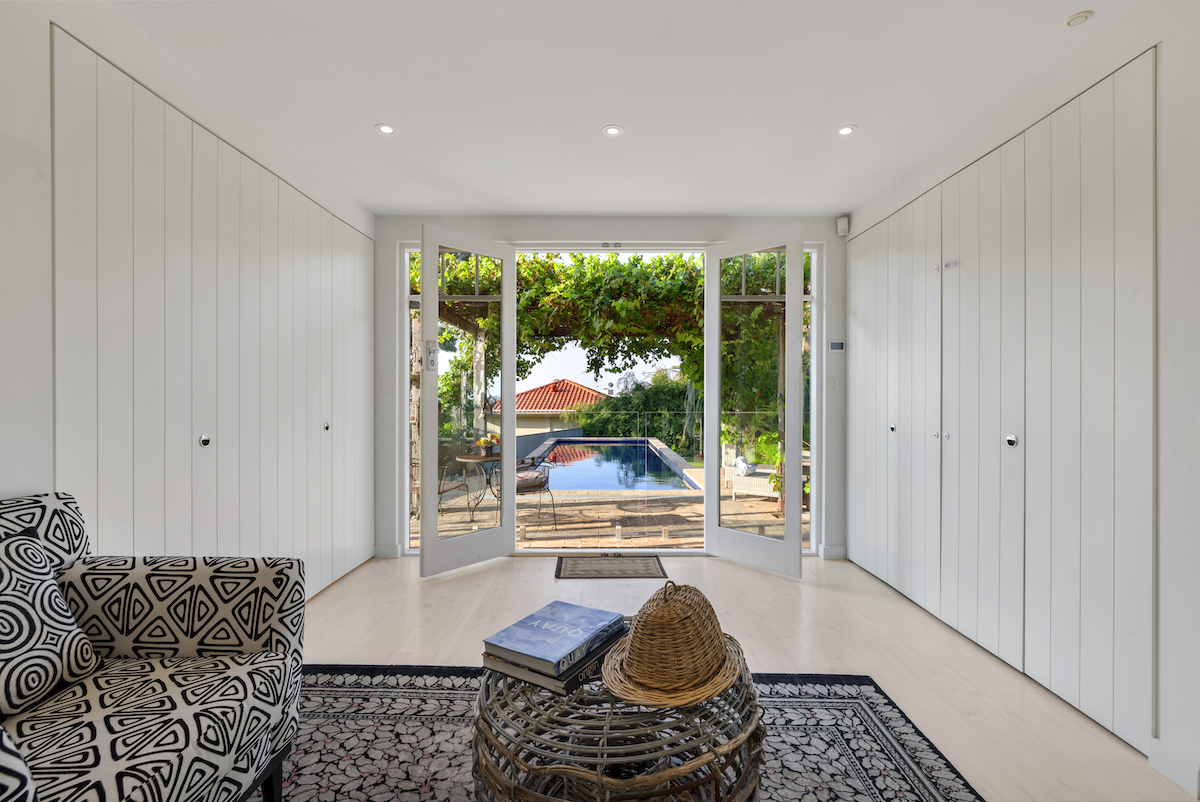 Upon entering through the front door, surrounded by leadlight windows, the impressive ground floor always garners comments from visitors. Afternoon light spills in through a lounge, which contains a period fireplace. But it’s at the top of the stairs where the property really shines.

“The view to the north just takes people’s breath away,” Terry says. “When the sun goes down you have all the sparkling lights of Brighton, Glenelg, and all the way up the coast. There’s always something to look at.”

Another breathtaking feature is the sparkling blue-tiled lap pool, which was installed by Elite Pools after Terry and Marianne moved in. They also took the opportunity to landscape the back garden at the same time, with a trellis of vines providing shade over the pool.

“It’s quite a spectacular pool, with a view of the sea from one end to the other,” Terry says.

“I like to swim for health reasons, apart from just relaxation. It’s a good place to have the family gather around. When our sons and grandson are here they love to jump in for a swim.” 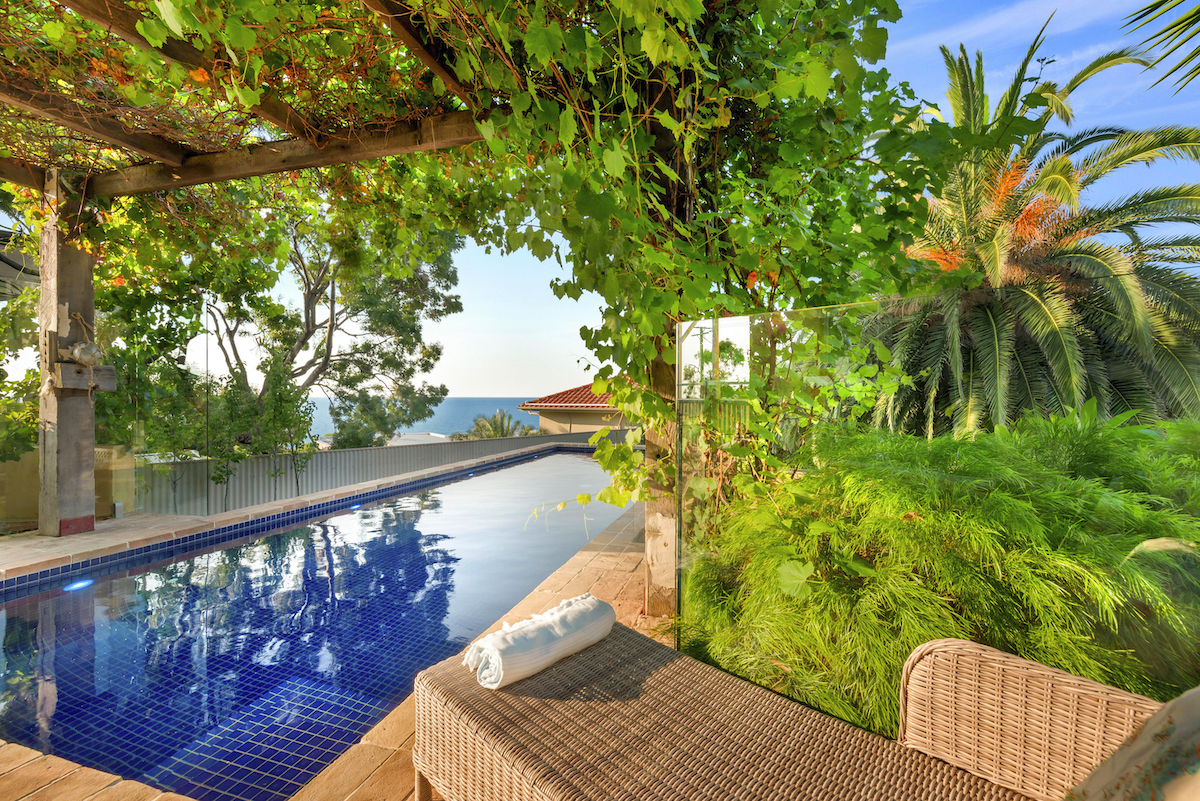 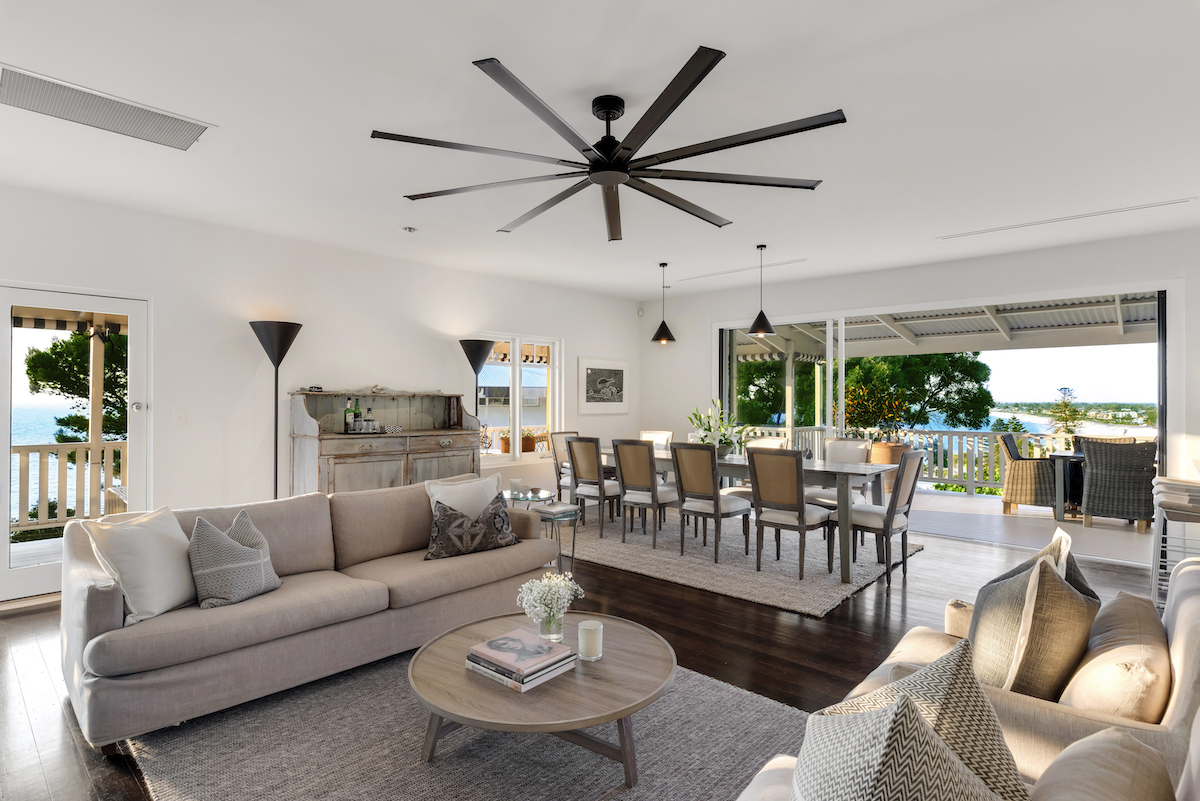 The open-plan kitchen, living and dining space is located upstairs, with an eastern wing that contains the master bedroom, en suite and dressing room.

Marianne, a chef who previously owned two restaurants and now runs catering business Nediz Food alongside her sister Genevieve, fell in love with the kitchen.

“There are some great things about the kitchen,” Terry says. “One is the aspect; you can look out over the kitchen sink to the view to the north. It also has an electric oven with a gas stove, Carrara marble benchtops and plenty of room for plating up,” Terry says.

“We also really like the interconnectivity between the kitchen and the dining area; one big space where you could be working in the kitchen but talking to people at the table.” 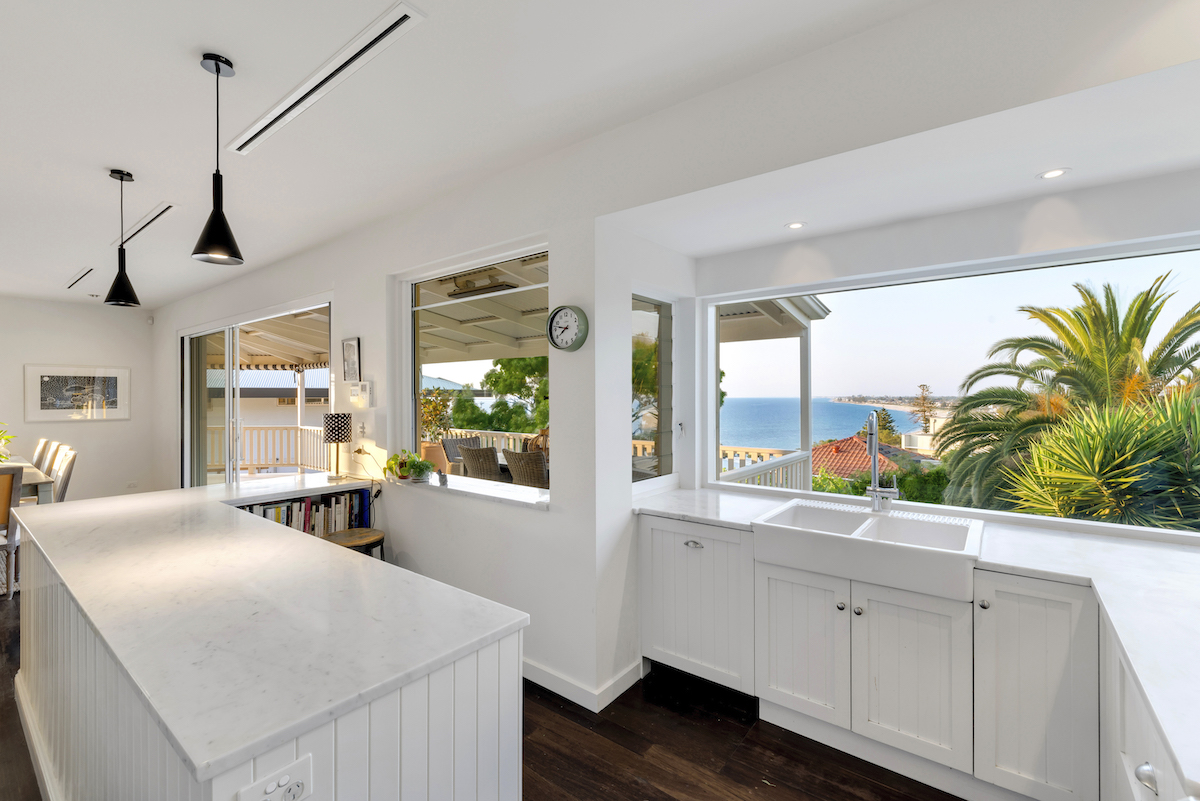 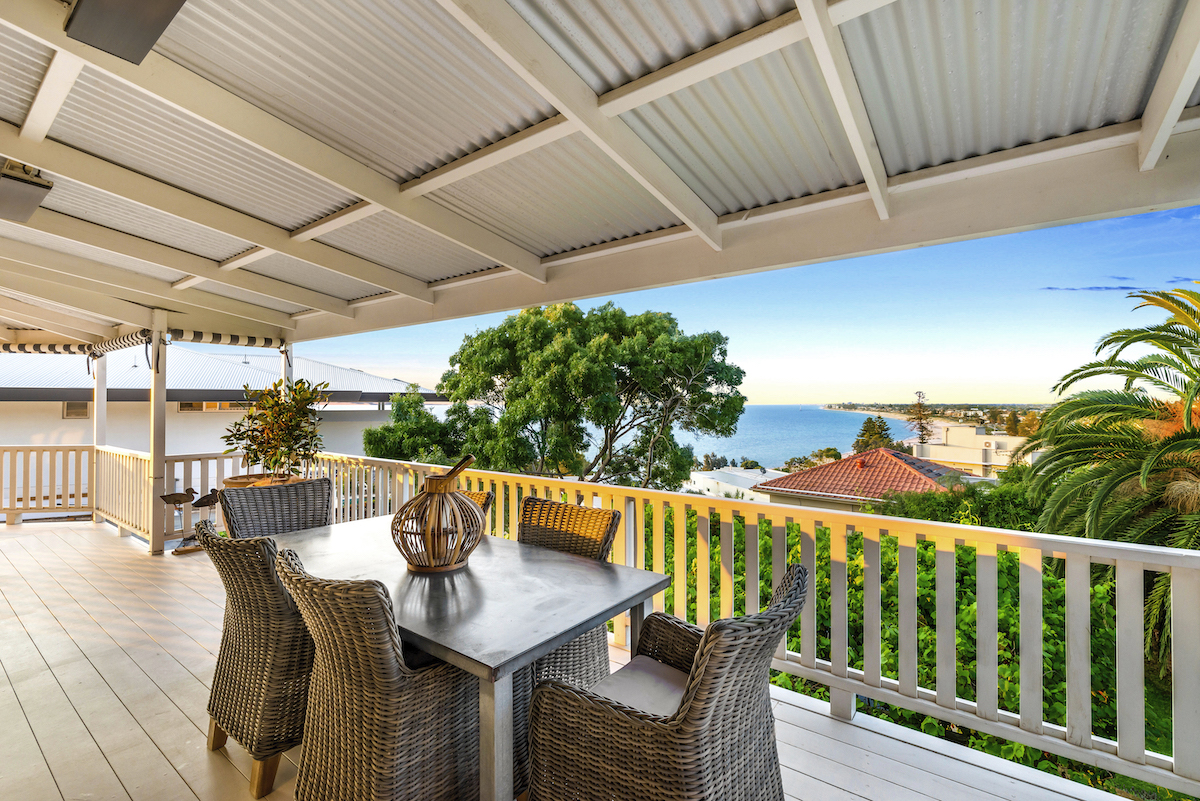 The home is a brilliant entertainer, with a deck around three sides of the house overlooking the property’s many palm trees. The west-facing deck is where Terry and Marianne enjoy a drink at sunset in their cane chairs.

“It’s absolutely ideal for a late afternoon gin and tonic looking out over the Gulf,” Terry says. To the northern side, the large deck provides a spectacular outlook and space for entertaining, flowing from the open plan living space.

Downstairs is well-equipped to host guests, with two bedrooms, another lounge, kitchenette, and bathroom with an atrium and marble floors. Another room could serve as a library or fourth bedroom.

The couple hosted a party last year, following the reception of their son’s wedding, and comfortably fit 100 people in the open upstairs living space.

Guests spilled out underneath the palm trees onto the lawns, while some gathered at tables and by the pool. “It really worked well for a good-sized party,” Terry says. 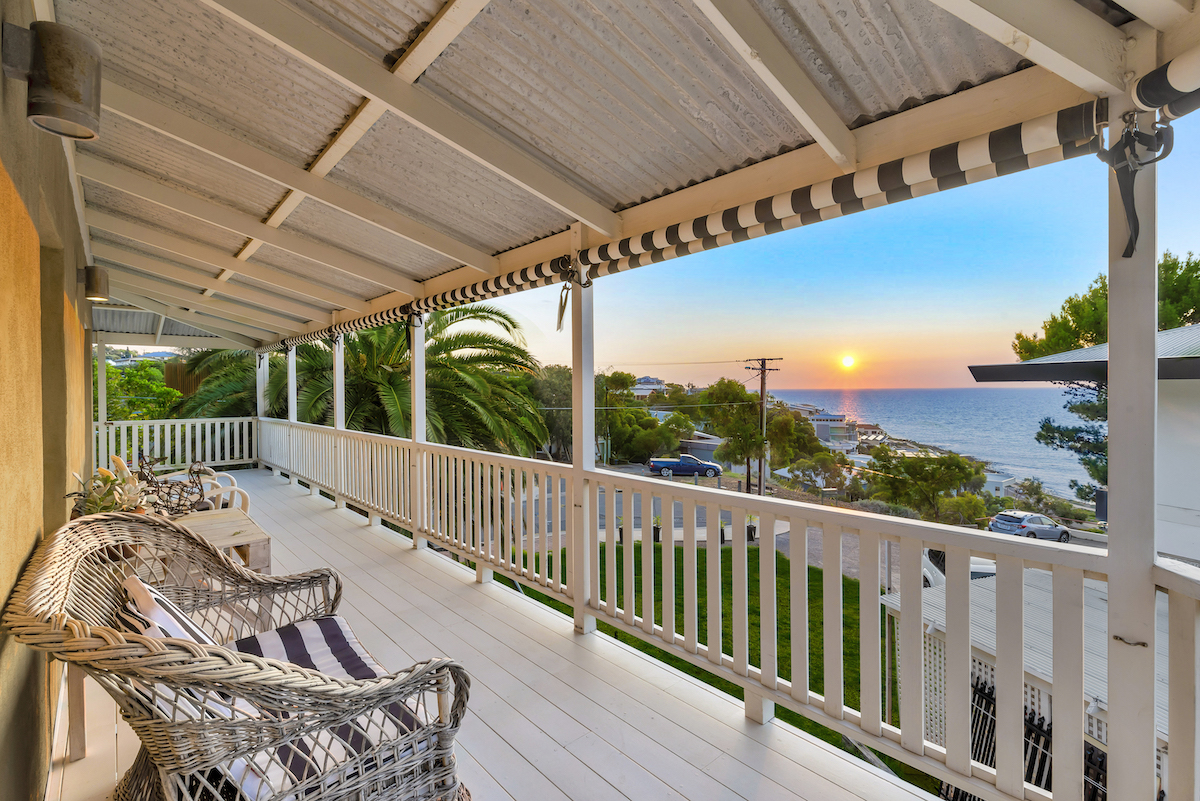 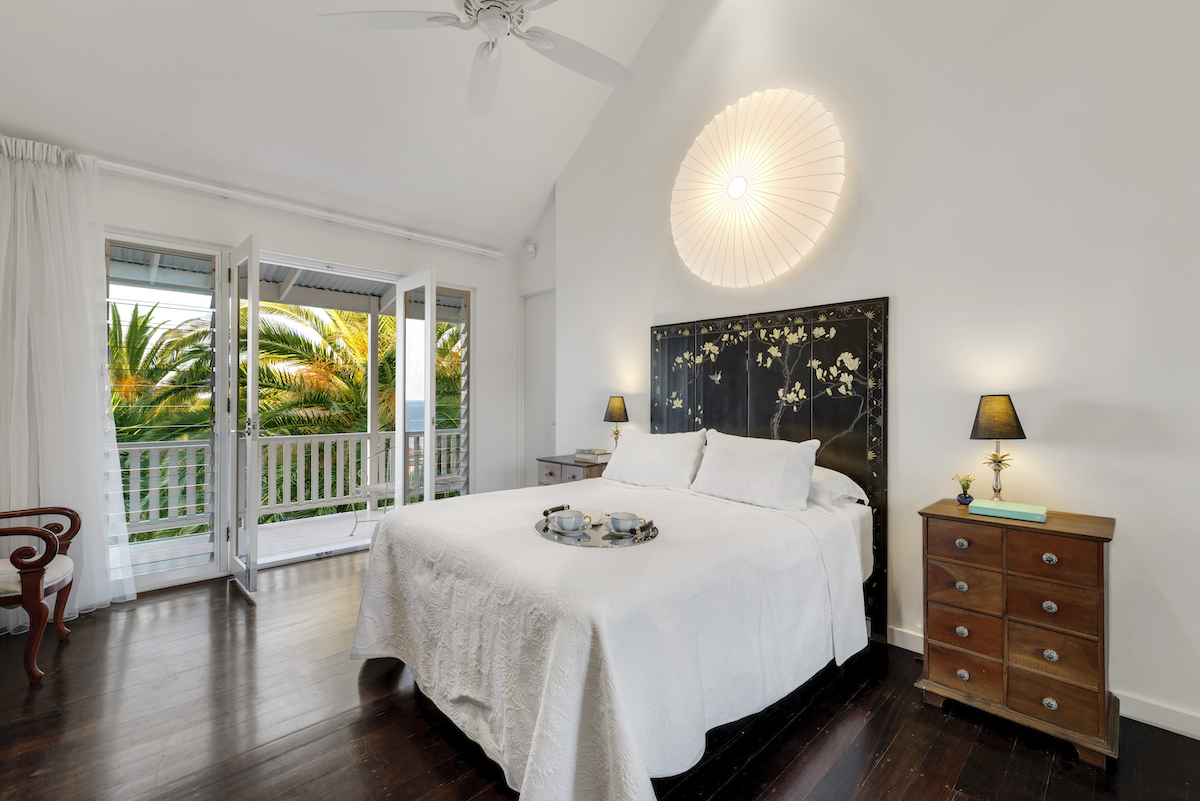 Nestled between Marino and Seacliff, Kingston Park is a small, yet coveted suburb with a history dating back to its namesake Kingston family. Nearby Kingston House is one of the state’s oldest remaining houses.

It was established by Sir George Strickland Kingston, and passed on to his son Charles Kingston, who served as Premier in the 1890s.

The home is a stone’s throw from the beach and just 17 kilometres south of Adelaide’s city centre. The Seaford railway line is just a three-minute walk away, for an efficient 30-minute commute to the CBD.

The beach here is full of life, with walkers, beach-goers and plenty of kayaks and paddleboards in summer. There are active lifesaving and sailing clubs, with a boat ramp, all contributing to a healthy local community. 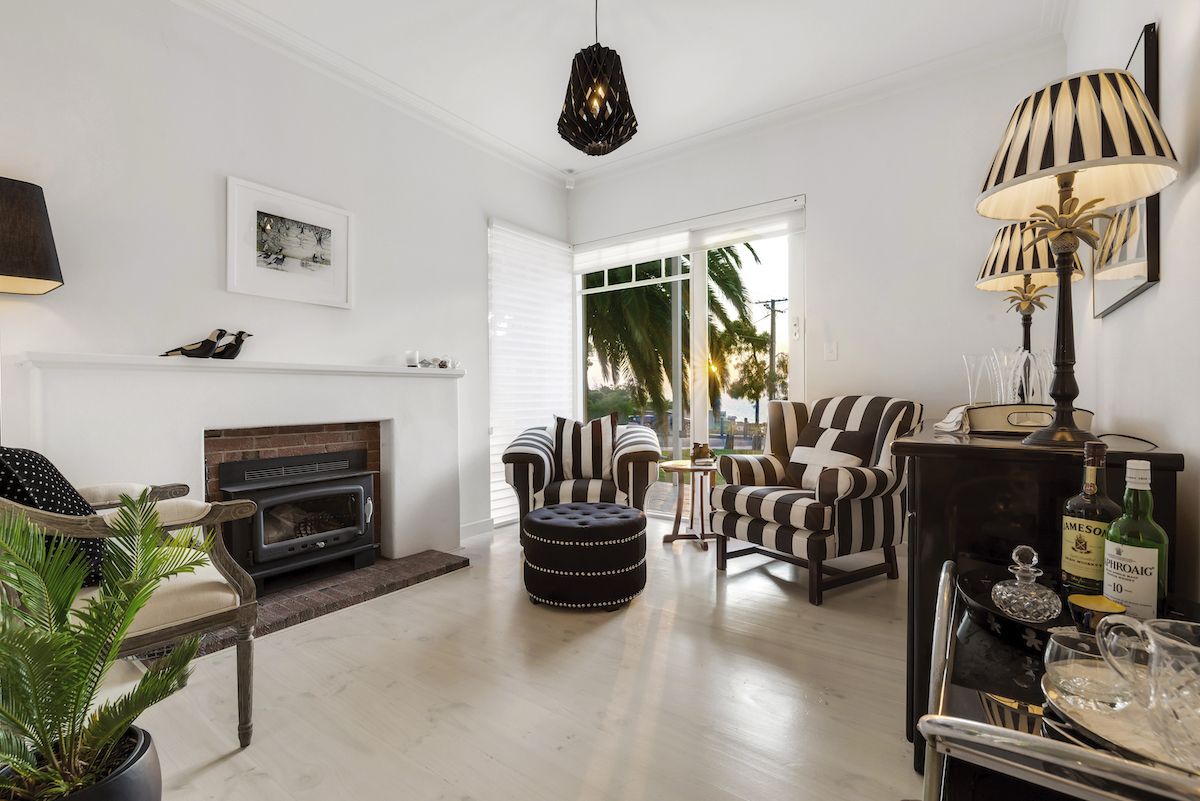 Today, the couple is looking to downsize into a single-storey home — hopefully still near the beach — with the aim to travel more in the coming years.

“Right now, we’re wondering where the next phase of our lives will be. We’ve been fortunate to live in quite a few fabulous locations; each move is a new adventure and that’s how we’re approaching the next move,” Terry says.

The sale is being handled by Rhys Gebethner of Williams Property. 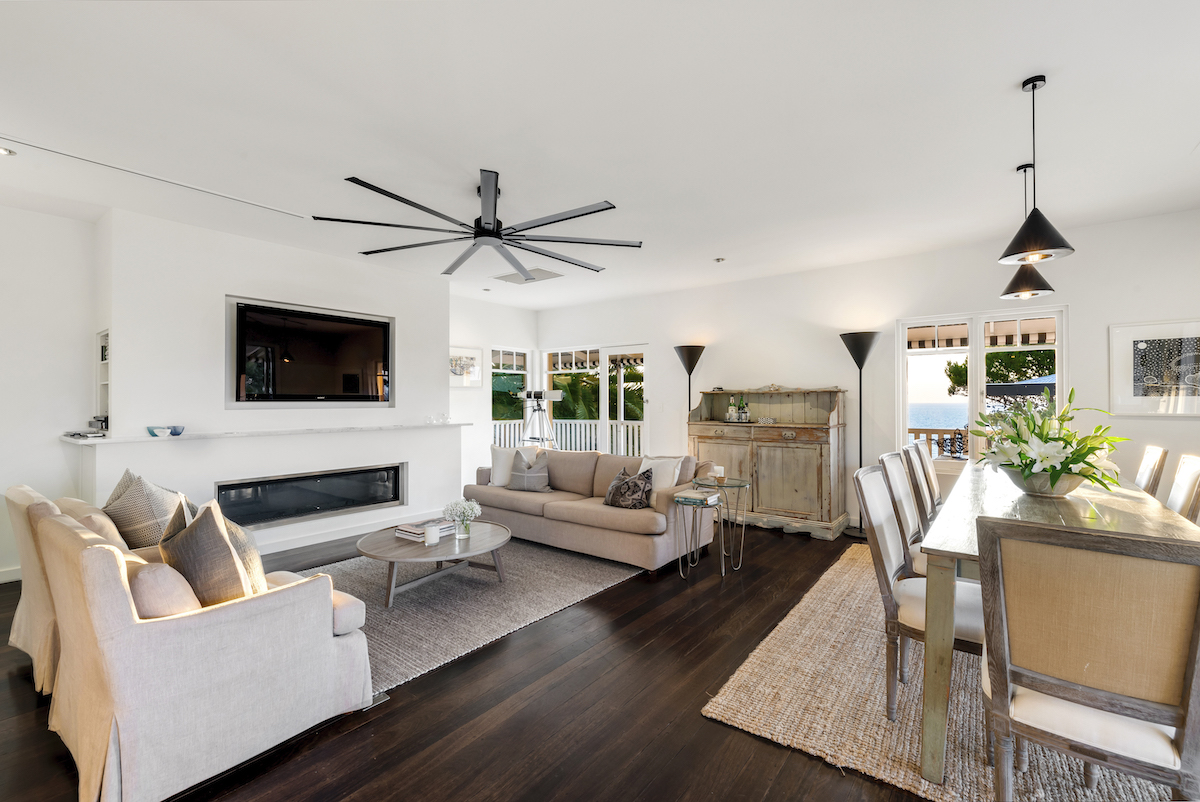 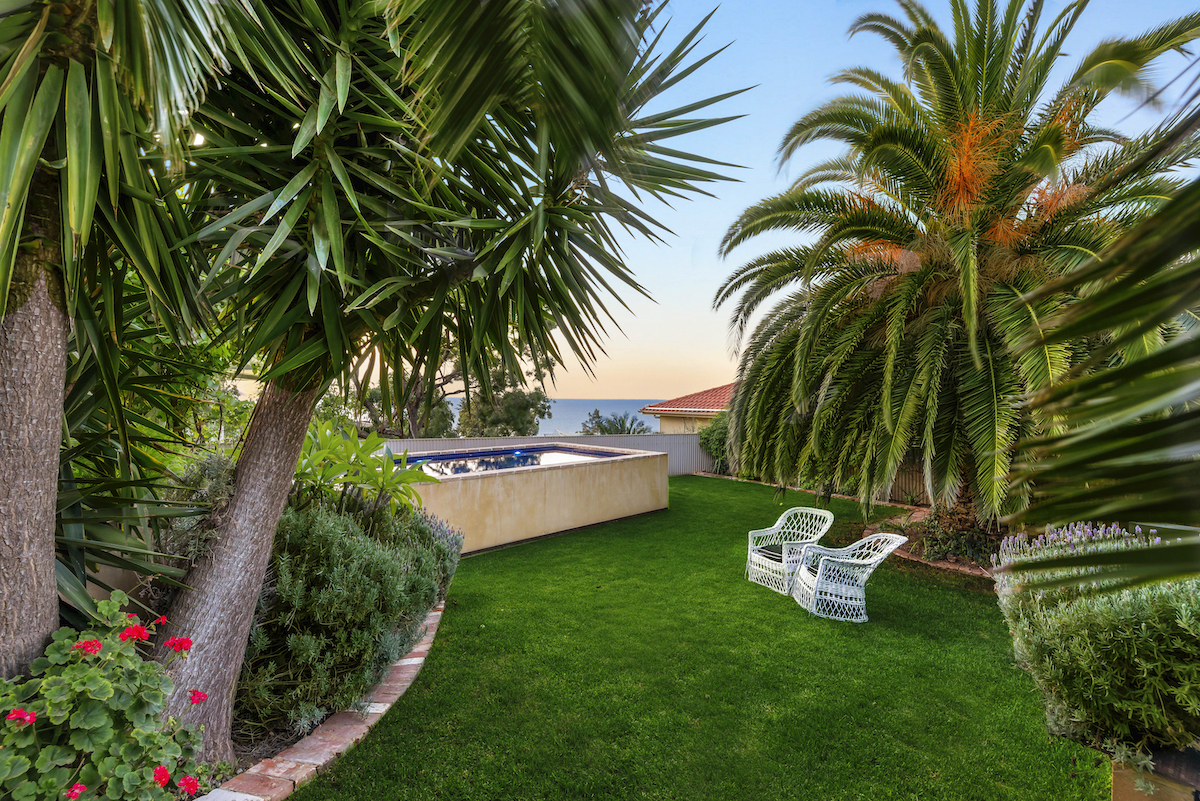 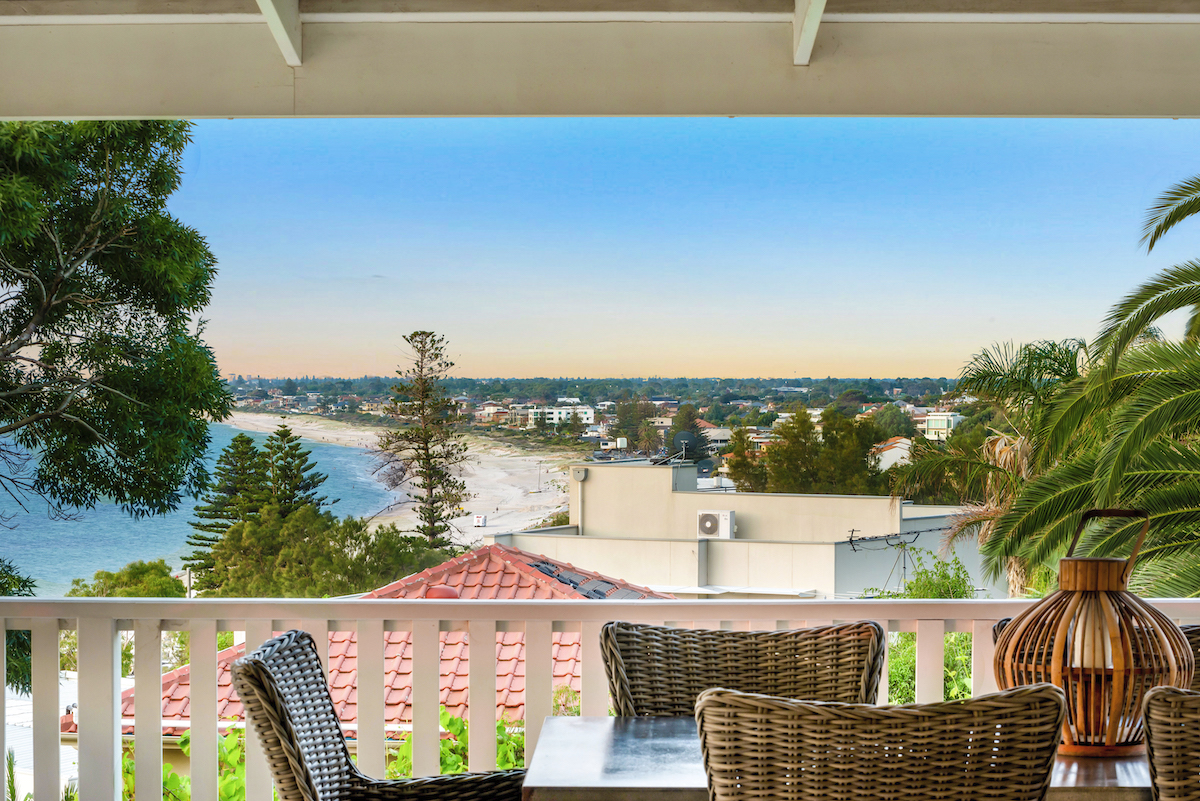 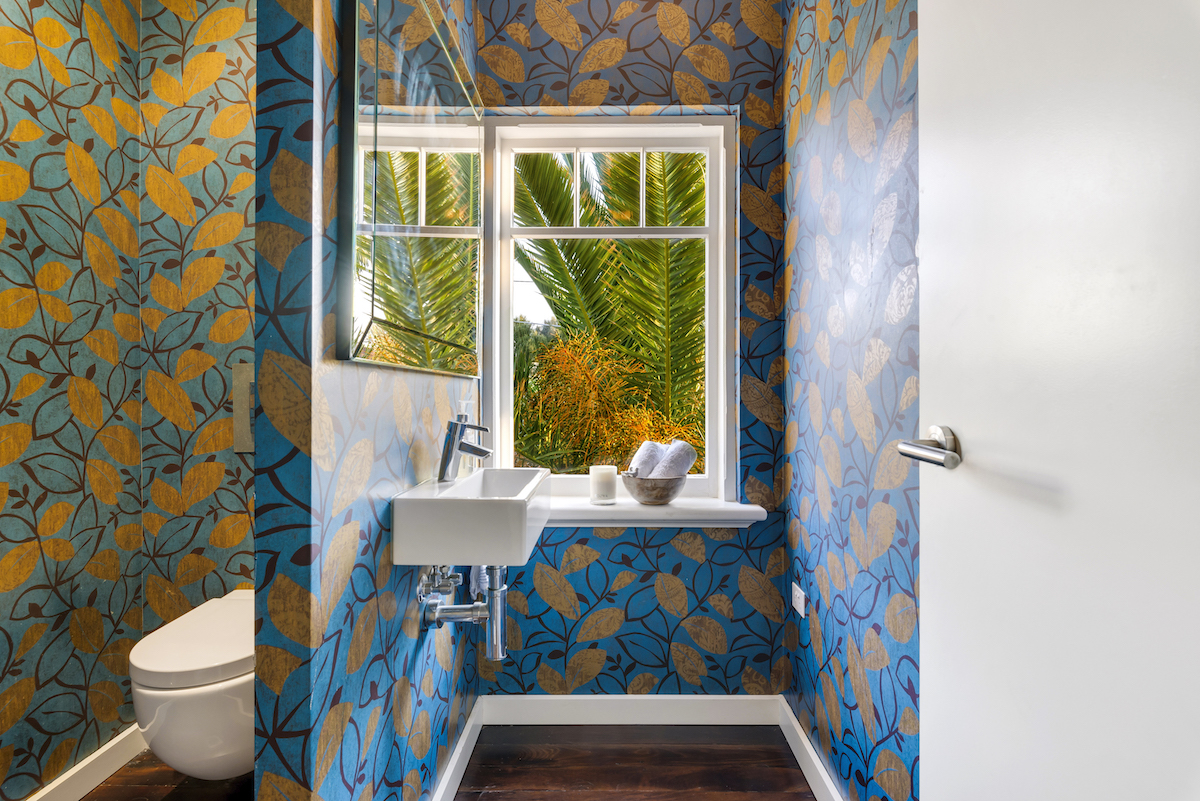