Hearing you, loud and clear 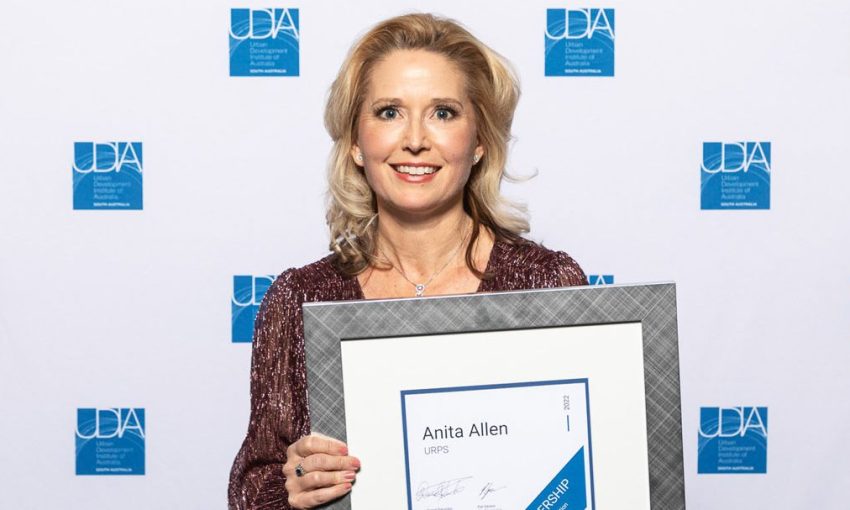 Anita Allen is by her own admission a good listener. For over twenty years, she has held senior management roles in urban planning – first in local government, then state and, now, in private practice as an Associate Director at URPS.

Notably, she played a central role in the introduction of the South Australia’s new Planning and Design Code – the most significant change to South Australia’s planning system in decades – with her finely-honed stakeholder management and community engagement abilities, as well as her technical know-how that supported the legislation through State Parliament.

“Collaboration was a strong part of that,” she says referring to the process. “Bringing people together and working cooperatively to understand different perspectives enables us to address people’s concerns and ensure they are genuinely heard.”

Anita says it was important that all voices were heard, from developers to residents to rural landholders.

“As you know, planning is a political process. I received feedback during the process that I would always turn towards people and hear their views.

“If a community group wanted me to talk to them about planning, I would always be there to hear from them.”

It sounds like a fairly simple task. However, when you know that the end result consolidated 72 development plans into one simple rulebook with a focus on good design outcomes, while also ensuring better community engagement – and that it took into account nearly 2400 public submissions with 225 consultation events conducted ­– your ‘fight or flight’ response might be sparked.

During the planning reform, Anita also played a part in the introduction of a Community Engagement Charter, which sets out some key principles of engagement.

Says Anita, “Genuine engagement means talking to people early in the process, documenting their views and genuinely considering how their feedback can be taken on board. Closing the loop with people so they can understand how their feedback was considered is an important part of the process.”

In awarding this year’s UDIA Women in Leadership Award, sponsored by Algo Mas, the judges noted not only Anita’s part in shaping the State’s new planning system, but also her “instrumental role in developing a program within government to create leadership development paths for others”. This included encouraging young planners to speak publicly about the reforms and hear directly from stakeholders as a way of building capacity within the planning profession.

“I’d like to see more women in leadership roles,” she says. “Particularly in the development side of the industry.”

When asked about gender quotas, she replies, “I haven’t turned my mind to gender quotas and what that would mean for the development industry. What I do believe is that there remains a level of unconscious bias that women sometimes experience within the industry. The industry has changed significantly over the last ten or so years and significant steps have been taken to offer greater opportunities for female leaders, but we know we can always do more.”

As for the biggest challenges for her personally working in planning and development?

“I think in this industry, you need to be a bit brave, and have a vision for what you’re trying to achieve at that time. Stay the course, be consistent, hear from people and then reevaluate.”

The Awards for Excellence are supported by the following sponsors: