From Land Rovers on poles to sinkhole swimming pools, make time to stop to see some of the Limestone Coast’s most unusual tourism destinations as you roam the South East.

Take a dip in one of the Limestone Coast’s most treasured summer spots with a visit to the popular little brother of Mount Gambier’s famed Blue Lake.

With steep cliffs above deep blue water in a perfectly round sinkhole, the “Little Blue”, as it’s fondly known by locals, is one of Australia’s most unique natural swimming pools.

Hot summer days see visitors flock to swim and float around, often to a soundtrack of screams as thrill seekers jump off the cliffs above and discover that beautiful blue water hides chilly depths.

Paddling away on the surface, swimmers are often blissfully unaware of what lies beneath.

Over the decades, a plethora of strange treasures have found themselves lodged in the silty bottom of the sinkhole, making the Little Blue one of the region’s favourite diving spots.

Lying below are a Morris Minor car and a road sign, still upright, while police divers training at the sinkhole in 1996 even discovered a safe dumped by enterprising thieves.

The exact age of the sinkhole is unknown, with hydrogeologists estimating a range between 15,000 to 100,000 years old.

European settlers first discovered the sinkhole in the early 18th century, cutting a ramp through the limestone by hand and putting it to good use as a watering hole for stock.

You can see names and dates of these settlers carved deep in the limestone cliffs, cementing their place among newer visitors.

One thing is for sure, the sinkhole has etched its place into the hearts and Instagram accounts of travellers, as one of the only spots in Australia where you can proudly say you’ve swum in a sinkhole.

Land Rover on a Pole, Keith

It’s the rural South Australian landmark that often leaves visitors scratching their heads and pondering the deeper questions of life. Whose Land Rover is it? How did it get up a pole? And, above all, what does it mean?

The answer to Keith’s matter-of-factly titled “Land Rover on a Pole” lies in the farming history of the small rural town, which sits at the corner of the Riddoch and Dukes Highways.

In the 1940s, the Australian Mutual Provident Society (AMP) established a land development scheme to bring agricultural production to the harsh land surrounding the township. Settlers who purchased the land found they needed a hardy vehicle for the rough terrain. Soon, every man and his dog was getting about in a Land Rover, renowned for their toughness and rugged endurance.

In the early 1990s, Keith local Bill Mayfield decided the town needed a symbolic memorial to honour the town’s history and the hunt was on for a Land Rover to fit the part. Strangely, no locals wanted to part with their vehicles so Bill sourced a Series 1 Land Rover from a pair of Adelaide Hills enthusiasts.

The reason for hoisting it aloft was simple logic: you can’t miss a Land Rover up a pole.

Declaring it “utterly amazing” and “a modern mystery”, the site is often tagged by visitors as #8thWonderoftheWorld.

At the site, a plaque erected by AMP gives glowing tributes to the company’s legacy but doesn’t explain the significance of the towering Rover, leaving visitors to their own musings.

Whatever your thoughts of the unusual landmark, it’s become a source of pride and good humour among residents, who are well versed in explaining their quirky attraction to visitors.

Open the gate alongside Mullinger Swamp, north-east of Naracoorte, step into the paddock and cast your gaze skywards. Fondly known as Big Red, the Limestone Coast’s biggest River Red Gum stands at a neck-craning 39 metres and is estimated to be between 800 to 1000 years old.

Since being named the winner of a 1990 competition run by Greening Australia to find the region’s tallest tree and also promote the conservation of the species, the lofty red gum has been welcoming awed visitors ever since.

The hollowed-out trunk, measuring 11.6 metres around, functions as a roomy last-minute changeroom for Mullinger Swamp bathers and holds a well-worn visitors book, with scores of entries by travellers from across the world.

At the Naracoorte Visitor Centre, volunteers field many requests for directions to the record-breaking Red Gum with the late Bill Vogel, a centre volunteer, always ready to spin a Big Red story or two.

Putting a touch of perspective on the tree’s age, Bill used to tell visitors to imagine the history the tree had witnessed, declaring “wars, plague and pestilence” were somewhere in the trunk and computers and mobile phones were mere twigs.

The area was referred to as the “Land of the Giants” by local pastoralists for its towering trees and is the perfect place to unroll a picnic rug and spend a few hours watching the world go by. 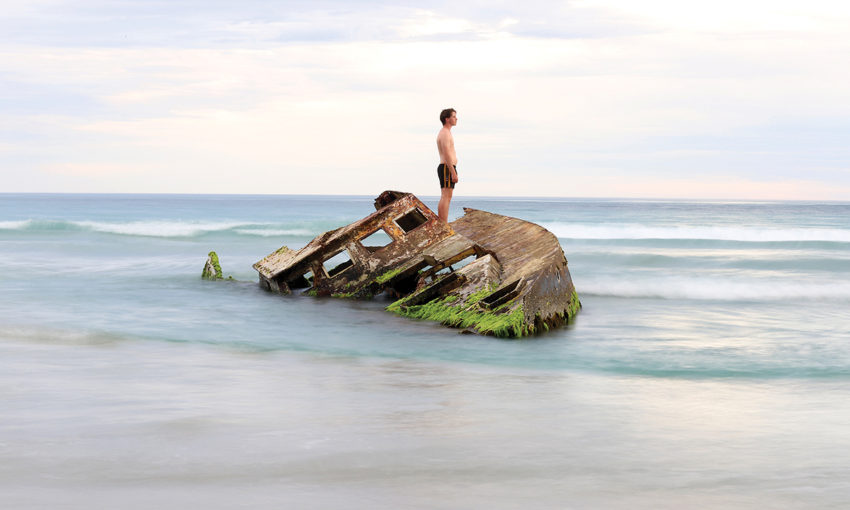 Visit the final resting place of a modern-day shipwreck, now one of the Limestone Coast’s most photographed vistas.

News reports tell of the untimely end of the Pisces Star, a 60-foot sailing boat that ran aground in heavy weather on her maiden voyage from Western Australia in 1997, putting an end to the retirement dreams of her elderly owner. He survived to tell the tale, however the yacht sadly did not, coming to rest on the beach below the Cape Banks lighthouse at Carpenters Rocks.

With a coastal breeze blowing and waves crashing over the rusting remains, it’s easy to see how shipwreck tales hold a fascination for many. It’s estimated up to 800 wrecks are dotted around the South Australian coastline, with many hidden deep on the ocean floor, only accessible to divers.

At just 24 years old, the Pisces Star is a mere toddler among the wrecks that lie around her, including one of South Australia’s most infamous and tragic shipwrecks – the Admella.

On the cliffs above the Pisces Star and near the Cape Banks lighthouse is a memorial dedicated to the lives of 89 people who died in the 1859 incident.

Be sure to plan your visit around low tide for the best viewing.

The Murals of Millicent

Whether it’s book-loving birds or a water goddess, there’s a surprise around every street corner of the small town of Millicent. Transforming old buildings and public spaces with bright pops of colour, the town has cemented its place on South Australia’s growing public art trail.

From bank buildings to skate parks, both local and nationally renowned artists are behind the works, including Mike Makatron, Kitt Bennett, Ben Reynold and Mimby Jones Robinson.

With an enduring “wind, water or wings” theme, the Imagine Millicent Art Group (IMAG) is behind five of the projects inspiring locals to take up the cause.

With the town’s historic State Bank building at his disposal, owner and accountant Brad Tilley has “redecorated” two sides of the building’s exterior with a giant rainbow and gifted his employees a lunchroom street art piece.

What’s the buzz about the town’s latest project? A rather appropriate work for the historic Beehive Corner building – a giant beehive.

This article first appeared in the December 2021 issue of SALIFE magazine.