Raining Poetry, SALA in the Park and a wild road trip

Three things to keep you entertained: wet-weather verse that appears like magic on the streets of Adelaide, a tranquil sculptural walk with SALA in the Park, and a wild road trip with actor, comedian and musician Tim Minchin.

Look beneath your feet for random acts of poetry on a rainy day. The team of post-graduate students leading this year’s Raining Poetry Adelaide project have spent the past week or so painting poems on city streets using stencils and invisible hydrophobic paint – so the words are invisible on dry days and appear like magic when it rains. Raining Poetry is run under the auspices of the JM Coetzee Centre for Creative Practice at the University of Adelaide and this year 20 poems were selected, including five by acclaimed poet Jill Jones, with a map (here) showing the location of each one.

SALA in the Park is an opportunity to contemplate life and art with a sculptural walk through the gardens of Centennial Park. There’s a wonderful collection of works on show, including James Hamilton’s Equilibrium, which is inspired by the endangered Kordofan giraffe and Australian native Purple Copper butterfly, and affectionately named Rita after his mother’s mum. You can download a digital map here or pick one up in the Centennial Park office. There’s just over a week left to check out most of this year’s SALA exhibitions, which are taking place both in physical venues and online. 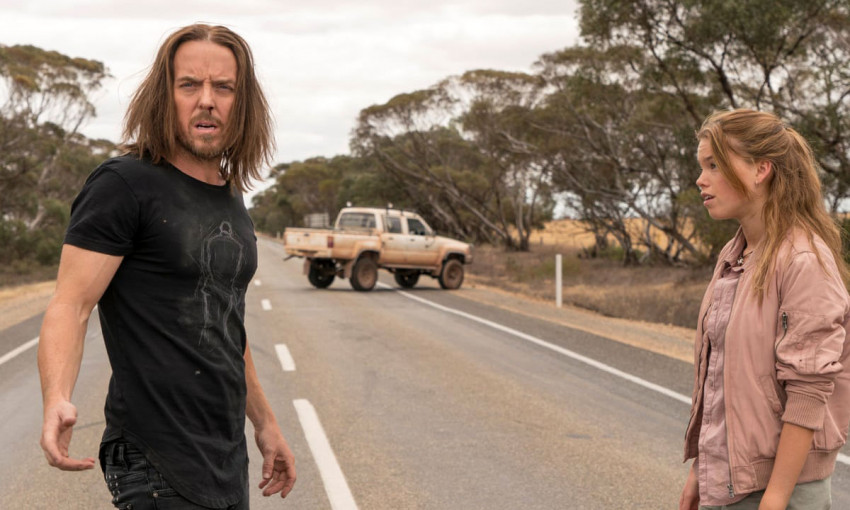 Upright is an eight-part drama series starring Tim Minchin and Milly Alcock as Lucky and Meg, a couple of misfits who team up on a desperate 4000km road trip to WA with Lucky’s precious upright piano in tow. The show was originally launched on Foxtel, but from this month is also available across a range of other streaming platforms, including Apple TV, Google Play, YouTube and Fetch – and it’s well worth strapping in for the ride. The script (co-written by Minchin) is engaging, with a story steeped in sadness yet still offering plenty of levity, and the landscapes are stunning. An added bonus for South Aussies is that the early episodes were filmed here – including a scene at Thebarton’s Wheatsheaf Hotel, where local musician Adam Page makes a surprise appearance.