There’s plenty to do around SA this weekend, with steam tug rides at Port Adelaide and the DreamBIG Children’s Festival along North Terrace.

Get a whole new view of Port Adelaide, by exploring the area on the steam tug ST Yelta throughout May and June. You’ll glide past Hart’s Mill and Fletcher’s Slip, while getting a glimpse of the Port River dolphins. There will also be a unique view of the Torrens Island Quarantine Station. The Yelta was launched in 1949 and spent its working life in Port Adelaide.

A huge program of family fun is coming to Adelaide for the DreamBIG Children’s Festival, from May 22 to June 1. The biennial arts festival will feature live performances involving song and dance, a boisterous puppy, a giant robot, fireflies, the Gruffalo, drag queens reading stories, silent discos and more. The general public component of the festival features 12 shows, including three world and seven Adelaide premieres. The Adelaide Festival Centre and venues across the city and suburbs will host 12 exhibitions. The Big Family Weekend will be on May 25 and 26, along the North Terrace Cultural Boulevard. Children can follow the trail for their age group to discover the fun in the galleries, museums, universities, libraries and gardens. 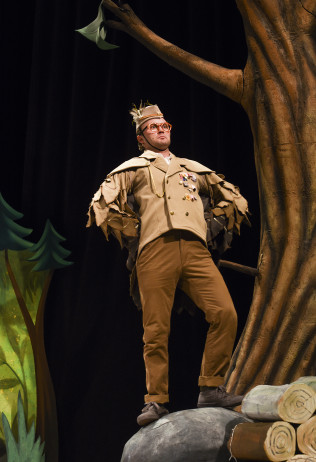 THE GRUFFALO LIVE
May 22 to 24
Dunstan Playhouse

Join Mouse on a daring adventure in this magical, musical adaptation of the classic picture book by Julia Donaldson and Axel Scheffler. Songs, laughs and scary fun for younger children.

The $100,000 Ramsay Art Prize for contemporary artists under 40 was established by the James & Diana Ramsay Foundation.

Yindi: The story of a rescue dog

The story of Yindi and us begins nine years ago, with an email and a photo.

Chris Sexton, 52, is an obstetrician, gynaecologist and women’s health specialist who estimates he has delivered 6000 babies over the past 30 years. That number will rise significantly next year, Chris says, with a baby boom on the way thanks to the COVID-19 restrictions.

Bespoke furniture doesn’t have to be high maintenance

There is no use investing in a designer dining table if worrying about ruining it leaves you too scared to use it.