What’s On: Seafood, samurai and fairytales

This weekend, there's plenty on for the school holidays, or get a taste of the wonderful things South Australia's art scene has to offer.

Chilli Crab Shack by Sprout returns to the Adelaide Central Market for two weeks, from October 2. The Sprout team will be cooking blue swimmer crab with an Asian-style spicy chilli tamarind sauce, with noodles, herbs and lime. Pair it with a Pirate Life beer and listen to the live music. Be sure to book – the experience always sells out.

Origins is the title of Adelaide artist Peter Syndicas’s series of striking sculptures currently on show at BMG Art gallery in Marleston. For years, Peter has collected twigs from locations around the world and then replicated their forms on a magnified scale in bronze, stainless steel and stone. The artist, who feels a strong connection to his multicultural background, says Origins (showing until October 17) taps into a subject that is personal for him, with twigs shaped by their environment in a similar way to how our heritage and environment shape us as humans.

Start at the Gallery: Samurai Stories

Take the kids along to the Art Gallery of South Australia this weekend for Start at the Gallery: Samurai Stories, on Sunday, October 4. Experience the art and culture of the legendary samurai warriors through music, storytelling and more. Nylon Zoo will be there with a colourful inflatable wonderland. Start Discovery Tours give everyone from toddlers to teens the chance to take part in interactive art experiences with the gallery’s guides. Oriental jazz ensemble San Ureshi will perform and there will be a sketching tour through the gallery.

Celebrate Book Week in the City of Norwood Payneham & St Peters with the Curious Creatures, Wild Minds Book Week Scavenger Hunt, for ages 3 to 14. Pick up your activity sheet from any of the three libraries in the area and complete by October 30 to go into the draw to win a host of prizes.

A live-action adaptation of the classic fairytale Pinocchio – about a wooden puppet who comes to life – is one of the must-see films in this year’s Italian Film Festival, with two screenings tonight at Palace Nova Eastend Cinemas. The festival’s 2020 Centrepiece selection is the crime drama The Traitor, named best picture at the David di Donatello Awards (Italy’s equivalent of the Oscars), with other highlights including the romantic drama Malena (celebrating its 20th anniversary and starring Monica Bellucci) and the family films The Most Beautiful Day in the World and My Brother Chases Dinosaurs. The festival continues until October 13. 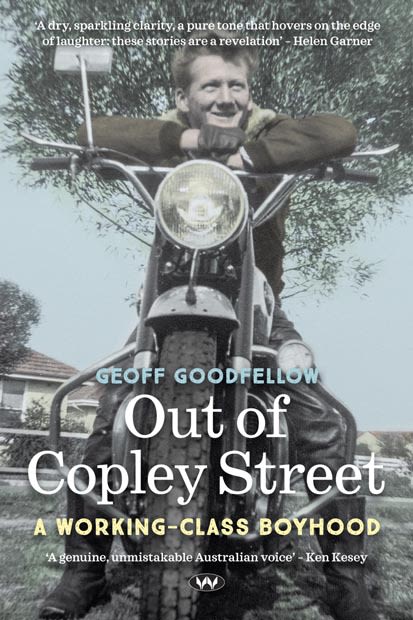 Adelaide poetry legend Geoff Goodfellow will give an exclusive live reading of his new autobiography Out of Copley Street on Friday, October 2 at the Orchard Bookshop in the Central Market Arcade. From 6pm, Geoff will be reading, followed by a signing. Read Geoff’s interview with My South Australian Life here.

Read more about what’s happening around South Australia in the October issue of SALIFE magazine.