Given the pressures on our environment and climate, Adelaide’s green spaces and gardens are shaping up to be more important than ever. Luckily, there’s no lack of passion among the next generation of skilled horticulturists. 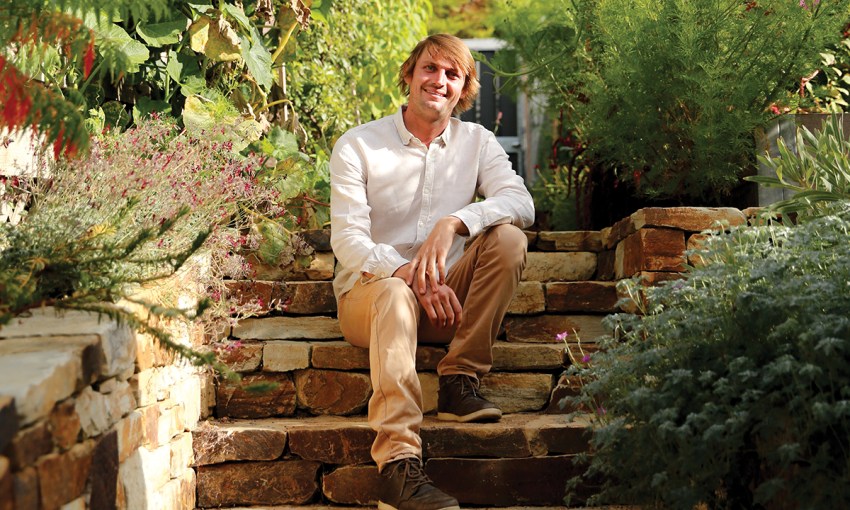 Adam Hancock
You can tell a lot about a person purely from their garden, says horticulturist Adam Hancock. “There’s no set rule on how a garden should be, it’s all in the eye of the beholder. Some people like the structure of a neat and orderly garden, while others prefer the chaos of a wild garden where things can be let go,” says Adam, who has an exemplary home garden at Bridgewater.

It is immediately obvious the 30-year-old has a passion for native plants, with an area of endemic species in his front garden. There is also a perennial section full of birdlife, and a rear garden of raised beds for vegetables and cut flowers, grown in all sorts of interesting and creative ways.

For Adam, gardening is more than just growing things, but a link between humans and the environment. “It’s not just the decoration, it’s much deeper than people realise. I think gardens are a bridge to reconnect people with nature,” he says.

“Native bird populations in the Mount Lofty Ranges have declined 45 per cent in the past 20 years, and household gardens can support these birds and wildlife. We sit out in our front garden and there’s so much action; families of birds nesting and raising their young in the yard, coming in and feeding and washing in the bird baths.”

After first studying to be a paramedic, Adam found his calling in horticulture. “Gardening gets people out of bed in the morning. The healthiest and happiest older people I see are keen gardeners and I think it’s because there’s always something new; each season’s different and there’s something to look forward to.”

The horticulturist has learnt most of his knowledge on the job and by experimenting with his own garden. “There’s a limit to the classroom and book learning because there’s experience that comes with just being out in the garden. The learning never stops with gardening and you have to accept early on that you’ll never know it all.” 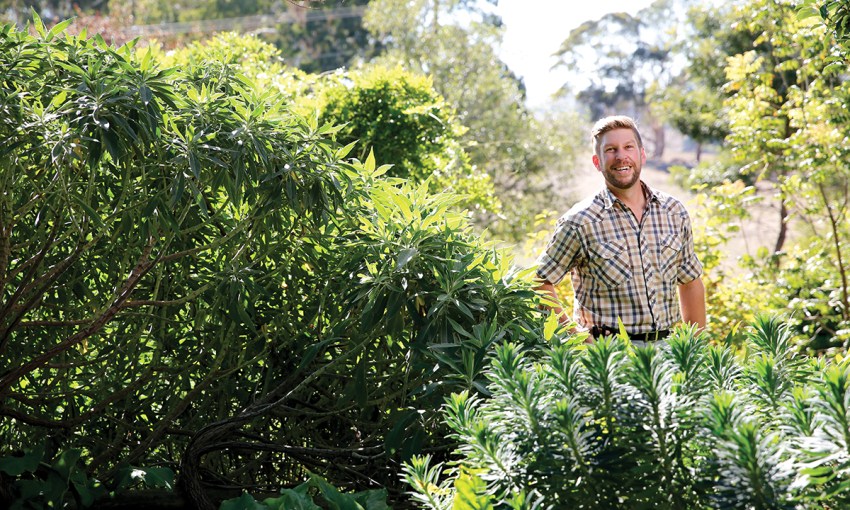 Brendan Power
Brendan Power’s marvellous one-acre property at Lobethal contains a glorious garden that you’d expect to be owned by someone with an entire lifetime’s experience in growing things. Yet at just 38 years old, Brendan has a wealth of horticultural knowledge beyond his years.

Before finding his calling, Brendan went through a rocky period in his late teens, struggling to find his way in life. He was encouraged to consider careers that involved caring for children or the elderly, but instead fell into horticulture.

It took him a few years to realise that he was on the right path. “Over the years, I’ve been lucky to work at some incredible properties and environments that have been conducive to thinking and inspiration,” he says.

“In a way, gardening isn’t too different to caring – you’re still nurturing something.”

Brendan says horticulture can be a rewarding career with some similarities to other trades. “Once you’re qualified and a few people know about your work, there is really good money to be made in gardening – not far off what sparkies and plumbers earn. So, it’s definitely a worthwhile career for a younger person to get into.

“People can be quite shocked when I tell them ‘No, I don’t mow lawns’ – everyone has to have their niche. It would be a waste of my time and their money having me mow a lawn as there are people who specialise in that,” he says.

Brendan finds satisfaction not only in growing plants, but also in helping others. Some of his elderly clients would have to move out of their own homes if not for him. “For some of my clients I do everything; they might need a light globe changed or someone to run them down to the shops, so I’ll do those little jobs as well. It’s almost like being part-carer as well as being a gardener,” he says.

A perk of the job is being able to take his dog Viola to work, if the property allows it. “Viola is the Latin name for pansy. I chose it because, for a blue heeler, she is a bit of a pansy – when she’s in real trouble she gets called the proper name, Viola odorata. She comes to all my jobs with me and does well from the elderly ladies.” 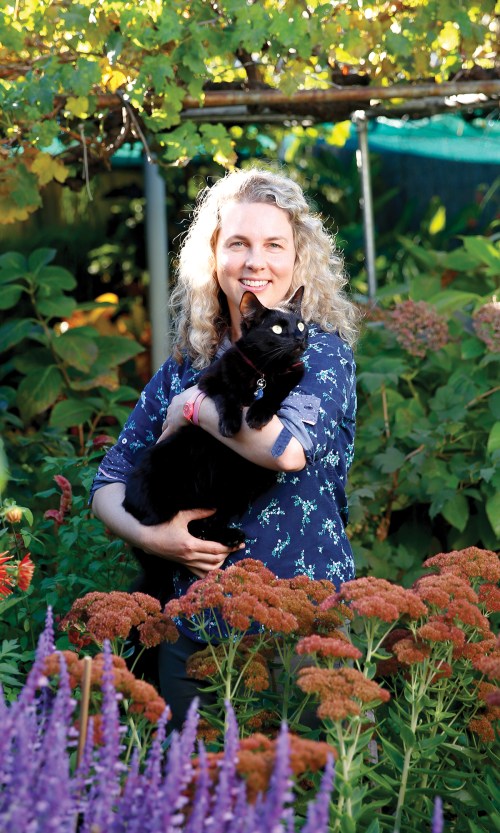 Elly Potter
Born into a family of keen gardeners with a surname to match, Elly Potter was mucking about in garden beds from the age of two. It wasn’t until later in life that she traded in her career in graphic design to work in horticulture.

Today, Elly is true to her name with every spare centimetre of her back yard full of weird and wonderful pot plants, partly because she is renting, but also because many of her plants carry memories like a living photo album.

“Many of the bits and pieces that I’ve propagated have come from people’s gardens that I’ve maintained, and particularly some people who are no longer around. So, I’ve got plants to remind me of them. Some plants were my grandmother’s and great-grandmother’s,” she says.

Elly believes that to truly understand a plant, you must grow it yourself. Her garden provides a lush backdrop to sit and have a beer after a warm day working in gardens – be it for work or pleasure. “I can’t stay out of the garden. Sometimes I’m out in my garden at night with a head torch on,” she says.

She hadn’t considered the profession until about 10 years ago when, although she enjoyed graphic design, she didn’t enjoy the indoors. “I’d just look out the window and think that I wanted to be outside in my garden. I liked the creative aspect of graphic design, but you can be creative with gardening,” she says.

Now, Elly is training to become a teacher of horticulture, a field she says will be important to adapting Adelaide’s gardens and green spaces to our changing climate. “We’re going to need more people who really know how to choose the right plants because otherwise our city is not going to be very liveable,” she says.

“I also think it’s really important that TAFE is properly funded so we can train people who will keep Adelaide as a nice green city.” 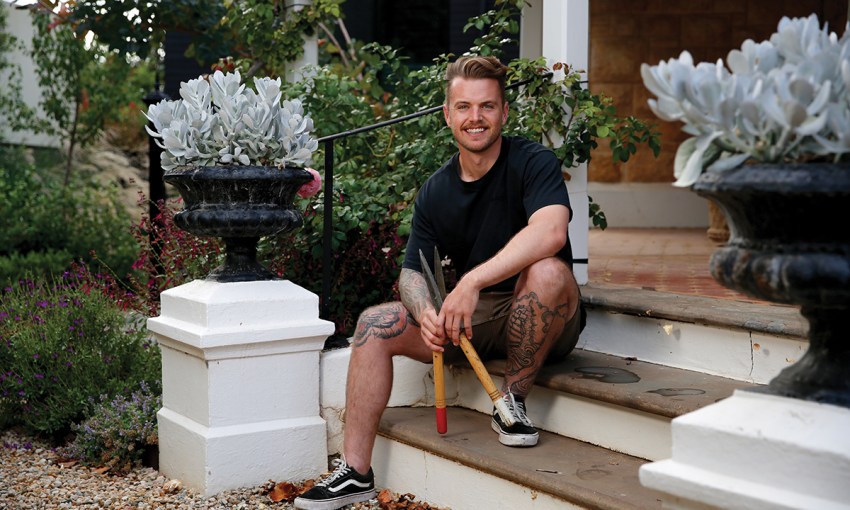 Dale Smith
SALIFE meets horticulturist Dale Smith at one of his clients’ gardens – a stunning Virginia Kennett-designed landscape with interesting and unique plant species. It’s a prime example of the type of high-end private gardens that Dale tends to.

Maintaining such a space is a great responsibility requiring a honed knowledge and skillset. Despite the labour involved, Dale says a day at the office doesn’t feel like work. “I’m very blessed to work on these types of properties. I love being around plants and it’s good for my mental health at the same time. It keeps me sane and happy,” Dale says.

Dale started his career with a TAFE diploma and apprenticeship with St Peter’s College, where he was later appointed to Head Gardener. He now employs four horticulturists under his business Prestigious Gardens, and has started a new business in landscape design inspired by Virginia Kennett and Paul Bangay.

Dale would like to see more young people given opportunities to experience the joys that come with working in the higher-end field of garden care and horticulture. “When we started hiring, I found it difficult to find people of a qualified nature,” he says.

“I got into it because I like gardening and working with my hands and I love being around plants. Being in gardens of this ilk and seeing how people designed them – a skill that is easily underestimated – that’s where my passion lies.” 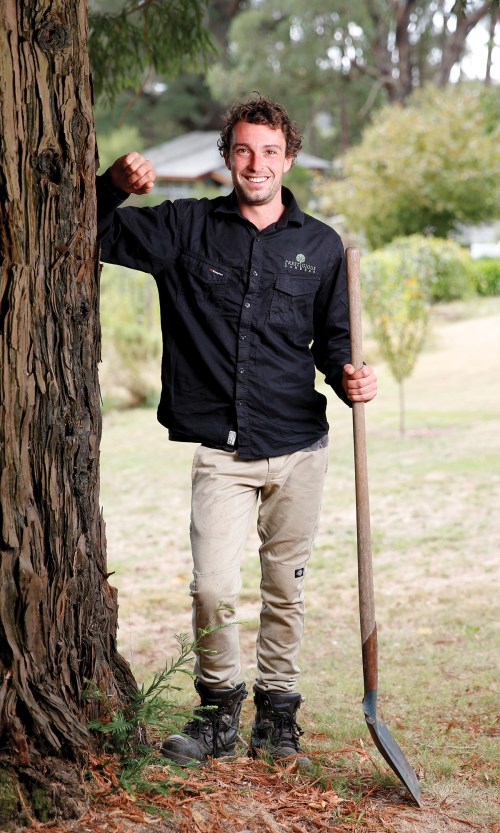 Eddy Mills
At 28 years of age, Eddy Mills is already a true plantsman, having been in the horticulture game since his teens and developed a passion for all facets of gardening, particularly in collecting and learning about rare and unusual plants.

Eddy grew up on his family’s Adelaide Hills property where he often helped his father on the ride-on mower or in the hobby farm and garden. Today, he experiments with growing “wacky” plant varieties and shaping his own garden beds that include a Japanese-inspired area.

“It wasn’t until I was several years into working in horticulture that I started acquiring a lot of unique plant varieties and designing garden beds at home,” says Eddy, who completed his TAFE apprenticeship through a large, private Hills garden before moving to a horticultural company that saw him working in a different garden every day.

“Although I always had the drive, the passion really kicked in when I started looking after many different gardens. I was being challenged to learn what plants would work in different locations and thinking about how to overcome a wide range of issues. That was the real eye-opener for me,” says Eddy.

“It required stimulated thinking and there was more pressure to provide for the clients and make their gardens look as good as possible. It took a long time for me to gain all of those skills, including pruning, topiary and hedge trimming.”

At home, Eddy cultivates a variety of Japanese maples and a fine specimen of his favourite tree: acer griseum or paperbark maple. “The Japanese maples are a sought-after feature tree and they’re very climate-appropriate for the Hills and even the eastern suburbs.”

For Eddy, horticulture is shaping up to be a life-long pursuit of learning. “There’s never a day that you don’t take something home, even if it’s subconsciously. It might have been a garden that you’ve worked on something interesting that has been locked into your memory.”

This story first appeared in the May 2021 issue of SALIFE magazine.