On the market this week is a colonial 1880s cottage in Norwood, painstakingly renovated and extended as a passion project of local builder Chris Wilkes.

Local builder Chris Wilkes jokes that he was the only person crazy enough to take on the project of renovating and extending the 1880s bluestone cottage at number 4 Tolmer Place when he purchased it 12 years ago.

Fast forward to today and it seems Chris, formerly a civil engineer, was just the right man for the job. His passion for sustainable construction and appreciation of the cottage’s history has resulted in a remarkable four-bedroom home.

Chris intended to live in the home, but his plans have changed and he is now listing the property for sale.

“It has been my work over the past five years, which I’ve really enjoyed. Being able to hone my 45 years of building work, and to fund and build myself – with some other trades of course – that’s been quite rewarding.” 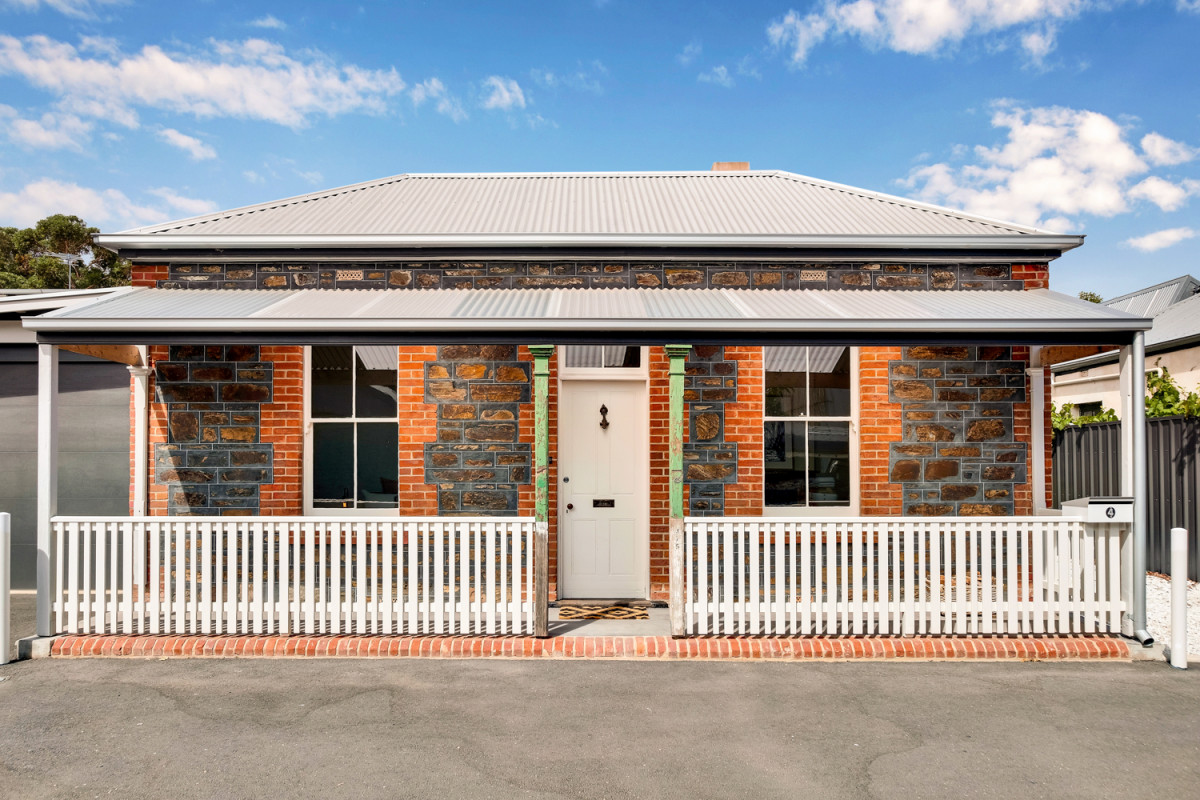 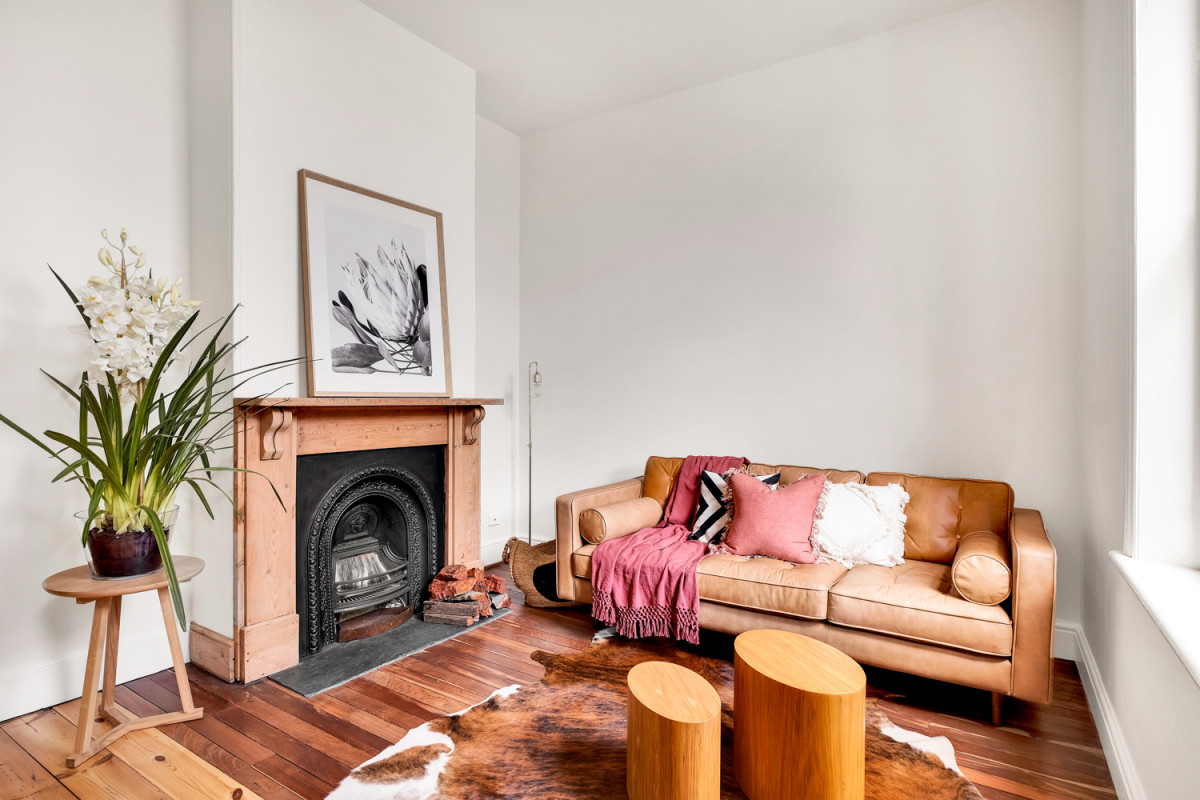 The home strikes a perfect balance of historic charm in harmony with environmentally-focused modern design.

Chris began his working life as a surveyor, before studying civil engineering and eventually transitioned into building.

“I started my apprenticeship with my father; he was a good builder. I think he would love this home because it’s got such great environmental features,” he says.

The addition boasts rammed earth walls, louvres, double glazing and cedar sliding doors welcoming cross-ventilation and heat transfer. The home was designed so that the occupants would rarely need to flick on a switch of any kind, with a focus on solar-passive design and airflow.

Chris’ daughter purchased a very similar cottage next door, a single-fronter which Chris worked on simultaneously with his project at number 4. Both homes were designed by Scholz Vinall architects. 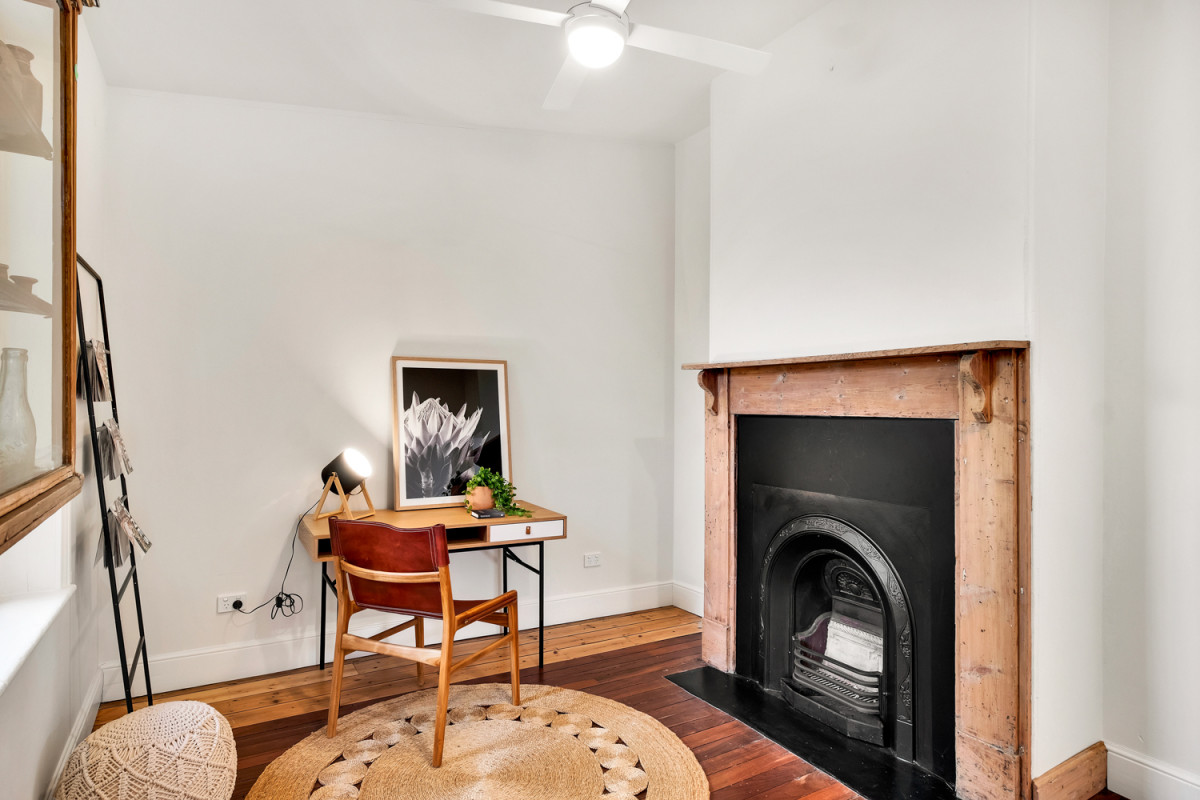 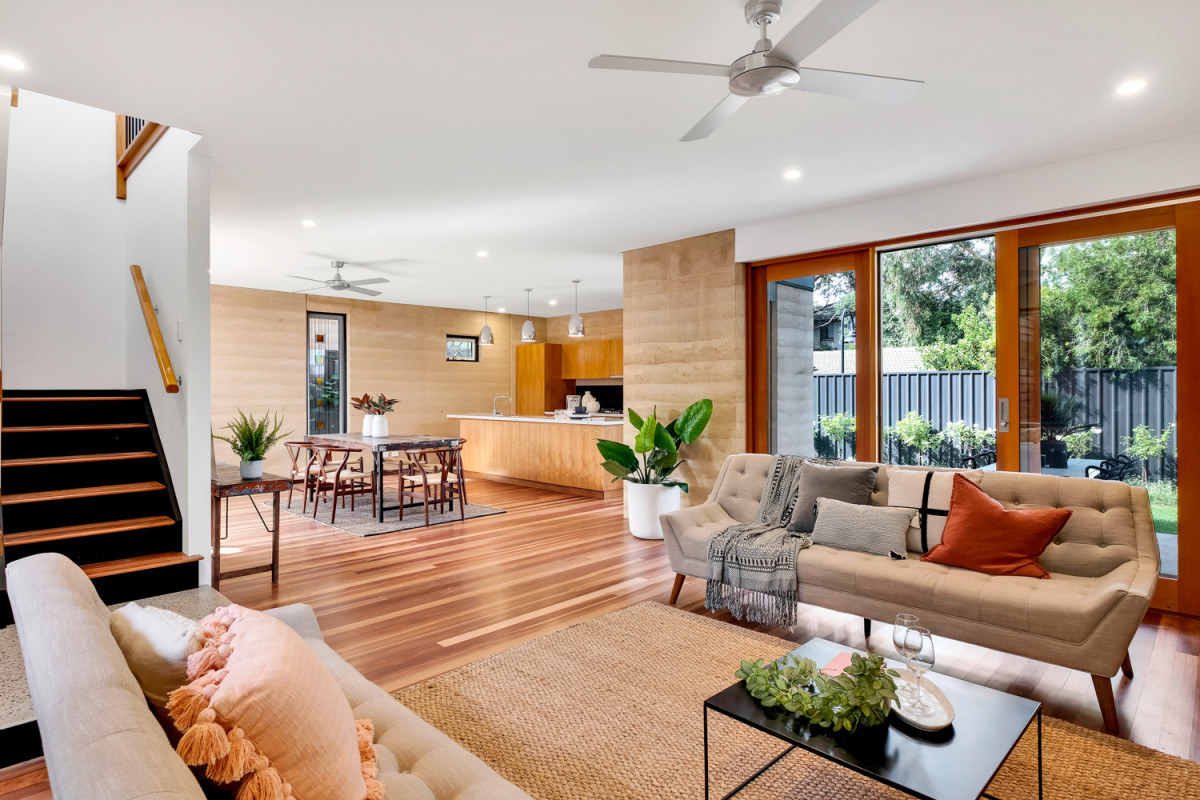 For Chris, a major challenge of the build was the foundation work, as much of the yard had to be excavated. A large cellar and 40,000-litre rainwater tank were installed underneath the home.

“The cellar runs underneath the back of the house, from one side to the other — you could have a party down there. And the tank is a real bonus, just the fact that you can bathe and shower in your own rainwater,” Chris says.

“It’s pretty cool when you’re standing in the kitchen when it’s raining because, if there’s no other background noise, you can hear the tank filling up underneath your feet.”

Upstairs, two bedrooms are connected by an en suite, with borrowed views of trees. The bedrooms feature New Zealand wool carpets, custom robes in the master, and built-in robes to the second bedroom.

The property is nicknamed “Millie’s House” as the previous owner, Millie Thomas, lived in the cottage for 80 years – right into her 90s. 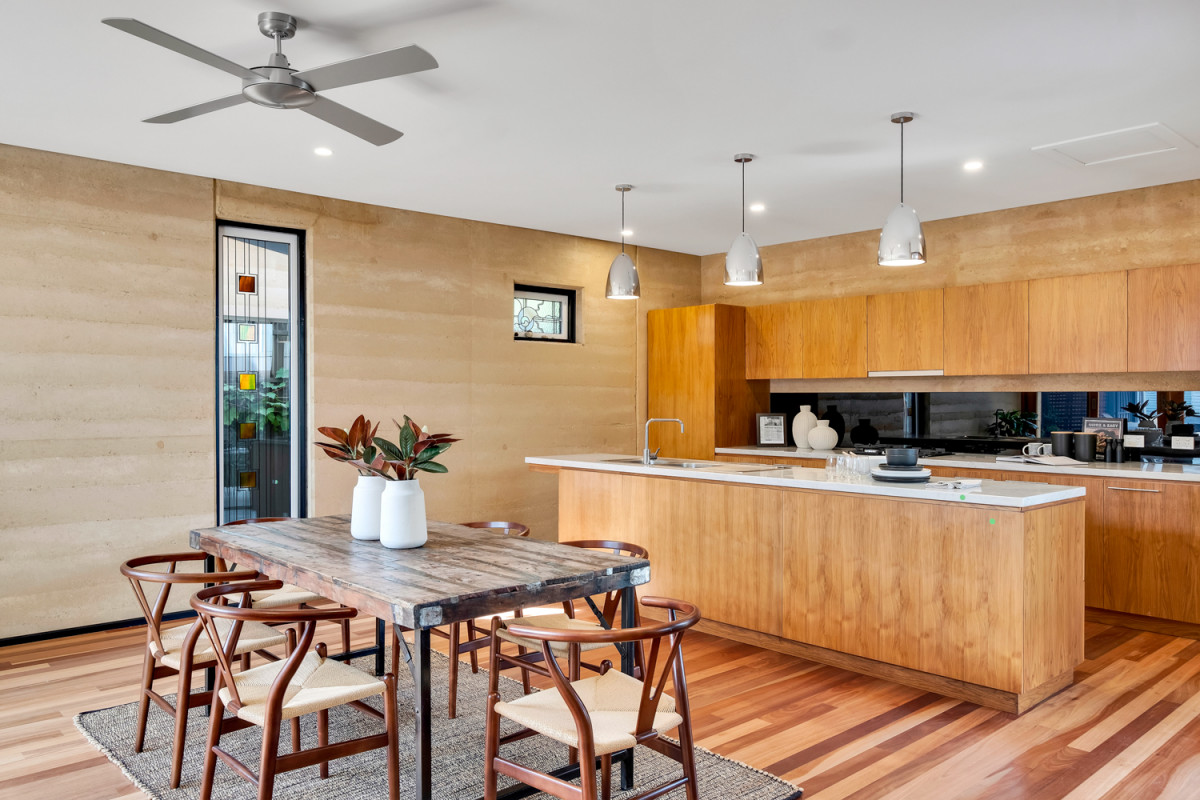 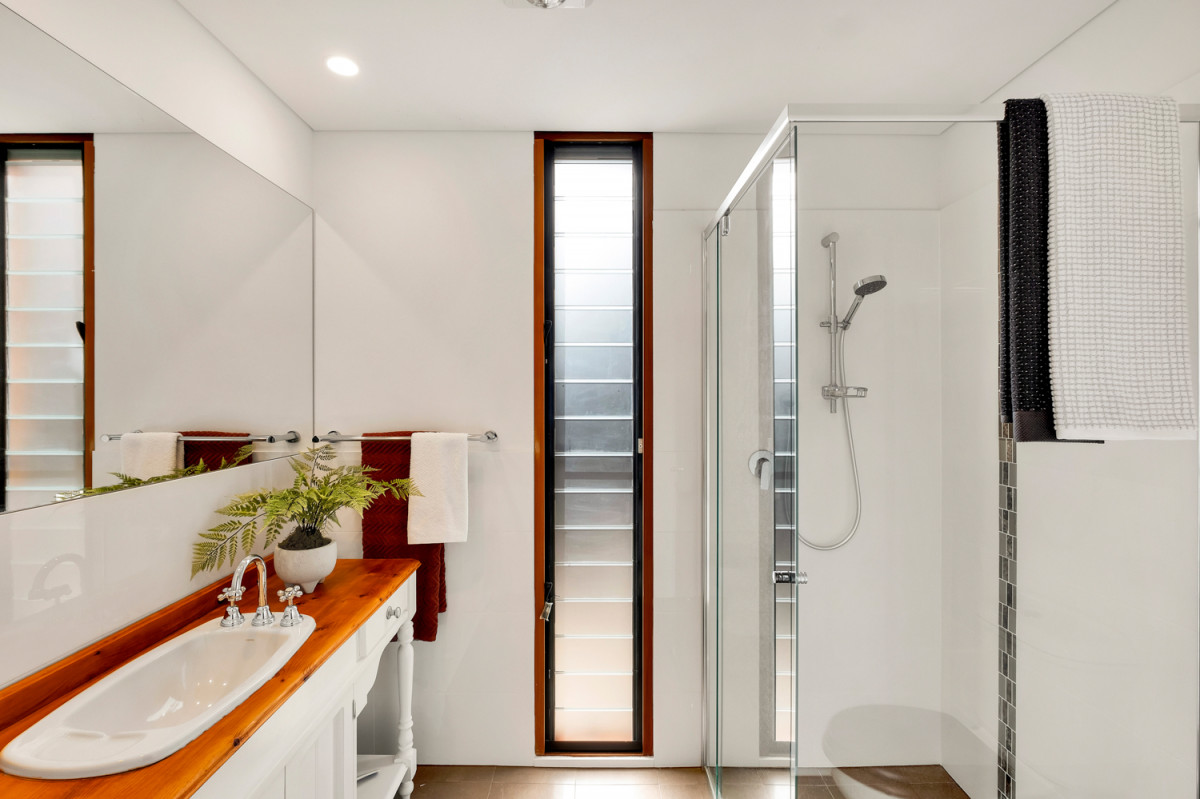 “I never actually met Millie, but I’ve collected so many materials of hers. She was quite an identity in Norwood. She had polio so she ended up in a wheelchair, but she was such a capable woman and used to get around Australia with her brother on a motorbike and sidecar.”

Millie was a photographer, and also designed artwork for John Martin’s. Chris found various artifacts, photography, and drawing equipment behind skirting boards and under flooring during the renovation.

The front cottage is linked to the new extension by a hallway past a laundry and bathroom. This layout has allowed the provision of outdoor courtyards either side of this linking area, providing winter sun from the north into the back rooms.

“The cottage is actually north-facing, which makes those rooms lovely to live in, when sometimes old heritage rooms can be a bit dark,” Chris says. 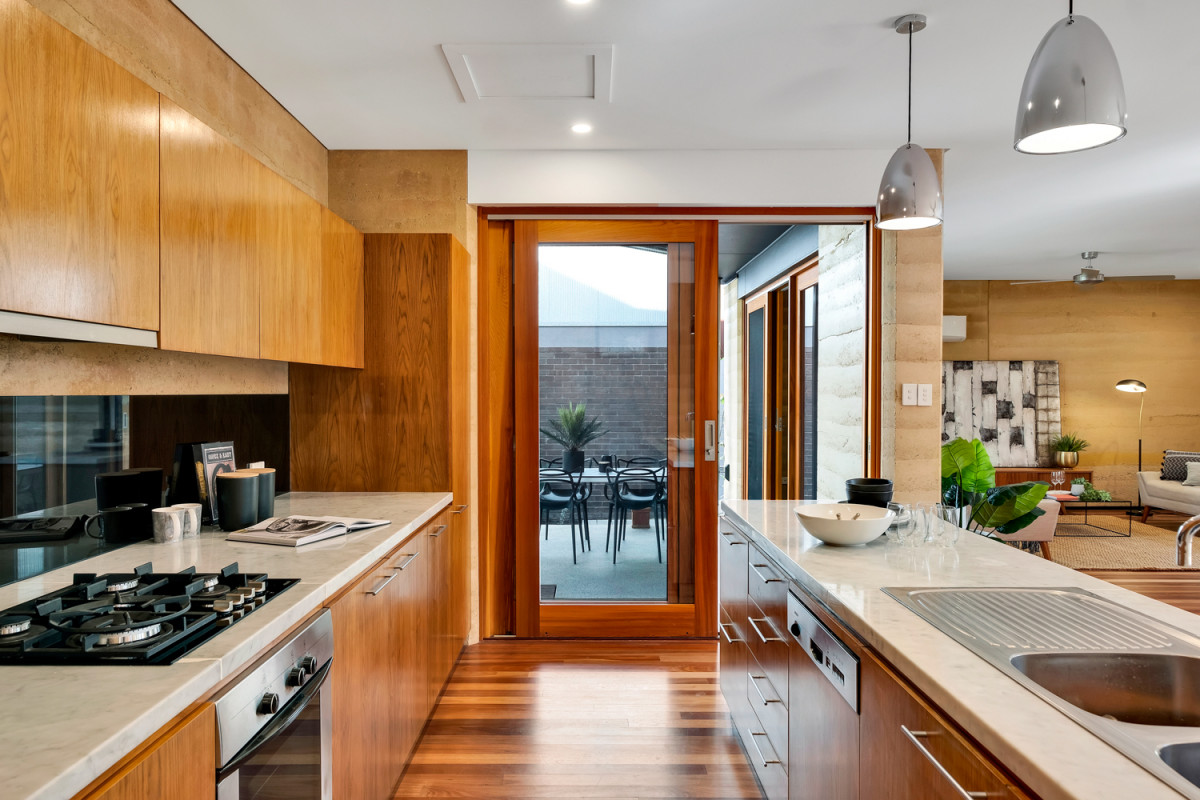 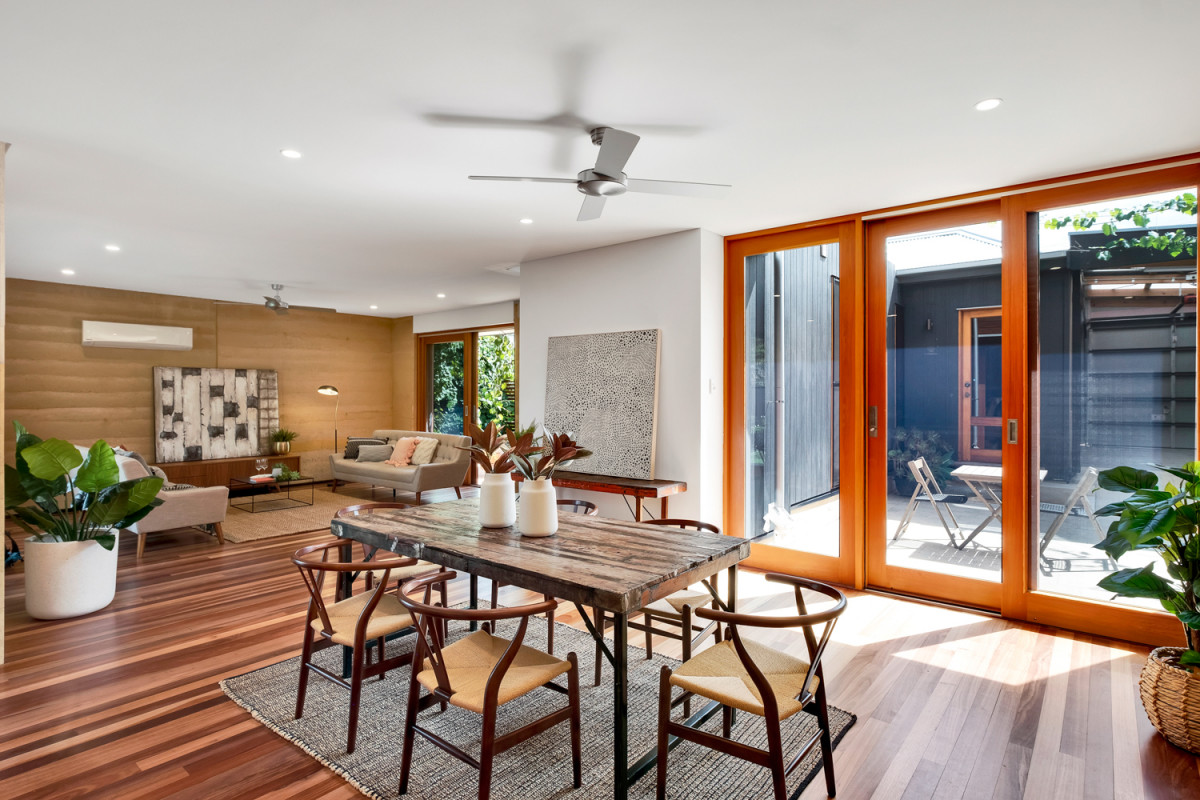 “I always saw the restoration as a unique challenge. The heritage work at the front of the house was so labour-intensive to get it back to a raw state of exactly the way it was in the 1880s — that took a lot of effort. I knew that from the start,” Chris says.

Chris went to great lengths to source recycled materials and ensured the home was built with as little embodied energy as possible. The character fireplaces are original, and the floorboards are a combination of Baltic pine and jarrah — a patchwork of history.

“I spent many nights in the shed stripping windows and doors, repainting them, and especially the skirting in the original structure. Not to mention the time spent sourcing original items.” 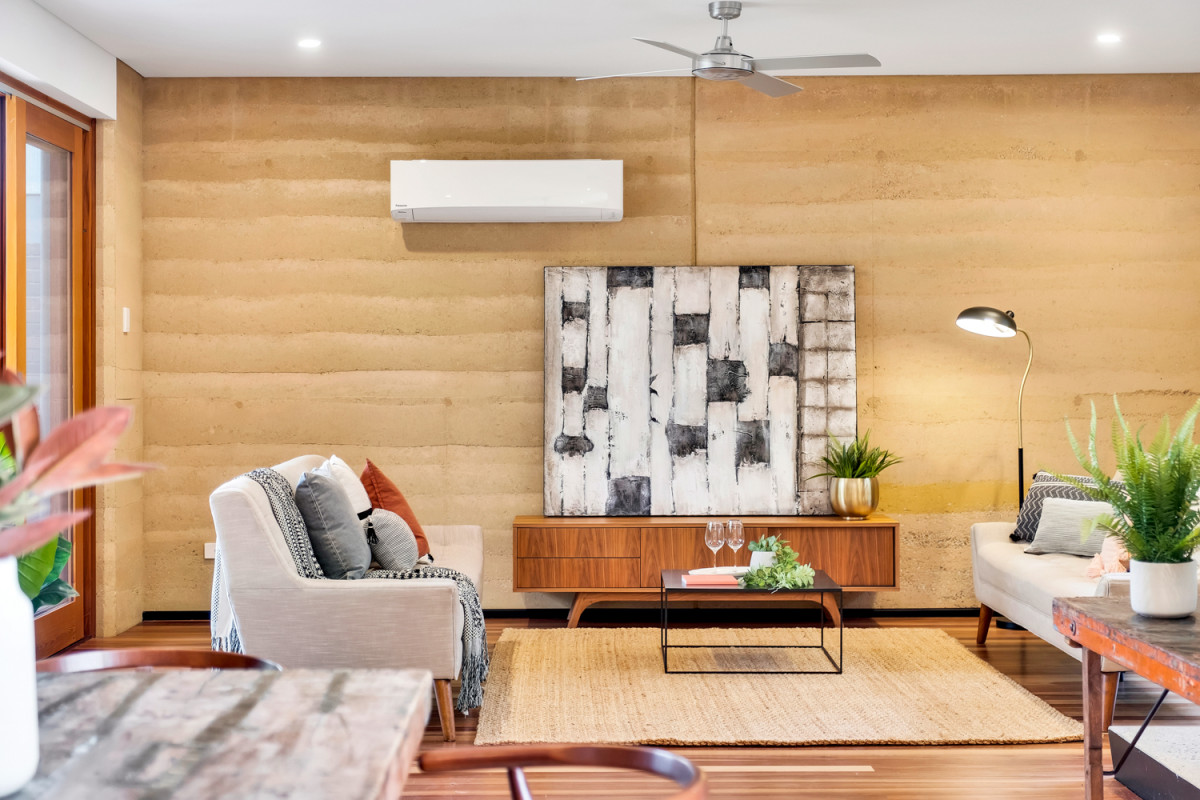 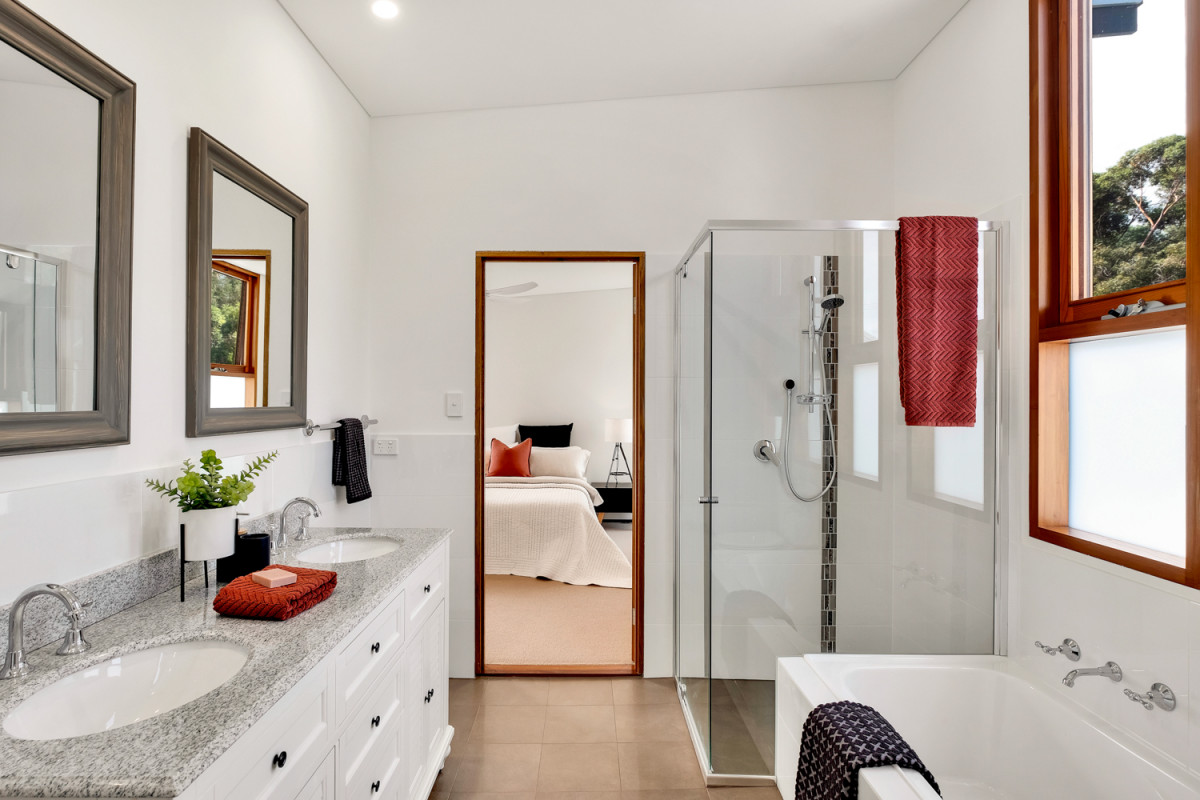 The kitchen came from a Glenelg penthouse. Chris bought it online and it took two days to remove from the apartment, including the timber cabinetry and 40mm marble benchtops, all brought down in a small lift.

“It’s quite satisfying to bring something back to its original state and reuse it; I love that,” Chris says.

The experienced civil engineering and builder is now changing pace, having bought land at Maslin’s Beach where he grows 300 olive trees and plans to plant 300 pomegranate trees this winter, while still working on a few building projects.

“I’m going to be a farmer,” he says. “Now that I’ve got a property I make olive oil, ciders, and many different things; this a dream. If it’s a fine day I’ll be out on the tractor.”

The sale is being handled by Brigette Connery of Eclipse Real Estate. 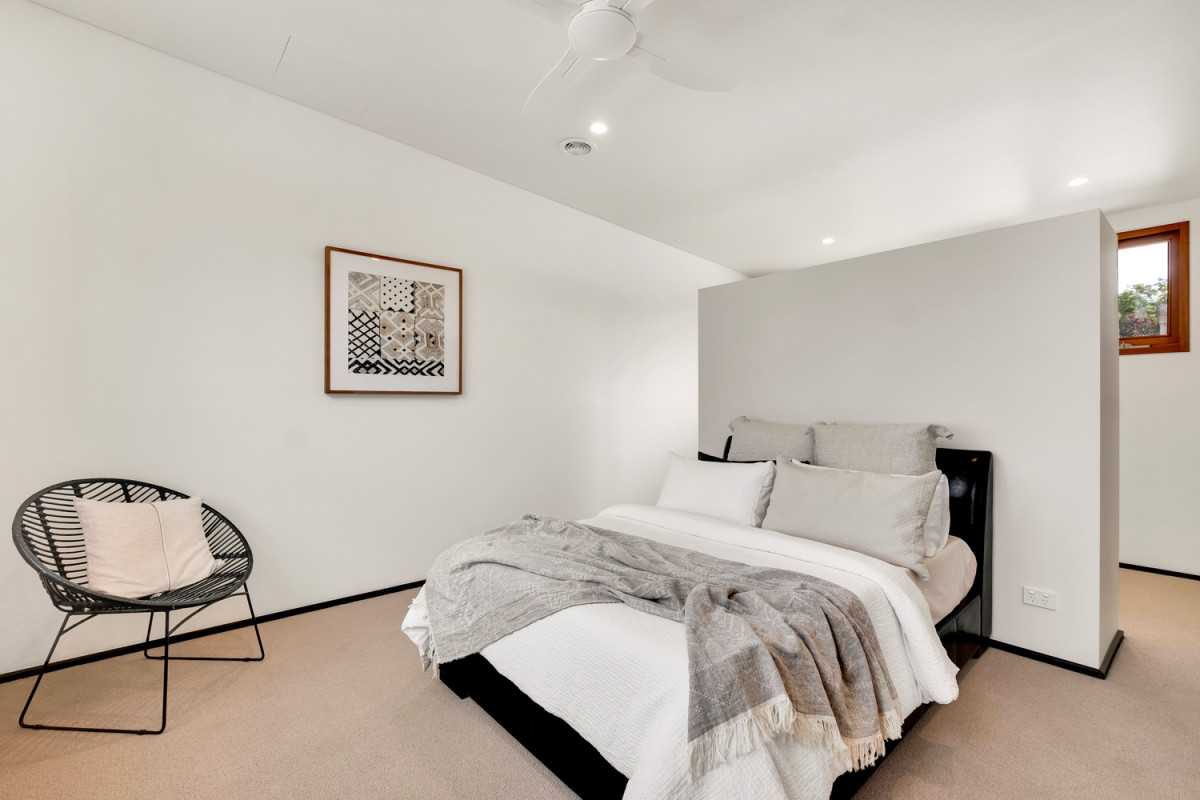 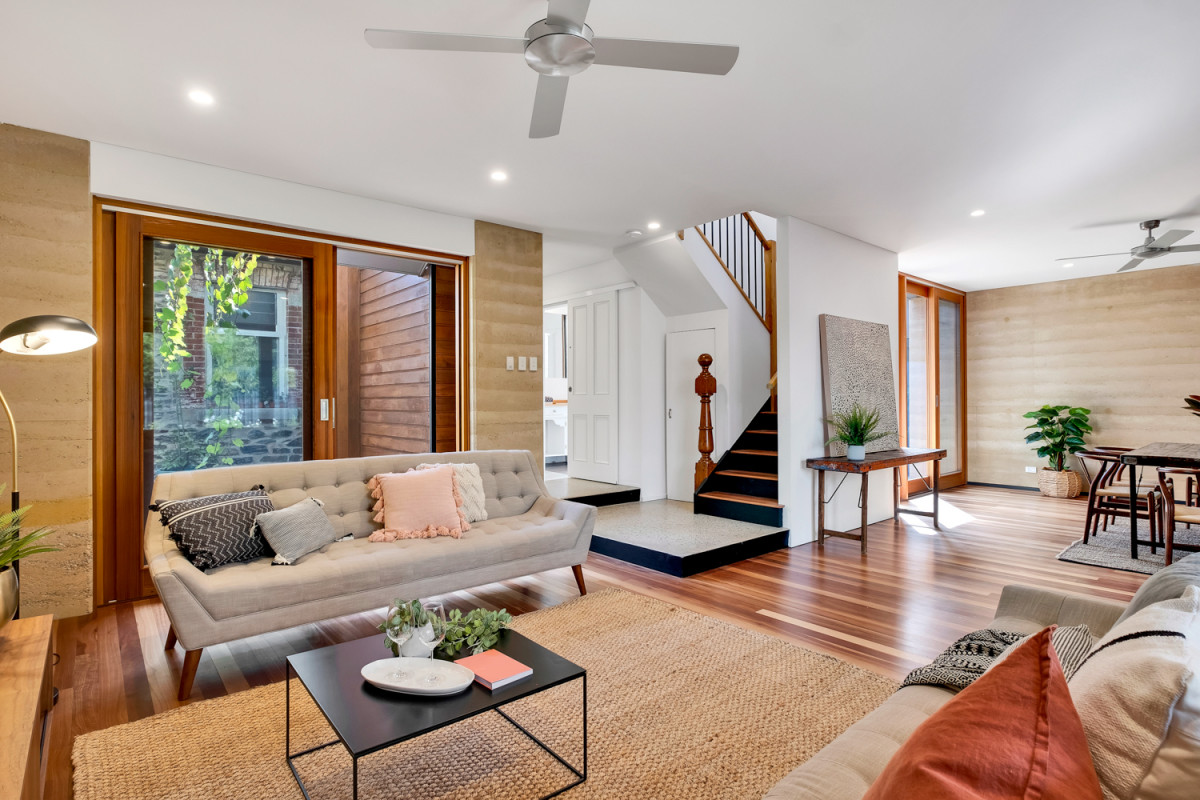 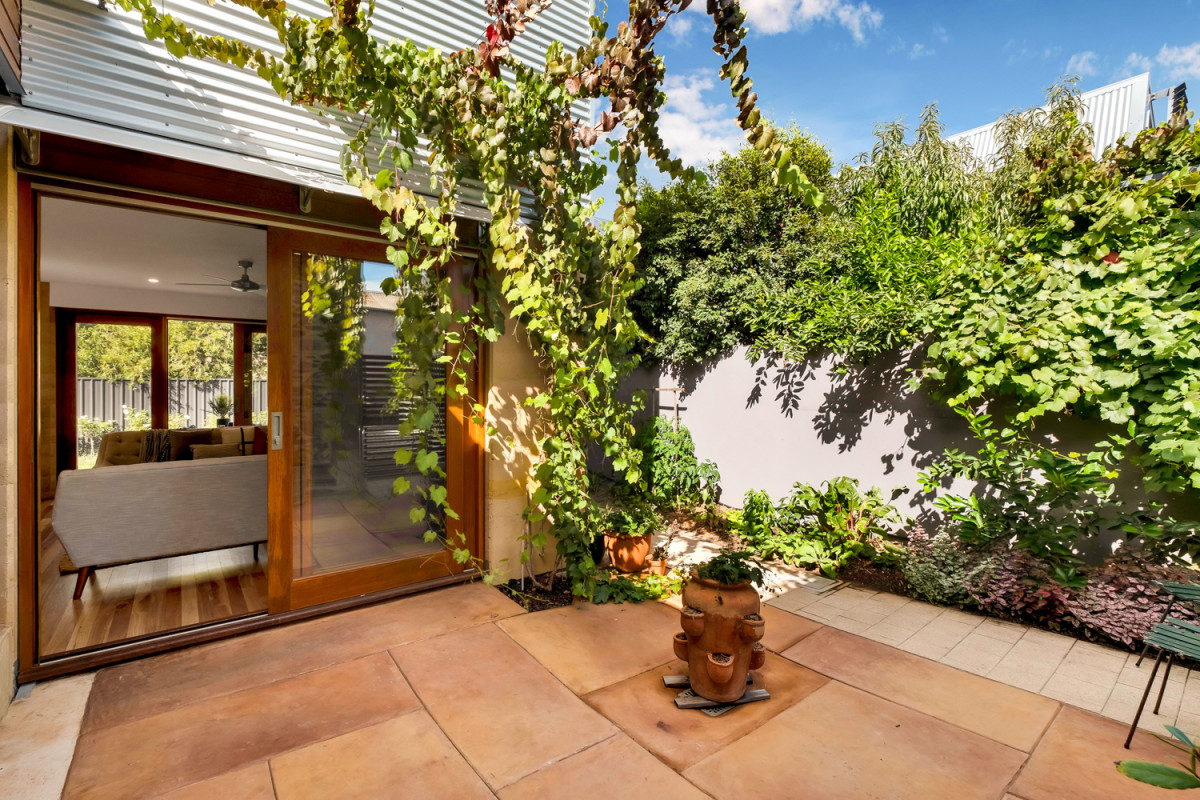