Help the kids to make dessert this weekend with this fun and easy recipe from Callum Hann. 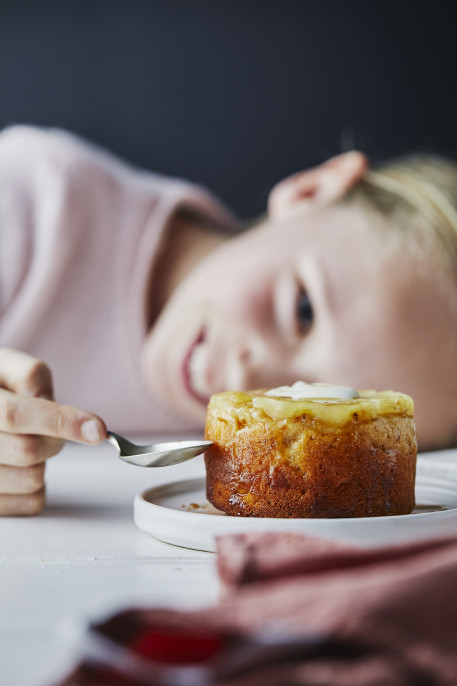 Arrange pineapple slices in the bottom of the ramekins and pour over half the syrup. Divide the cake batter between the ramekins. Bake for 12-15 minutes or until a skewer inserted into the cake comes out clean. Turn the cakes out onto serving plates, pour over the remaining syrup and serve with a dollop of yoghurt.

This recipe first appeared in the August 2019 issue of SALIFE magazine.